Some might argue that rodeo is America’s sport, but around these parts we’re all in agreeance that it’s undoubtedly Nevada’s sport. It’s true, Summertime in the West means rodeo season, and Nevada is home to quite a lineup of bronc buckin’, mutton bustin’, Americana goodness. Nevada is home to the Pro Bull Rider’s World Finals, the National Rodeo Finals and proudly hosts the most ranch hand rodeos of any other state. If you’ve come to Nevada and gone home without hitting up a rodeo, you didn’t truly experience the Silver State. It’s a bold statement, but we’re backing it. And if you’re going to hit up a rodeo, why not the OLDEST rodeo in Nevada? Rated as one of the top true western towns in the nation, so it’s high time you dust off that Stetson and head to Elko for the annual Silver State Stampede. Outfitted with rodeo cowboys and ranch hand buckaroos, the Stampede has been a tradition since 1913. Here are 18 reasons why you MUST to experience it.

1. The minute you roll into downtown Elko, you’ll feel like you stepped onto an unstaged western movie set. The vibe is RIGHT. 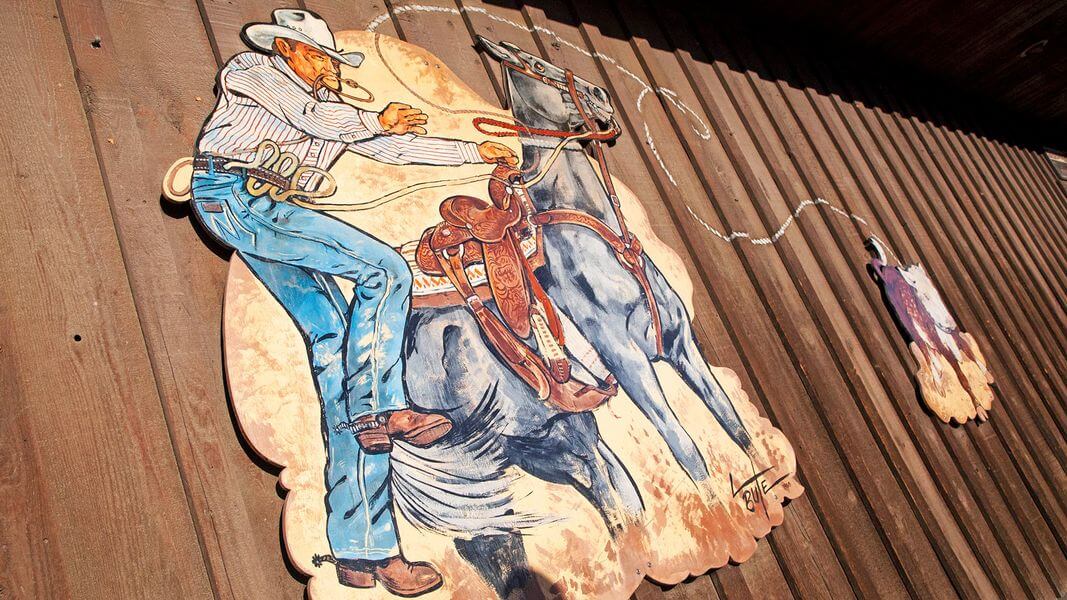 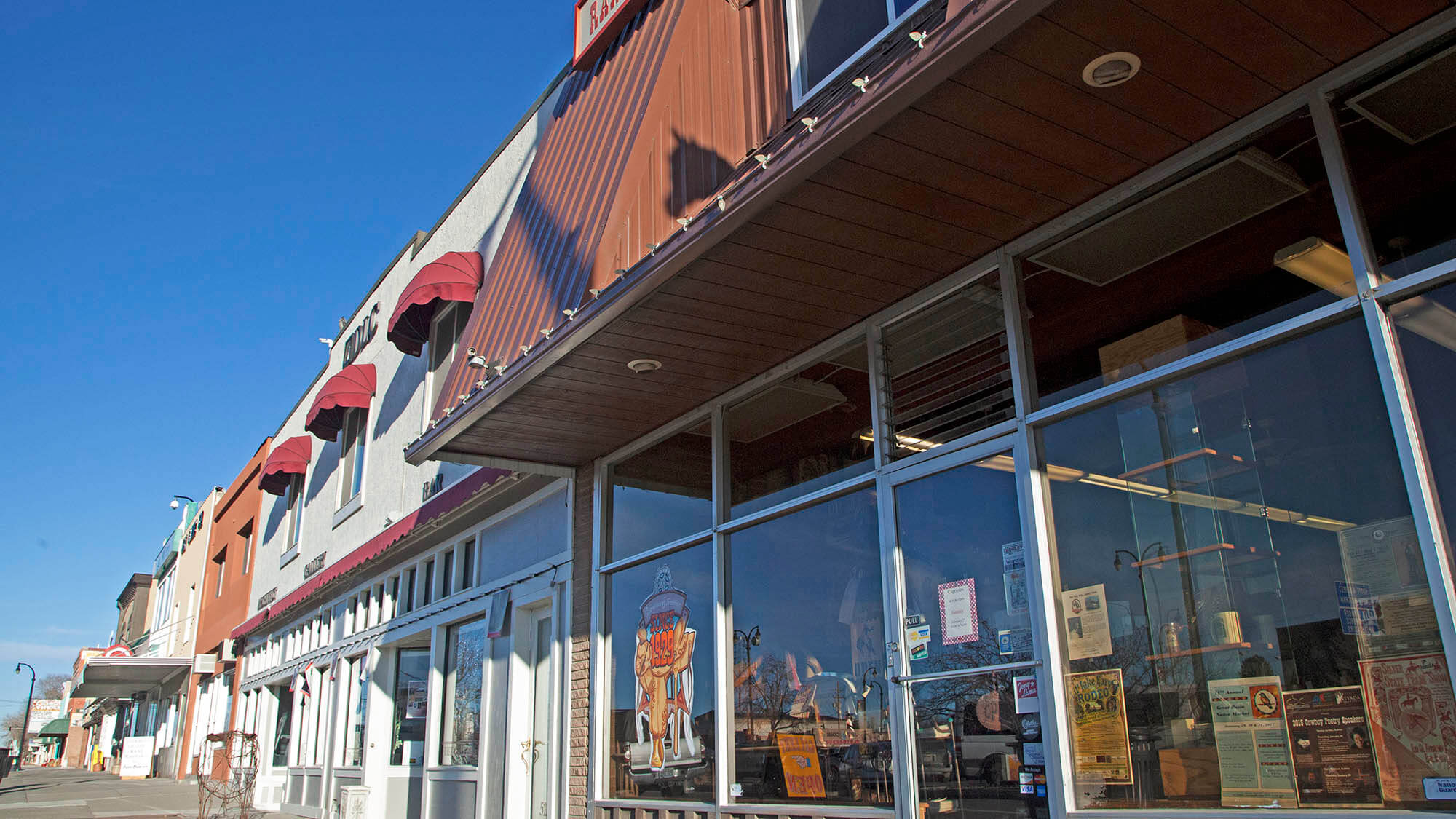 2. Drink in some Great Basin heritage at the Western Folklife Center before seeing the real thing in action.

3. Get learned on legendary vaquero, founder of the Silver State Stampede, and world-renowned bit and spur GS Garcia at J.M. Capriola’s, in their super-impressive upstairs museum. 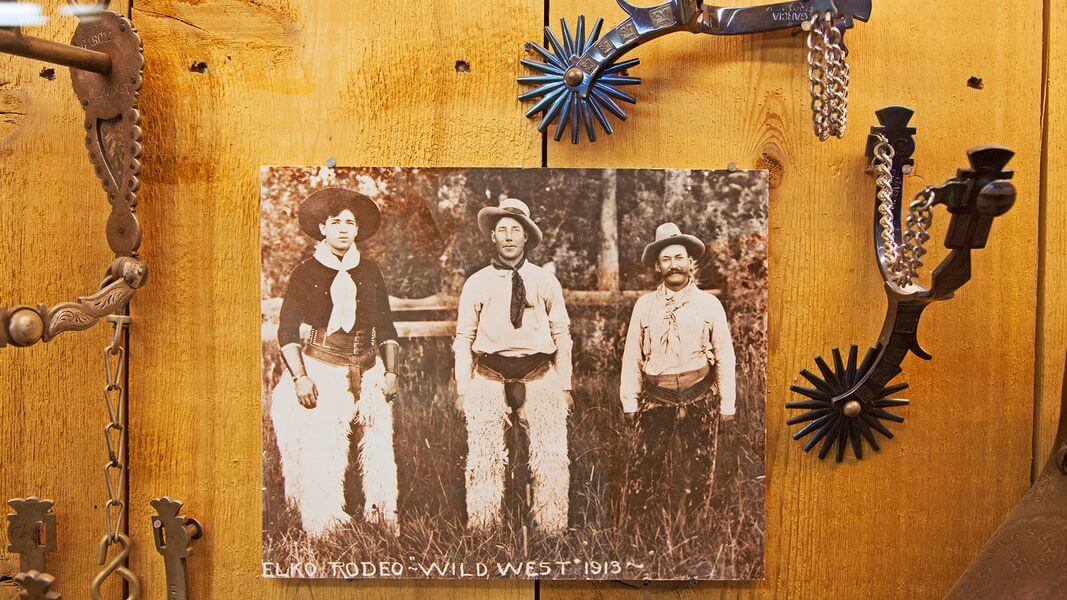 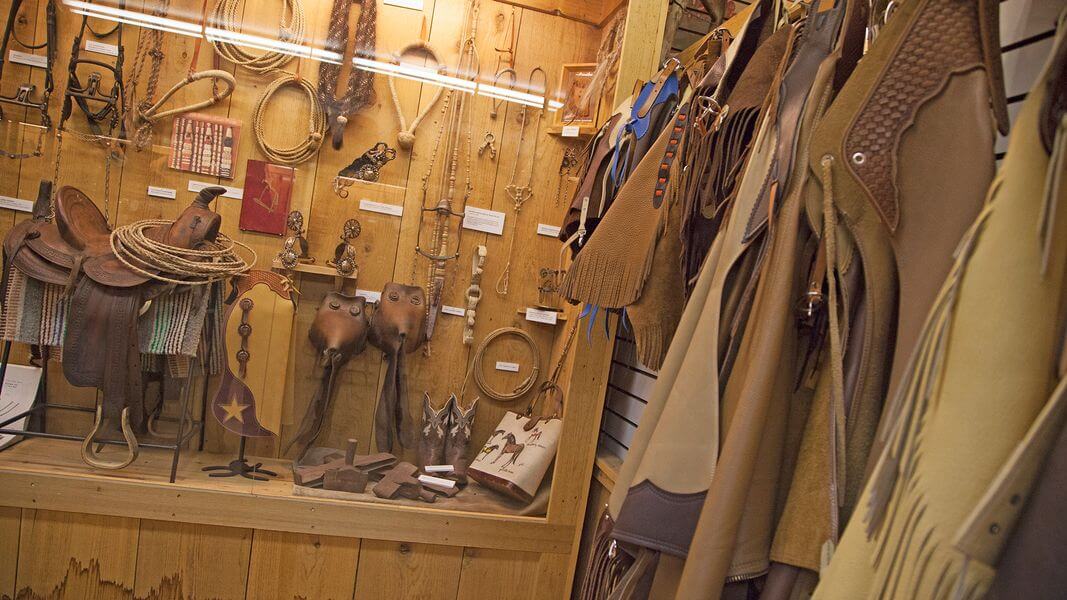 4. …And don’t forget to pimp yourself out in some seriously legit western wear for the Stampede. Custom hat creasing and impeccably crafted leather galore. 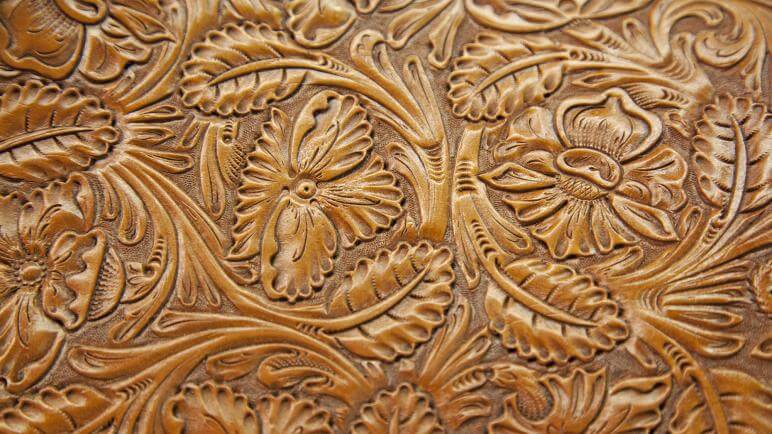 5. If you’re into more of a low-key but equally as legit western wear look, check out Anacabe’s for even more retail therapy. 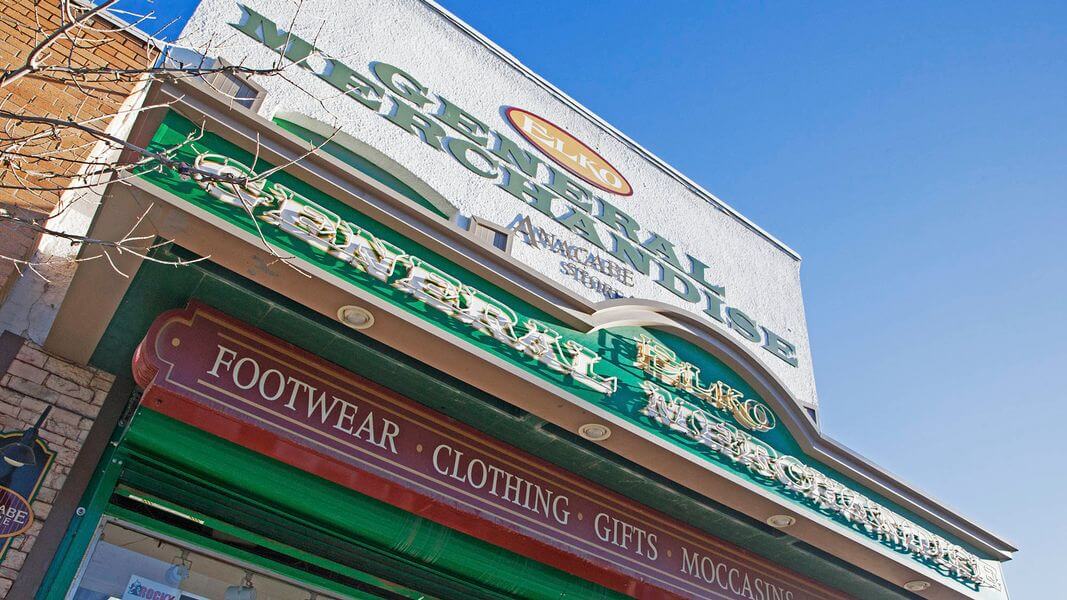 6. Since you’re here for the oldest rodeo in Nevada, you might as well pop into the oldest casino in the state, too. The White King, the world’s largest polar bear ever hunted, is on display here too. 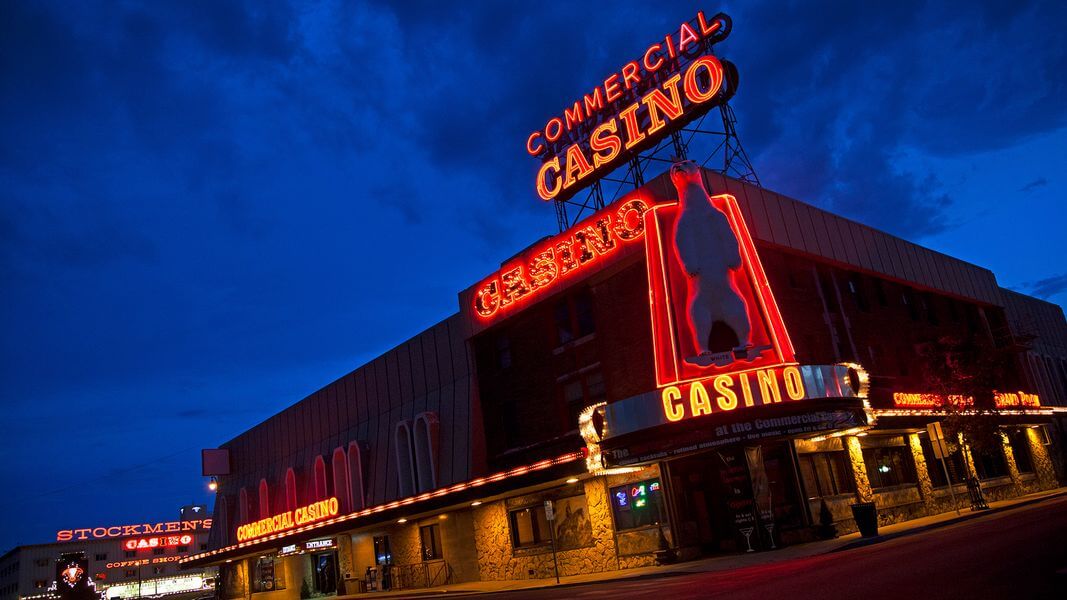 7. Before the Stampede fires up for the night, grab some grub with the locals at Machi’s Saloon and Grill. Travel Nevada Pro Tip: Order the oven roasted prime rib on the bone. To. Die. For. 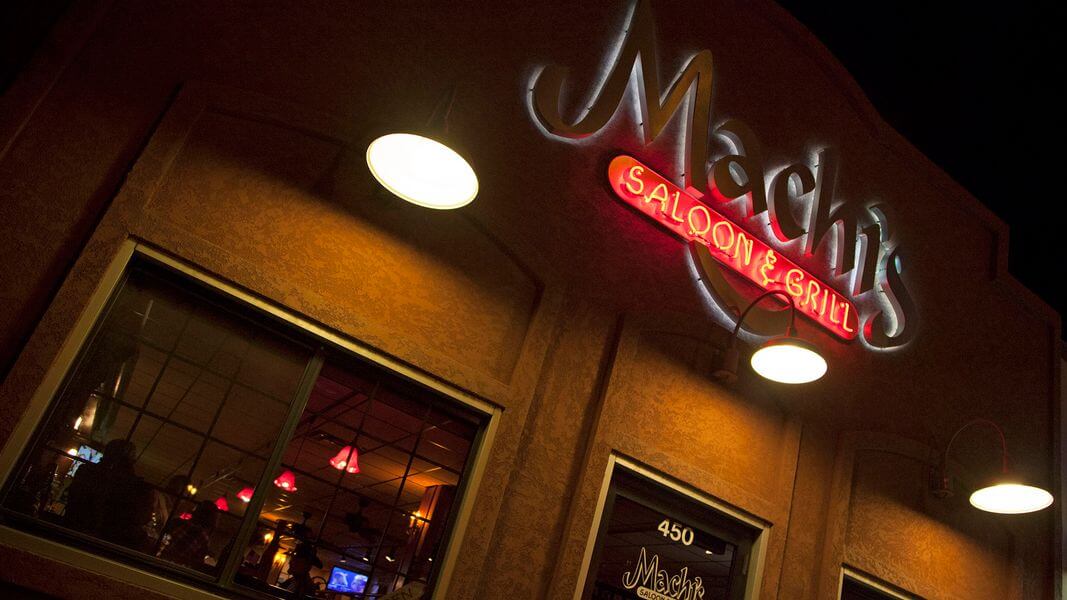 8. On your way to the arena, hit up Sherman Station. Once the largest log cabin in Nevada, this place totally gives you a humbling glimpse at life on the western front during the time the Stampede started. 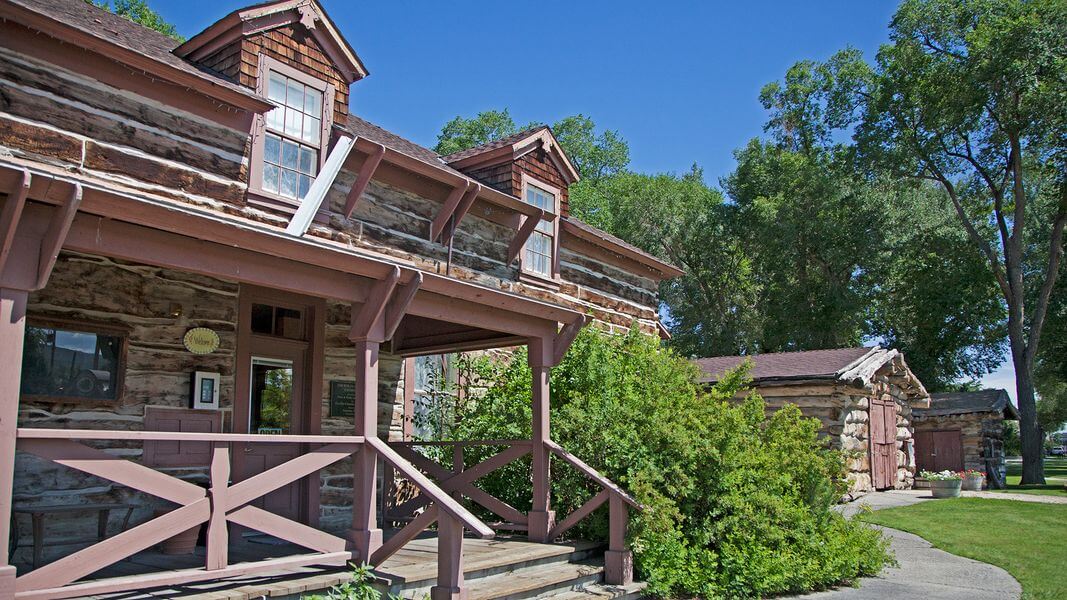 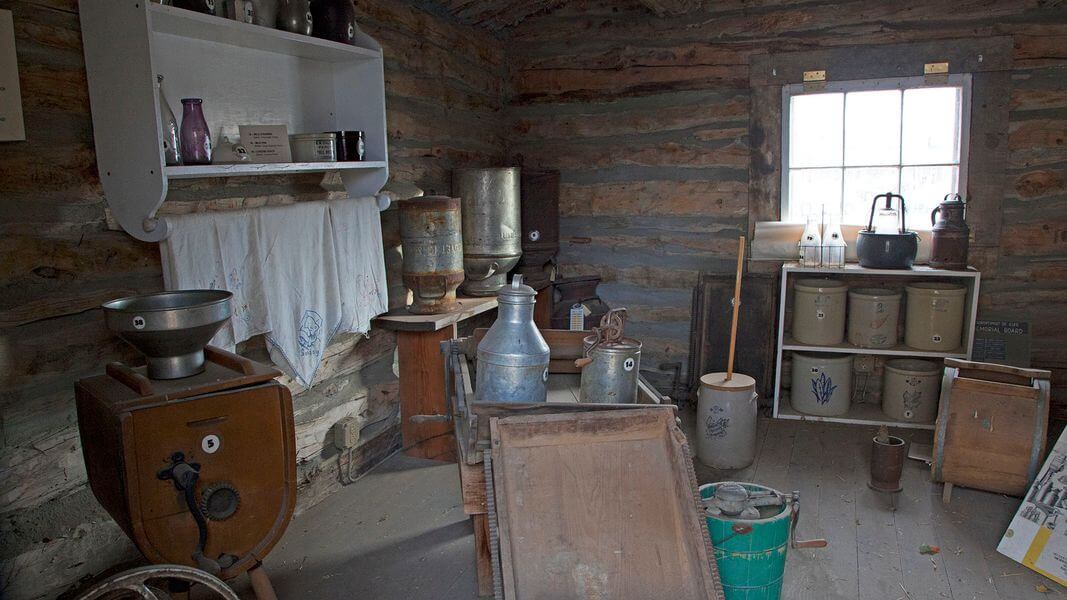 9. The arena and fairgrounds are THE CUTEST. Who wouldn’t feel welcome walking into this?? 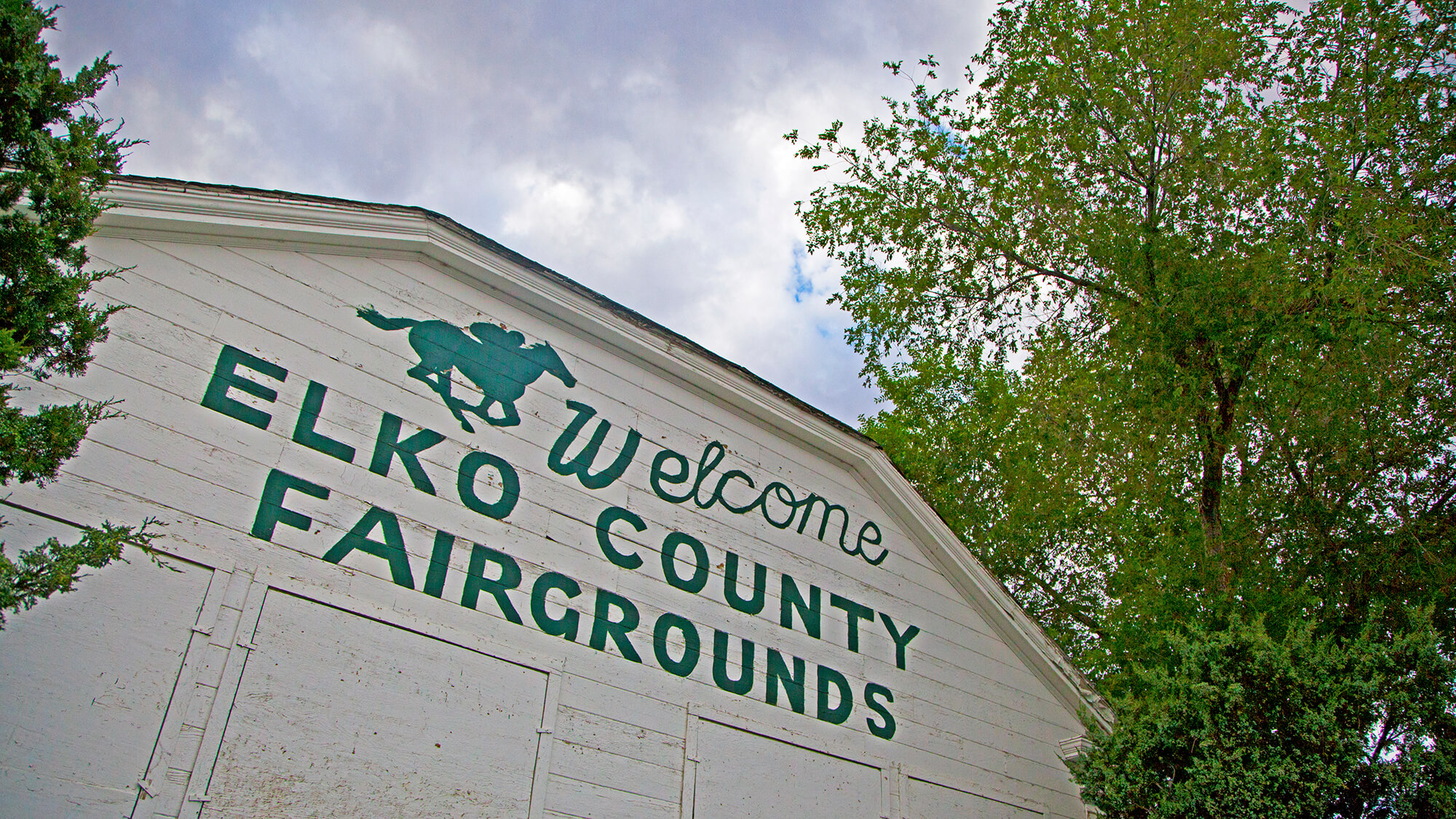 10. The only thing more adorable is the young bucs following in the footsteps of their families ranching traditions. 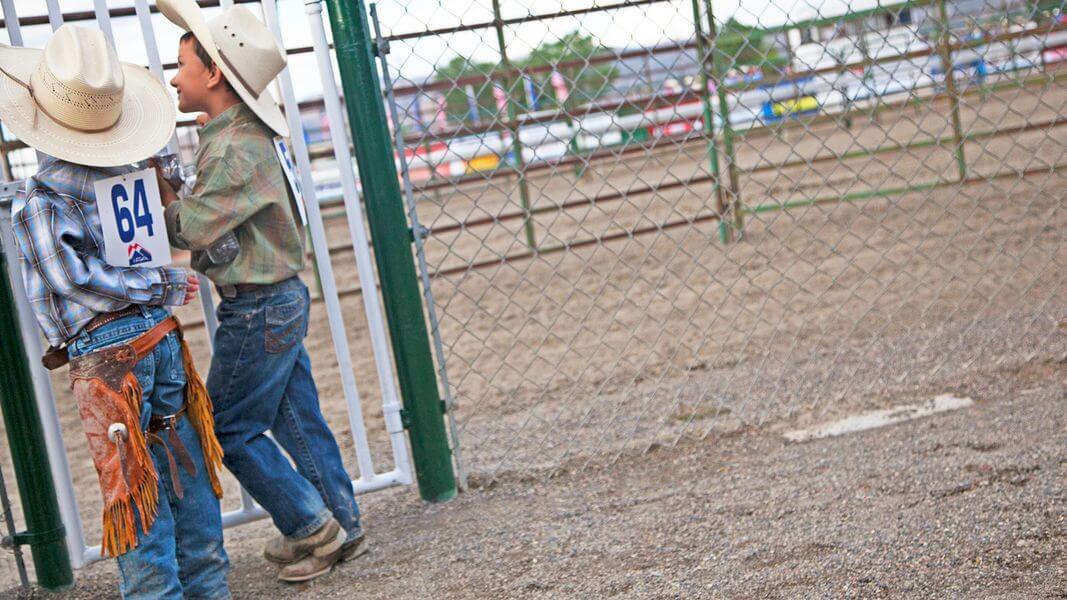 11. That’s not the only thread of heritage worth tipping your cap to. The Stampede honors a different distinguished rancher, or cowboy who has who has left their mark on Elko’s western heritage. They are the honorary Grand Marshall, and always get a standing ovation. 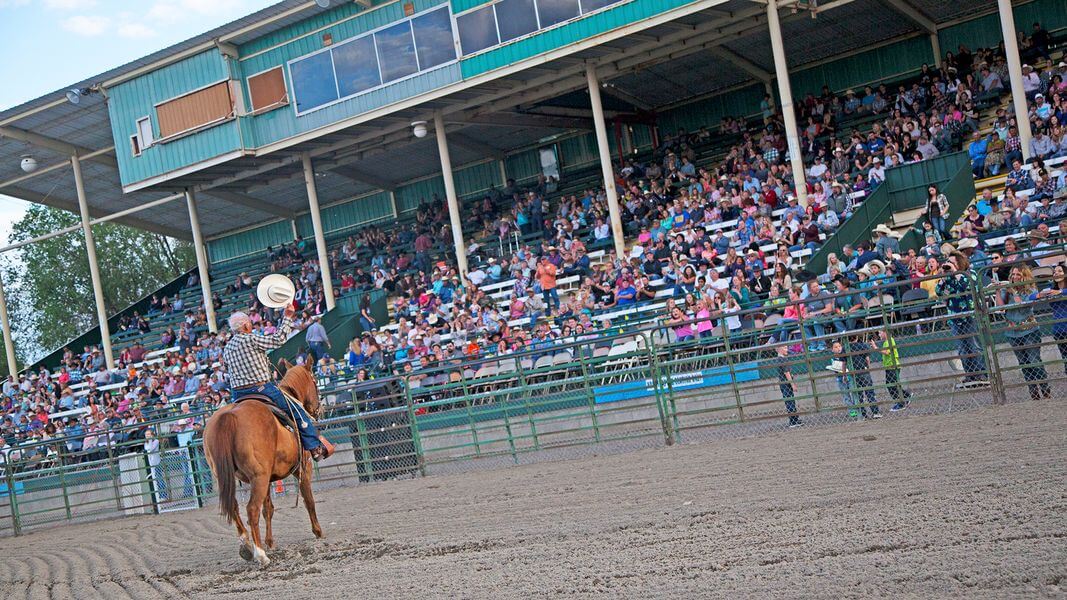 12. But, when the formalities are over, you’re out of the frying pan and into the fire with some down-and-dirty events. 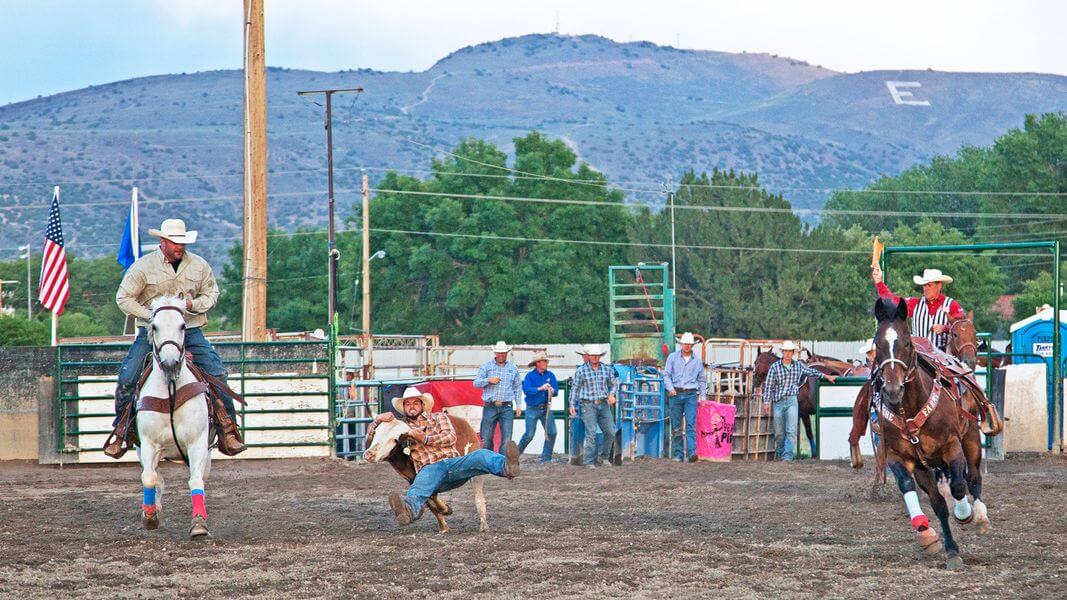 13. Plus, there’s never really a dull moment. The “half-time” entertainment is next-level material…the rodeo clowns have their game just as tight as the competitors. 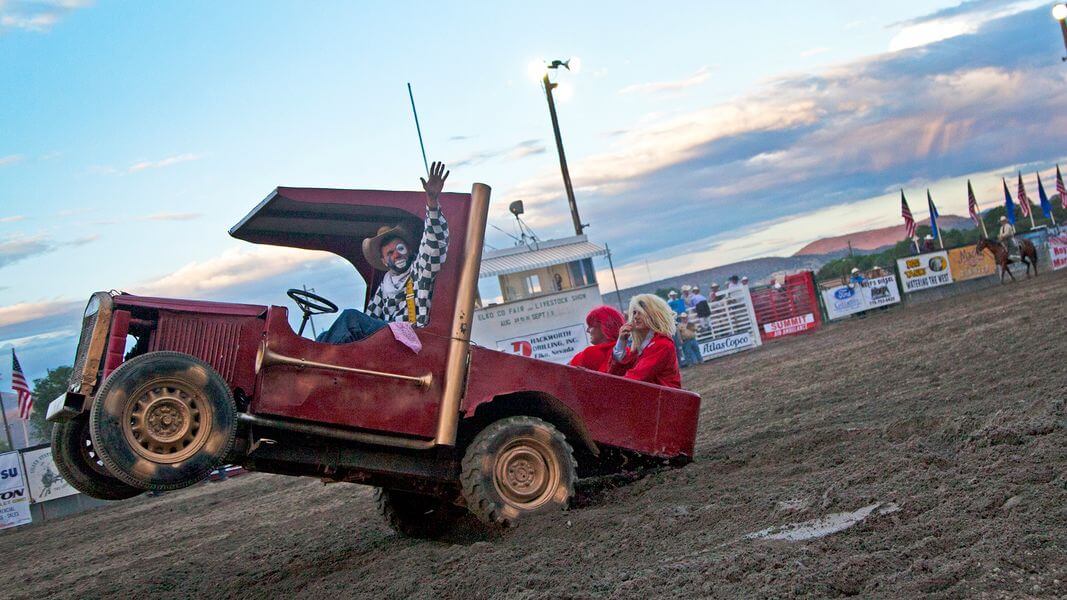 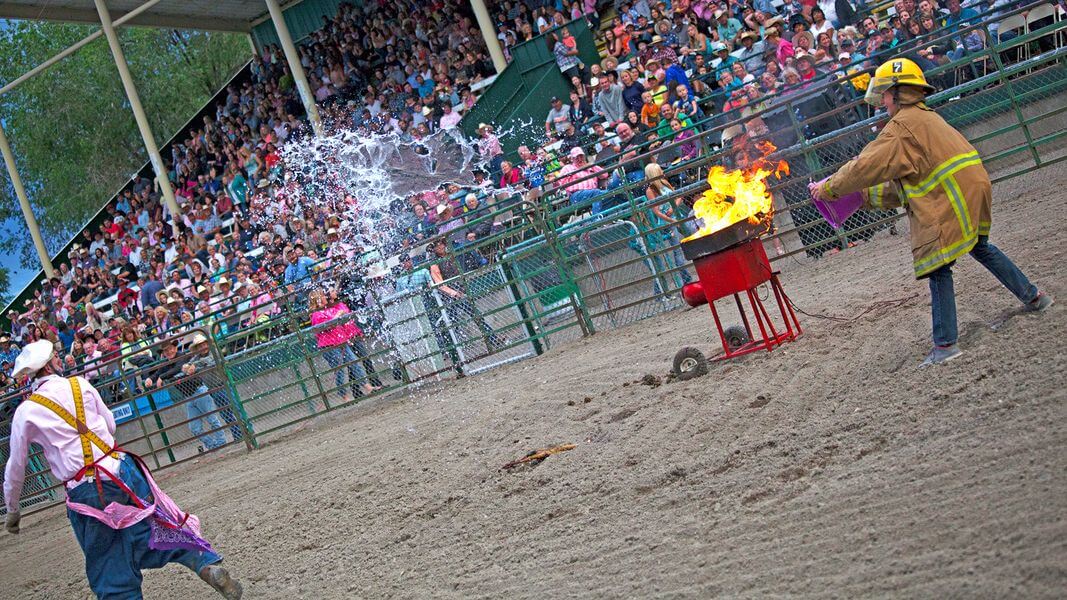 14. If you don’t feel proud to be an American here, there miiiight be something wrong with you. 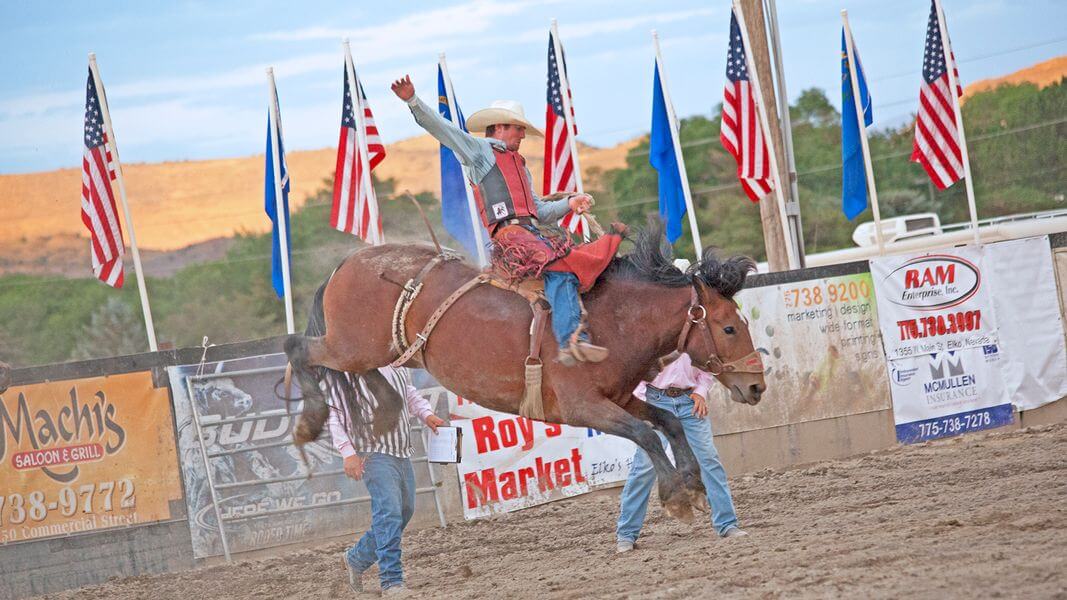 15. It’s a packed house, but worth it to elbow your way in for the main event: THE RING OF FEAR. 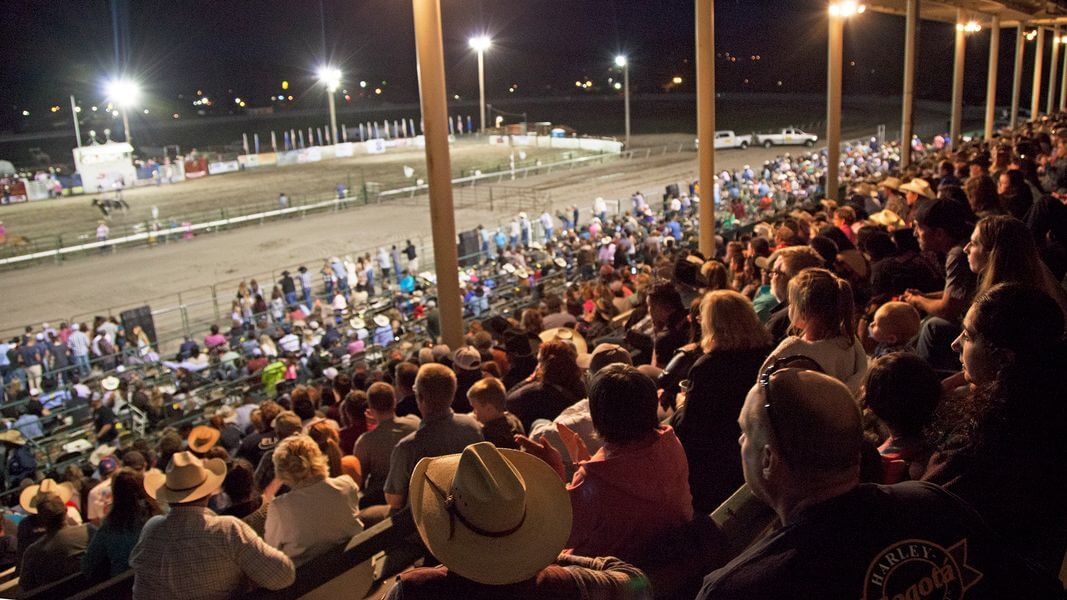 16. …When a handful of unshakable competitors strap on Kevlar vests, jump into the area, stand in chalk circles, and attempt to be the last man standing while a super angry bull is released. 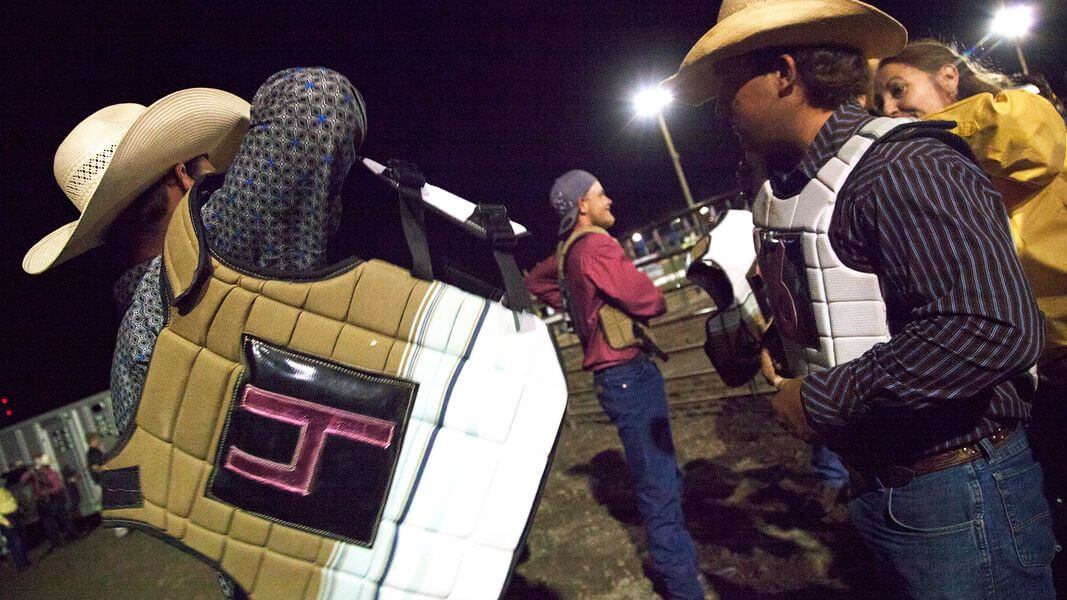 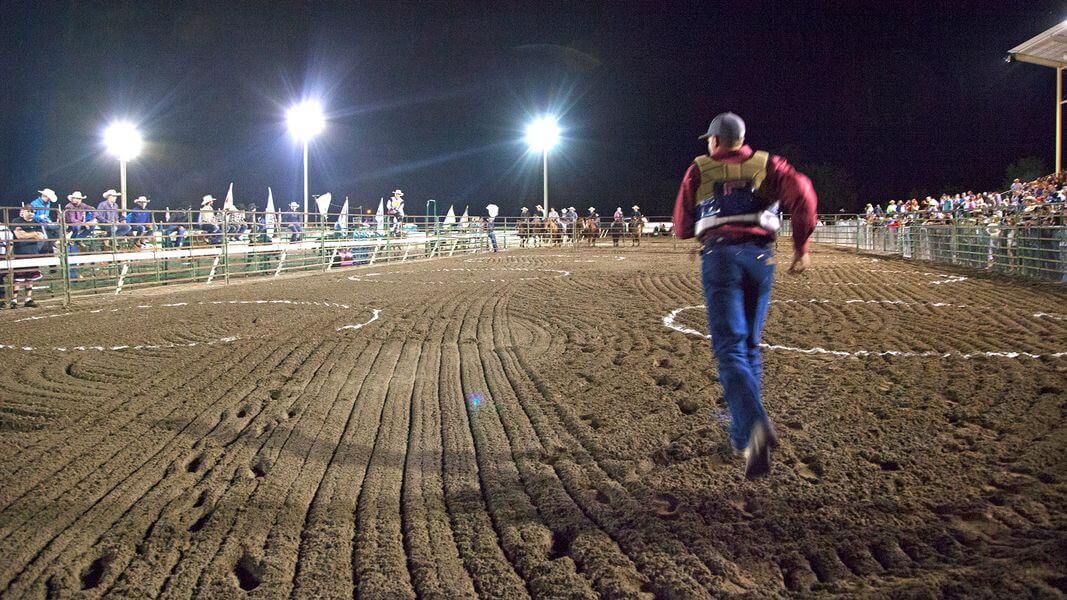 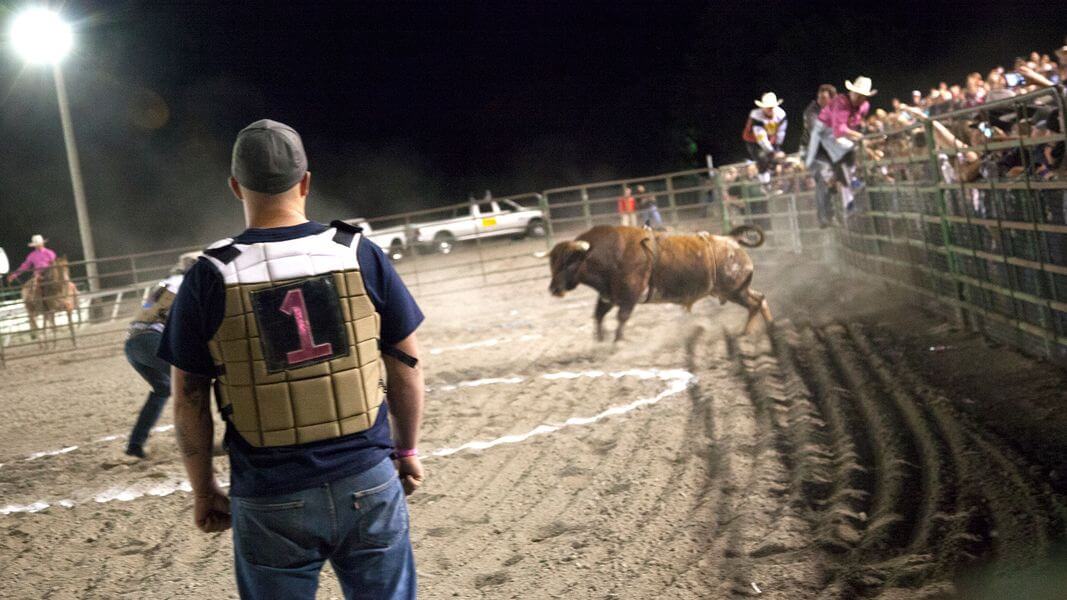 18. To cap it off, beeline it to the Cowboy Bar on the other side of the grandstand. Sip on some Pendleton and shake your moneymaker with competitors who are fresh outta the arena till dawn, when Day #2 in this Western paradise starts all over again. 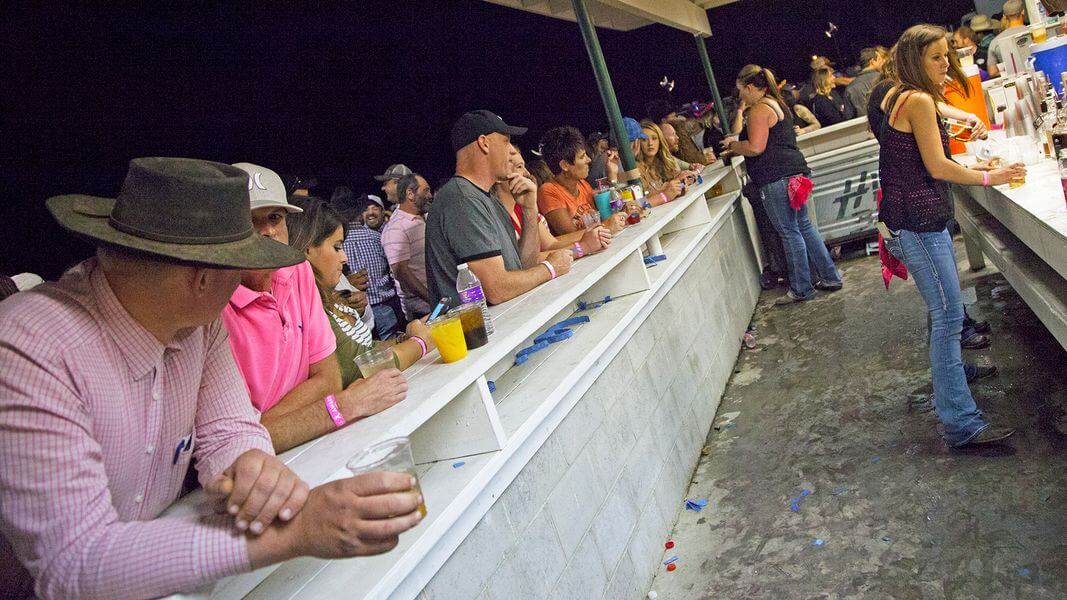 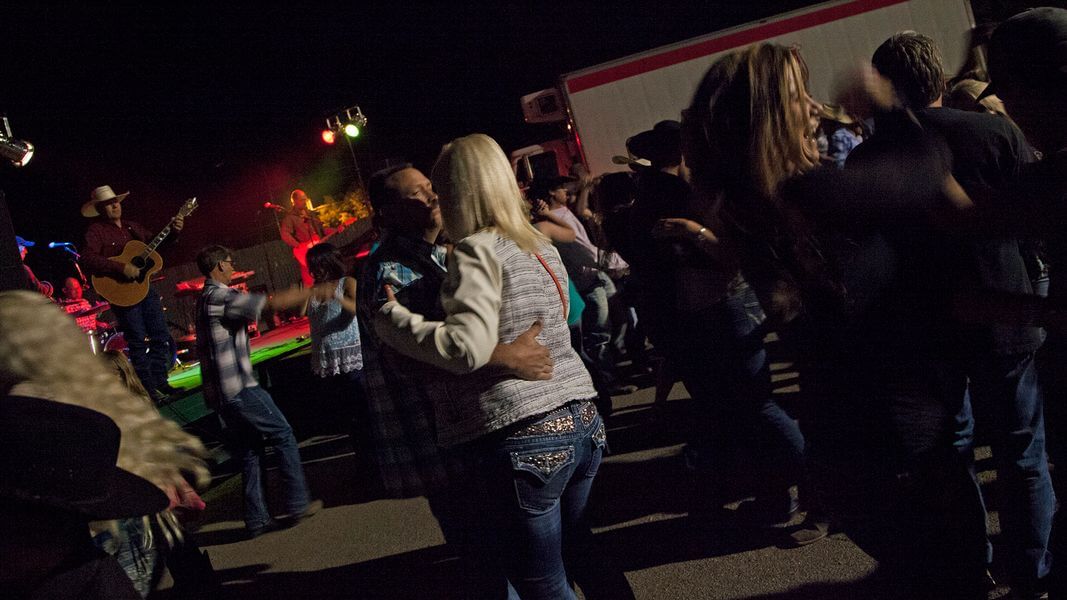