One thing is certain, never in my life have I signed a waiver consenting to an ‘ultra-hazardous’ activity. That is, until I decided to throw my remaining shreds of  conscious to the wind at Virginia City’s International Camel and Ostrich races. I’m no stranger to safety waivers, but this was a definite first. Sure, dangerous, but ‘ultra-hazardous??” Nope. To cap it off, I was scribbling my signature with a pen from an emergency medical center. Coincidence? Probably. Worrisome? Without a doubt.

It was a glorious morning in one of northern Nevada’s most interesting towns, and an ideal way to kick off the FIFTY-FIFTH [yes, crazy] Annual International Camel & Ostrich Races. Some of you may have heard of Virginia City’s storied Territorial Enterprise, but what you may not know is throughout time, the daily publication became known for its outrageous journalistic antics. Eventually perfecting notorious tall tales known throughout the West, some became legendary, including a story about fictional camel races to be held on the main drag through town. The San Francisco Zoo took this write up to heart, seriously showing up to compete. From there, Virginia City has embraced it as part of its heritage, and for more than 60 years, has turned it into quite the spectacle. 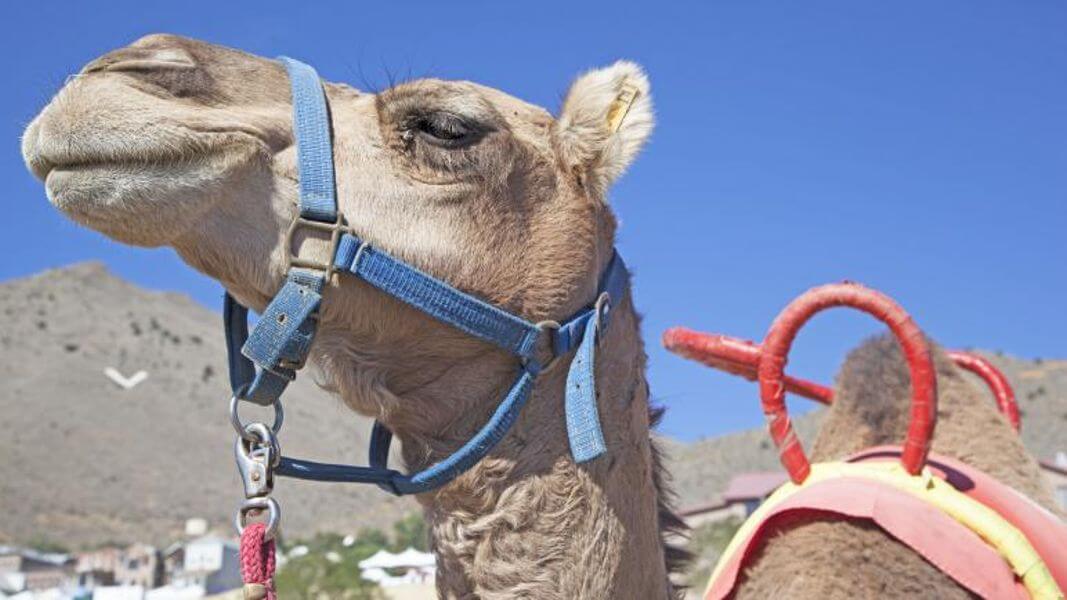 In all seriousness, I’m a self-proclaimed, hyper-sensitive freak when it comes to animals and adequate care. Pretty much disgusted with zoos and circuses, I was, without a doubt nervous to see what this whole situation was really going to be like. Happy to report that these caretakers show a great deal of love and compassion for the animals, constantly attending to their needs and adding a few chin scratches in there as the cherry on top. The animals were clearly content. Phew. 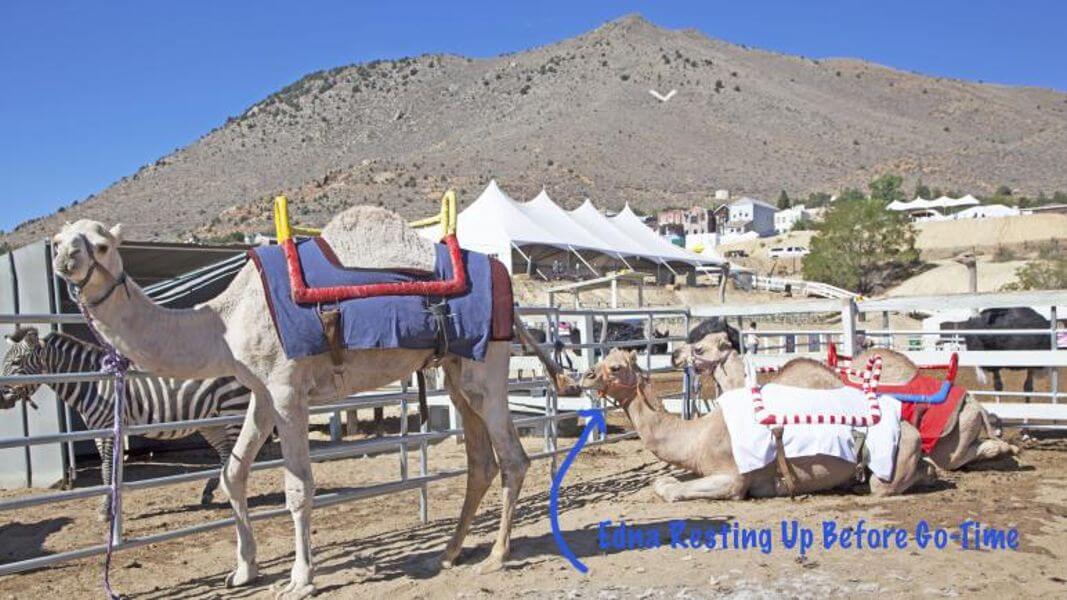 So in case you’ve managed to somehow overlook a camel’s anatomy, there’s a hump on its back. Like, as in a gigantic one. Relieved to know I didn’t have to ride this thing barebacked, I got a tame little ride around the arena as my Camel Riding 101 course. Apparently I was at an advantage because I was petite and athletic—at least that’s what the camel wranglers kept telling me—but sitting there, eight feet up, behind the camel’s hump with a concocted “saddle”, I just wasn’t buying it and a whole LOT of anxiety settled in. But, there was no time for any of that. 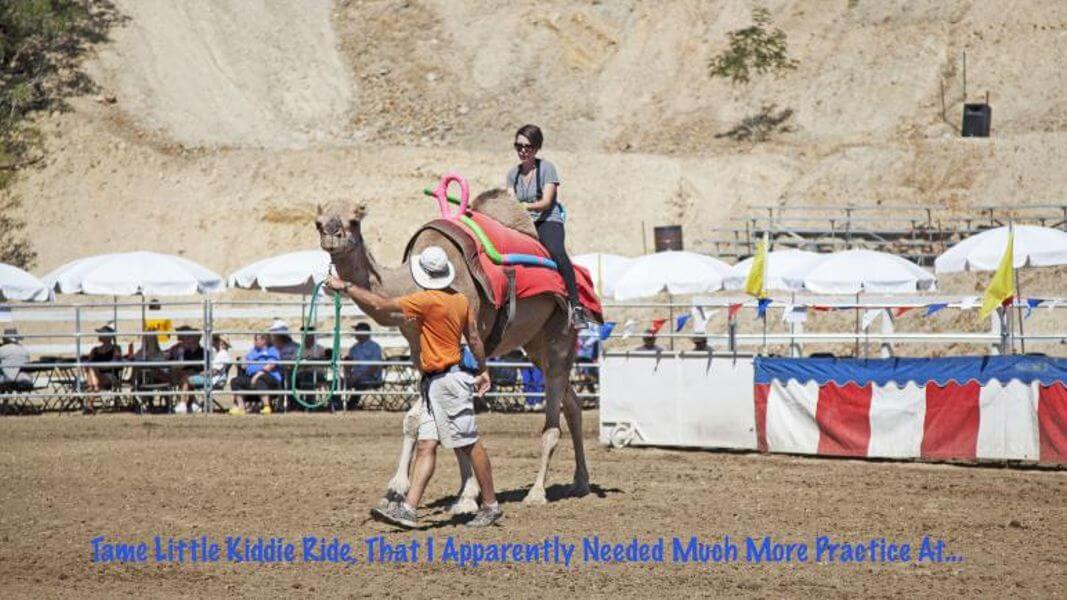 “SYDNEY! You’re UP!!!” was belted out and just like that, I was out of the frying pan and into the fire. Adrenaline propelled me—I had all the confidence in the world and was prepared to crush the entire race—all the way up until I was sitting in the bull pen on the very restless Edna the camel.

With a team of professionals briefing me, I was instructed to hold onto Edna’s fur around her hump, grip her reign, and try my best to just hold on for this unpredictable jaunt. At this point, I just had to hope for the best and was so ready to take on this once in a lifetime bucket list item! 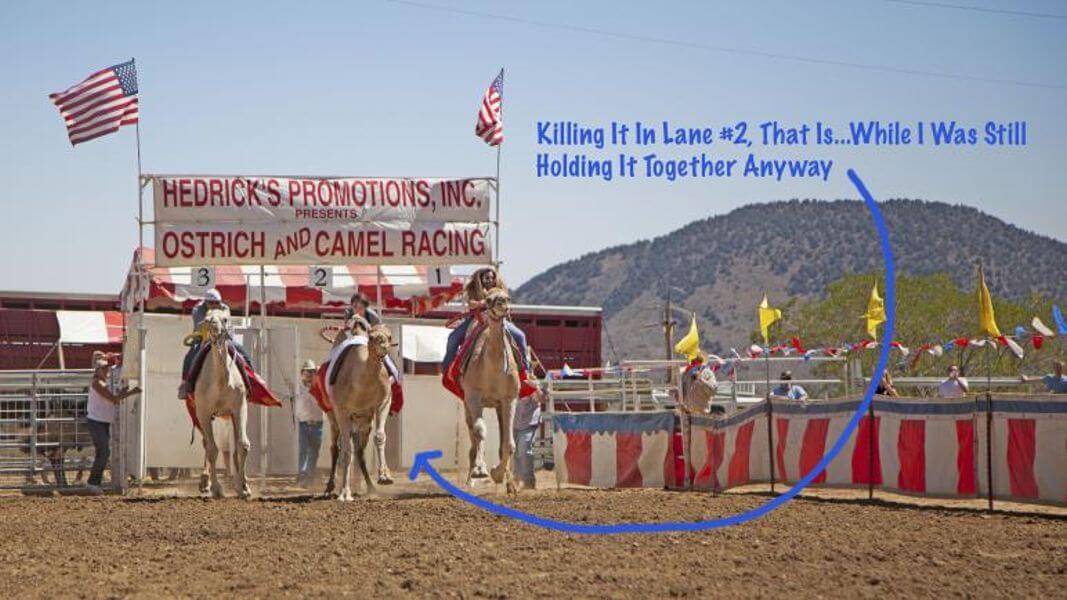 The gates flung open and Edna was off, like a big, goofy, uncoordinated horse galumping through the arena and I started to slip—and in a bad way. That’s right, despite my greatest hopes of looking like a glamorous, gallivanting Egyptian princess, I was a mess, and positive I was going over the edge, about to be trampeled by my competitor in chute 1. 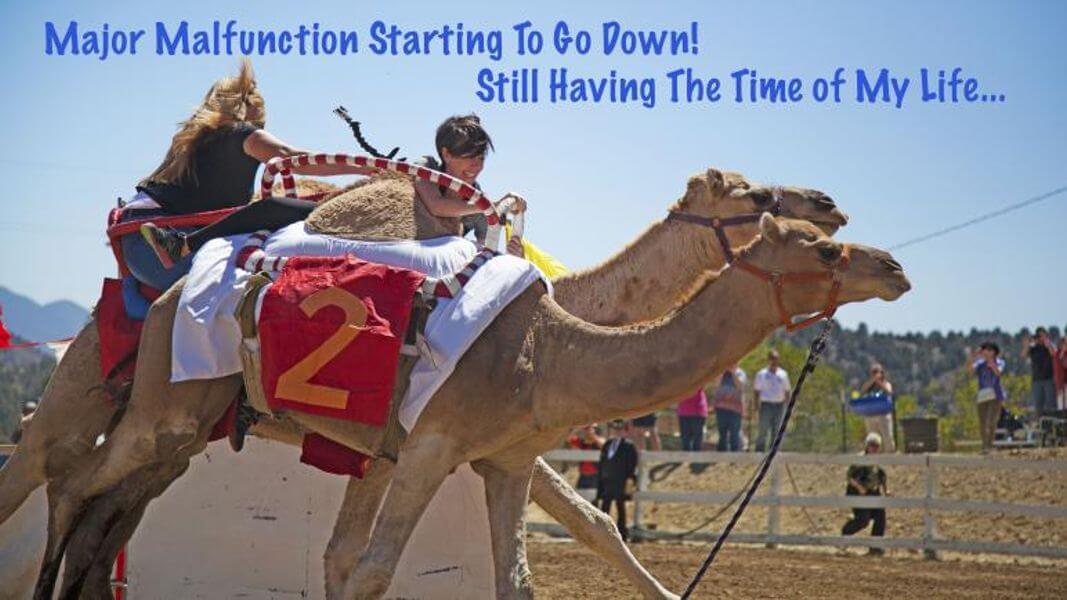 “Help Sydney! Help her out boys!” blasted through the arena’s sound system, and is all I seem to remember before almost blacking out from an overwhelming adrenaline rush. Lucky for me, I had not one, but three cowboys in shining armor bolt over to me, manhandling me back upright so I could finish the race. Come to think of it, had I had my wits about me a little more at the finish, I would’ve kissed all three of them right on the lips. I mean, to say they saved the day doesn’t even come close to what these guys did. 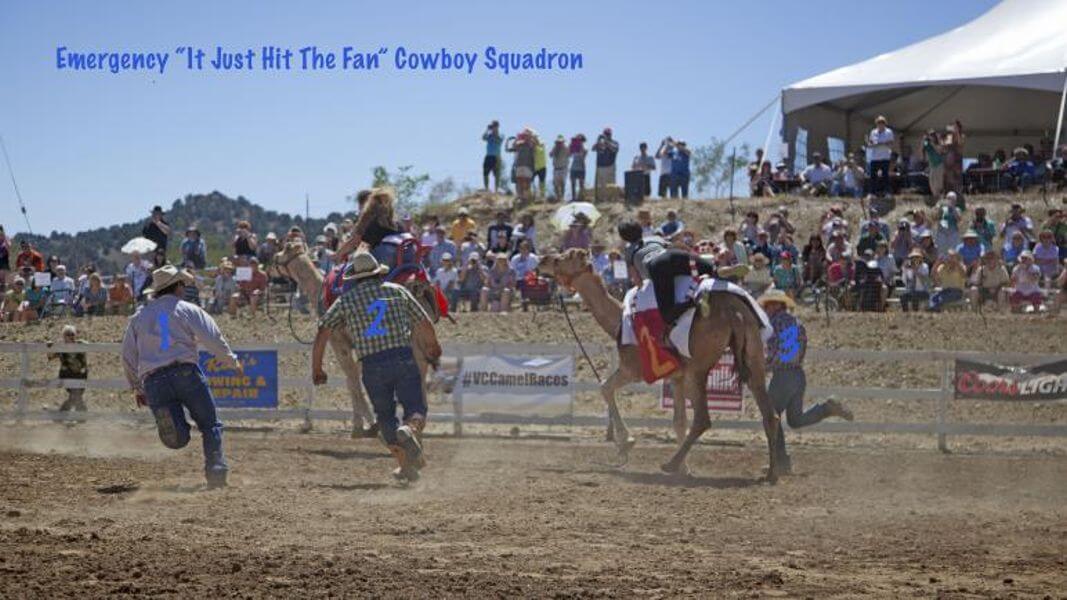 Despite my greatest intentions, I did not wake up flawless, was not so fancy and apparently couldn’t come close to doing the humpty hump. I’ve gotta tell you, after racing exotic cars, firing automatic weapons, zip lining 60mph down a canyon, skydiving, you name it…this by far is the most thrilling, limit-pushing, adrenaline-racing thing I’ve ever done in my life. Maddeningly satisfying, and my goodness, talk about something I will never forget. Beyond my wildest dreams, this one will certainly be tough to beat. I will obviously be back next year…maybe just enjoying from the grandstand! #WeirdNevada 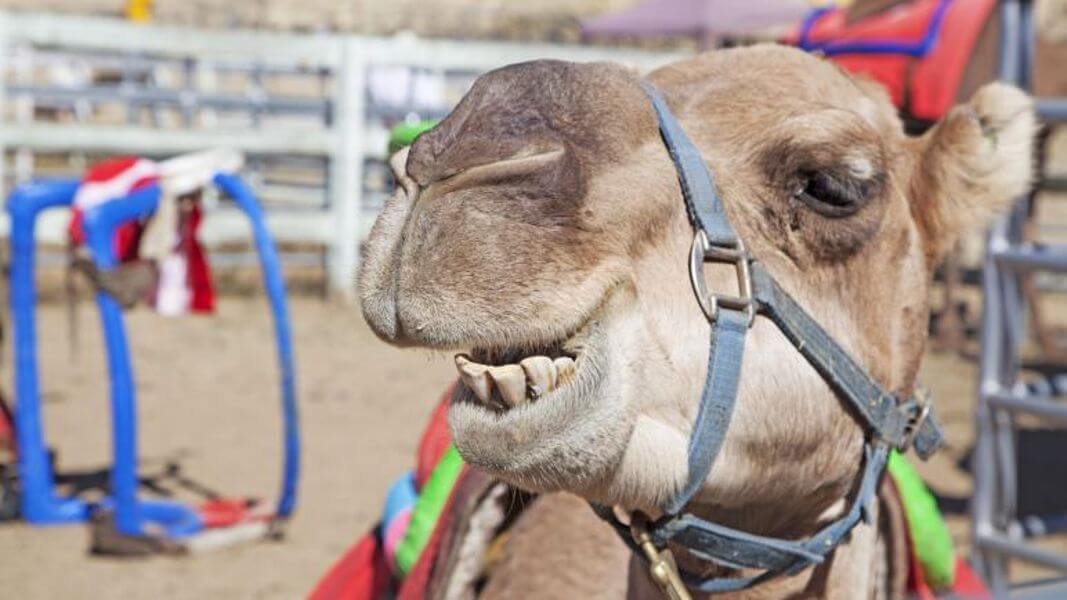 Toast Your Way Back to 1853 at Genoa Bar, Nevada's Oldest Thirst Parlor