The portions are huge, the drinks are plentiful, and the meal can last late into the evening. If the preceding sounds like a typical dinner with your family, you’re not far off. This is Basque family style dining, and if you’ve never experienced it before, consider this your introduction to the ultimate comfort food.

Basque culture and northern Nevada owe their mingling to the droves of sheepherders that made their way to the Silver State during the mining booms of the mid to late 1800s and into the 1900s. While mining was the catalyst, most Basques discovered they could make better money providing meat and wool to miners, and Nevada’s ample open spaces proved the perfect fit for their herds. Basques in Nevada often stayed near their fellow countrymen in boardinghouses. The group dining rooms of these homes away from home marked the beginning of Basque family style dining in Nevada. While few, if any, still hold boardinghouse roots, northern Nevada’s Basque restaurants remain as small pieces of the “old country.”

When Louis Erreguible came to Reno from the French Basque Country in 1948, the 22-year-old was, like so many Basque immigrants before him, supposed to be a sheepherder. He quickly learned this career path was not for him and got a job as a cook in downtown Reno. Over the years he worked at various restaurants and odd jobs until he decided to go into business for himself. He bought the Lincoln Hotel on Highway 40 (4th Street today) and opened Louis’ Basque Corner. 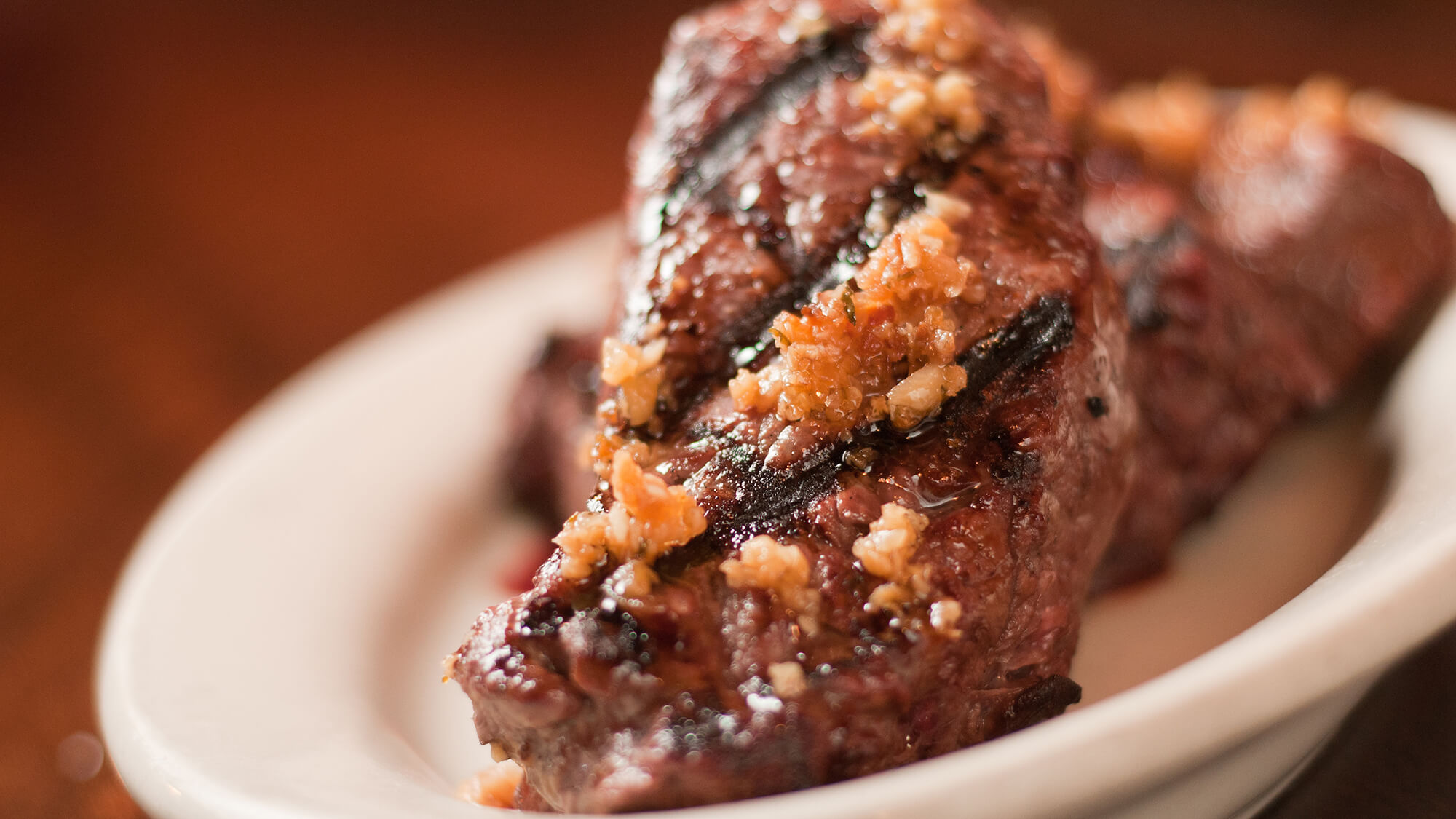 More than 42 years later, the restaurant is one of Reno’s most loved lunch and dinner destinations. Lorraine Erreguible, Louis’ wife, explains why the restaurant holds such a dear place in the hearts of so many Renoites. “You come as a customer and leave as friend,” she says.

The offerings include everything the discerning Basque diner would expect: red table wine, French bread, soup, salad, Basque beans, French fries, and a main dish. With the exception of the entrée, everything is served family style in bottomless bowls that are passed around the table.

Food experts such as Jeff Smith (“The Frugal Gourmet”) and Guy Fieri (“Diners, Drive-Ins, and Dives”) have praised Louis’ lamb shanks, rabbit, sweetbreads (which contain organ meats and other overlooked delicacies), and oxtail. On my visit, the oxtail lived up to the hype. The tender, fall-off-the-bone meat was speckled with just the right amount of fat to catch every morsel of flavor. The lunch menu includes the all-out family style experience, but also offers sandwiches and tapas for a quick, light bite.

My fondest work memories are those times when I forget that I’m actually working. This has never been truer than during my visit to JT Basque Bar & Dining Room in Gardnerville. Immediately upon entering the crowded restaurant, I am greeted by J.B. and Marie Lekumberry, the brother/sister team who own and operate JT’s, and invited to join them and their family for dinner. A few moments in their company reveals that they know just about everyone in the restaurant—this observation is confirmed numerous times throughout the meal, including during three separate singings of “Happy Birthday,” in which J.B. and Marie actually know the names of the celebrants. 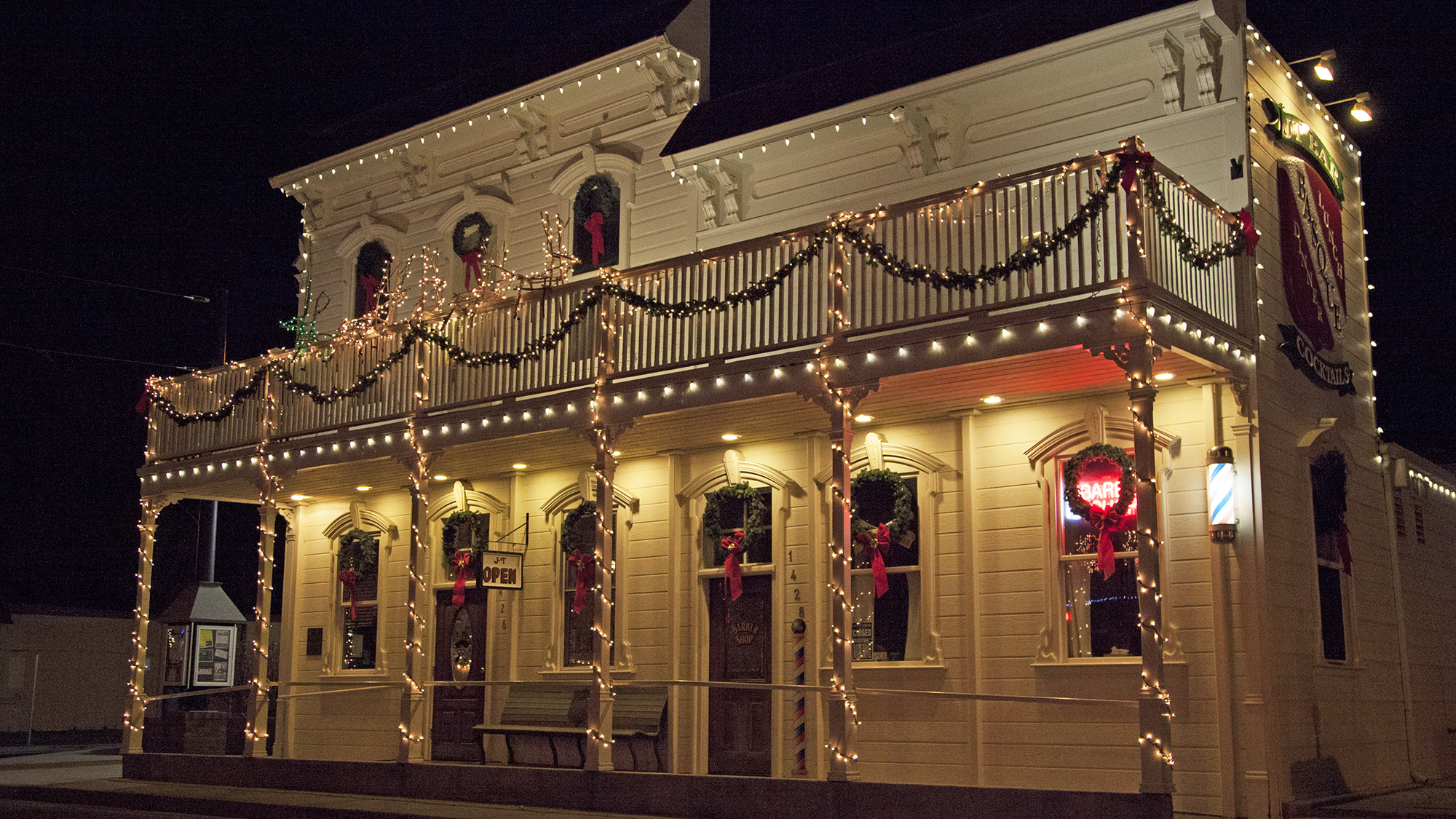 JT’s has been a Carson Valley staple for 50 years and celebrates its golden anniversary on April 1. Like many present-day Basque restaurants, JT’s was a sheepherders’ hotel until the mid 1970s. The building, moved from Silver City in 1896, is more than 110 years old.

It is not often that diners get to enjoy an exquisite meal in a historic building—at The Martin Hotel, a side of history and culture comes with every meal. The hotel, built some time before 1881 according to a dated picture of the town, is on the National Register of Historic Places. 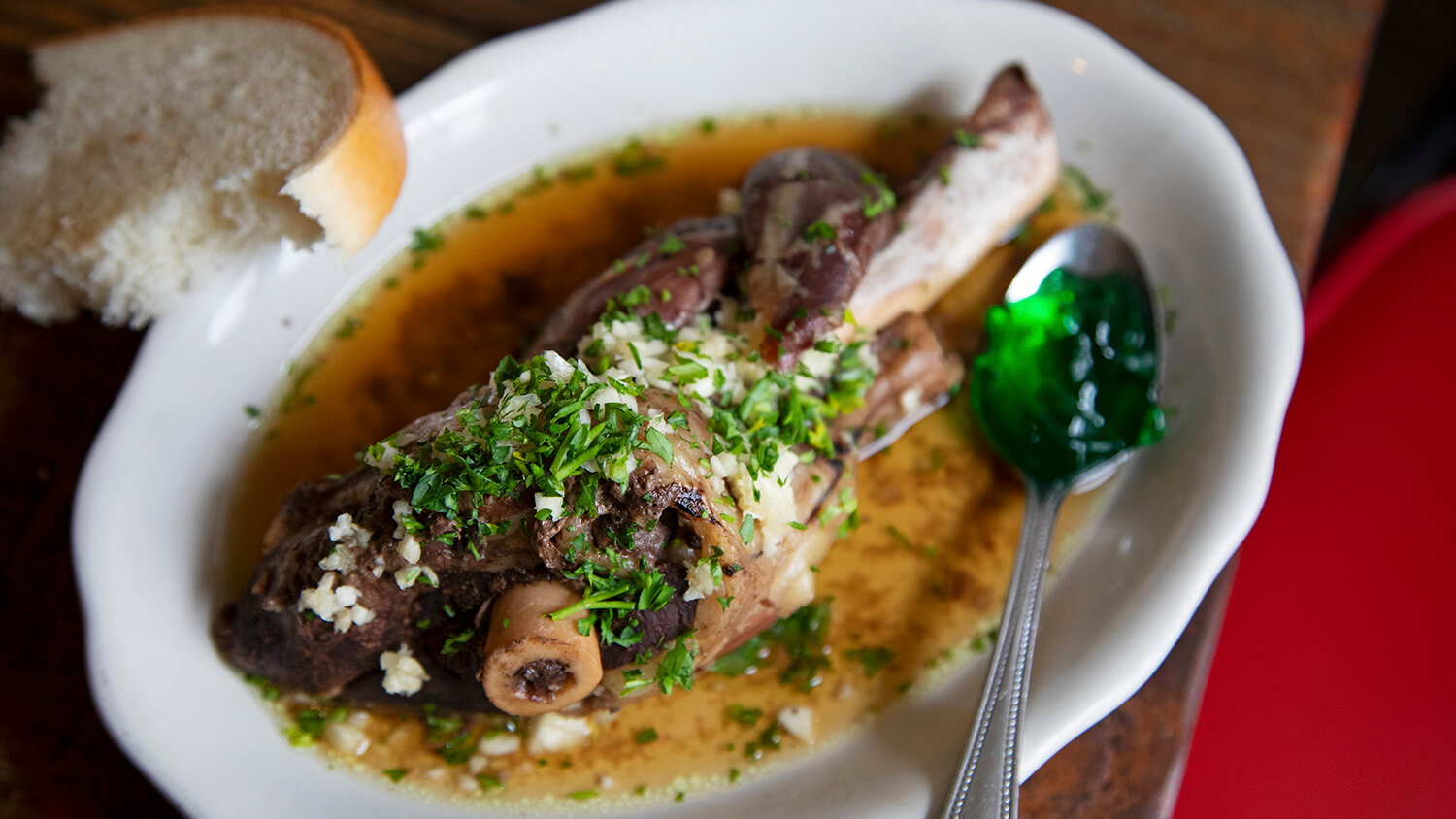 To follow the trend of memorable and historical, the food at The Martin approaches legendary. “Sil and Rosie Uriguen [former owners] were the heart of our recipes,” says current owner John Arant. “We have stayed true to the high quality and tradition they built here.”

Arant says, with all due respect, that two of Winnemucca’s best cooks are at The Martin, and accolades from national media confirm this claim. “…Hands-down best meal I’ve had on the road,” writes New York Times reporter Jennifer Steinhauer in an October 2008 column. While the “tender, falling-off-the-bone [lamb] shank” is the hero in Steinhauer’s account, Arant and I agree that the signature Steak Martin stands firmly atop the menu. The 16-ounce Choice Black Angus rib eye is grilled with lemon pepper and topped with a heaping mound of sautéed mushrooms and garlic.

Try to say the word “Basque” in Elko without someone immediately saying “The Star.” The words are practically interchangeable in Elko-speak, and residents are ready and willing to inform even a complete stranger of this. That is because The Star Hotel & Restaurant has been serving up some of Elko’s best family style Basque food for a century. The restaurant will celebrate its 100th anniversary in July to coincide with the city’s annual National Basque Festival during the Fourth of July weekend.

Current owner Scotty Ygoa says The Star has been Basque-owned for its entire 100 years. “This place has a lot of history,” Ygoa says. “Our focus is keeping the traditions alive and hopefully keeping [The Star] around for another 100 years.” If the food is any indication, 100 more years might be an understatement. The Star is known for its house-aged and cut beef. One bite of any of the enormous, flavorful steaks will make you immediately grateful for the extra attention the restaurant pays to the meat. Family style dinner includes all the usual suspects, such as soup, French bread, salad with an unmatched house dressing, Basque beans, vegetables, fries, and spaghetti. 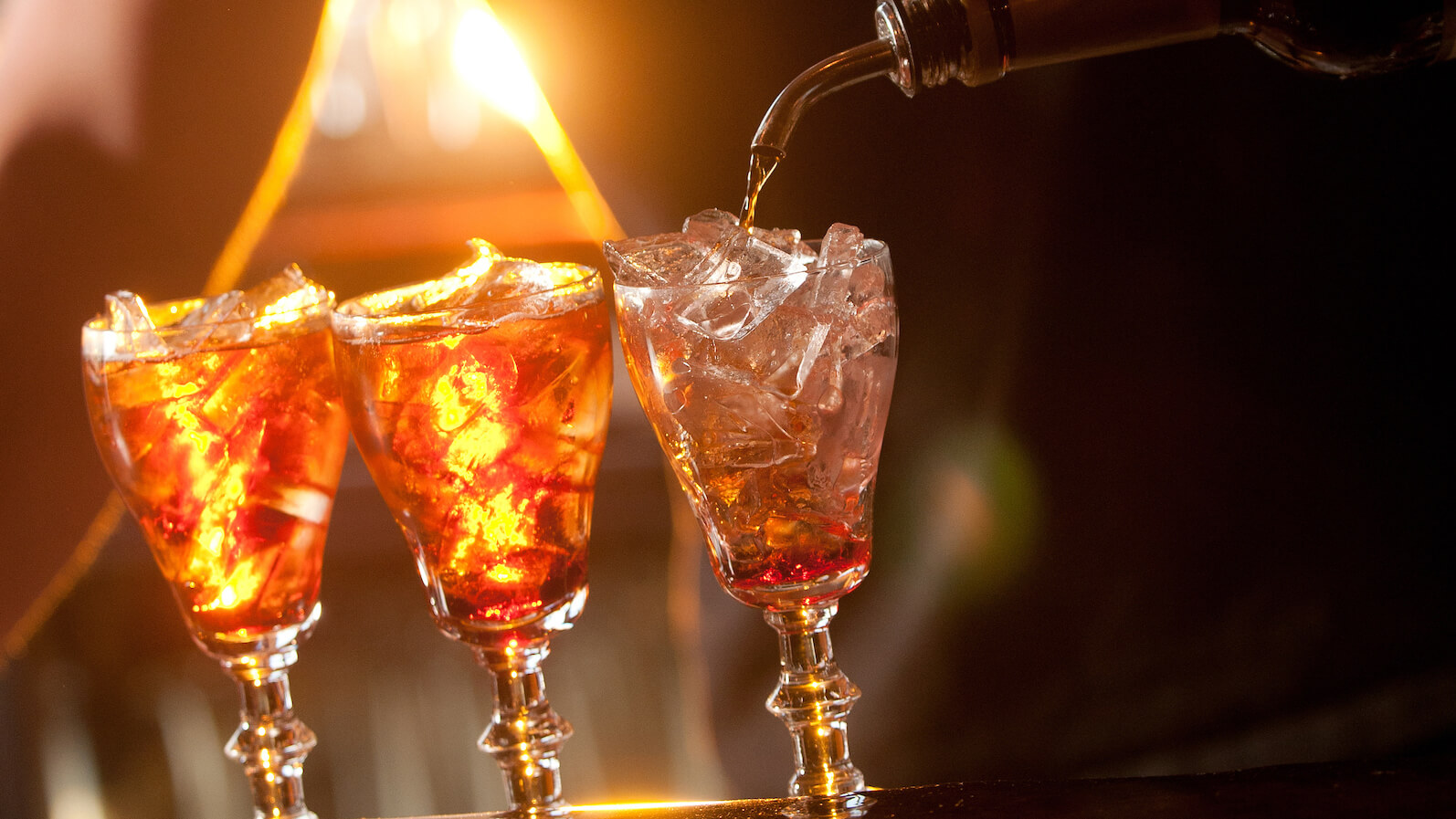 Spend any time around a Basque restaurant, and you are bound to be introduced to the staple drink, the Picon Punch. Made with Picon liqueur, grenadine, soda water, brandy, and a lemon twist, the drink packs a punch… pun very much intended. #NVEats

Charmed By The Cowboys in Elko

Binging On Basque With Some Real Buckaroos

A Heartfelt Hunk of Nevada's Past, With A Side of Garlic