Drinkin’ In Some History In Tonopah

Driving between Reno and Las Vegas can be a long, dry trip. The Nevada desert stretches for miles in between major (and even minor) cities along Nevada’s Free Range Art Highway, and after a while, even the sight of ghost towns can set your mind to thoughts of sumptuous meals and thirst-quenching libations. 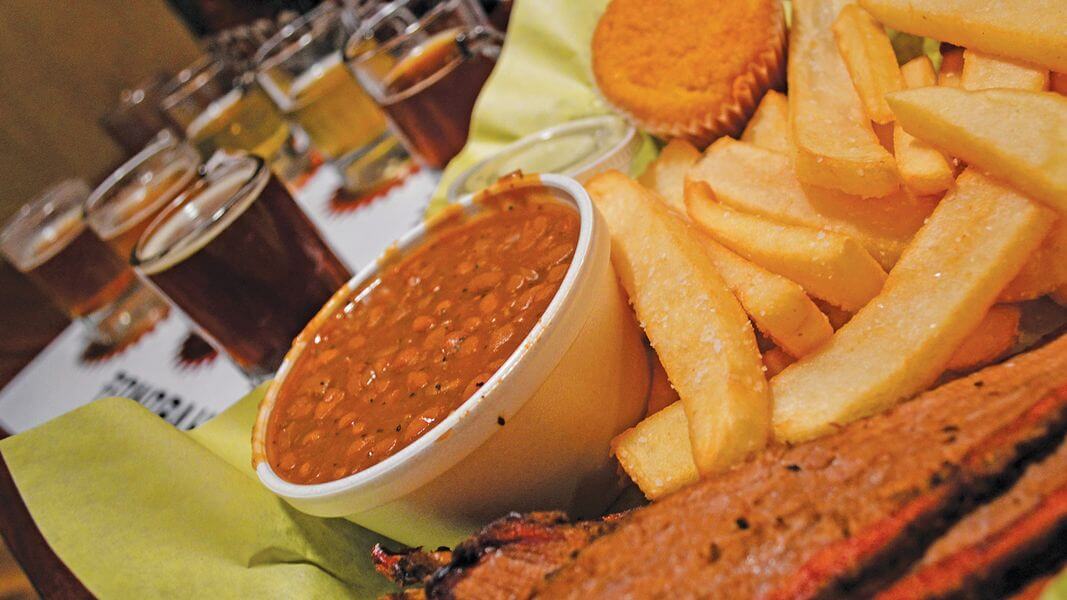 Avoid succumbing to any mirages, and schedule a stop at the Tonopah Brewing Co. Before you think, “A brewery in Tonopah?” consider this: The first permanent stone building in the town was the Wieland Brewery, built in 1901. Part of that structure still stands—and is listed on the National Register of Historic Places—as a monument to the role beer played to the area’s mining population.  “The idea of the brewery came about as we familiarized ourselves with the history of the town, and realized back in 1900, beer was the working man’s champagne in this tough mining town,” says brewery owner Nancy Cline.

Nancy and husband Roger also own Tonopah’s famous Mizpah Hotel— which they refurbished and reopened in 2011—along with several California wineries. When they opened the brewery in August 2014, they clearly had those early days in mind. Nancy’s family is among Tonopah’s earliest settlers, and her discovery of the family history spurred the decision to buy the hotel and open the brewery. 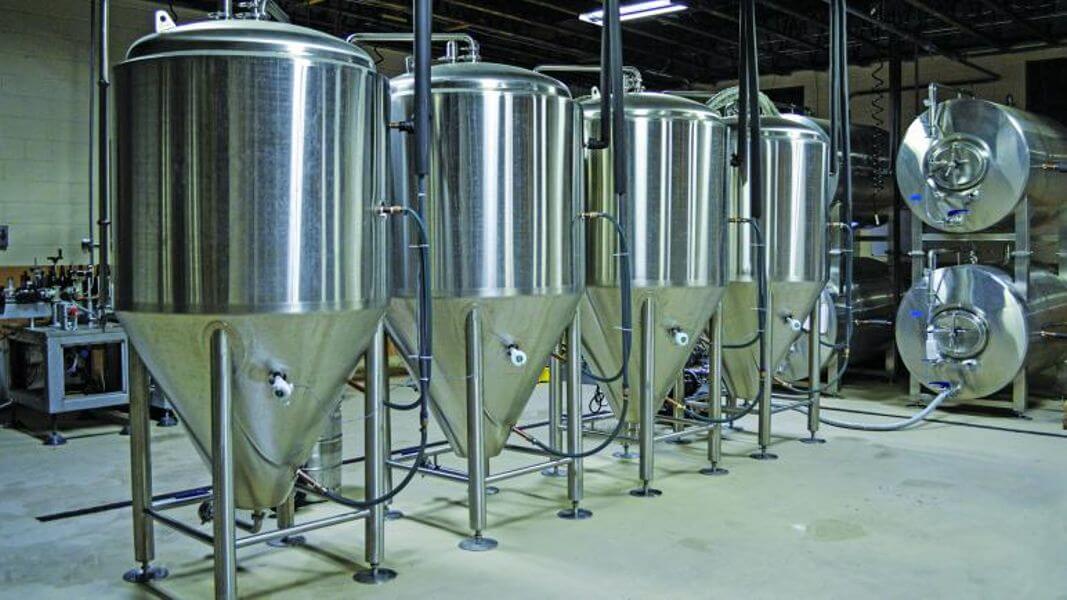 “If there is a place that embraces the Nevada spirit of tenacity, independence, and pioneer spirit, it is Tonopah. The reality of its placement in the middle of Nevada can’t help but remind visitors of the perseverance and drive of those hearty men and women who have gone before us,” Nancy says.

Joining the Clines is brewmaster Lance Jergensen, whose own nod to Nevada’s mining heritage is evident in his subtly crafted European ales and lagers. Jergensen has been brewing beer for more than two decades, and his career path has included 10 years at New Belgium Brewery, plus numerous breweries of his own including Reno’s Pigeon Head Brewery.

Jergensen crafts beers with a more subtle taste, owing to his time studying beermaking in Denmark. He creates crisp, clean flavors that harken to the brews originally served to Nevada’s immigrant miners. Add to that the fact that the hops and grains he uses are grown in Nevada, and you’ve got some tasty local brews.

The current menu includes a hefeweizen with hints of banana and clove; a pilsner that strikes the perfect note and never wavers; an Irish red ale so smooth and charming it feels like silk; an India pale ale with an excellent malt transfusion; and an American pale ale that carries its sparkling top note to a discreet dry finish. 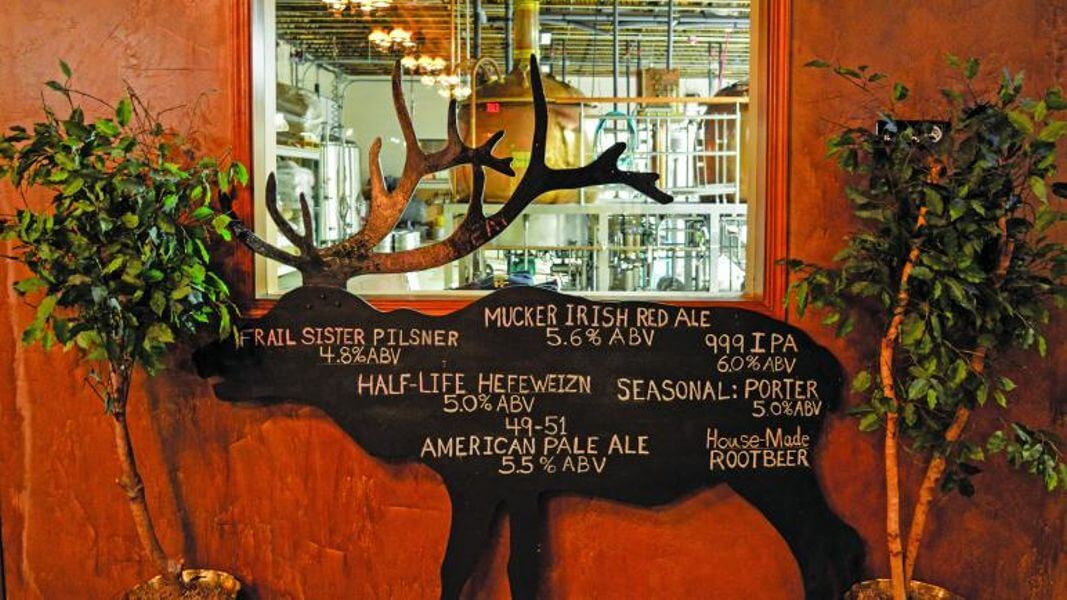 Are you thirsty yet? Good, because I’m not finished.

While those five beers cover almost the entire spectrum of flavors, Jergensen also crafts one special and one seasonal brew. On our visit, the seasonal brew was a chocolate coffee porter that tasted like an adult s’more; not so sweet as it was flavorful and rich. The special offering was a pomegranate hefeweizen. At first sip, I couldn’t distinguish the pomegranate but I tend to favor the heavier beers so my palate is used to being bombarded. After comparing it to the regular hefe however, the subtle notes of the fruit revealed themselves and were a tasty complement to the wheat beer’s dry finish. 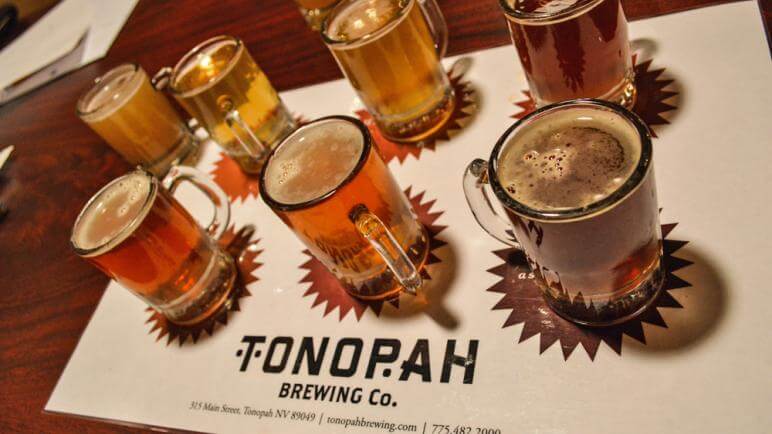 Drinking seven beers in one sitting isn’t advisable, but you really have to taste them all, so do as we did and order the beer flight. For $7, you can taste all seven beers in an ample 2-ounce serving. Whether you try one at a time, sip from each, or pair with your meal and compare how each reacts to the food, you can’t go wrong.

Speaking Of The Food…

Perhaps second only to my love of great beer is my fondness for great barbecue, so the menu at Tonopah Brewing Co. was pretty much custom made for me, or so it seemed. Vegetarians beware; you’re stuck with a house green salad or fried pickle chips for options. But for the carnivores out there, hold on to your hats, because the choices of ribs, pulled pork, beef brisket, and other morsels could cause you to eat to the pain as I did. My taster-in-crime, associate editor Eric Cachinero, had the beef brisket while I opted for pulled pork. We passed on appetizers, but we still left as full as a parade float. 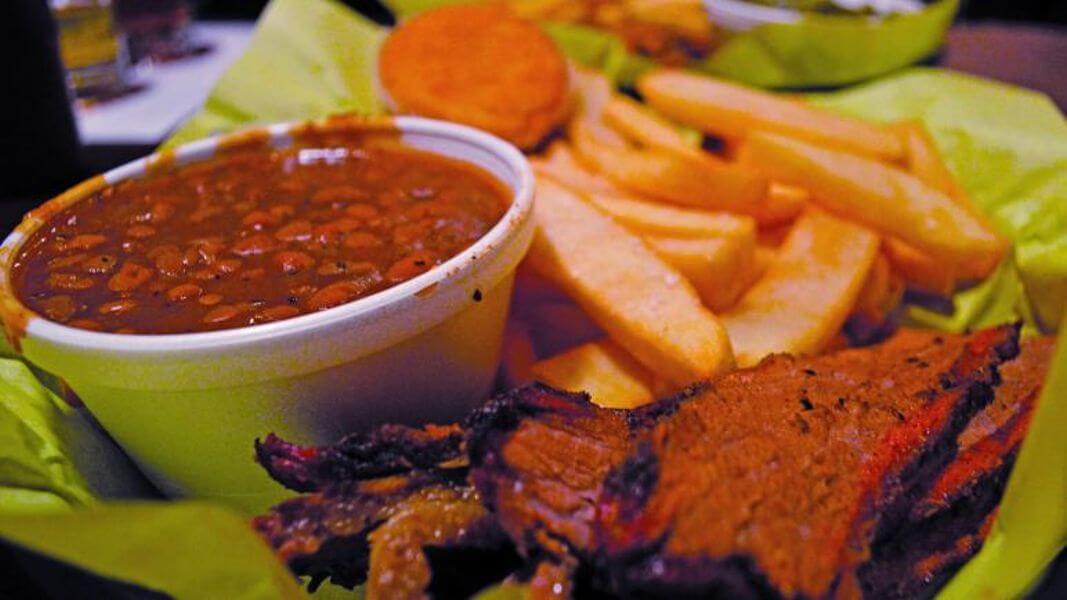 It was the sauce’s fault, I tell you. On each table you’ll find the brewery’s signature sauces, created from recipes by chef and brewery manager Richard Weathers. Ranging from perfectly sweet to packing heat, these sauces were meant for pouring on everything… so we did. While Eric concocted his own blend of hot, sweet, and vinegary sauce using the options before him, I opted for different sauces for each bite; blob of Sweetheart, bite of pulled pork. Drizzle of Saloon Kick made for a tasty steak fry. Swirl of Nuclear Test Site (yowza!) laced with Sweetheart, added a sweet kick to a bit of pulled pork and green beans. And so it went. Until the very last drop.

Weathers has been in the food business for more than 30 years, and he created the menu from his experience living in the South. He generously shares his culinary bounty; you can buy the sauces, you can buy meats by the pound, and soon you should be able to buy the beers. The brewery plans to bottle its beers and sell them in Nevada and California in 2015. 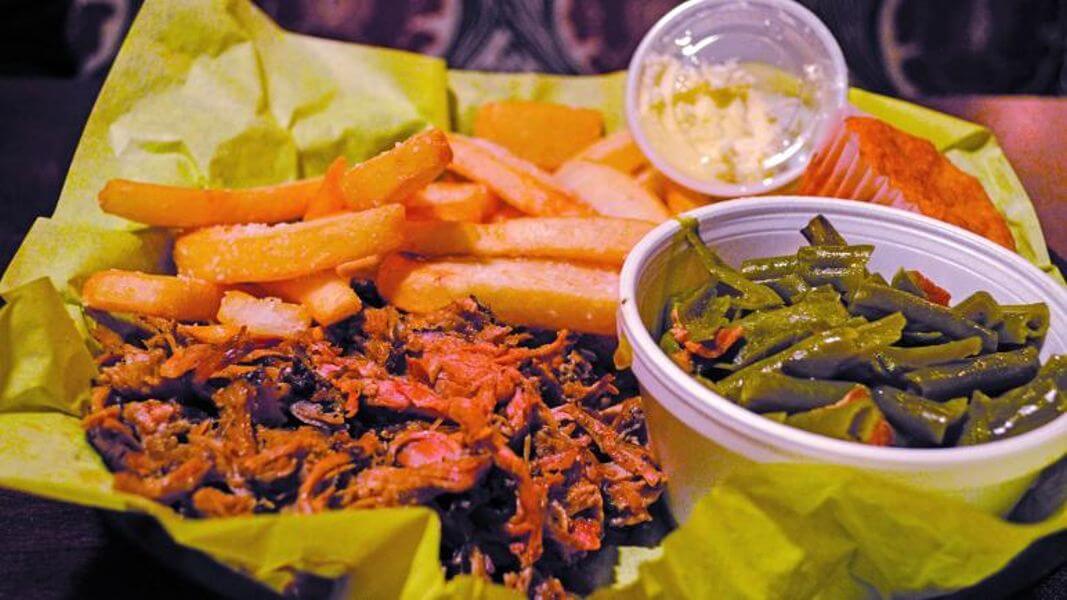 Our visit was early evening on a Wednesday, and while there were just a few folks when we entered, I realized that during my delicious feast, the restaurant had almost filled with diners mingling with miners, miners chatting with travelers.

Oddly, one of those travelers was from my past, and to see him so completely by chance was unexpected and wonderful. It was also a reminder—like the brewery itself—that the past is never far behind. And that the lure of great beer and great barbecue is enough to bring the past and the present together in one delectable adventure. #NVEats

A Romp Through The Olden Days In McGill

Hitting Hoover? Boulder Move: Grab Onto Some Concrete History In The Town That Built It