Climbing and Preserving Red Rock, A Task 600 Million Years in the Making

Local Las Vegas climbers have been trying to spread awareness about the damaging effects of climbing Red Rock after it rains, creating a subtle division between tourist climbers and locals. Every year adventurers passing through the area damage a classic route, and locals are left to adapt and reminisce. But there are deeper arguments here: is the climbing itself invasive and damaging regardless of the post rain climbing? And, isn’t Red Rock a pile of iron undergoing erosion anyway? Ultimately, what are the right steps towards preserving such a world-class park? 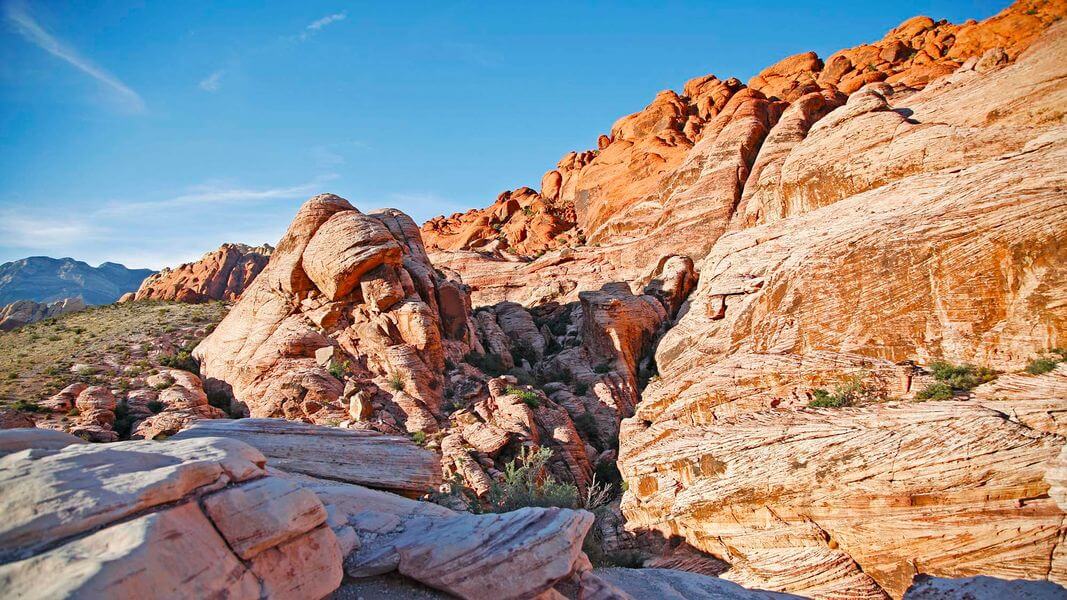 Located a quick 15 miles west of Las Vegas, Red Rock Canyon is no stranger to human interaction. More than one million people visit this majestic pile of eroded sandstone annually. Anyone who has ever had a chance to see the Keystone Thrust has most likely marveled at its sublimity. Red Rock is an anomaly in the otherwise barren Mojave Dessert. It is an ecological hub and paradise for plant and animal life that attracted Southern Paiute American Indian tribes since the early 900s. 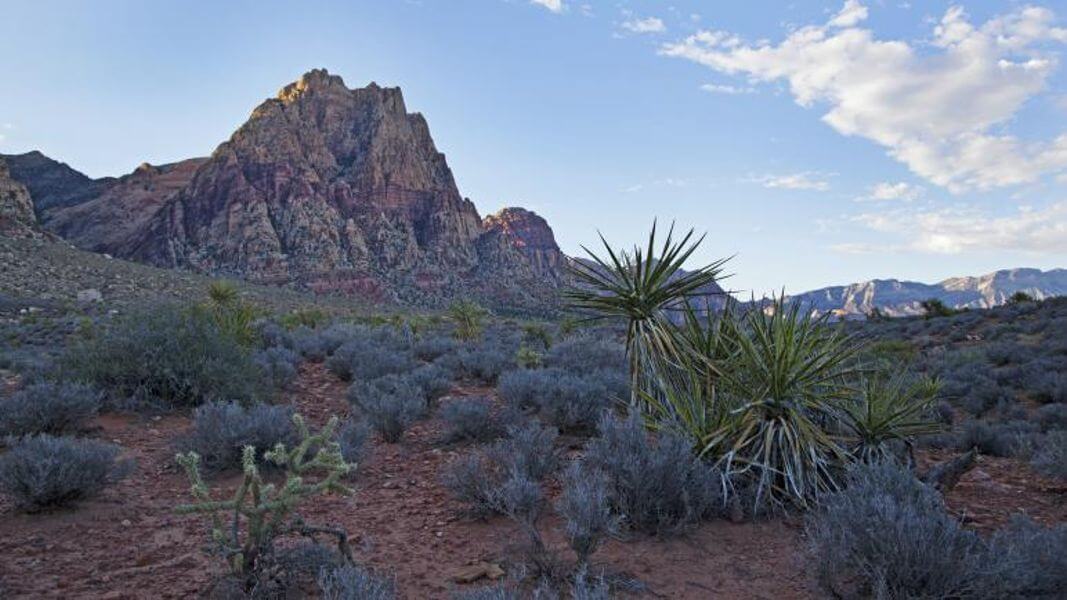 Red Rock is a sacred thrust that just so happens to be ideal for Rock Climbing. It’s a true paradise for climbers. The Canyon boasts some of the best lines in the world. They call a lot of them “classic” routes because the moves and holds are unique and beyond gratifying. The length of the routes can be so fruitful. And most important, the views are unmatched. To see the Mojave desert and its vast chaparrals and ranges is purely magical. Nothing compares to the exhilaration after topping out a climb at Red Rock and looking down at the valley. It’s simply unparalleled. 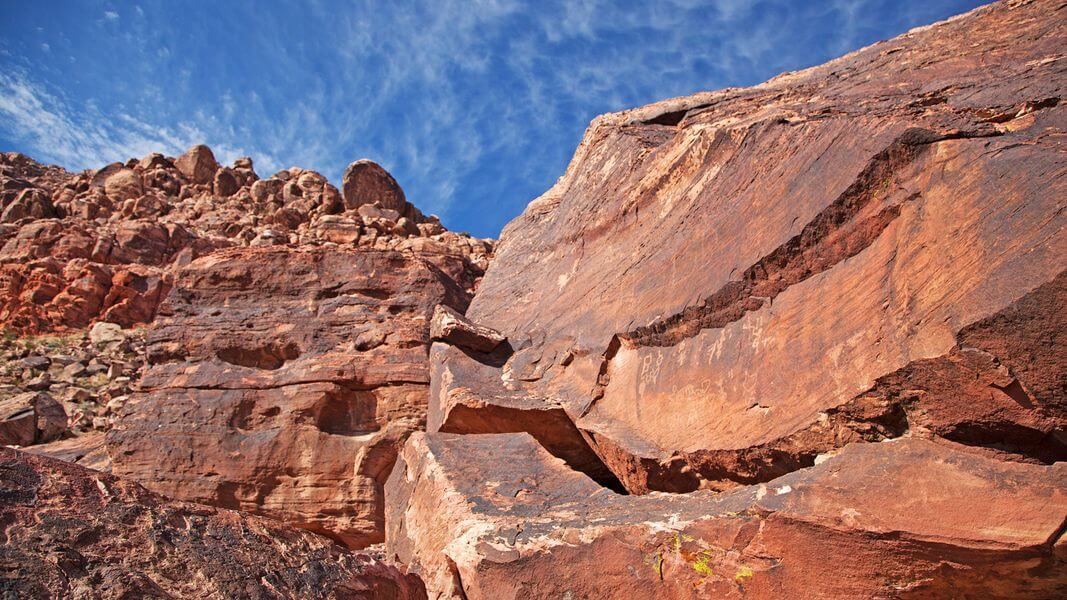 There are over 13 miles of Aztec rock in the region, rock that has been forming and eroding and shifting for over 180 million years. In fact, Red Rock used to be limestone, lithifying and oxidizing under a prehistoric sea 600 million years ago. And as tectonic plates shifted and sand dunes became calcium carbonate cement, red rock started to form from iron oxidation. Around 66 million years ago, the Keystone Thrust Fault began to emerge, and presto! Enormous Aztec rock mountains came into fruition. From the deep sea, to the barren desert, Red Rock has undergone some drastic changes over the course of Earth’s existence. Its natural state is one that continuously morphs and shifts as its environment breaks its stillness.

One could argue that human interaction is merely another stage of Red Rock’s morphing. Wouldn’t this debate become meaningless if it were common knowledge that Red Rock would eventually plummet back into the ocean in due millennia? No one can predict the future, but the immediate impact on the area is evident. A definite majestic natural wonder, it’s not difficult to see that Red Rock is not entirely untouched. 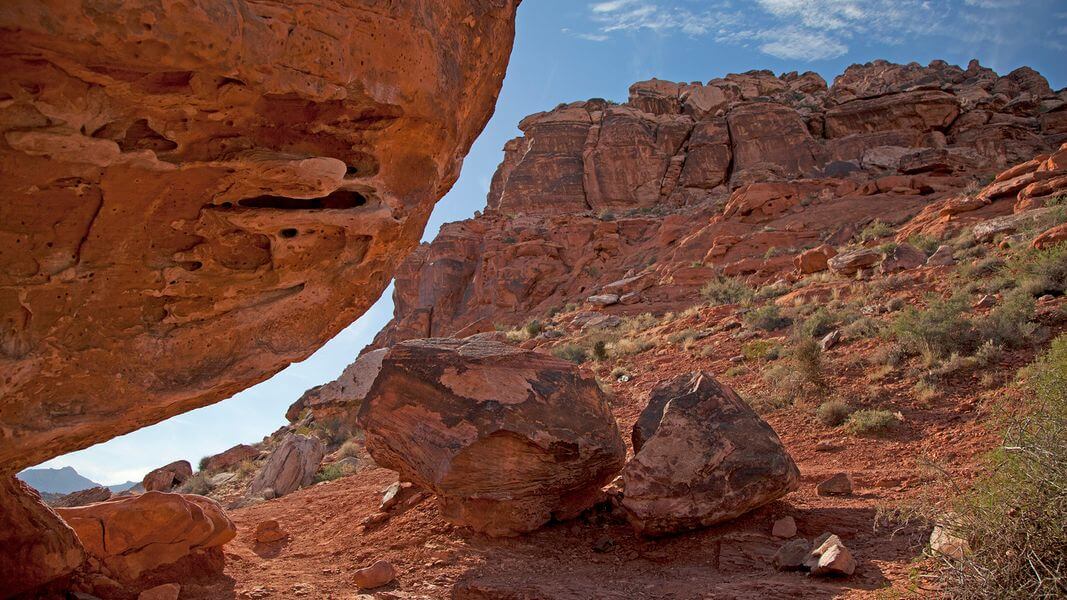 There are almost 2,000 climbing routes and projects in Red Rock, but not all routes are bolted. Instead, some traditional rock climbing lines and bouldering projects that keep the stone unscathed. But for the most part, Red Rock is loaded with metal fixtures. This begs the question: is it hypocritical of local climbers to point fingers at tourists for climbing wet stone when the basis of their argument neglects to see the degradation of the park from the climbing in the first place? 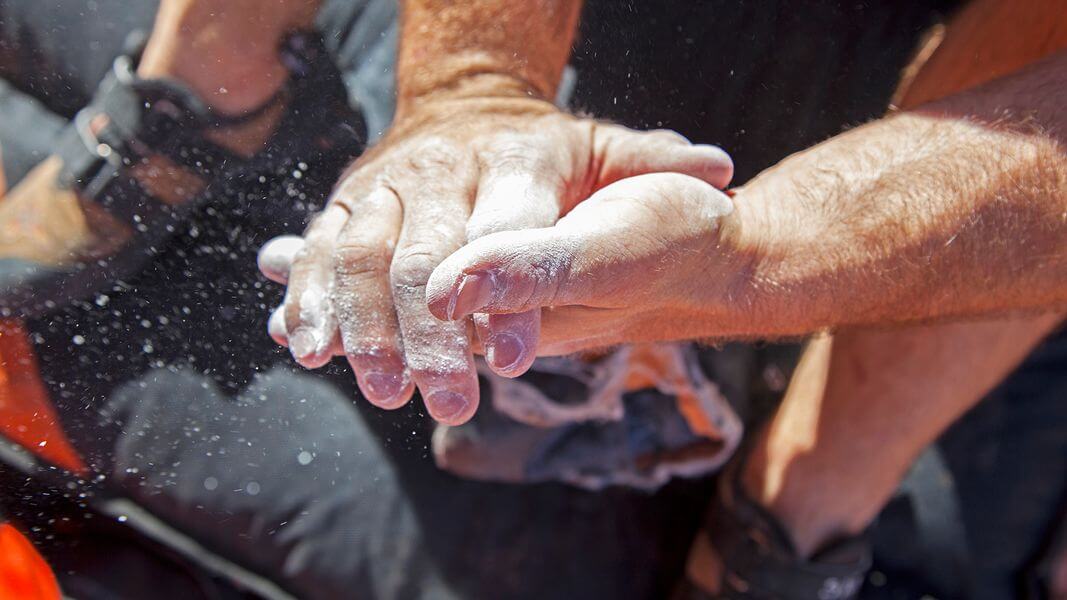 Is it wrong to climb Red Rock after it rains? To me, it is and it isn’t. It is dangerous to climb wet sandstone because it can break while you’re climbing. So awareness should be spread to prevent accidents and fatalities in the park. But some people travel thousands of miles just to get a chance to climb Red Rock’s classic lines. And at times, their window can be very small. If they are skilled climbers, they should know what routes are feasible after the rain. Awareness is key. 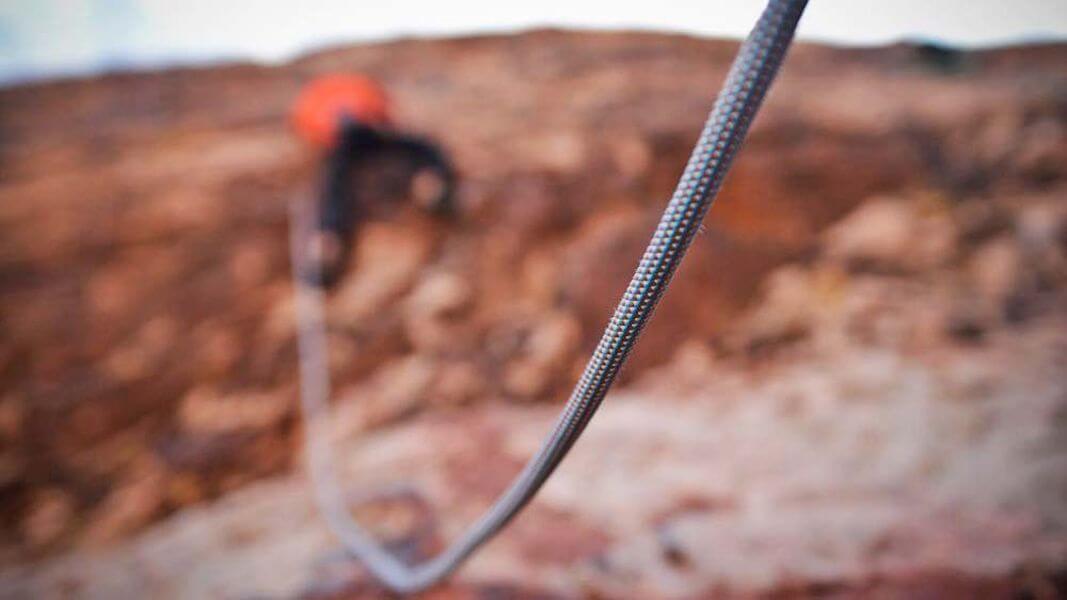 As visitor numbers continue to rise, climbers, hikers, and visitors to Red Rock Canyon should be proud about doing their part to preserve such a spectacular place. Who knows what Red Rock will become in another 600 million years, but the time we have with the place should definitely be cherished and respected. Red Rock is unlike anything else on Earth, and it took so long to get this way. #NVAdventure

Conquering 'The Nest' in Red Rock

Realizing A Dream: Long, Hard and Free in Red Rock