Tagging Along with the Trendelenburg Trotters at the RTO

Going into this, all I kept hearing were things like, “you’re completely insane to do this, you know that, right?” or “I would never do that, what are you, crazy?” I have to admit, not understanding the marathoning culture in the least bit, I was most likely one of those naysayers in the beginning. With that being said, I’m happy to report that traveling alongside a team of Reno-Tahoe Odyssey runners not only energized me, it totally inspired me.

So here’s the nitty gritty: a team of 12 athletes, each running three legs individually, completes the entire loop through the Reno-Tahoe area totaling 178 miles, in around 27 hours. The cold, hard facts of the Reno-Tahoe Odyssey are daunting to say the least…maybe even a little incomprehensible, am I right?  However, the Trendelenburg Trotters flipped the negative stigma on its head and transformed me into an RTO advocate, to say the very least.

Tre-dahl-den-bur…what? Yep, I still can’t say it correctly either. That’s what kind of ‘team spirit’ you get when you shadow a team of physical therapists. Eleven of the 12-man team were physical therapists by day, super-human athletes by night. To all who are not doctors of physical therapy, here’s your vocab lesson of the day: Trendelenburg is a medical term that basically describes weak hip muscles that cause your hip to drop when you put any weight on it. Insert their team mantra: They’ll run so fast it’ll make your hip drop. 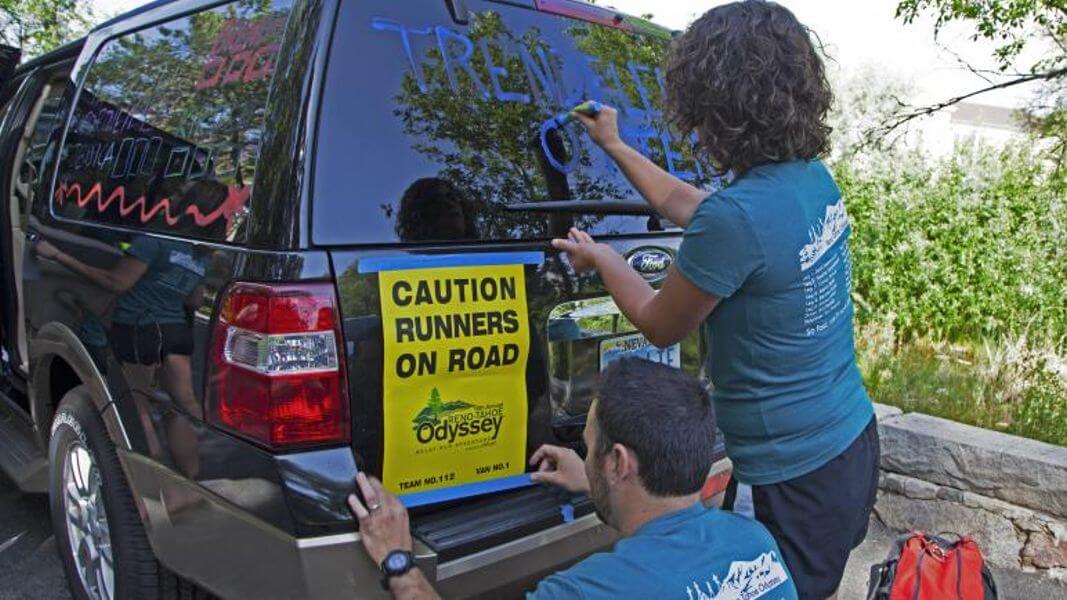 Being a close-knit group of friends, the vibe was relaxing and laid-back from the start. We met in downtown Reno’s Wingfield Park, decorated their vans with paint pens, organized the food supply, and carefully hydrated before sending the first runner on his way by 10:45 a.m. 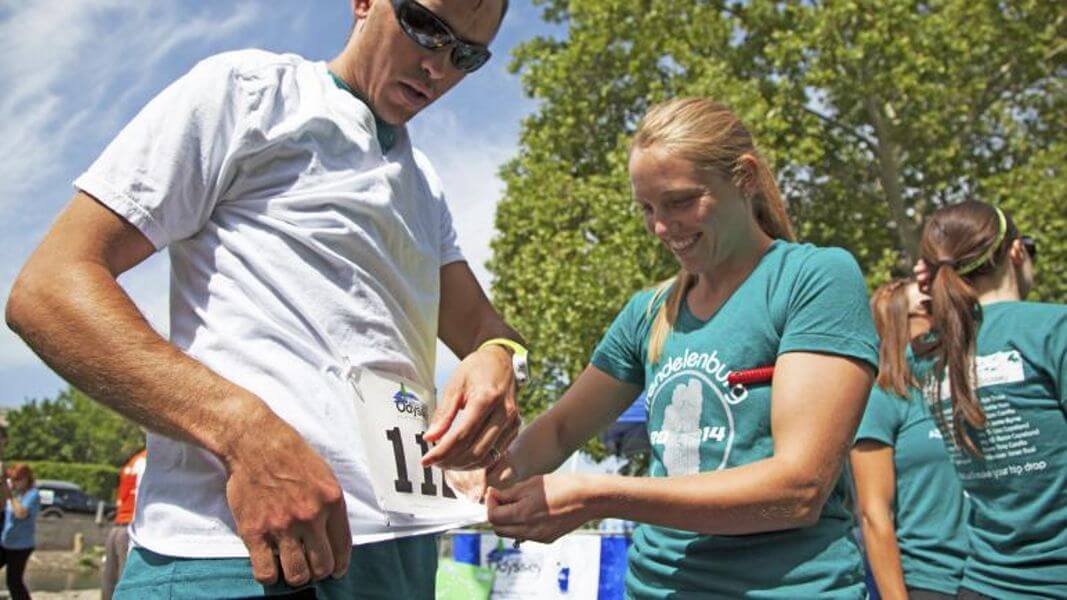 Within 45 minutes, the first runner—who, by the way, didn’t particularly pride himself in being an incredible runner by any means—finished the first leg, or 6 miles, in less than 40 minutes. After passing the baton to the next runner, relay style, he casually jumped back in the van, like it was absolutely nothing. Insert jaw dropping here. To my surprise, this continued to happen throughout the day, most shockingly during one particular section of the race. While most teams had body-builder-esque men running the most challenging leg—Dog Valley—the Trendelenburg Trotters had a petite, unsuspecting girl volunteer. Let me explain. This leg of the race covered around 8 miles and 1,700 feet in elevation gain. Like as in literally running over the top of a mountain. She did it in less than 90 minutes, and with a smile on her face. Say it with me, super-humans. 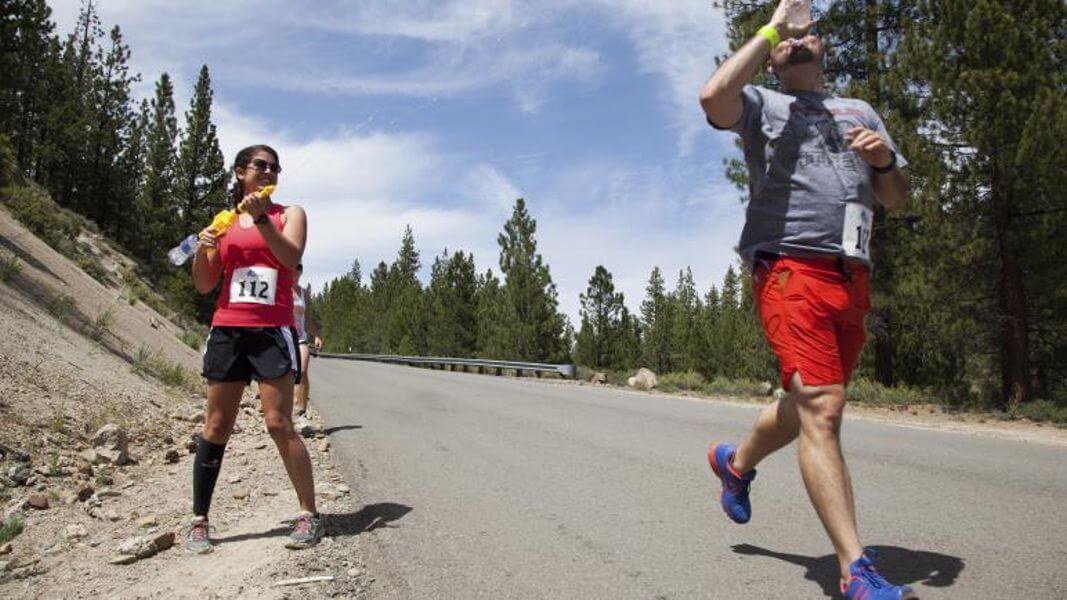 This extraordinary team of friends continued to surprise me throughout the day, and although what they were doing wasn’t exactly easy, their enthusiasm and energy was contagious. We all knew that we were going to be awake for longer than 24 hours, were cramped in close quarters together, and were completing pretty strenuous stuff here, but none of that mattered. That was the beauty of this race. Well, besides the picturesque natural beauty that surrounded us, of course.

Starting in downtown Reno, the race took us through the Sierra mountains, up to the northern shoreline of Lake Tahoe, all the way around the southern-most of the Lake, down into the Carson Valley, wound its way up through Virginia City, and concluded back in downtown Reno. With the team being split into two vans, the first van would complete all six legs, then the second van would pick up, alternating until all three of their individual legs of the relay were completed. 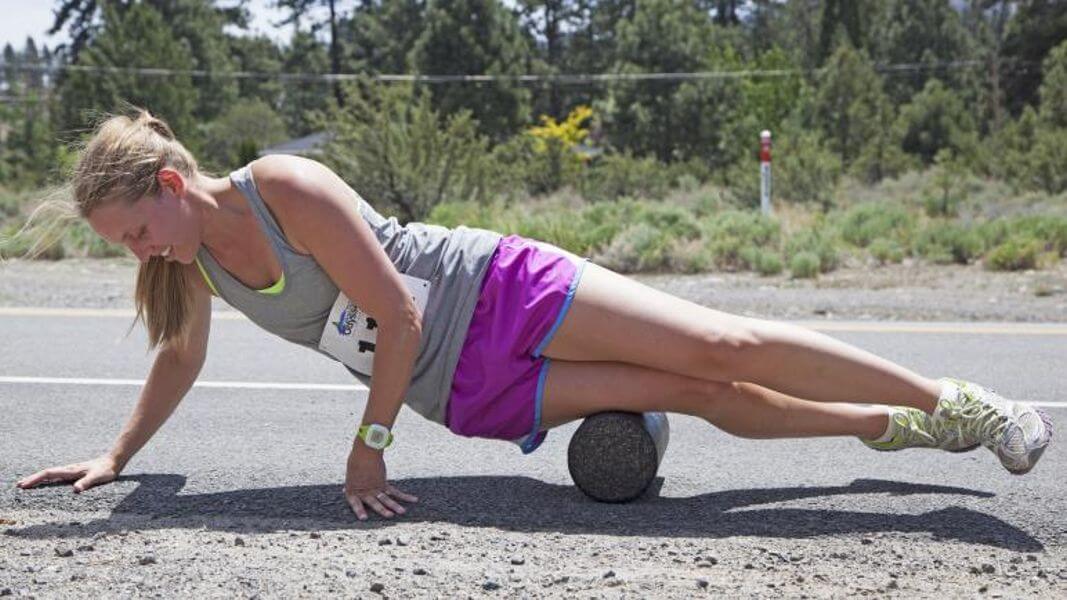 Being a non-physical therapist in a van full of them, I was a fish out of water, but in the most amusing way. It was like they had their own language…saying things like “Oh man, the top of my quad insertion is killing me!” and “my hip flexers are super tight right now” or “I’ve gotta find a spot where I can tape my plantar fascia.” That, or the times when they would bust out the foam roller on the side of the highway to stretch out their quads. I even found myself sleeping in a physical therapy office for our one glorious hour of allotted sleep, and later on even observed them performing physical therapy on each other in their downtime. Pretty amazing. 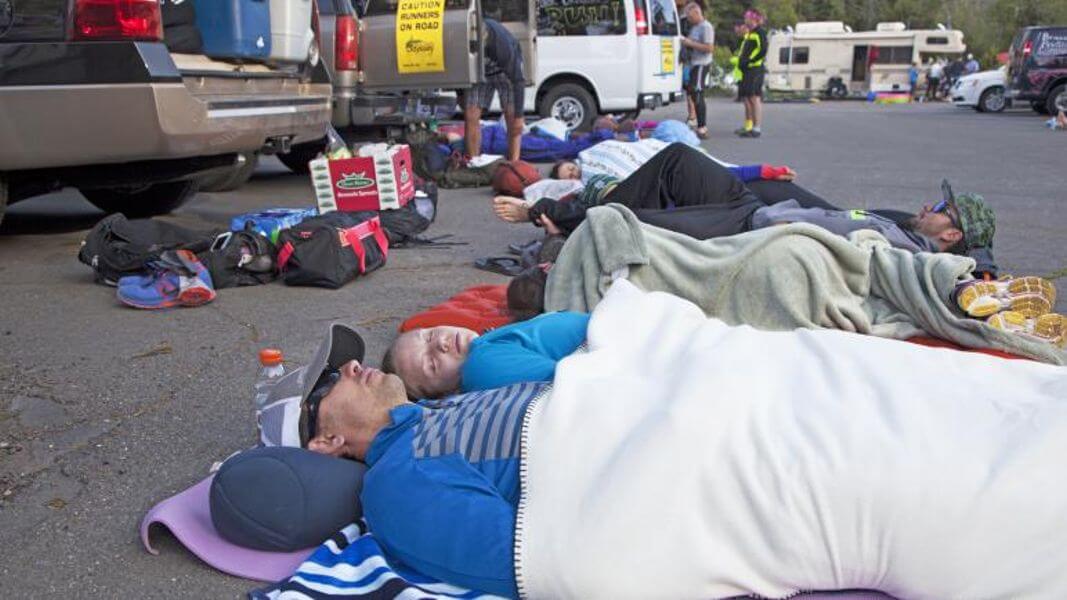 After patching each other back up, we’d jump back in the van, racing to our next van exchange checkpoint, cheering along our runner along the way. While competition is a natural human instinct for most people, and that definitely played a role in their overall determination, I sincerely believe that their motivation was rooted to the beauty of their surroundings. While most people might think running in pitch dark along the side of a highway with a headlamp sounds terrifying, it turned out to be one competitor’s favorite leg. They didn’t care that they had to lay on the ground in a parking lot for their breaks, they were going to get to run into Virginia City at sunrise. 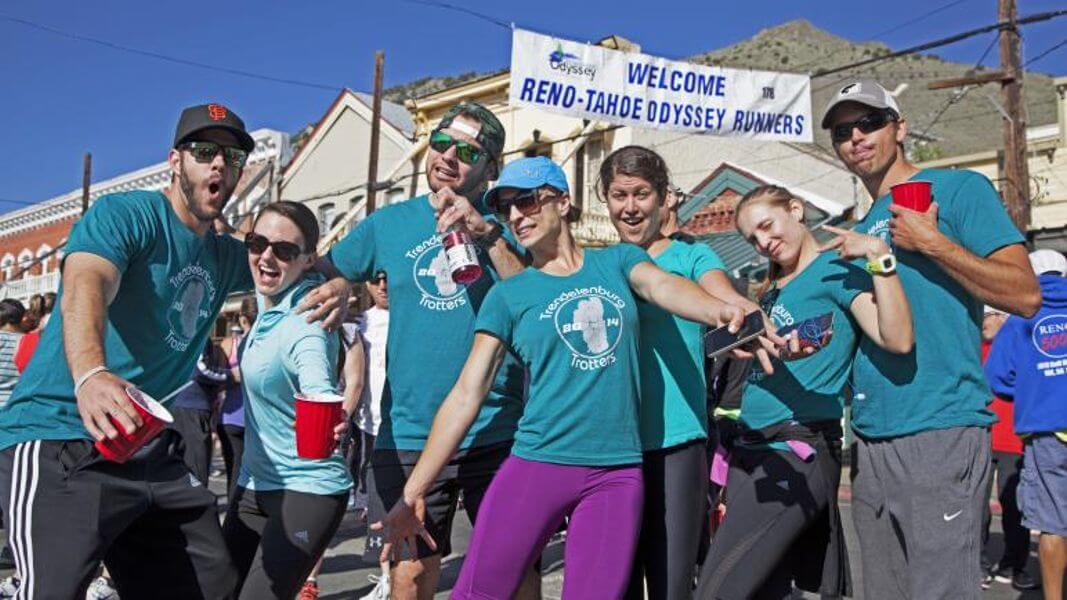 Finishing in 56th place out of a total of 246 teams, the race took them around 25 hours to complete from start to finish, meaning their average pace was about 8 minutes,40 seconds per mile. Pretty incredible, right?? It was safe to say everyone was pretty catatonic by the time the last runner made his way to the finish line…but that didn’t seem to hamper any team spirit. All 11 remaining teammates jumped up and ran in the last bit with him. Ride or die baby, ride or die. 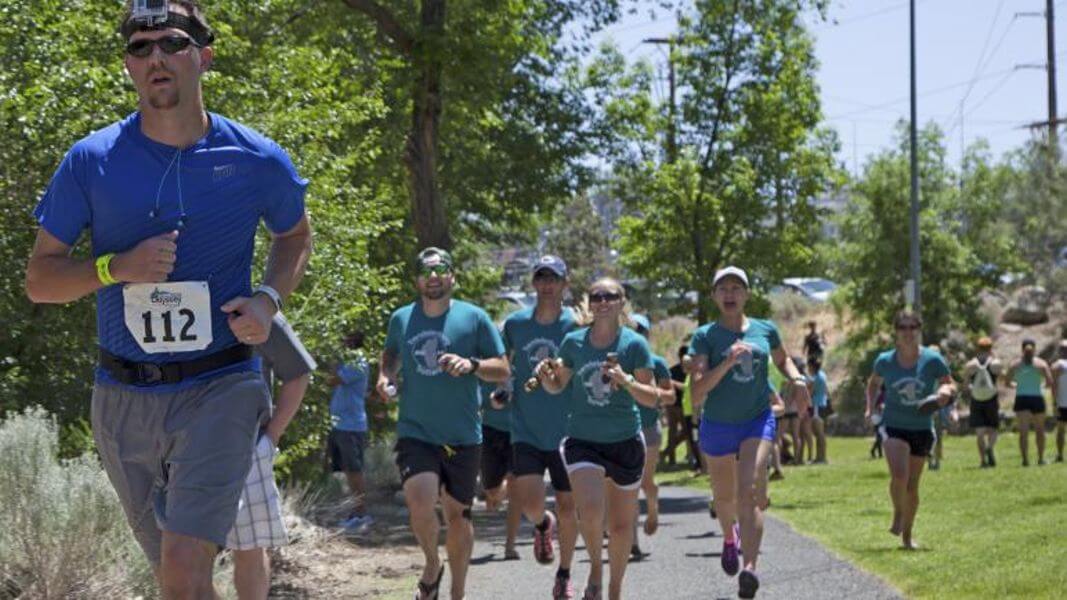 So, moral of the story: get your tail to Reno ASAP for much more than your average marathon experience. And if possible, drag along a team of physical therapists… they’ll make your experience an inspirational and mighty comfortable one.