Many people think of the desert as nothing more than a wasteland. A vast frontier devoid of life and beauty, like some sort of barren purgatory one is sentenced to before reaching the oasis. For me, there is no other side. The desert is the oasis. Boundless, naked, and unapologetically austere, this extreme space has completely won my heart.

As a Reno native currently living in San Francisco, I crave open space. Living inside a maze of buildings stacked one on top of the other can be suffocating for a girl who’s used to infinite backcountry. That said, any trip I get to make home is a welcomed one— friends, family, and the chance to just breathe.

During my last visit, my best friend and I confronted the biting winds and brisk temperatures to go on an adventure in this hometown of ours. We started by going off-roading with my family up behind Caughlin Ranch, a housing development in southwest Reno nestled against a web of trails that leads to some of the best views of the city. As we rocked back and forth in my friend’s Jeep Grand Cherokee, glimpses of the valley flashing between the trees on our climb, the words going through my head were these: this is the Nevada I know. 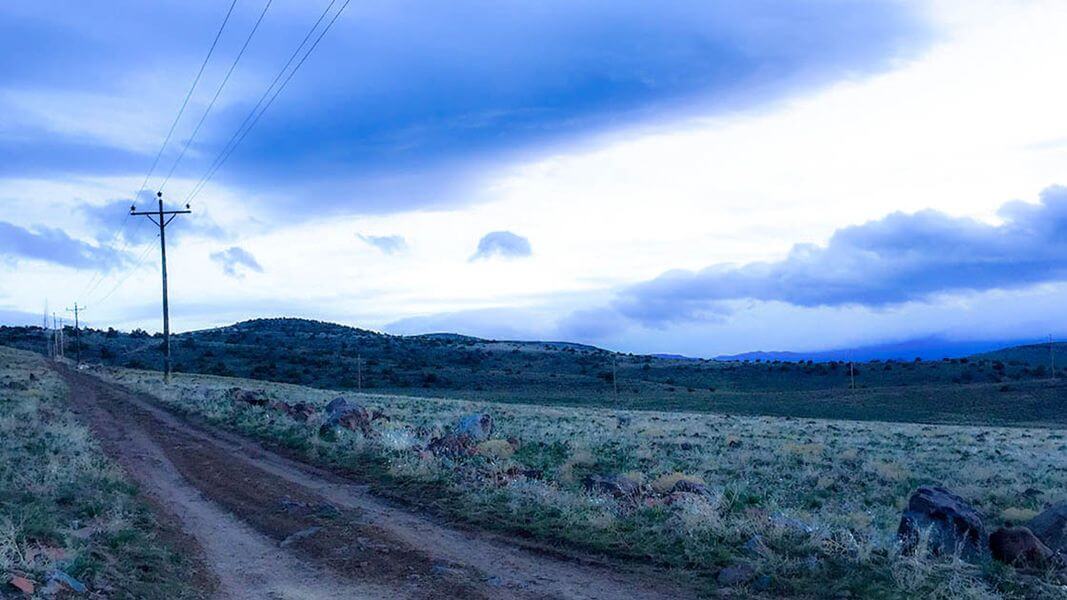 The sullied image of the Silver State that comes to every stranger’s mind the second I tell him/her I’m from Reno is nowhere near the real thing. No, the real thing is trekking up mountains, floating down rivers, cutting across blankets of desert. The real thing is being in a car filled with the ones you love—laughter, wind, and dirt flying through the windows—clawing up a mountain simply because you can, and then reaching a view so stunning you just go quiet. This is the Nevada I know.

We stayed up near Caughlin Ranch for a few hours before heading back into the valley. My friend and I decided that for sundown we’d venture northeast into Spanish Springs, a rural area about 13 miles from the heart of Reno, an area more importantly known as home to me. Our goal was to drive into the nothingness of desert until the sun touched down onto a dusty horizon, at which point we would capture the most breathtaking picture to ever behold. The Nevada skyline had other plans though, cloud-filled plans. 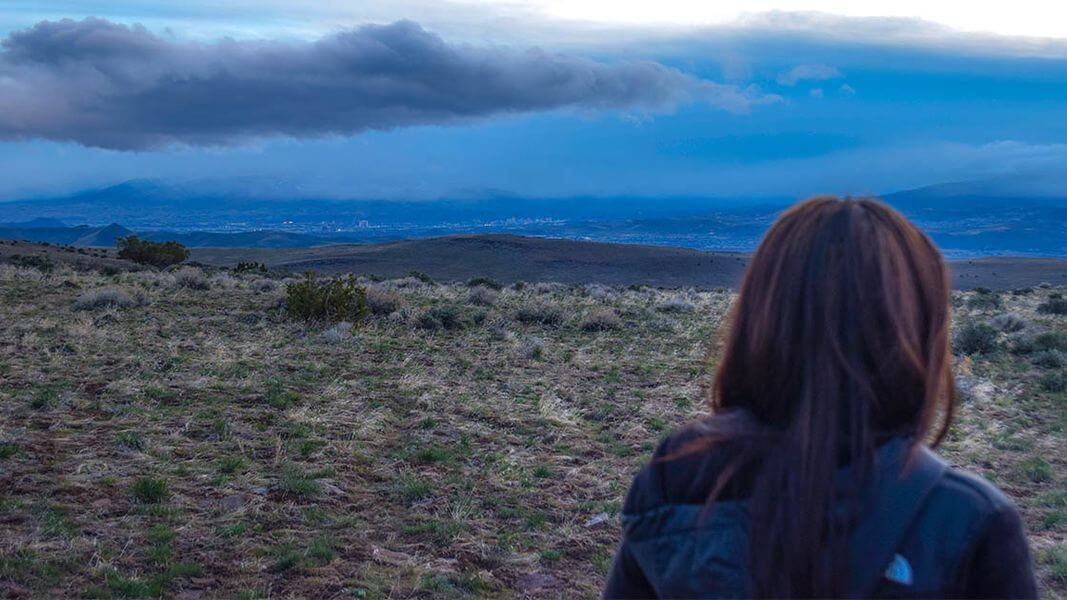 We drove towards a point called Spanish Springs Peak located on the east side of Pyramid Highway. A dirt road called La Mancha took us into the thick of desert past what was once a development called Pyrenees Estates. All that remains of the grand estates now is just an eerie, bullet-riddled sign standing alone in the dry wilderness.

We made a lot of stops on our little dirt road. Despite both of us having grown up in the area, neither of us had ever journeyed this far in. The skyline wasn’t the fiery burst of orange we’d originally imagined, but rather a deep, possessing blue, the kind that hurts to turn away from. We stayed out there for a while, just a couple of specks on the rugged earth. I stood amongst the brush, face to the wind, and just let it all roll over me. 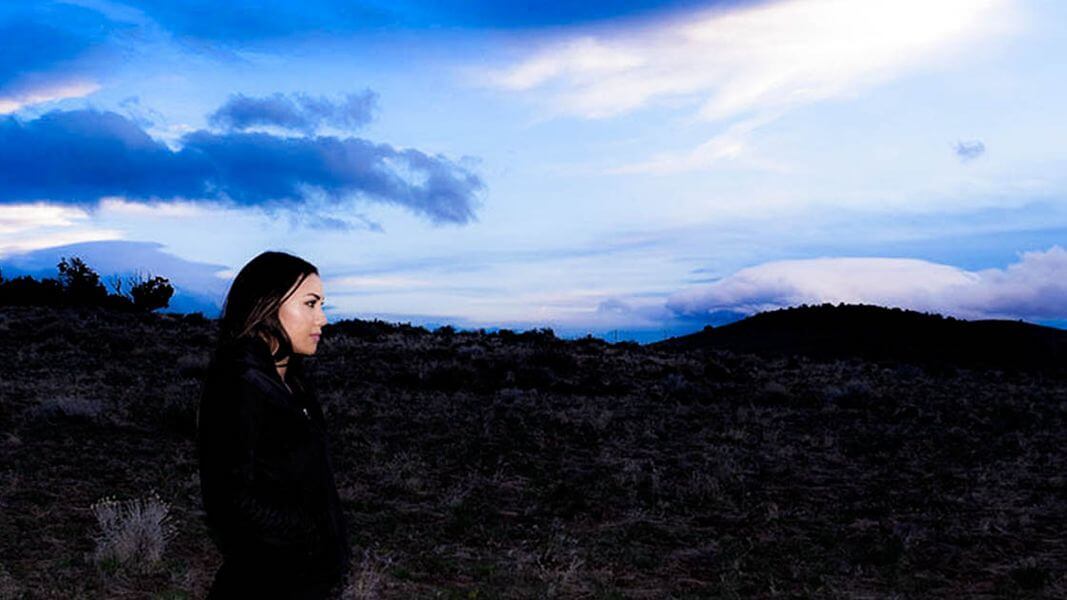 We all need moments like this. Moments of wilderness that feed the soul and call us to life—life invigorated. Moments that snap us out of the busy trance in which we think we’re free and alive when really all we’re doing is rushing from place to place and moving our thumbs across small screens. It’s when we catch that bit of sunset, or taste the salt on the wind, or stand in an expansive desert, that the magnitude of life settles in, and we begin to wonder if we were ever really as alive and free as we’d once thought. This is what Nevada desert does. It makes you come to life. #NVRoadTrip

Silver State Scenic Byways Sure To Get Your Motor Runnin'

15 Sagebrush Saloons Worth Drinking In... And What To Order