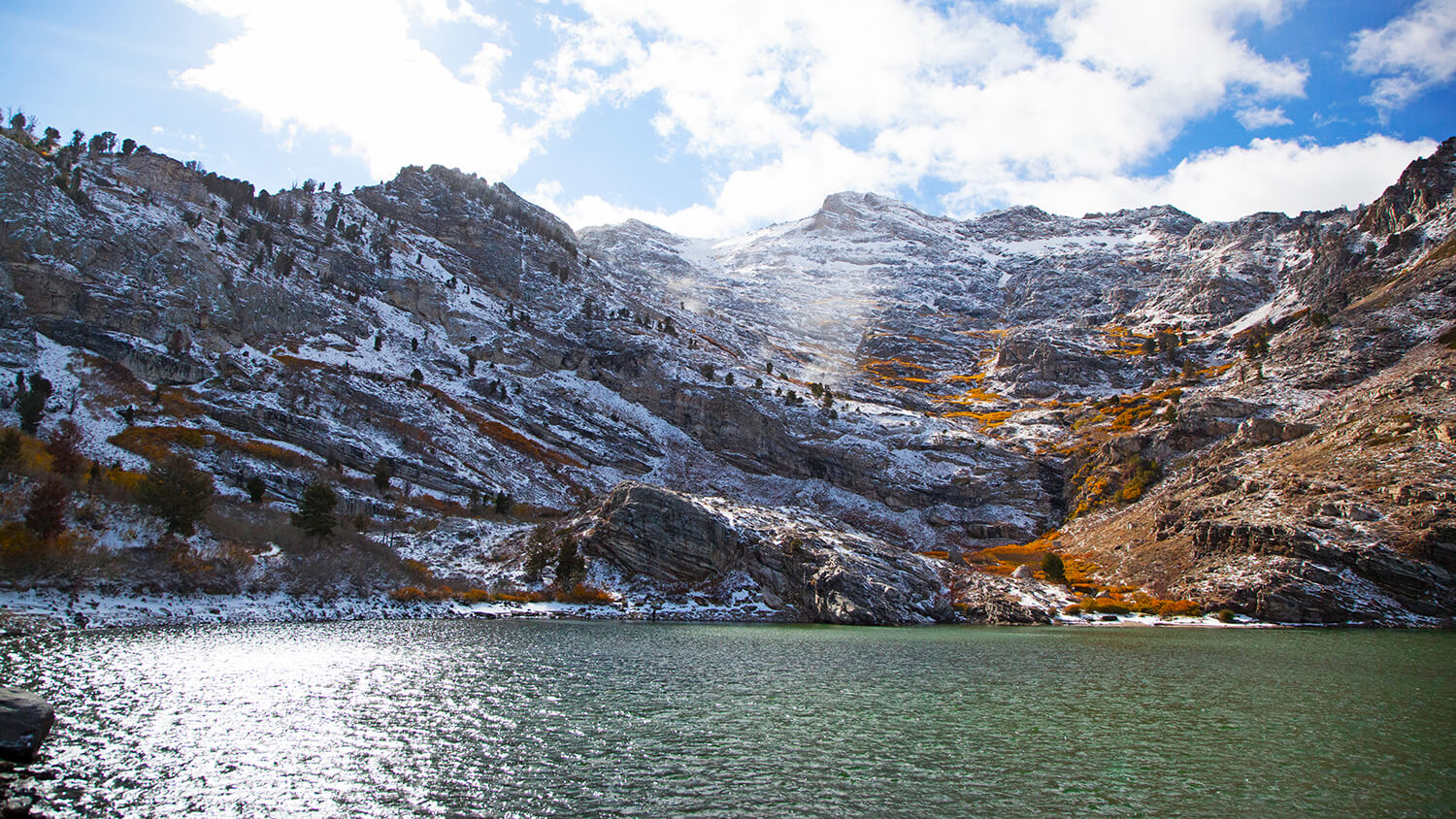 This natural, high-elevation, alpine lake in the East Humboldt Range is accessed via the scenic byway of Angel Lake Road, or State Route 231, and only 12 miles from the northeastern Nevada town of Wells. “It’s just a throwback,” says Matt Holford, president of the Wells Chamber of Commerce. “You’re out here in the desert on 80, and within a short distance you can be at an alpine lake…nice and cool. It’s such a great view.” 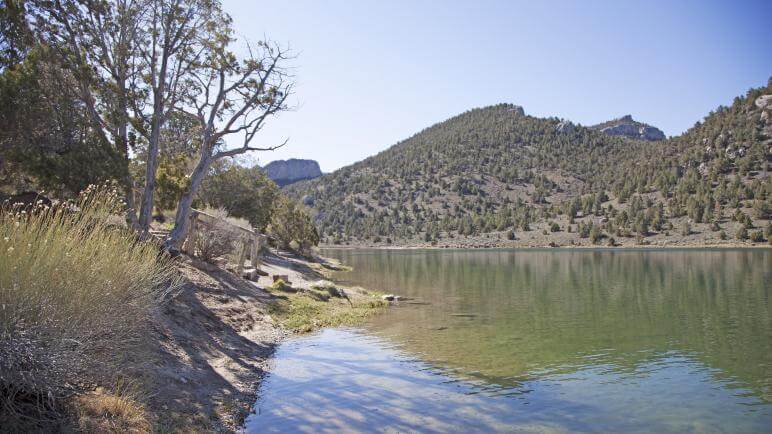 Winter activities include ice-skating, ice-fishing, and cross-country skiing. The park is 15 miles south of Ely in eastern Nevada on U.S. 93 and Success Summit Road (S.R. 486). 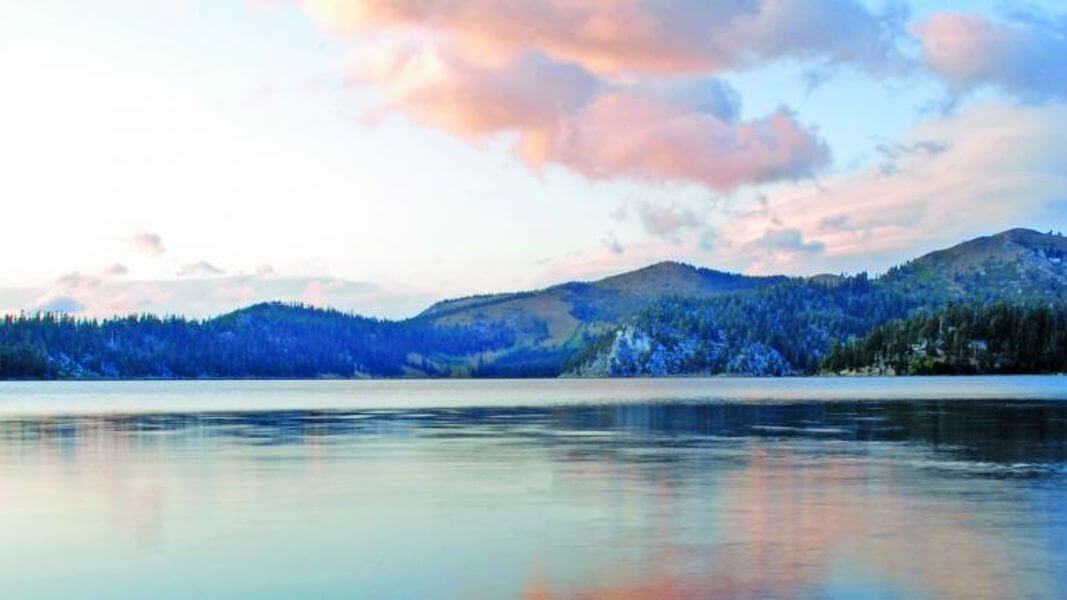 Marlette Lake was constructed in 1873 to meet the water needs of Virginia City through a network of flumes and pipes. The State of Nevada acquired the lake in 1963, and it was first opened to fishing in 2006. It’s one of the few waters in the world that supports Lahontan cutthroat trout.

Spooner Lake, to the south, provides a main trailhead for hikers to gain access to the Marlette/Hobart Backcountry. The five-mile trail to Marlette via North Canyon Road is popular and affords stunning views in the fall among the aspens. A hiker and horse trail parallels this road for four miles. There is no camping at the lake, but there are three primitive, walk-in sites in the area: Marlette Peak, Hobart, and North Canyon. 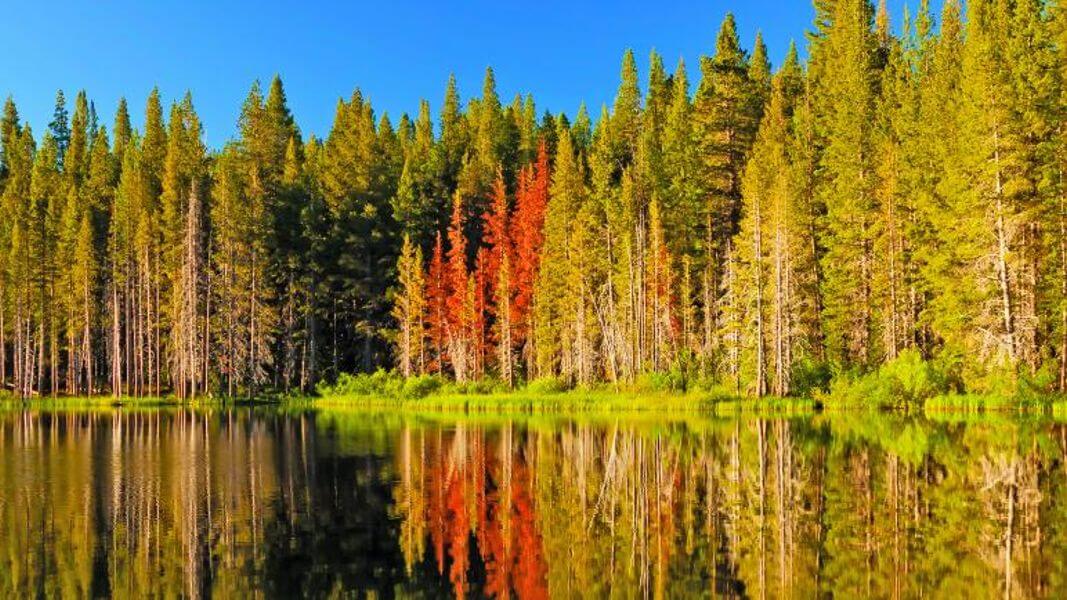 As the crow flies, Hobart Reservoir is just a few miles northeast of Marlette Lake, but accessing it—via foot or vehicle—is challenging. Most people drive to the reservoir from Carson City by way of dirt roads, which require four-wheel drive. Still, vehicles cannot drive directly to the lake, so visitors have to hike or bicycle in. Due to its high elevation, much of the lake may still be covered with ice up to early May.

Blue Lakes are located in the picturesque Pine Forest Range. A bill to make it an official Wilderness Area has reached Congress and should be voted on soon. The three lakes (one large lake and two smaller ones) lie above 8,000 feet and can freeze over well into June. 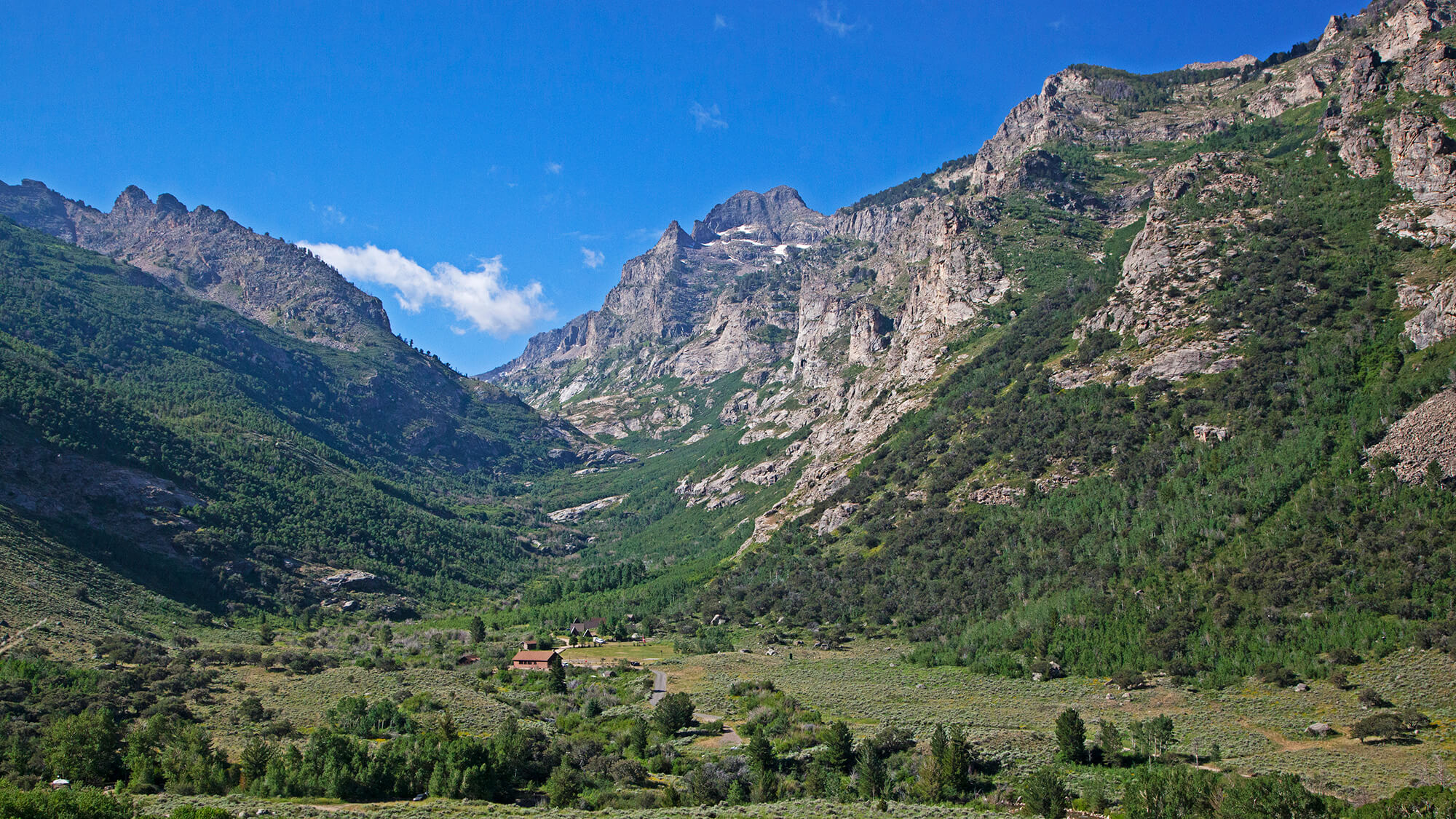 The Ruby Mountains, southeast of Elko in northeastern Nevada, stand out for their beauty alone, but it’s also the abundance of small lakes that make them quite unique in a state that boasts more than 300 mountain ranges. The Rubies were so heavily glaciated during the last Ice Age, they are far wetter than the typical Nevada range. Keep in mind that many of these lakes are frozen from late October to early June—or longer.

The most convenient way to access the Rubies is via the Lamoille Canyon Road National Scenic Byway, accessible from S.R. 227. The road runs southeast from the quaint town of Lamoille and is the access point for two campgrounds and the Ruby Crest National Recreation Trail. 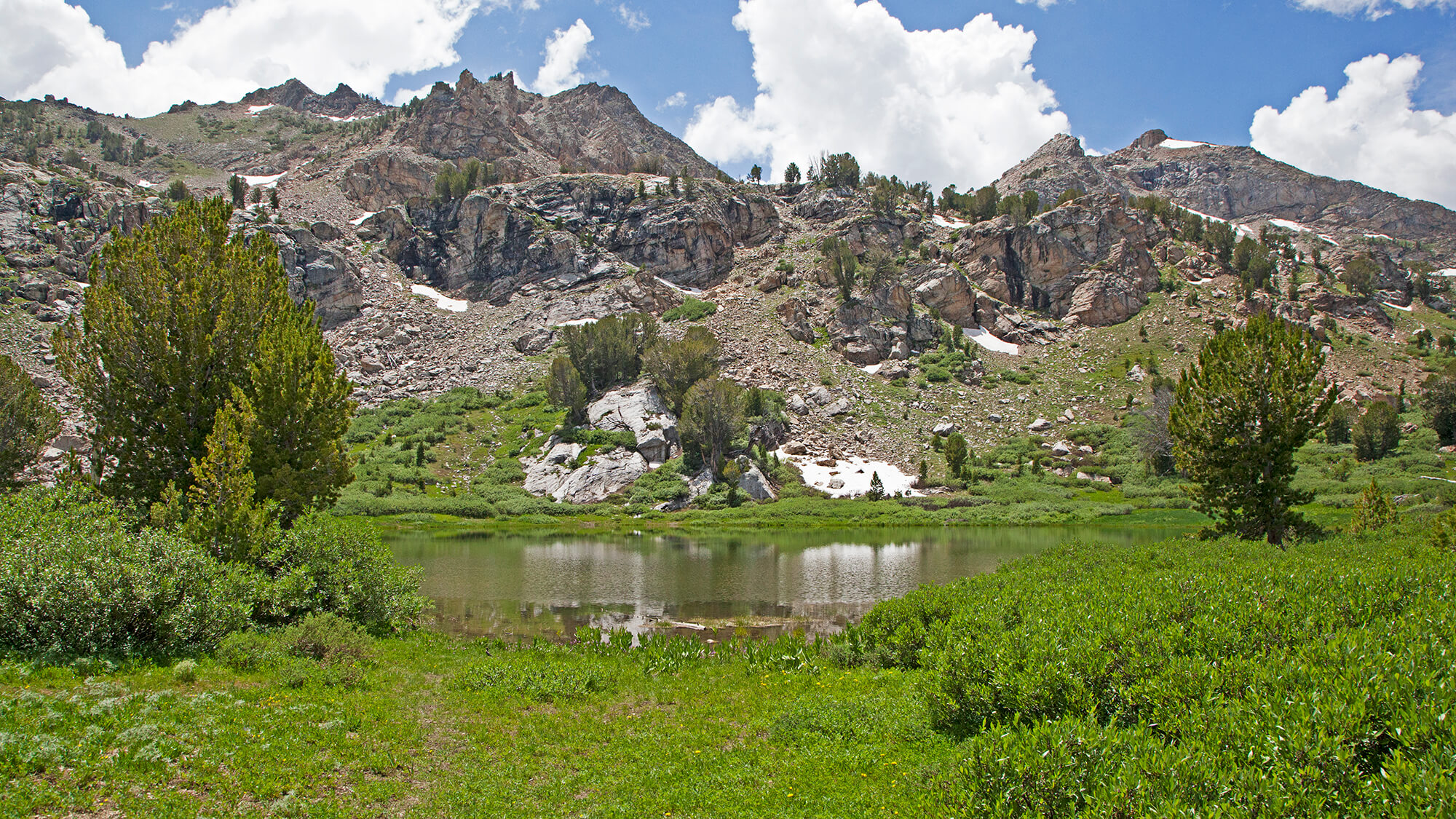 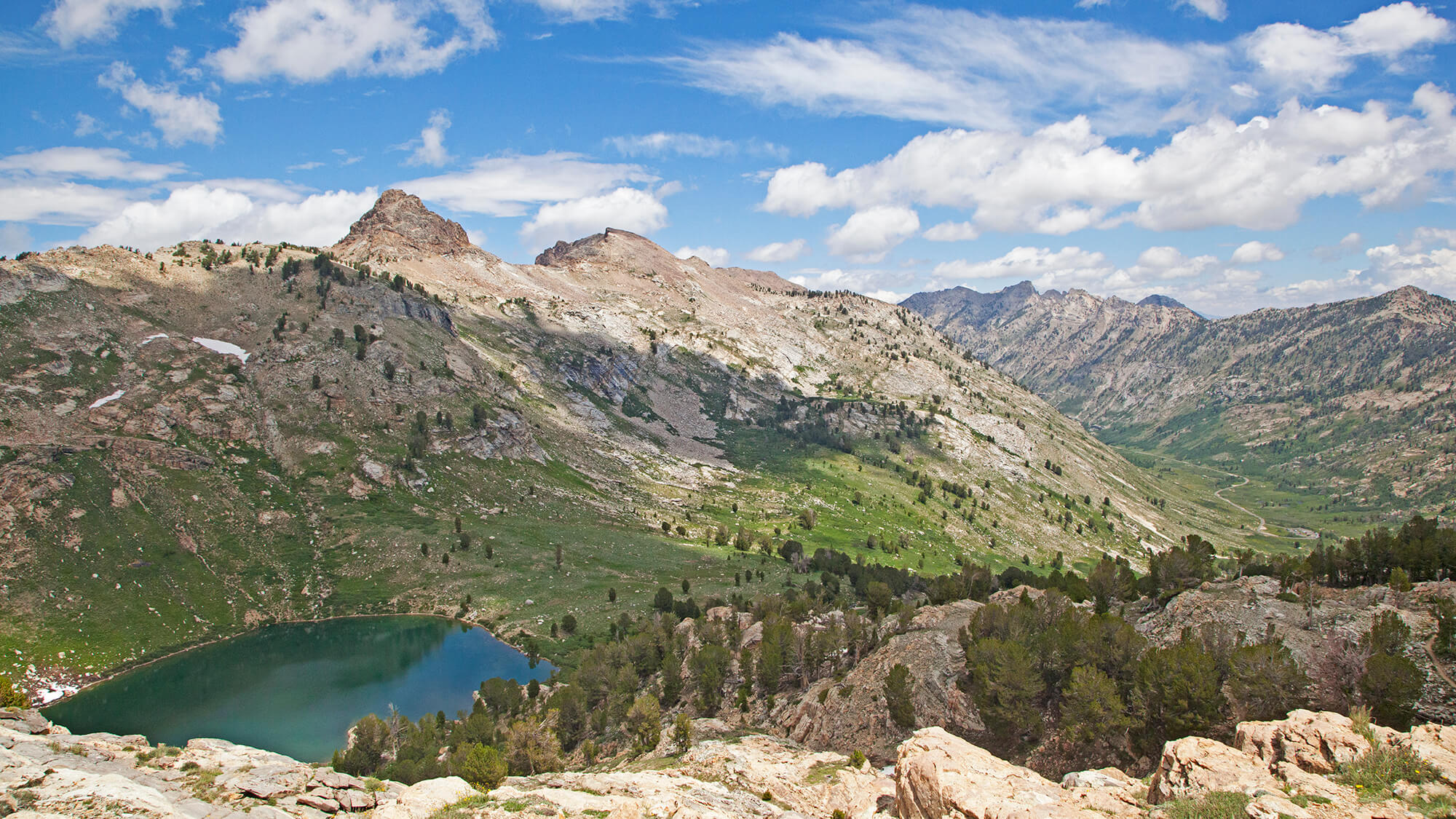 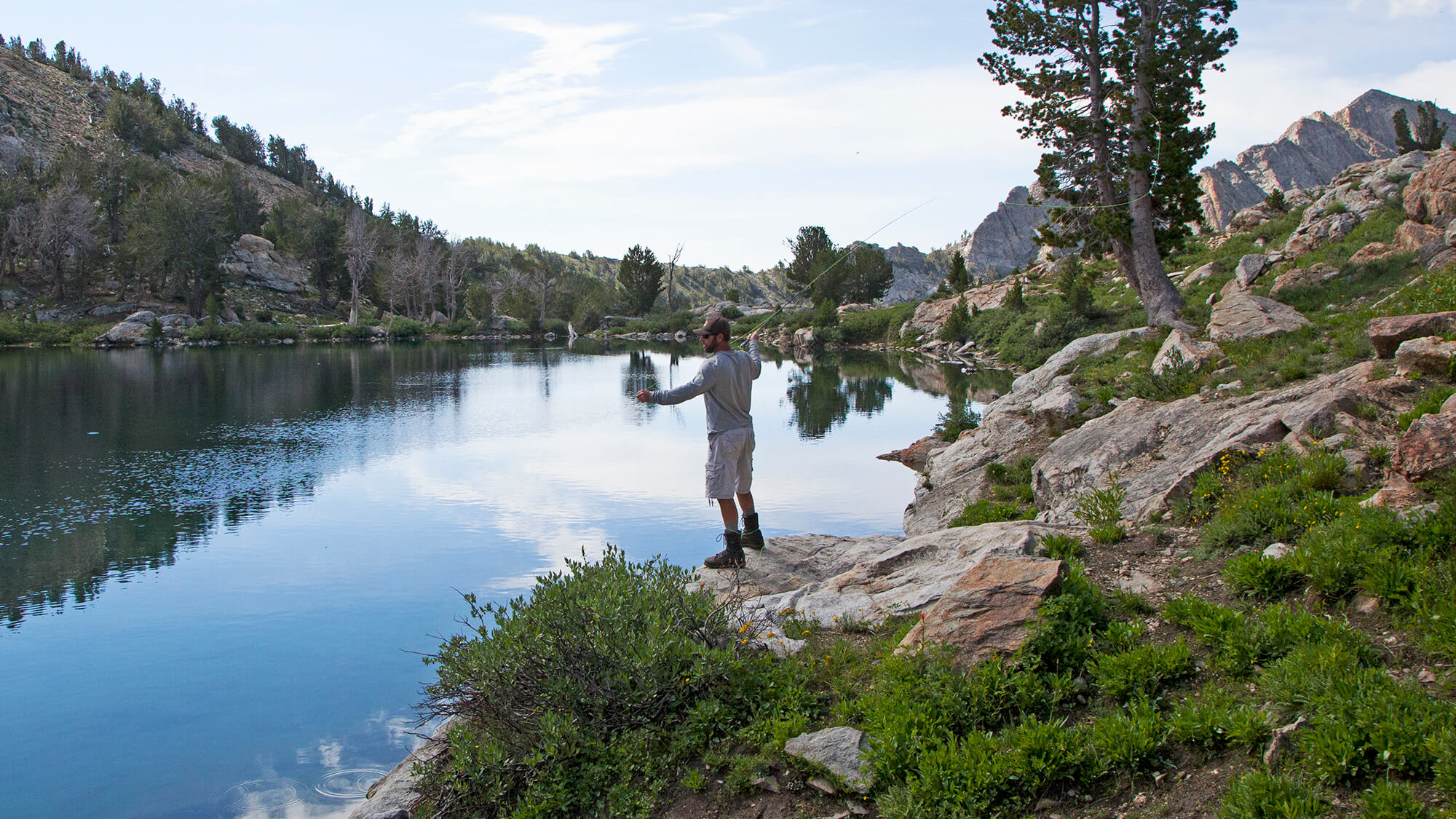 THE VAULT OF THE HEAVENS

Bagging the Machu Picchu of Nevada