There are no Hoover Dam tours at this time. Visitor Center Exhibits are open to the public at 25% capacity. Guests may purchase tickets for Visitor Center Exhibits inside the Visitor Center. All tickets are sold in-person only on a first-come first-served basis. Everyone in your group must be present at time of ticket purchase. No online ticket sales or reservations are available. For ticket information call 702-494-2517.

Where is the Hoover Dam 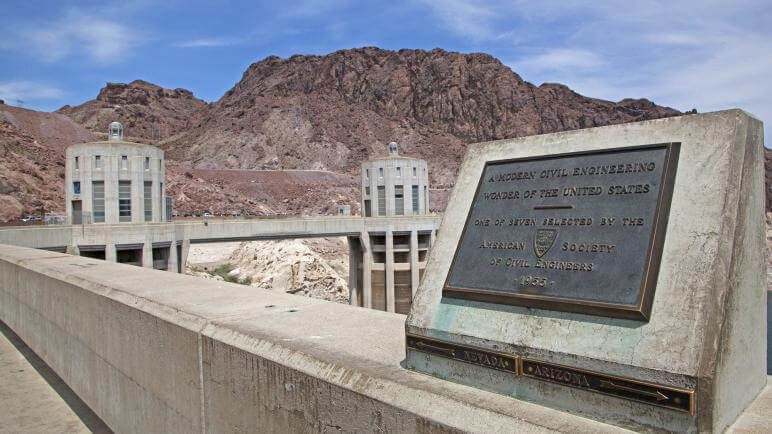 Back at the turn of the 20th century, engineers suspected that the Black Canyon and the nearby Boulder Canyon had serious potential to support a dam that could produce hydroelectric power and water for irrigation, and the Colorado River was the ideal water source. Hoover Dam lies at the intersection of the southeast corner of Nevada and the northwest corner of Arizona and impounds Lake Mead, which is the largest reservoir by volume in the United States when it is full. It was the perfect site for such a grand project, and in 1928, the dam proposal became a reality. By 1936 the Hoover Dam was completed in its entirety at an impressive two years ahead of schedule. 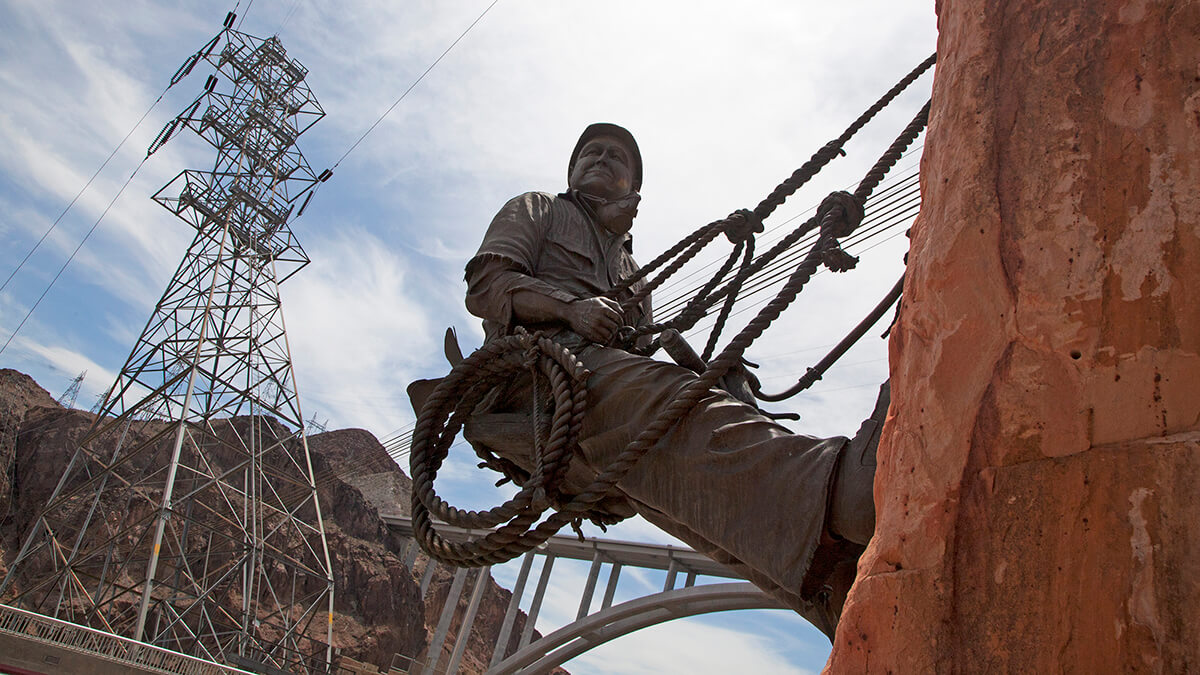 To start, Congress needed to approve the Boulder Canyon design project and bidders, which included six companies. The city of Las Vegas lobbied to be the headquarters for the Hoover Dam construction and even went to extreme measures by closing many local speakeasies. Instead, the Secretary of the Interior announced that a model city would be constructed in the desert near the proposed dam site.

Before long, the project drew in thousands of ambitious able-bodied men from all over the United States, and the town of Boulder City was established (as a planned, non-gaming community) to house them. At the time, Las Vegas had a modest population of 5,000, but the city soon saw an influx of 10,000-20,000 workers descend upon the area. It was the Great Depression and a job as a worker on the Hoover Dam was a good one, but meant working in some of the most extreme work conditions imaginable with temperatures soaring well above 100 degrees on an average day.

The newly approved project now had an immense workforce with a new town to support it and construction began. The Colorado River was diverted for the construction of the Hoover Dam and two cofferdams were built to protect the work site from the swiftly moving river. Surprisingly, after just two years, concrete work on the Hoover Dam was finished ahead of schedule and the dam was dedicated. Impressively, workers used a total of 3,250,000 cubic yards of concrete to build the dam, and they used an additional 1,100,000 cubic yards to build the power plant and other nearby structures. 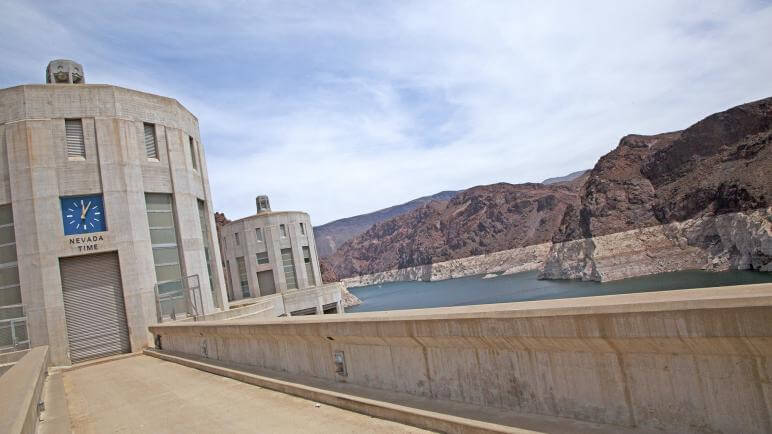 Engineers assumed that the Hoover Dam would someday be open for public tours and they brought in a Los Angeles-based architect to redesign some of Hoover Dam’s interior and exterior elements. Impressively, the architect single-handedly streamlined the design, which remains an Art Deco masterpiece to this day. He redesigned the dam face, clock faces, and even color-coded the pipes and machinery, and perhaps most importantly, he brought in a Denver artist to design the immaculate walls and terrazzo flooring on the interior of Hoover Dam. Second to Hoover Dam’s amazing hydroelectric operation, the Art Deco facets are fascinating, and they are a prime example of the era in which Hoover Dam was built, especially the “Winged Figures of the Republic,” or bronze angel sculptures. If you’re on your way to Vegas, follow in the “footsteps” of thousands of hopeful gamblers and rub the angel’s toes for a little extra luck on the casino floor!”

Admiring the Bridge at the Hoover Dam

While there are more than enough things to see and enjoy at the Hoover Dam, visitors can also marvel at, and even walk across, the newly-completed Mike O’Callaghan-Pat Tillman Memorial Bridge. As the world’s tallest concrete arch bridge, it is the first concrete-steel arch composite bridge in the United States and towers 880 feet over the Hoover Dam. The 1,905-foot-long man made bridge connects both Nevada and Arizona roadways, so it’s fitting that it’s named the Mike O’Callaghan-Pat Tillman Memorial Bridge, as it honors a hero from each state. With 30,000 cubic yards of concrete and 16 million pounds of steel, the massive engineered wonder is the widest of its kind in the Western Hemisphere. Visitors who aren’t afraid of heights can even walk across the bridge for some great photo opportunities of the Hoover Dam and Black Canyon below. 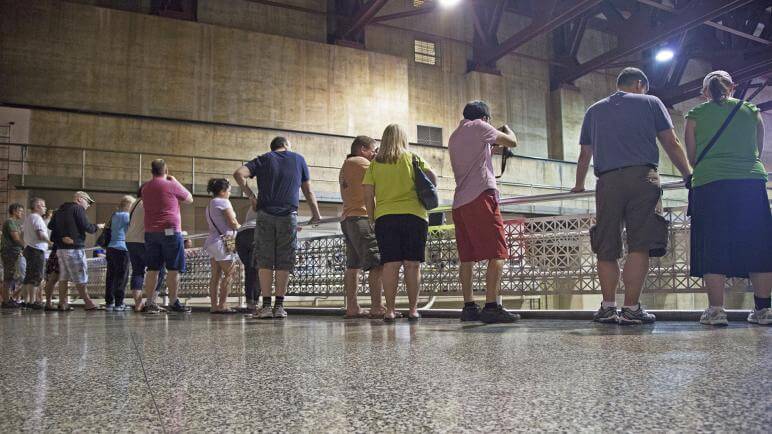 The first Hoover Dam Tour is offered at 9:30 am PST and tours run every half hour throughout the day until 3:30 pm. Visitors can purchase tickets for the tour on a first come-first served basis and 20 people are allowed on each tour. The route requires over a mile of walking on concrete and hard surfaces.

Reservations are not taken for this tour and Hoover Dam tour tickets must be purchased on site at Hoover Dam (credit cards and cash accepted).

Includes a 30-minute guided Powerplant tour and admission to the Visitor Center. 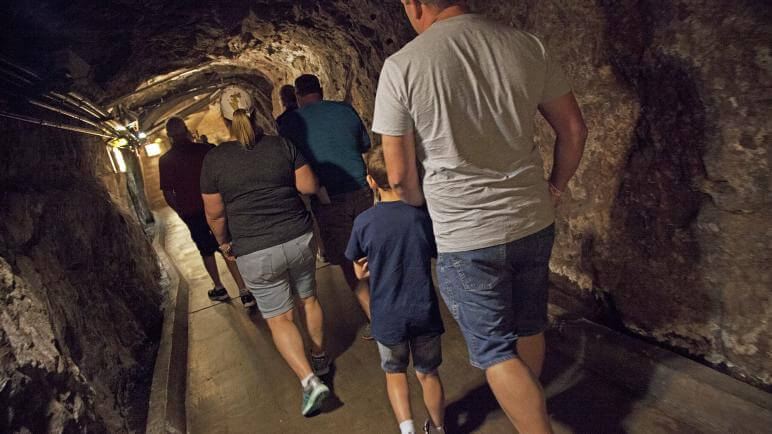 Hoover Dam Tours are NOT RECOMMENDED for anyone who suffers from claustrophobia or has a pacemaker or defibrillator. Tours are conducted in confined spaces and in a power plant with generators emitting electromagnetic fields.

Hoover Dam Tours are limited to 20 people per tour and may sell-out a couple hours in advance of the last tour. The Hoover Dam Visitor Center is open every day of the year except for Thanksgiving and Christmas.

Getting to Hoover Dam from Las Vegas 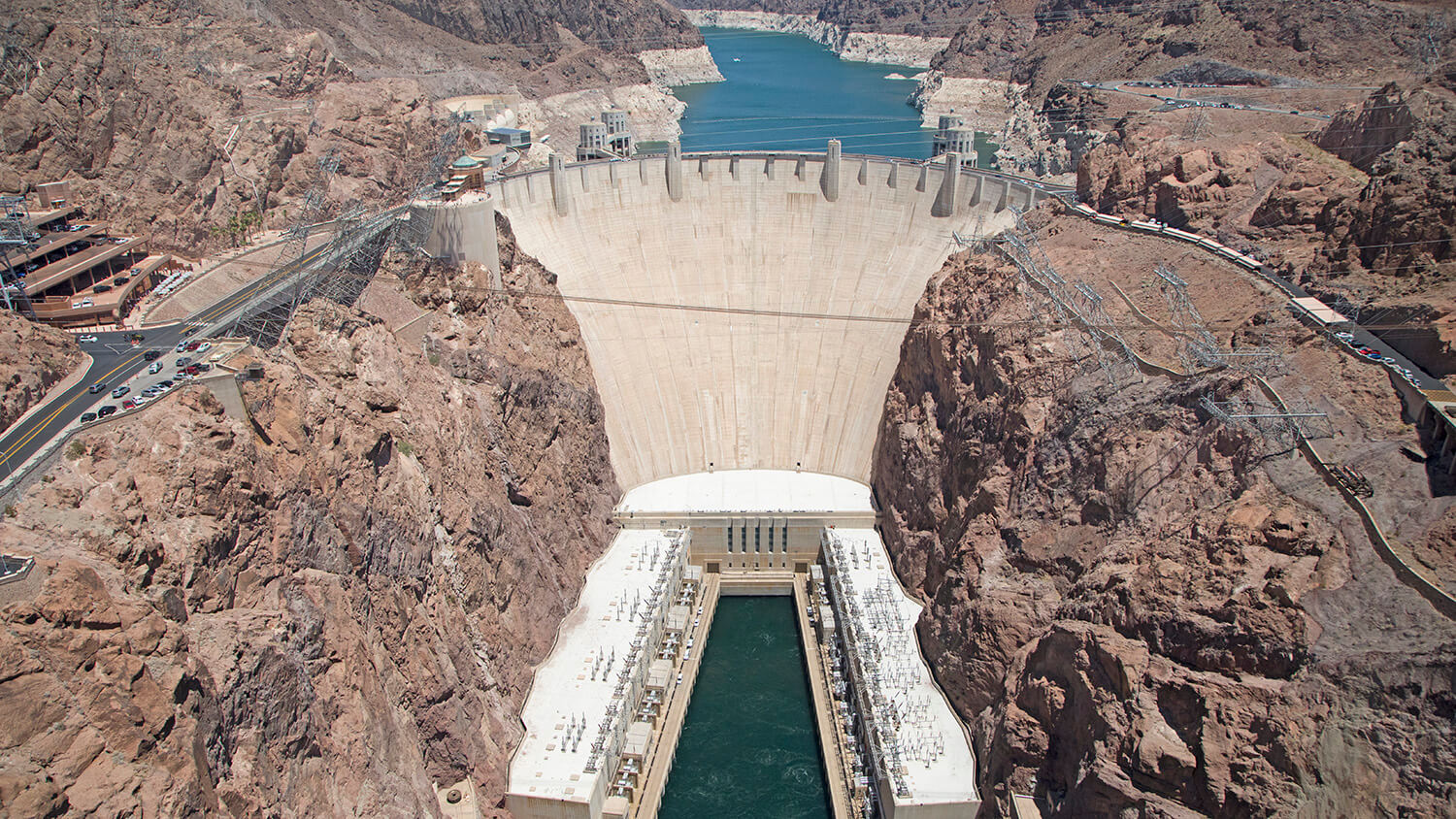 From Las Vegas, take US Highway 93 South and continue 30 miles to Boulder City. In Boulder City, take a left at the second stoplight in town [there are only two of them.] Continue US 93 for about 5 miles [just past the Hoover Dam Lodge] to the turnoff for Nevada State Route 172—The Hoover Dam access road. Take NV SR 172 for about 2 miles until reaching the Hoover Dam, which straddles the Nevada/Arizona state line. ***Please note that visitors who wish to continue travel into Arizona must re-enter Nevada and access Highway 93 to cross the Hoover Dam Bypass Bridge; the roadway across Hoover Dam is no longer open to through-traffic.*** 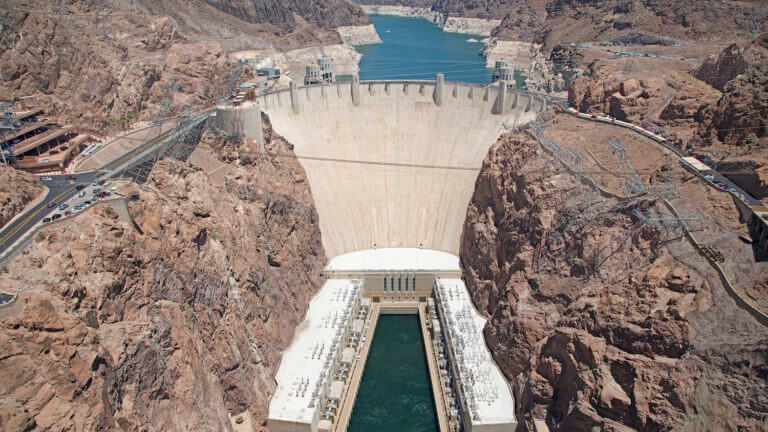 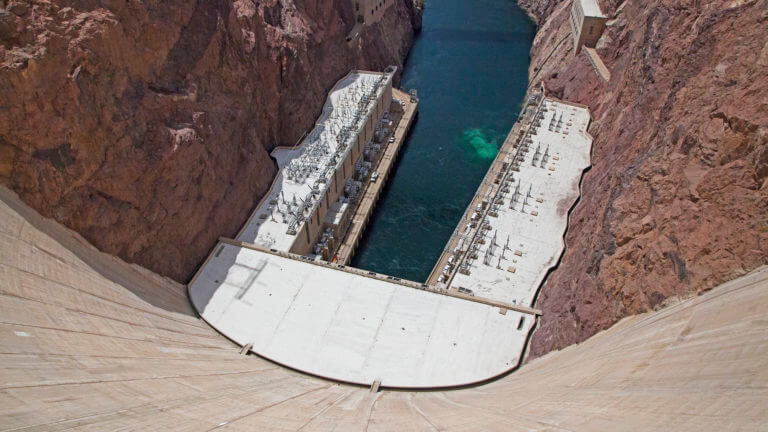 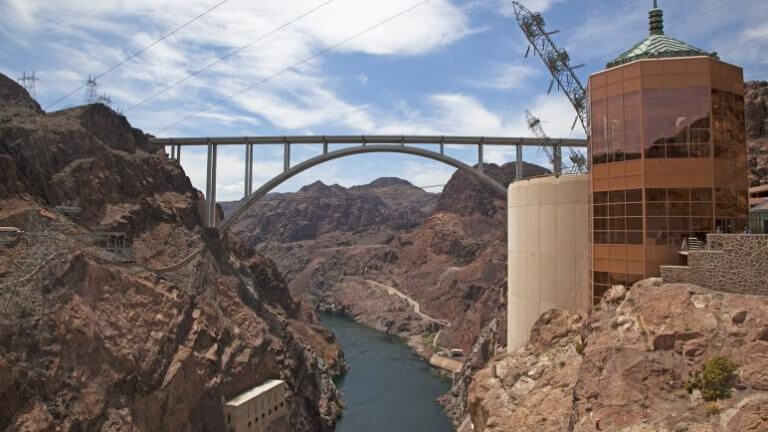 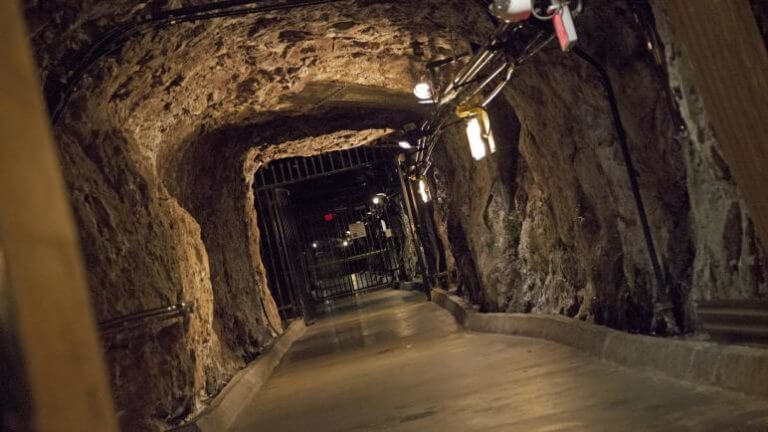 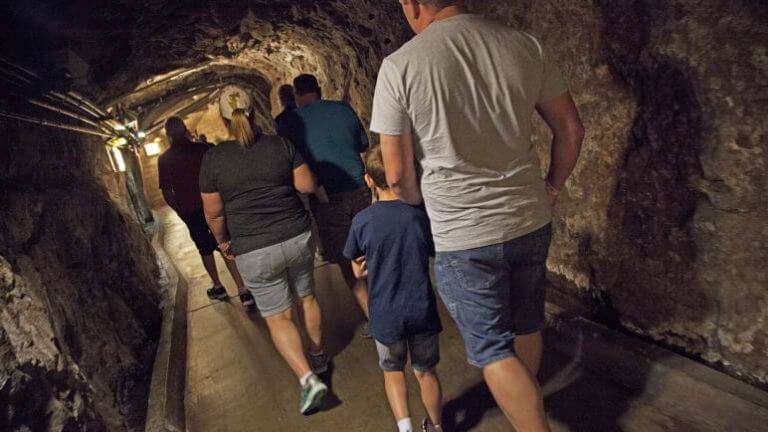 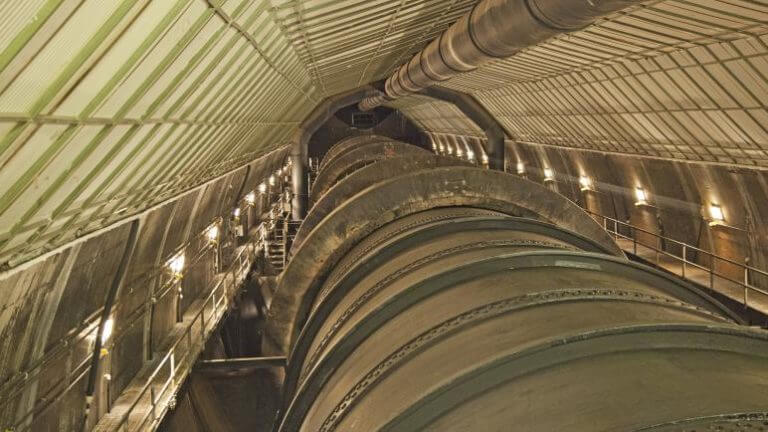 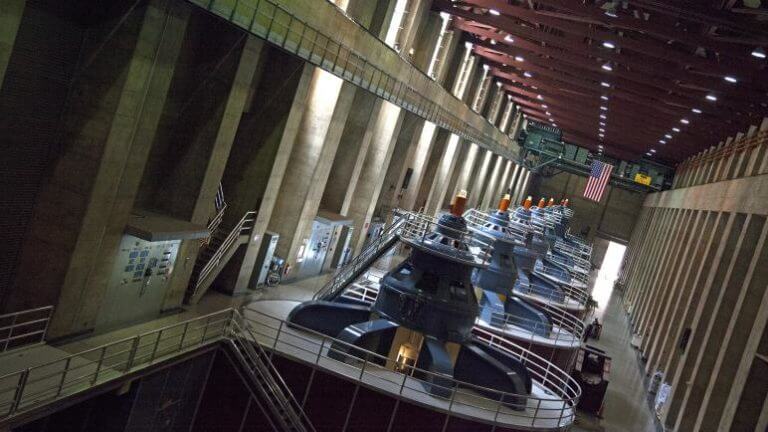 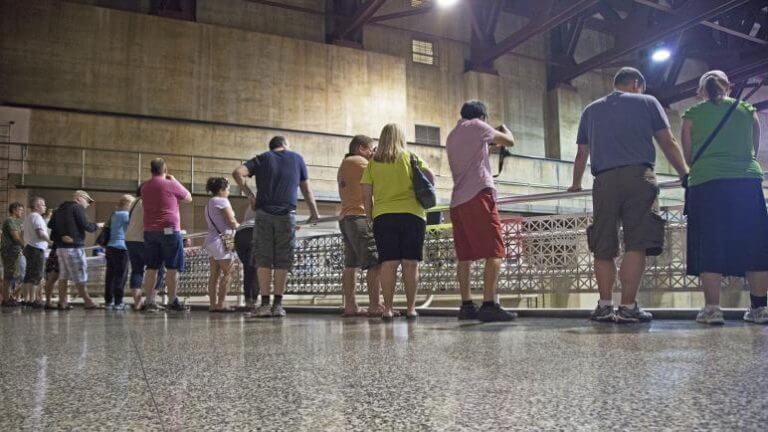 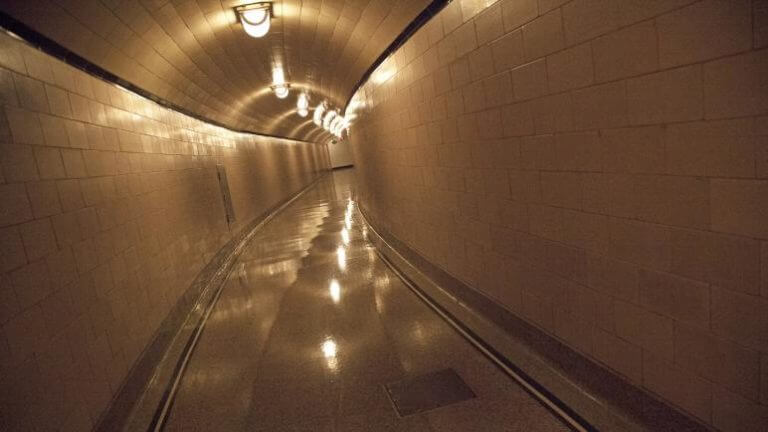 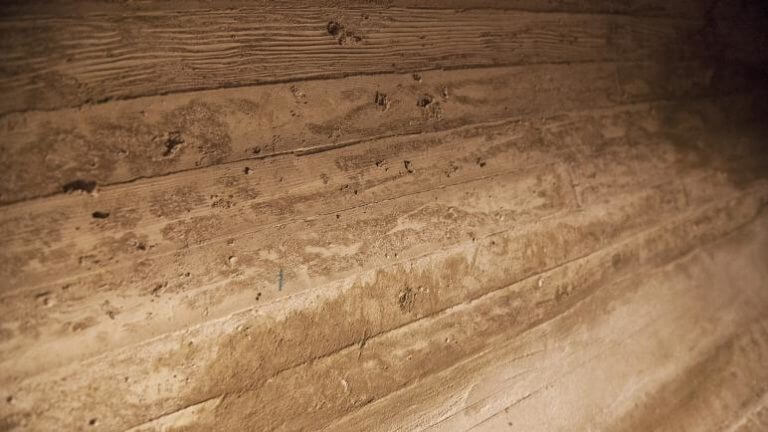 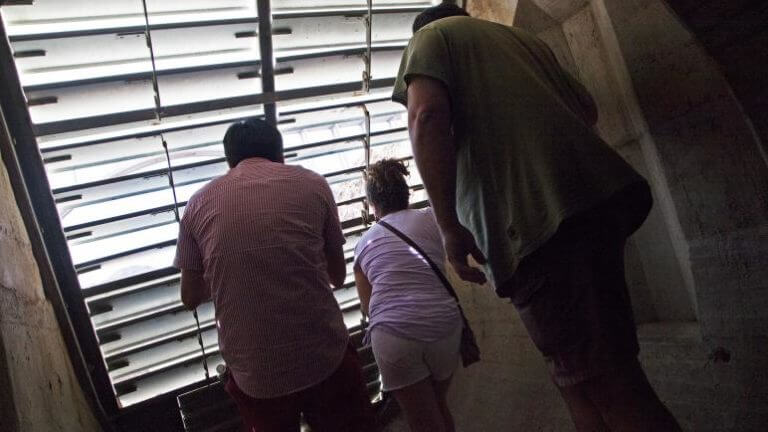 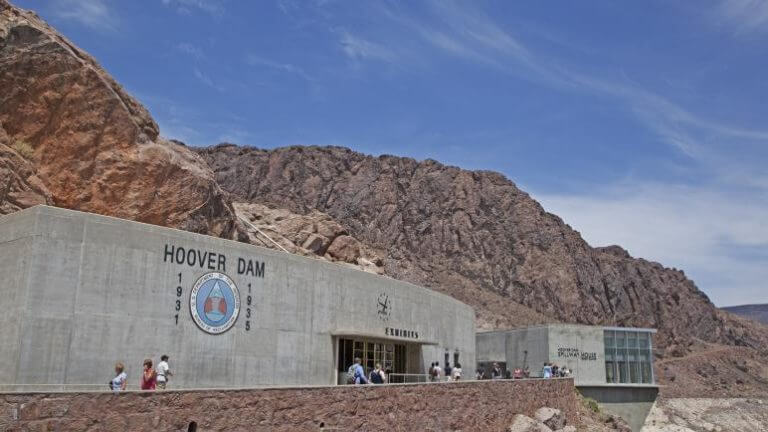 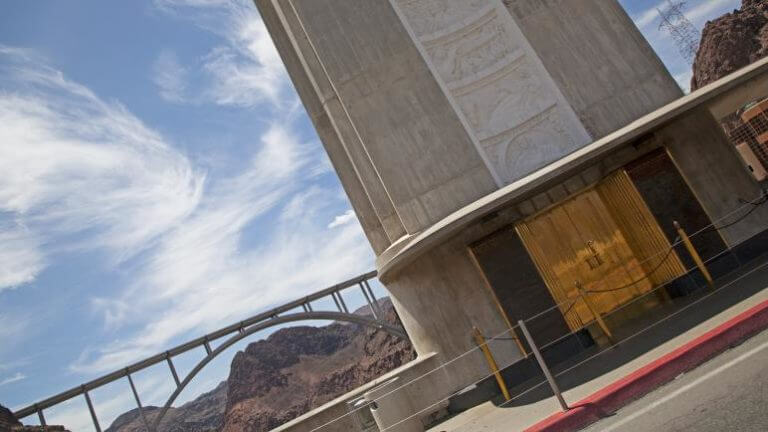 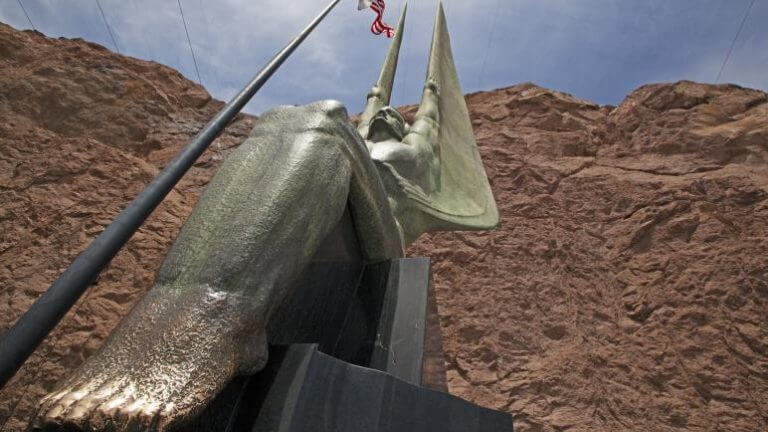 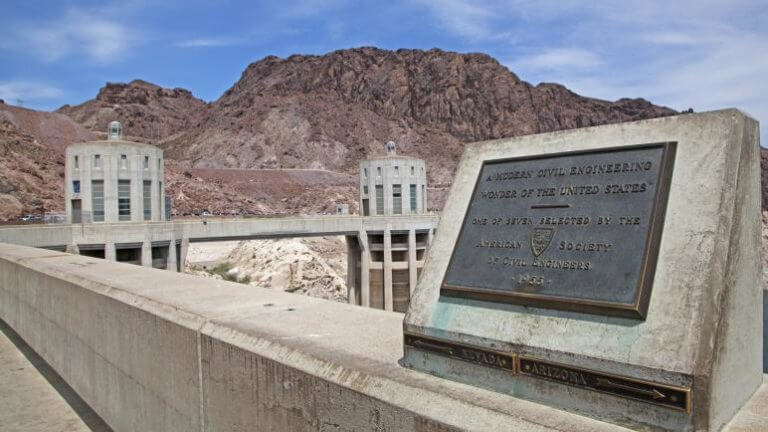 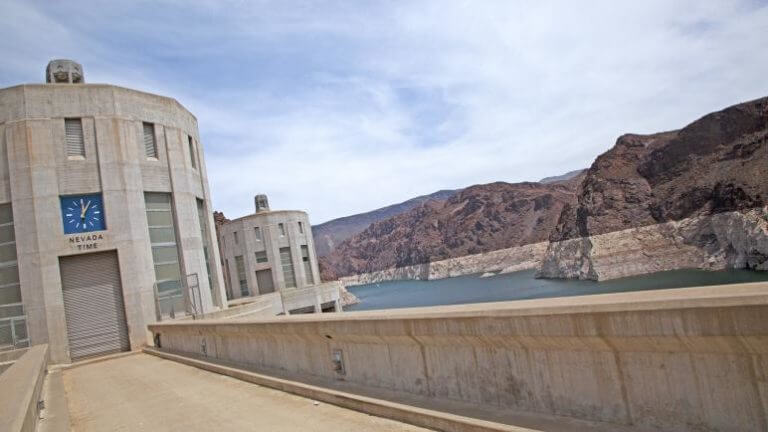 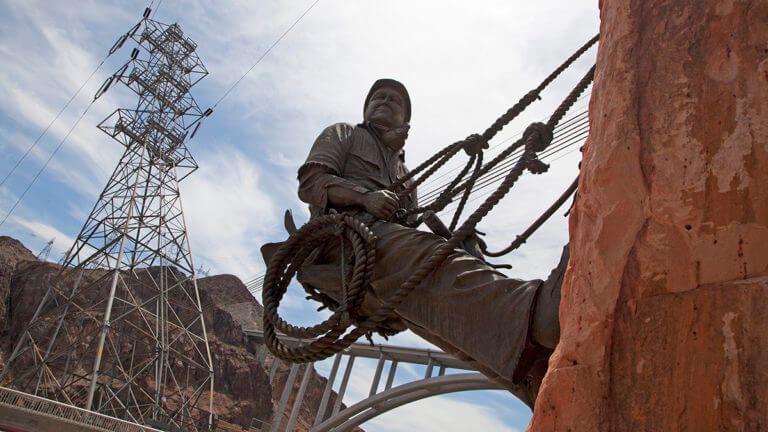