With the rising value of gold and increasing popularity of reality TV shows such as “Gold Rush, Alaska” and “Bering Sea Gold,” it seems that everyone is getting gold fever. If you find yourself bitten by the bug, you couldn’t be in a better place for gold prospecting than Nevada.

The Silver State is, by far, the No. 1 gold-producing state in the nation. By percentage, Nevada produces 76 percent of the USA’s gold, while second-place Alaska claims just 11 percent. In fact, in global terms, Nevada ranks higher than most countries. The world’s top producers (in descending order) are China, Australia, the United States, Russia, South Africa, and… Nevada. 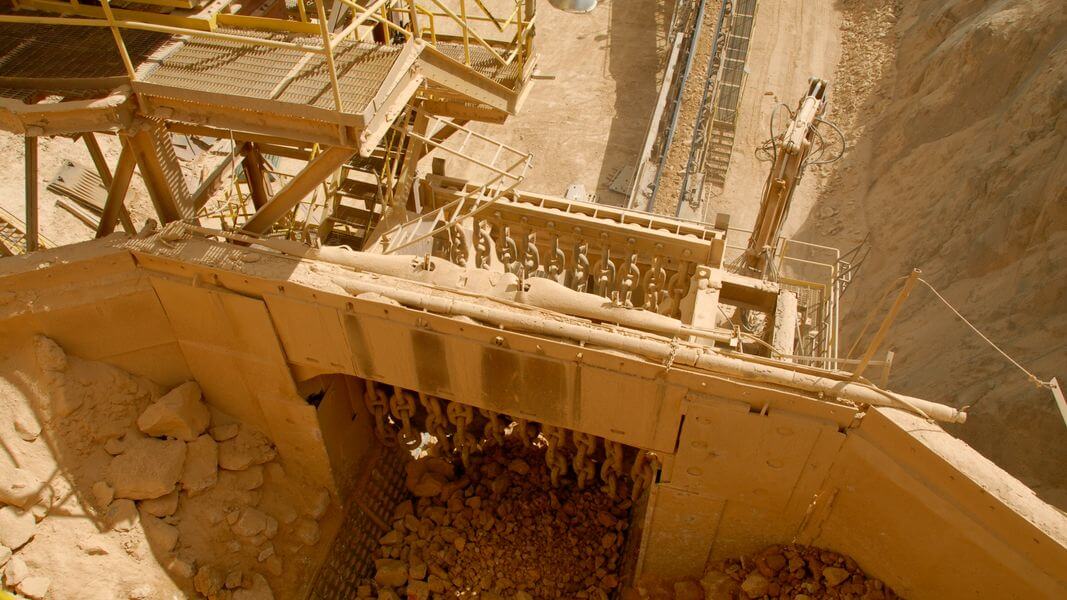 And not all the state’s hot spots have been discovered, so there’s plenty of gold prospecting to go around. According to Mike Visher, deputy administrator for the Nevada Division of Minerals, “New discoveries are being made on a regular basis. We are fortunate to be in a state rich with minerals and precious and semi-precious gemstones. We work closely with public groups such as rock and gem clubs, schools, and other agencies to help them have safe and enjoyable outdoor experiences.”

No one seems to be enjoying the outdoor gold prospecting experience more than members of the Gold Prospectors Association of America, a national organization with two chapters in Nevada. The Northern Nevada chapter meets at Sparks’ Spanish Springs Library the fourth Monday of each month at 6 p.m. The Las Vegas chapter also meets at the same time at Eagles Lodge on Washington Avenue. 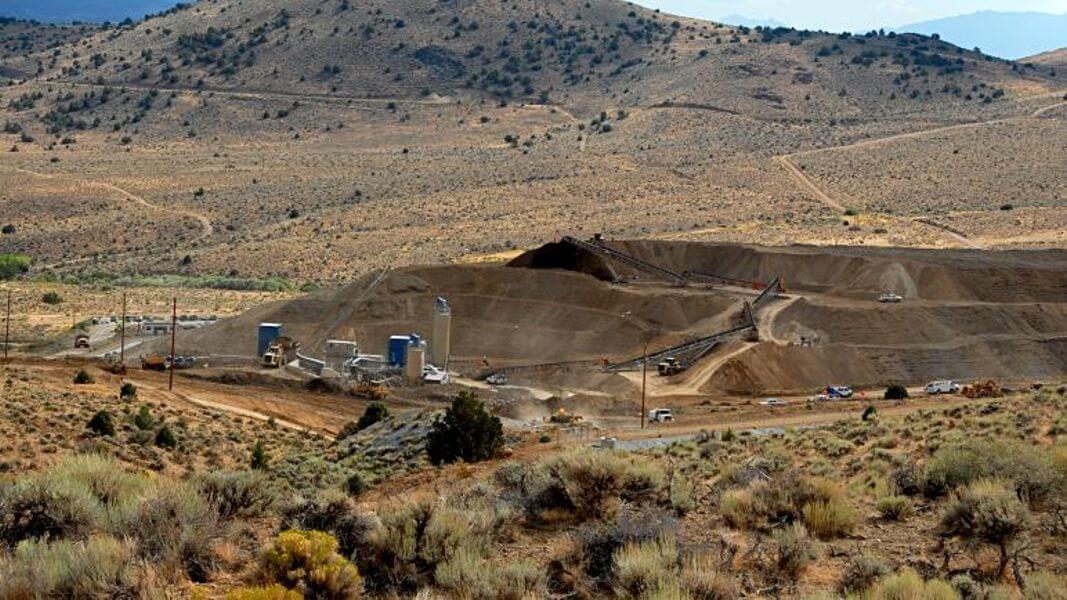 DeAnna Costen, president of the Las Vegas GPAA chapter, shares a philosophy common to the group: “My greatest treasure isn’t the gold I find, but the enjoyable outings and the many new friends I make.” People with special needs are welcome to all meetings and outings. Bobby Patterson is one such person. Although she is confined to a wheelchair, she attends all chapter activities and has become a real expert at gold panning.

There are several rock and gem clubs throughout the state. One of the most active is the Reno Gem & Mineral Society.

Sharing gold prospecting legends around a campfire is part of the fun. While most stories are based in fact, it isn’t a requirement. The most famous is the Lost Dutchman’s Mine in the Superstition Mountains of Arizona, but my favorite is one about the snowbird prospector. This old fellow spent his summers traveling the dusty back roads of Nevada in an old wood-bed pickup. As winter approached, he would migrate to Arizona to prospect and attend the annual rock and gem shows.

These shows attract buyers looking for jewelry-quality nuggets, and this prospector always sold just enough to get him through the next year. When he died his nephew inherited the dilapidated truck. The young man was anxious to get rid of it and was meeting a potential buyer one afternoon. While clearing out the bed he noticed something bright red beneath the cracks in the floorboards. When he crawled under the truck, he was surprised to find a large Folgers coffee can mounted to the undercarriage. The can was full of gold nuggets!

The prospecting in “gold prospecting” simply means “to search for.” Mining is what takes place after you start moving dirt. There is a bit of an overlap, such as exploratory mining when you are trying to determine if a full-scale operation is feasible. Gold mining is either load (hard rock) or placer (loose gold that has separated from rock through natural processes). 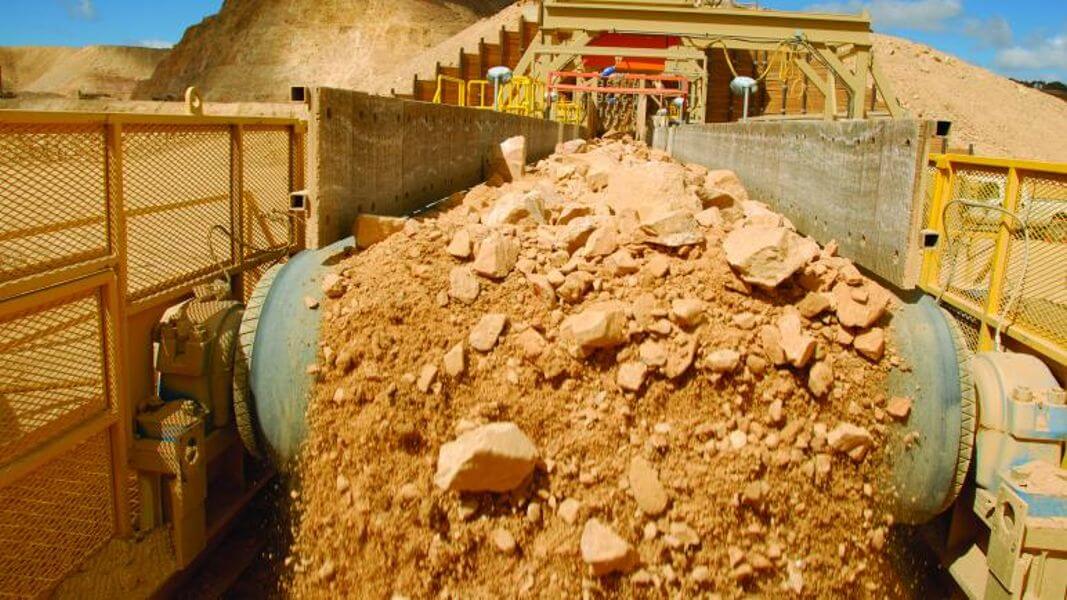 For the recreational prospector, the two most popular forms of gold prospecting are gold panning for placer gold or using a metal detector to find nuggets (also known as shooting for nuggets). As the coil of a metal detector is moved back and forth—“keep the coil to the soil,” the saying goes—it detects changes in the soil and small objects below the surface. When an object is detected, an audio signal is generated.

Nancy Terwilliger of the Northern Nevada GPAA chapter advises, “Don’t purchase a metal detector before you attend a few chapter meetings and gain some field experience.” The training is free, and members delight in helping newbies. A metal detector can cost $30 from one of the box stores, or you can spend thousands on top-of-the-line models. Popular places to practice are public parks and playgrounds, where you might find coins or jewelry.

Metal detecting is a great outdoor family activity. Give a youngster a metal detector and watch their eyes light up when they find their first bottle cap or rusty nail. The old saying, “One man’s junk is another man’s treasure” truly applies to metal detecting.

WHERE & HOW TO PROSPECT FOR GOLD

You can prospect on public land that doesn’t have a claim posted. A claim will have four white corner posts that define the boundaries. Metal detectors can be used in state parks as long as you first check with a ranger and agree not to remove items of historical importance.

By reporting your finds, you can actually help contribute to the history of the area. Gold prospecting in national parks and on private land is prohibited. Some landowners will allow you to use a metal detector on their property if you ask first and assure them you will replace the dirt if you dig holes. 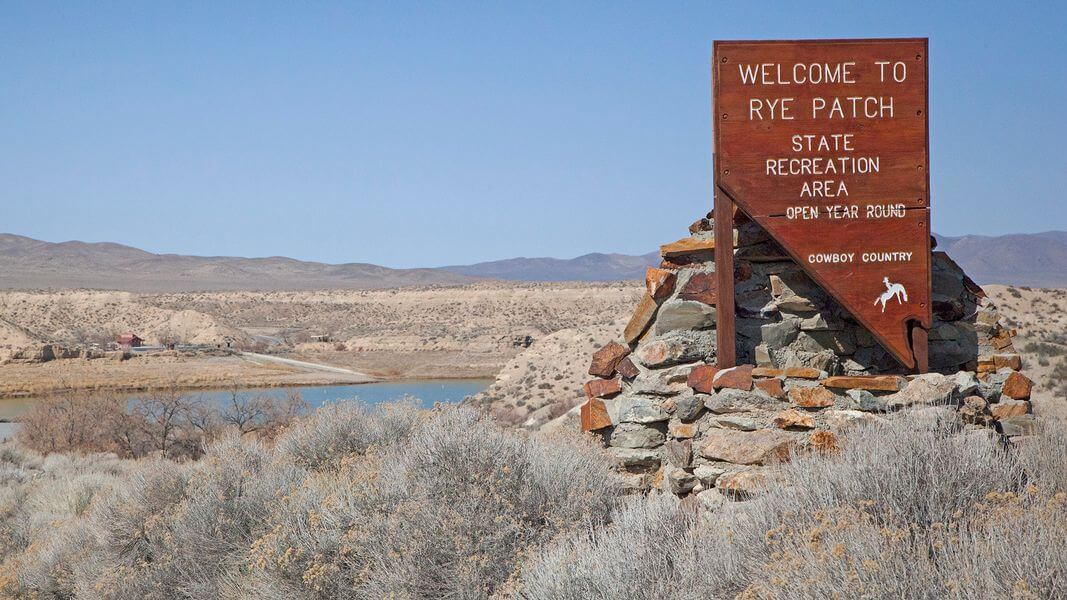 One of the best places in Nevada to search for nuggets is Rye Patch State Recreation Area, northeast of Lovelock. Use the park as a base as you explore the surrounding hills. Some of the largest nuggets in the country have been found here. If you are lucky, you might run into Peg Leg John. Yes, there really is an old prospector named Peg Leg, and he is a local legend. In exchange for a cold one and a bit of grub, he might point you in the right direction.

If you’re new to prospecting, there’s plenty of gold panning in Nevada to be had. Gold panning for placer gold is about the easiest and least expensive way to start gold prospecting. Find some promising soil—the best is black sand from a riverbed—put it in a gold pan, add water, and you are in business. The idea is to rock/swirl the mixture in the pan to allow some of the lighter material to flow out, over the rim. The heavier black sand and gold particles sink to the bottom and lodge against the pan’s ridges.

Gold panning is also the final step in a more advanced procedure called “high banking.” This process incorporates a sluice box on adjustable legs. A screen-covered box (a hopper) at the top of the sluice filters out rocks as you feed dirt over the screen. By using a tub of water, a battery-powered water pump, and a bit of hose, you can recycle the water from the tub to the high banker, where it flows over the dirt, down the sluice, and back into the tub. The water flow pushes gold-bearing material over a series of metal riffles. The heavy gold particles drop into a carpet-like material beneath the grid as the lighter materials are washed away.

Gold prospecting can be a fun way to stay in shape for all ages while exploring the outdoors. Seniors are discovering that it can add years of enjoyment to their lives. Above all, gold prospecting is a great hobby that brings the history of our great state up close and personal.

The biggest golden nugget in existence, the second biggest ever discovered, and the biggest ever found with a metal detector resides right here in Nevada in the lobby of the Golden Nugget Hotel & Casino in Las Vegas. Kevin Hillier found the nugget in Australia in 1980 while setting out for the first time with his new metal detector. He had only ventured a few yards from his front door when the detector sent out a loud, steady buzz. He dug down about six inches when he discovered the 61-pound beauty—later named The Hand of Faith and sold to the Golden Nugget for more than $1 million.

Some prospectors are drawn to the tailings of old mines, which can be dangerous. The Nevada Division of Minerals has determined that of the more than 200,000 historic mine features scattered throughout Nevada, approximately 50,000 are considered hazardous. In 1987, the agency started the Abandoned Mine Lands program. By using fees from the mining industry, they are able to inventory and secure these areas. To heighten public awareness, the agency adopted the slogan, “Stay Out, Stay Alive.”

FOR MORE INFORMATION ON PROSPECTING IN THE SILVER STATE, TRY THESE CONTACTS:

Nevada Adventure, On The Rocks

Turquoise in Them Thar Hills