Sure, you’ve probably your fair share of standard opals in your lifetime. But black fire opals? Not likely. Very places in the world produce this extremely rare and mysterious semi-precious gemstone, and the Virgin Valley in Nevada is one of them. In fact, it’s so scarce that the Virgin Valley is one of the only places in the entire world where you can uncover this kaleidoscopic variety of opal.

Other varieties of opal can be found in Virgin Valley as well, including pink, white, moss, and lemon, but the real rarity here is of course the black fire opal. These unique and magnificent gems were produced nearly 14 million years ago, when volcanic activity occurred in the region. An ancient lake covered most of the area, which was filled by a tremendous amount of volcanic ash. Perhaps most fascinating, is the lake was previously filled with limbs, twigs and other rotting woods. Heat and pressure then formed a silica gel that percolated through the ash and filled various cavities—like this cache of tree limbs—which over time, eventually hardened into a spectacular variety of opals.

The amount of opals mined in the Virgin Valley is enough to impress, but the size of these opals uncovered in the region is truly extraordinary. More than a quarter million carats of precious fire opals have been extracted from the Royal Peacock mines throughout the last 25 years, and 130-pound opals—the size of actual logs—have been extracted from the mine. In 1970, a 169 carat black fire opal was discovered at the Royal Peacock Mine and in 1992, a 52 carat opal was extracted. Total, over millions of dollars of opals have been taken from the Virgin Valley, which is comprised of several commercial operations and more than 200 private claims.

Virgin Valley opals, black fire variety or not, are found in pockets. When you uncover one, there are usually others nearby. As most of the opals were formed in cavities of tree limbs, many theories suggest the limbs were floating in the lake and eventually crowded together in small coves.

All in the Family Opal Mining

The Royal Peacock Opal mine has been a family affair since officially opening for business in 1981. Since then, the mine has been open to the public as a pay-to-dig mine, and produced extremely rare and beautiful opal specimens. Originally a buckaroo in southeastern Idaho and northwestern Nevada, Harry Wilson spent the majority of his time in the field, eventually turning into somewhat of a rock hounding hobbyist. The reason? Harry and other ranchers would uncover mysterious glimmering stones and trade them for a shot of whiskey here or there. Eventually, Harry purchased a homestead, working massive cattle operations in Oregon and California, but spent a lot of time in Virgin Valley, Nevada. By 1944, they realized that these sparkling specimens they’d been finding were opals, and there in fact was an opal mine in the area. Along with his wife Joy, Harry purchased the Royal Peacock Opal mine. The Wilson’s continued to operate their cattle ranch out of the region, and has since been surrounded by the Sheldon National Wildlife Refuge. Today, the ranch is operated by Harry and Joy’s children, Walt, Angie and Julie.

Doubling as Nevada’s state gemstone, rock hounding enthusiasts flock to this rugged and extremely remote area of Nevada to try their luck at mining their own black fire opals. While the mine formerly operated on a commercial scale, the Royal Peacock Opal Mine is open to hobbyist rockhounders today. Visitors must check in at the gift shop prior to digging, and will be presented with a few different types of mining to choose from.

Get to Know the Virgin Valley

The Virgin Valley is a ruggedly remote—spending the night in the area is almost a necessity. The Virgin Valley Campgrounds can be found nearby, but a better option is settling in for the night right at the Royal Peacock RV Park. Visitors can take their pick from a furnished cabin with nearby restrooms, or a more modern accommodation called “The Trailer with running water. Both options are completely furnished with A/C and heat, and have small kitchens and living areas. Otherwise, take your pick at one of the many campsites and RV spots, which have full hookups, laundry, and a shower.

The Royal Peacock Opal Mine is open seasonally from May 15 thru October 15, weather permitting. Reservations are not required, but please check in at the on-site gift shop prior to digging.

Bank digging typically runs $190 per person for day, where raking the tailings is $75 per person, per day. Rockhounding tools are also available for rent, including picks, shovels, rakes, screens, hard hats, gloves and more. For the most current information on pricing (subject to change), get in touch with Royal Peacock Opal Mines directly at (775) 941-0374. 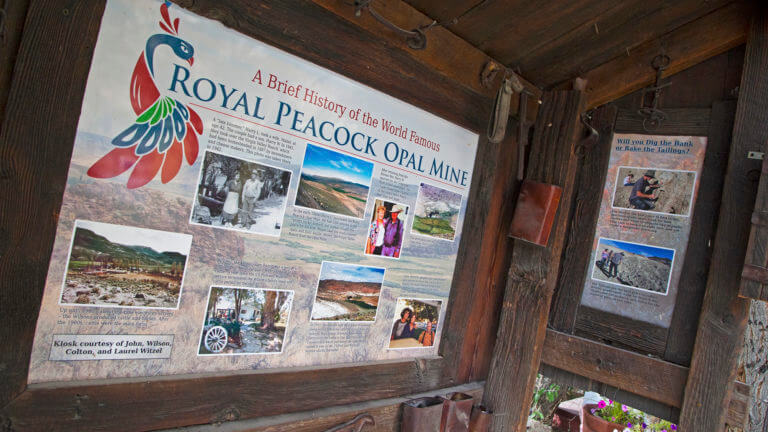 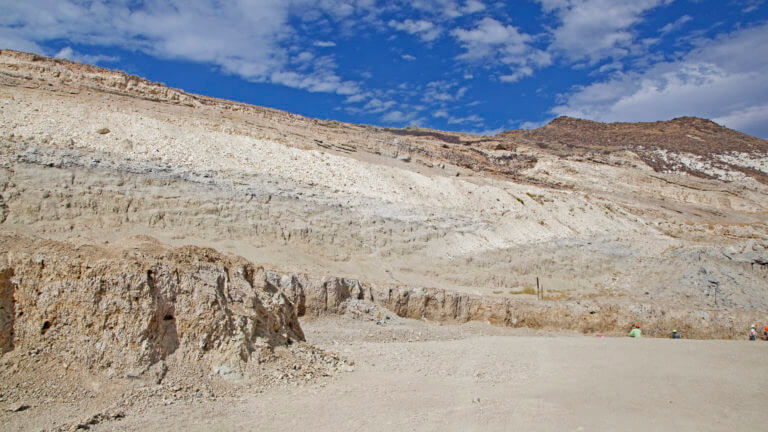 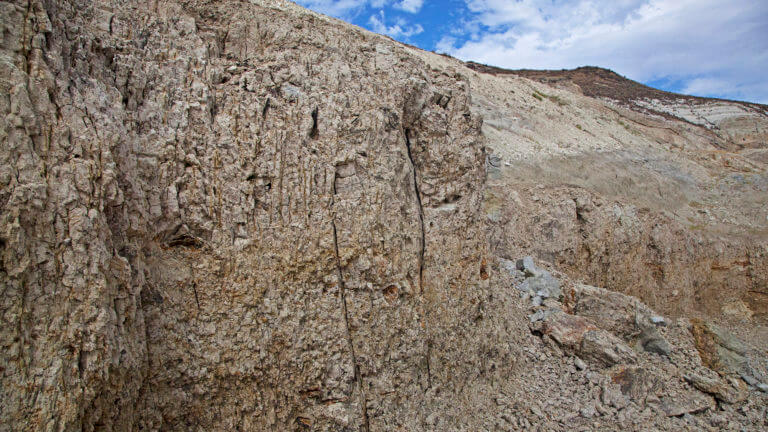 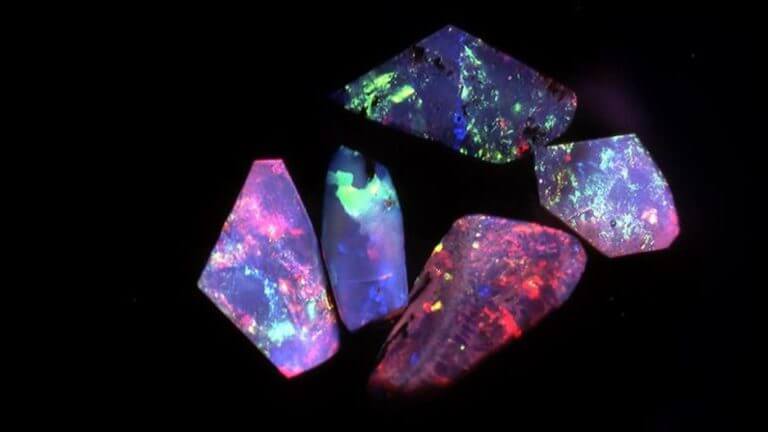 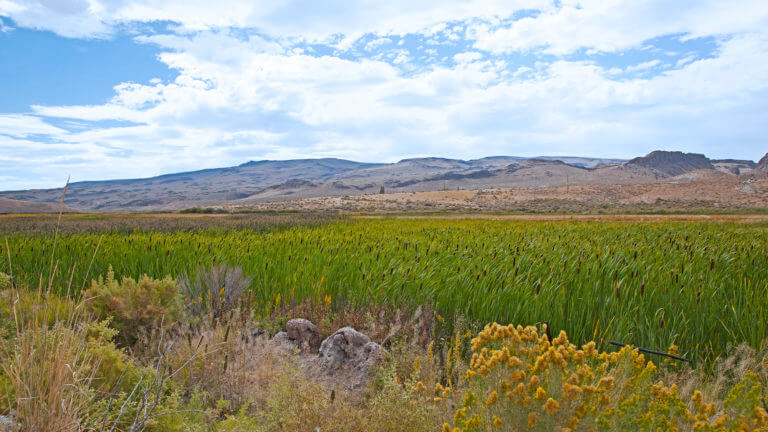 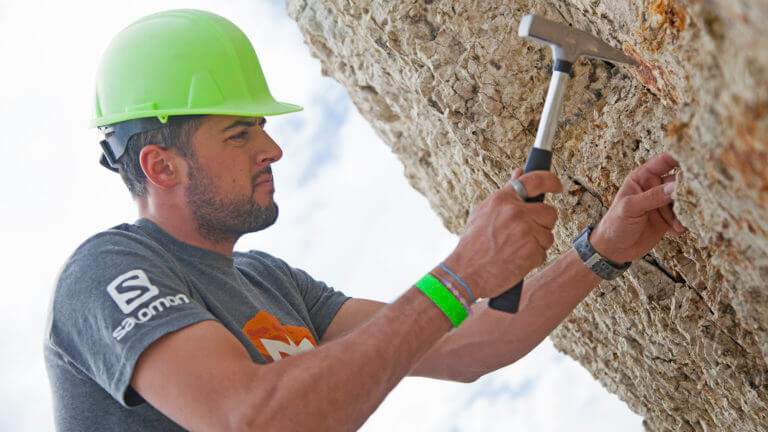 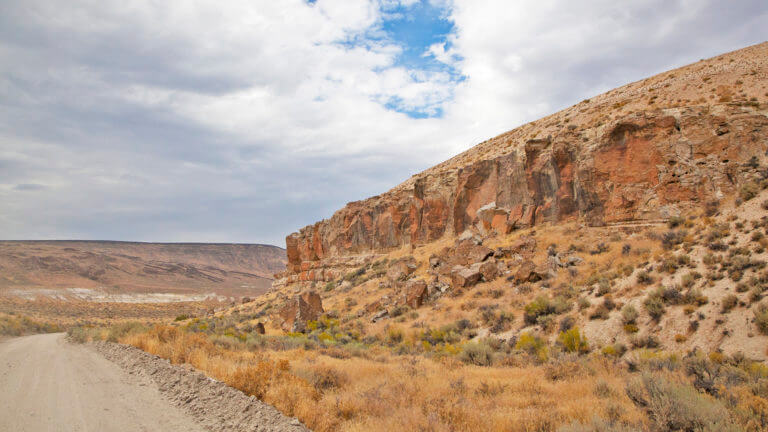 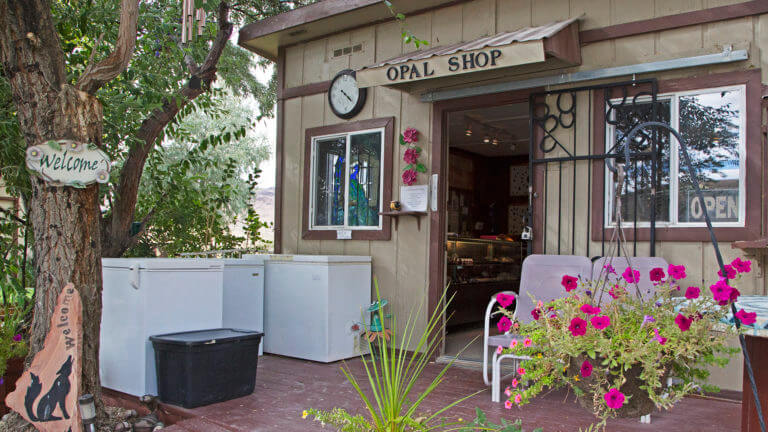 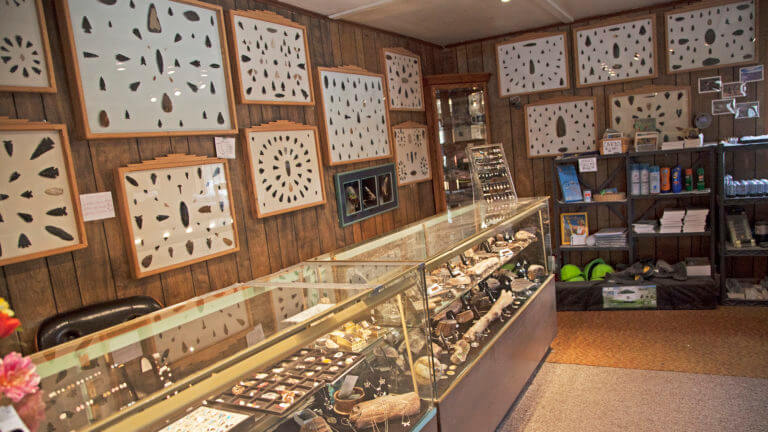