This spectacular canyon on the outskirts of Caliente, NV, Kershaw-Ryan State Park is a sharp contrast to its surrounding rugged low-desert landscape. Natural cold springs trickle through the lush grounds, feeding wild grapevines, fruit orchards, and rose gardens. Caliente’s nickname is “Nevada’s Rose City,” named after the wild roses growing throughout the region. Aside from creating a verdant getaway, the park’s cold springs also feed a small pool and koi pond.

Kershaw-Ryan State Park is located 3 miles from downtown Caliente, easily accessible through paved roads. As the ultimate adventure basecamp, hike the park’s short but spectacularly scenic overlook trails that bring you up and out of this desert oasis to a ridgeline with an amazing perspective of Rainbow Canyon below. Or, embrace the growing Barnes Canyon Mountain Biking Trails system that runs adjacent to the Nevada State Park before returning to the Kershaw-Ryan campground, picnic areas, and cold springs for the night.

Originally settled in the 1870s, pioneers Samuel and Hannah Kershaw were drawn to this canyon for its wild lushness. As the natural springs served as an irrigation system, the Kershaws were able to cultivate fruit orchards within the canyon itself—many of which can still be found in the area to this day. By the early 1900s, a man named James Ryan had purchased the property from the Kershaws. Rumor has it that he never actually lived within the canyon, but was interested in getting a hold of this oasis in the desert to preserve its natural beauty and serenity for future generations to enjoy.

In the late 1920s, Ryan finally saw his master plan come to fruition after donating the land to the Nevada State Parks system. With the help of the Civilian Conservation Corps, it became one of Nevada’s first four state parks, along with Valley of Fire, Beaver Dam, and Cathedral Gorge. During this time, the CCC constructed campsites, picnic tables, restrooms, and even the wading pool that still remains at Kershaw-Ryan today.

The 700-foot colorful canyon walls that house Kershaw-Ryan State Park in Caliente, NV are completely stunning, and a remnant of millions of years in the making. Lava and ash erupting from ancient volcanoes laid the groundwork for these vibrant rock formations. At the same time, the water from the natural springs forged deep channels within the rock, creating the striking canyon you see today.

The climate within this southeastern section of Nevada is diverse, ranging from the high 90s in the summertime and anywhere between the mid-40s to subzero temps in the winter months. Monthly rainfall averages less than an inch, but during the monsoon months of July and August, afternoon thunderstorms are a regular occurrence and are responsible for flash floods, both historically speaking and currently. Take caution while hiking the canyon trails during these months, and for the most up-to-date information during your visit, be sure to check in with a park ranger.

Camping in Kershaw-Ryan is the closest you’ll get to camping in Caliente itself. The facilities at Kershaw-Ryan State Park have recently undergone a complete retrofit, with a 16-unit campground featuring a restroom, coin-operated showers, and RV sites. Each site is equipped with a shade ramada, picnic table, fire ring, and grill. While visiting the park, be sure to take advantage of the hiking trails, group shelters, horseshoe pits, and volleyball courts, too.

Kershaw-Ryan State Park is open seven days a week, from 8:00 AM to sunset daily. 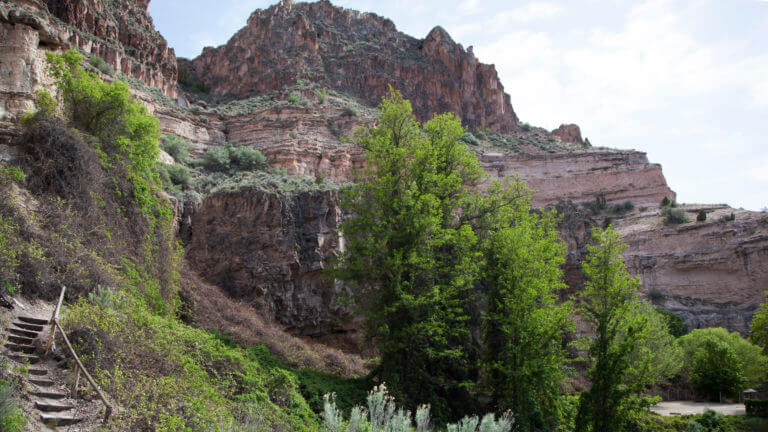 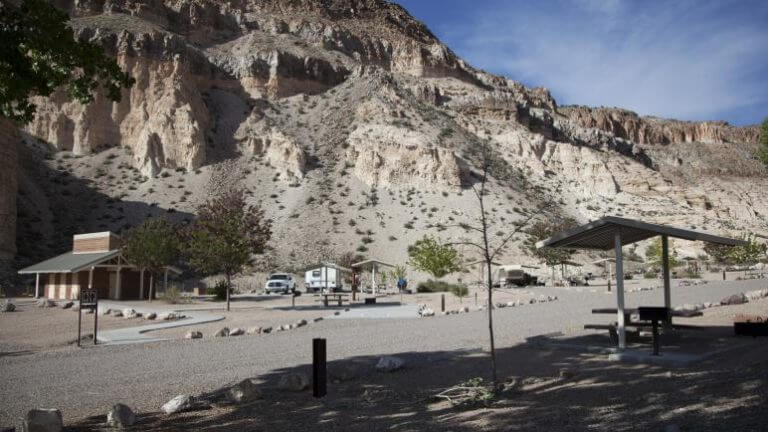 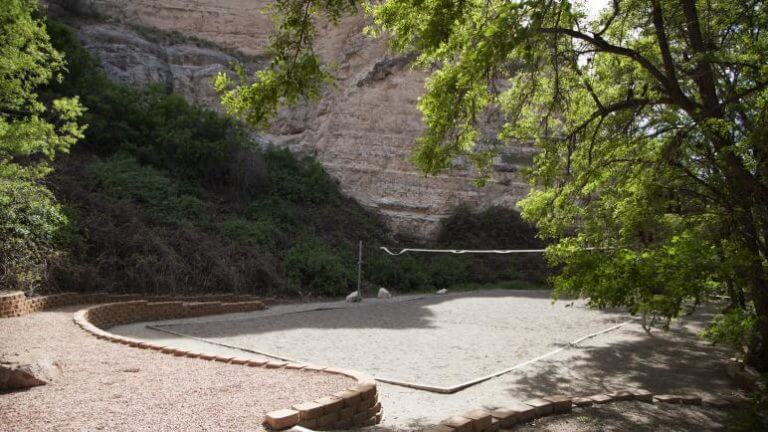 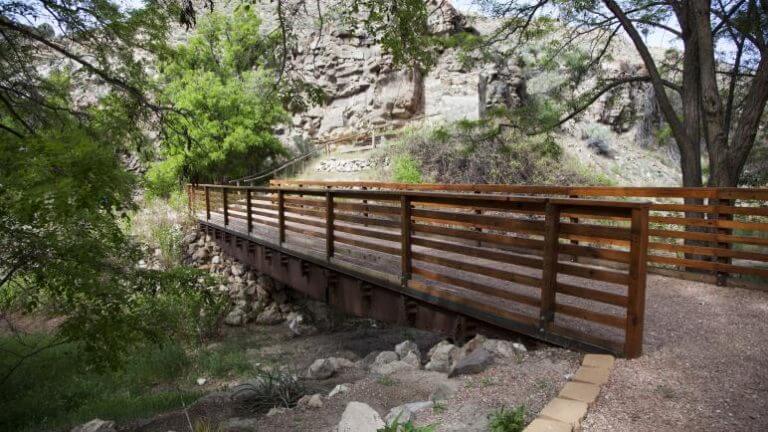 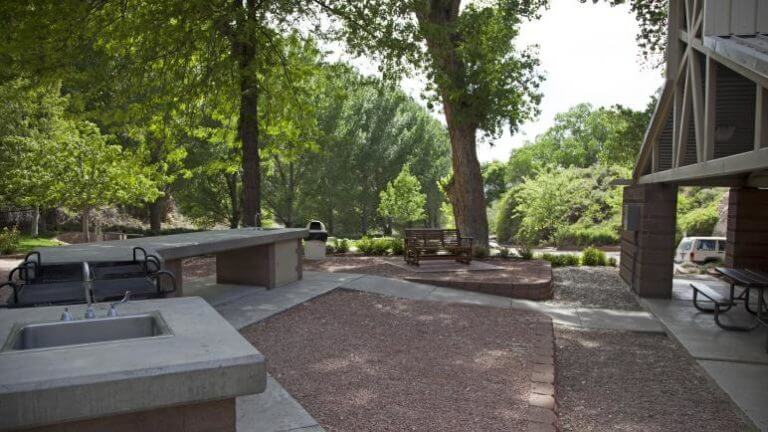 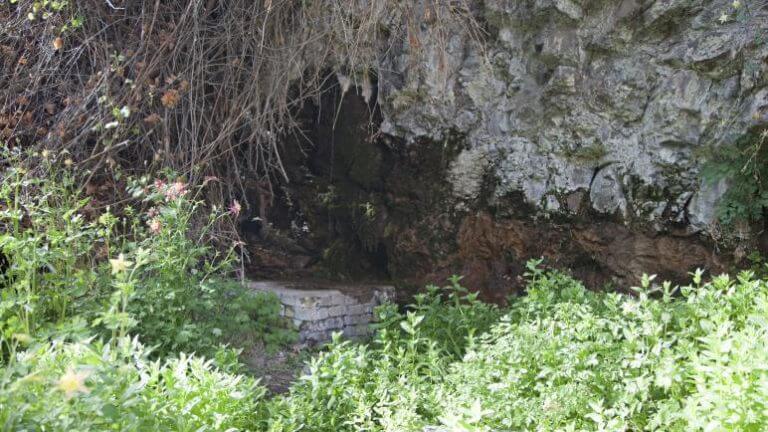 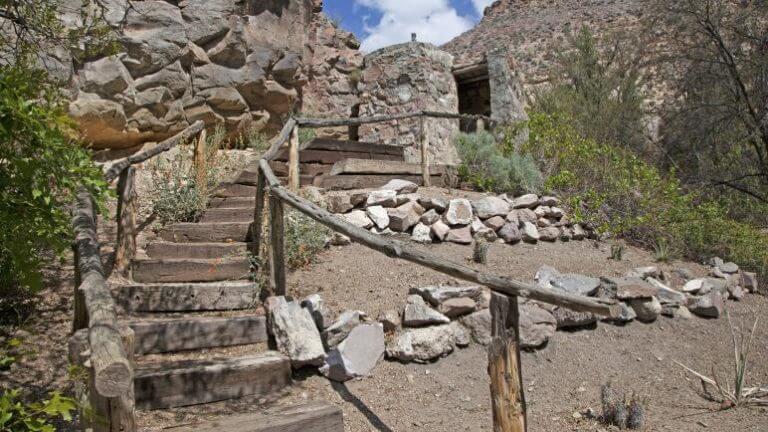 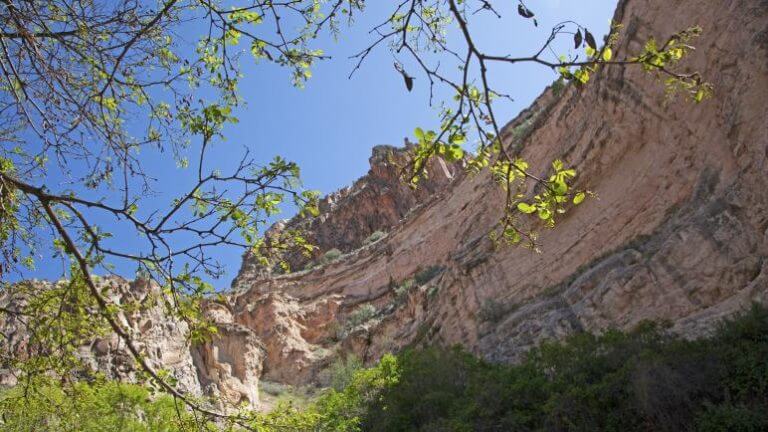 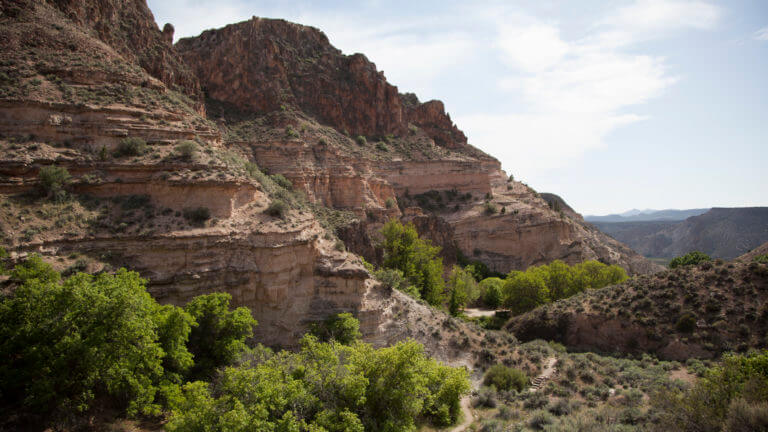