A TRIP THAT STARTS WHERE THE PAVEMENT ENDS

For the region as a whole, these three images were taken within about three miles of each other on the road climbing south of Jarbidge. The trip was the brainchild of my close friend, Devon Blunden. When my girlfriend Megan and I moved to Boise about two years ago, Devon immediately foresaw meetups taking place in the huge swaths of seldom-accessed land in Northern Nevada.

What I love about following Devon on trips in Nevada, is that I never know what to expect. There is no bank of images from famous “adventure photographers” on Instagram informing what photos I should go take of the area. Photographing these trips is truly a blank slate in a way that is both creatively challenging and thrilling. However, it is abundantly clear on every trip I have taken in Nevada, that I am not simply seeking remoteness for remoteness’ sake. These landscapes are beautiful, and breathtakingly so. What I am still shaken by, is my inability to compare the geographic region of the Jarbidge Wilderness to anything that I have ever seen… in person with my own two eyes, or on a phone screen. That complete sense of unfamiliar wonder is exactly the fickle feeling chased by modern day “explorers,” merely seeking that coveted “secret spot” to recreate from in the outdoors. Nevada offers these surprises like no other state in the lower 48 can.

To prepare for this trip, you’ll need: 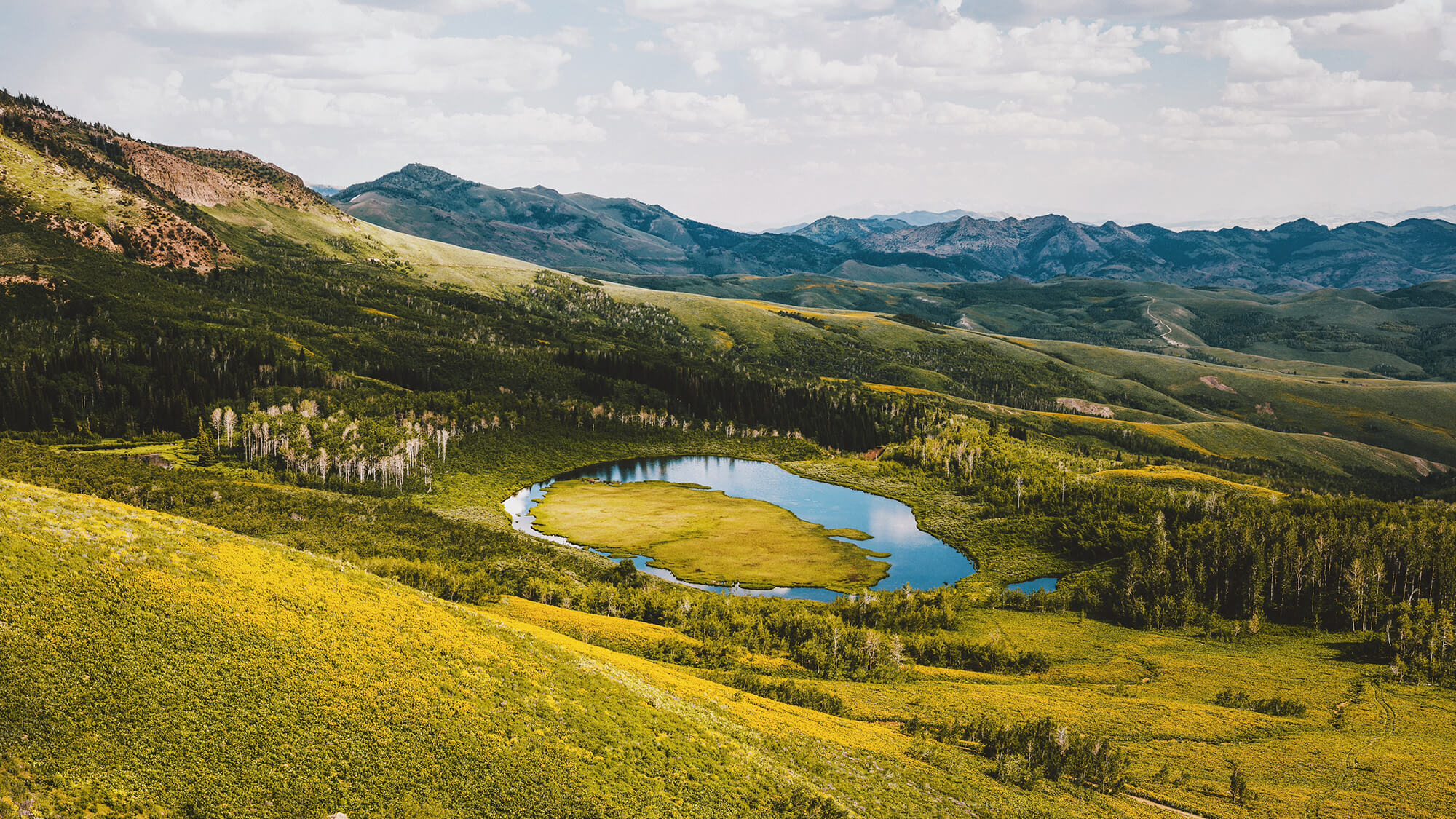 Driving south out of Jarbidge, the ecosystem changes so quickly and dramatically that it is almost disorienting. Following the cavernous canyon lined with red-orange fingers of rock formations crowning the top and lush riparian trees shading the Jarbidge River below, the fast ascent reveals snow-capped peaks that had been just out of view to the west. The road then climbs impossibly high, to a true “Sound of Music”-style grassy, mountainous climax. As the road finally winds back down off the mountain, this unexpected view opens up. The first sight of the Oxbow Lake nestled into the expansive Copper Basin was like getting punched in the chest. Devon suddenly stopped his truck in front of me and climbed out, camera in hand.

Though unplanned, we stopped in the perfect place compositionally – with the wildflower foreground the the red butte background, both leading the eye towards the pale blue water of Oxbow Lake. BUT, there is no pull-out nearby and we were soon in the way of vehicles trying to get around us on the narrow, steep winding road with a bit of a blind turn. With this in mind, I wanted to get the shot quickly, and move along. When I grabbed my camera, I realized that my 85mm lens was on, and I did not want to add any time by switching to my wide-angle lens. So, I tried a method I had used before for portraits, but never for landscapes. I shot a handheld panorama of 24 photos by starting with the lake as the center point, and then shooting in growing circles around it. I was thrilled with how well they stitched together in photoshop, and now I have a file that I can blow up to make massive prints with.

Our third, and final campsite in the Jarbidge Wilderness was a nice little pull out off the road with nothing but a fire pit and an overhead view of the basin. Last winter’s massive snowfall meant that spring was in full force at the beginning of July. 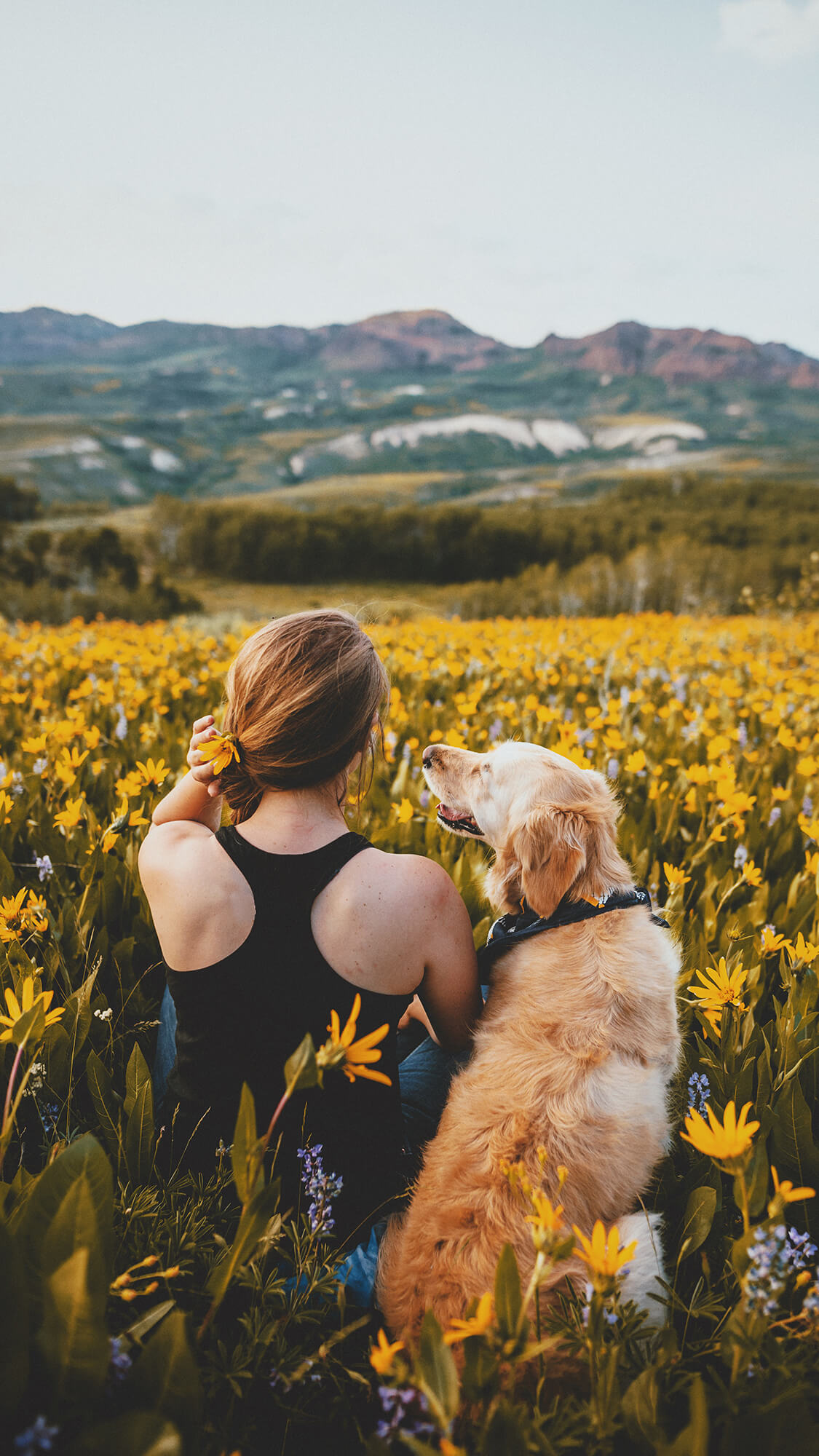 The swooping fields of wildflowers filling the gaps between dense aspen groves continued endlessly towards the horizon. The first concept that came to mind when looking at the sprawling fields of flowers, was to lend perspective to them by capturing my girlfriend, Megan, sitting in the field, looking out onto the landscape.

I shot this just before golden hour to get the soft lighting at the end of the day, without the sunset washing out the contrasting colors from the yellow flowers. I also decided to shoot with an open aperture, so the shallow depth of field would create a sense of dimension. As I started to pose Megan, our pup, Poppy, unsurprisingly decided to plop on top of her mom. I decided that adding Poppy to the scene took this beautifully calm scene and created a moment of genuine happiness.

PHOTO 3: STARS OVER THE HILLS

I updated my camera system over the winter. There were many reasons why I finally upgraded, but the system I decided to go with had to be able to perform well for Milky Way photos. 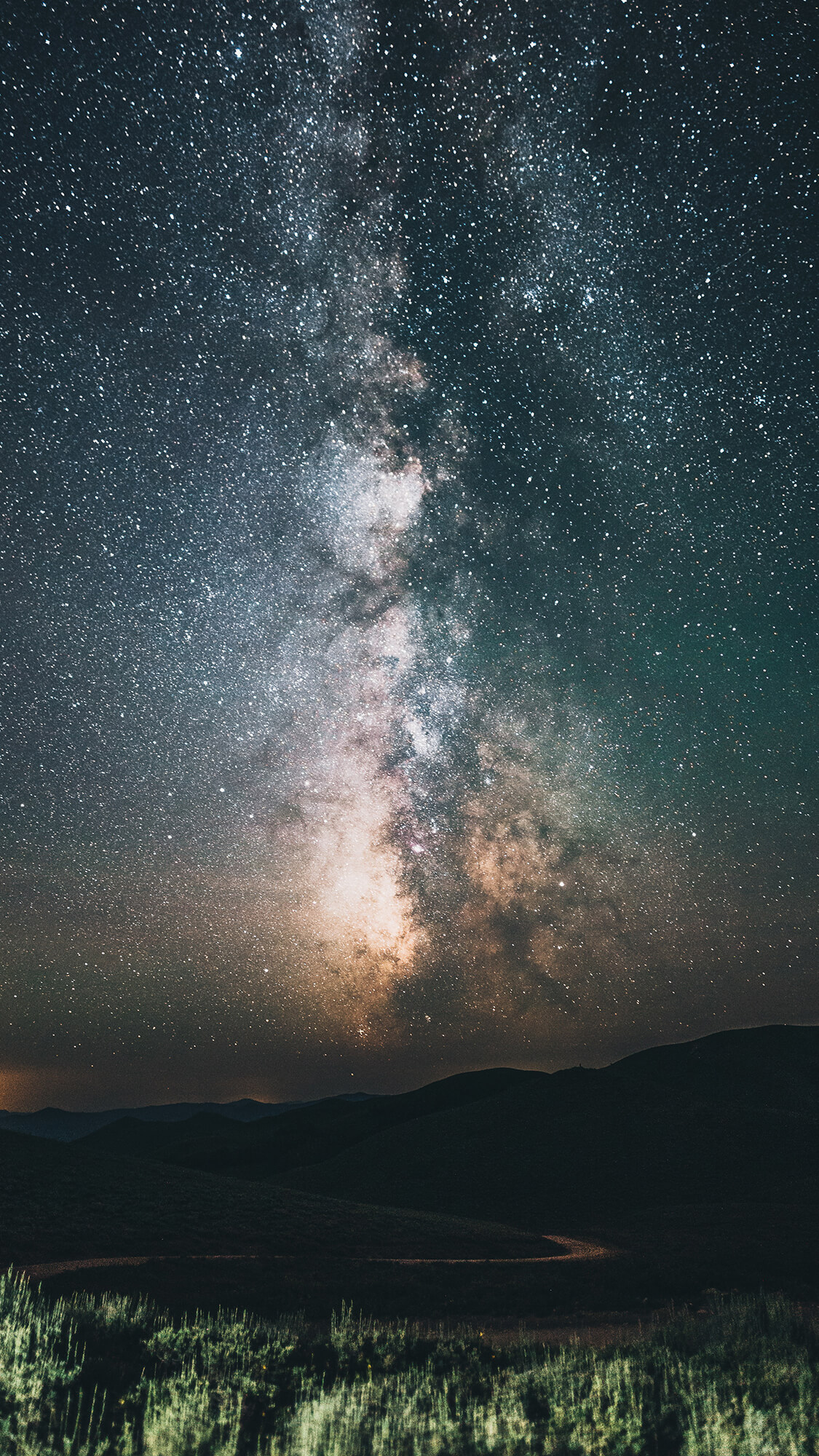 This trip was going to be the first time that I got a chance to see what my new system could do at night, but the conditions were not ideal with a large, full moon staying up very late into the night. On the first night of the camp trip, Devon and I had played cornhole until the full moon finally went down, and tried to capture the Milky Way. However, just as the moon went down, the sun came up. On the last night, the moon went down around 2:00 AM with clear skies. We were in business. I had a few ideas that I was finally able to pull off, and just as I was ready to call it a night, I noticed that the winding road below lined up perfectly with the Milky Way, and the last light from the moon was illuminating the peaks in the distance. There were no city lights in sight, no other campsites, just a single Basque rancher with a herd of hundreds of sheep. This was a Nevada view.

With the camera focused on infinity, I shot a 20 second exposure at f/1.4 with ISO set at 2500. I lit the foreground and the road with my headlamp to set to low for a couple seconds.

Editor’s Note: Swing by Sam’s Instagram and Website to get your arms around even more of his incredible photography.

Getting Off the Road