My first time climbing at Red Rocks, I had no idea we were about to mountaineer a rock face the same height as Yosemite’s Half Dome. I’d been climbing outside the gym a few dozen times by then, but was still afraid I would slow Tom down—Tom who’d taught himself the hard way on the Carson Range’s cool alpine granite.

Truth is, I had never planned to make climbing a full-time hobby—let alone become a guide—until that trip to the Sierra Nevada with by brother Tyler and his mentor, Ron. When we summited Crystal Crag, I looked out over the expanse. Suddenly I felt serenity, wonder and fear all together at the incredible views and gut-wrenching exposure in a way I never had before. We could see from Boundary Peak—Nevada’s tallest—to the Ritter Range. Right then, we vowed to climb them all. 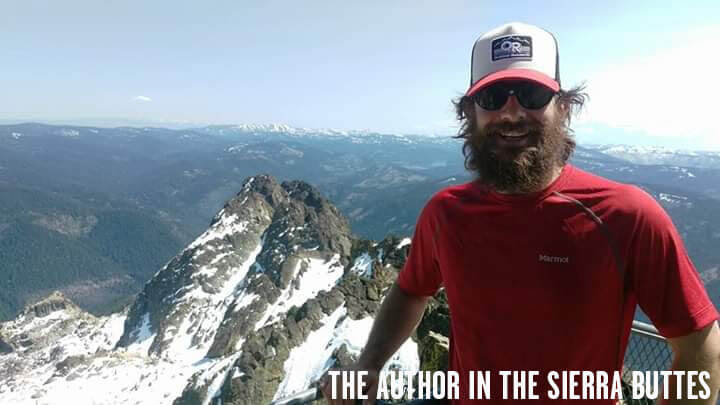 Tyler and Ron did go on to tackle a few of them. But I never got the chance to climb any big mountains with my brother again. Instead, a team of friends and I would ascend Mount Shasta and spread his ashes from the summit. In life, he had always wanted to ski off the top of a volcano. We felt he’d agree this was the next best thing.

That’s when I started training. Eventually, with a dozen or so high peaks in California and Nevada under my belt, the mountains became my home.

I met Tom over Indian food after a mutual friend observed, “Hey! You guys have beards and like being cold in the mountains… you should hang out!” It proved to be solid logic. Our first climbing trip was on some multi-pitch granite just west of Reno up the Truckee River canyon. The exposed sections of climbing made my stomach sink, but the fresh exposure and stunning alpine views left me breathless. Noticing my fear and excitement, Tom offered his patience, encouragement, and knowledge, as he would over a few more climbs. Before long Tom asked: “Hey, bro! Wanna go to Red Rocks?” I knew enough to know he didn’t mean a jam band show in Colorado.

If you haven’t heard of Nevada’s Red Rock Canyon, you’ve been living under a (some-other-color-than-red) rock. Thousands of routes—traditional, sport, bouldering, and top rope—all reside within a stone’s throw of Las Vegas. If you want to ditch the comfort of the gym and push your abilities to the next level, this is the place. Even if you still prefer colored holds and forgiving difficulty ratings, no problem—all of the routes are marked with chalk, for tens of thousands of feet. 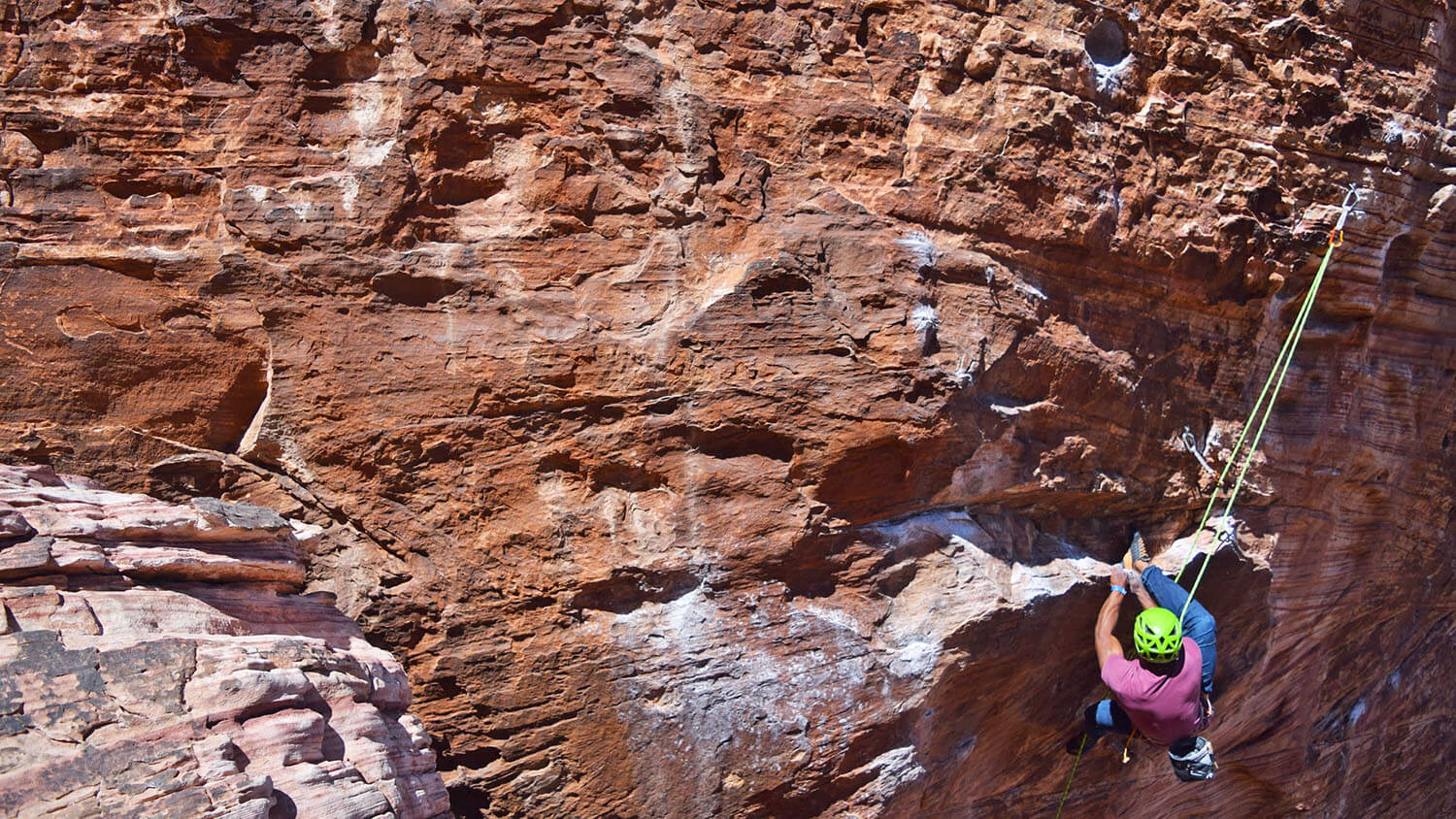 And then there’s the big stuff.

The climb Tom and I were eyeing was up the Black Velvet Wall, a soaring line 2,000 feet up called “Epinephrine.” That word comes from the Greek epi-nephros, meaning “atop the kidney”—a piece of real estate that the adrenal glands call home. When engaged, the glands’ job is to spark a chain reaction, raising heart rate, expanding bronchial tubes, increasing blood pressure, and constricting veins—all to help richly oxygenated blood reach the brain, lungs, and heart more efficiently. The price for this boost includes pounding heart, hypertension, tremors, cardiac arrythmia, anxiety attacks, and panic. Look it up in a medical textbook and you might find a picture of me. Because in my case, it would be all of the above.

“Epinephrine,” huh? Can’t be that bad. And so we climbed.

And climbed and climbed up this sandstone cathedral to the top of Black Tower, where the route descriptions said we’d find the most difficult part of the climb—the “crux.” It’s a feature called a squeeze chimney, which literally puts you between a rock (the Black Tower) and a hard place (the rest of the Black Velvet Wall). Imagine Santa Claus stuffing himself upward between a hundred feet of nearly featureless red sandpaper… here, that’s you.

It started out like a normal chimney: feet opposing posterior, hands pushing up from the sides or out to nudge my back a few inches. I’d done this before. But then as I approached the ledge where Tom stood, feet firm, keeping me on tight belay from above… the walls began closing in. And in and in. Inching upward, I felt my technique faltering. No matter how hard I kicked it away, claustrophobia grabbed at more of me—why did the walls keep getting closer—until BAM, I was in its clutches doing exactly what I knew you are not supposed to do. Losing track of my breathing. Hearing the I Can’t narrative rearing its ugly, persuasive voice—and falling for it. (Oh God, falling?) And feeling my gaze pulled straight down into the abyss until it was staring right back up at me. 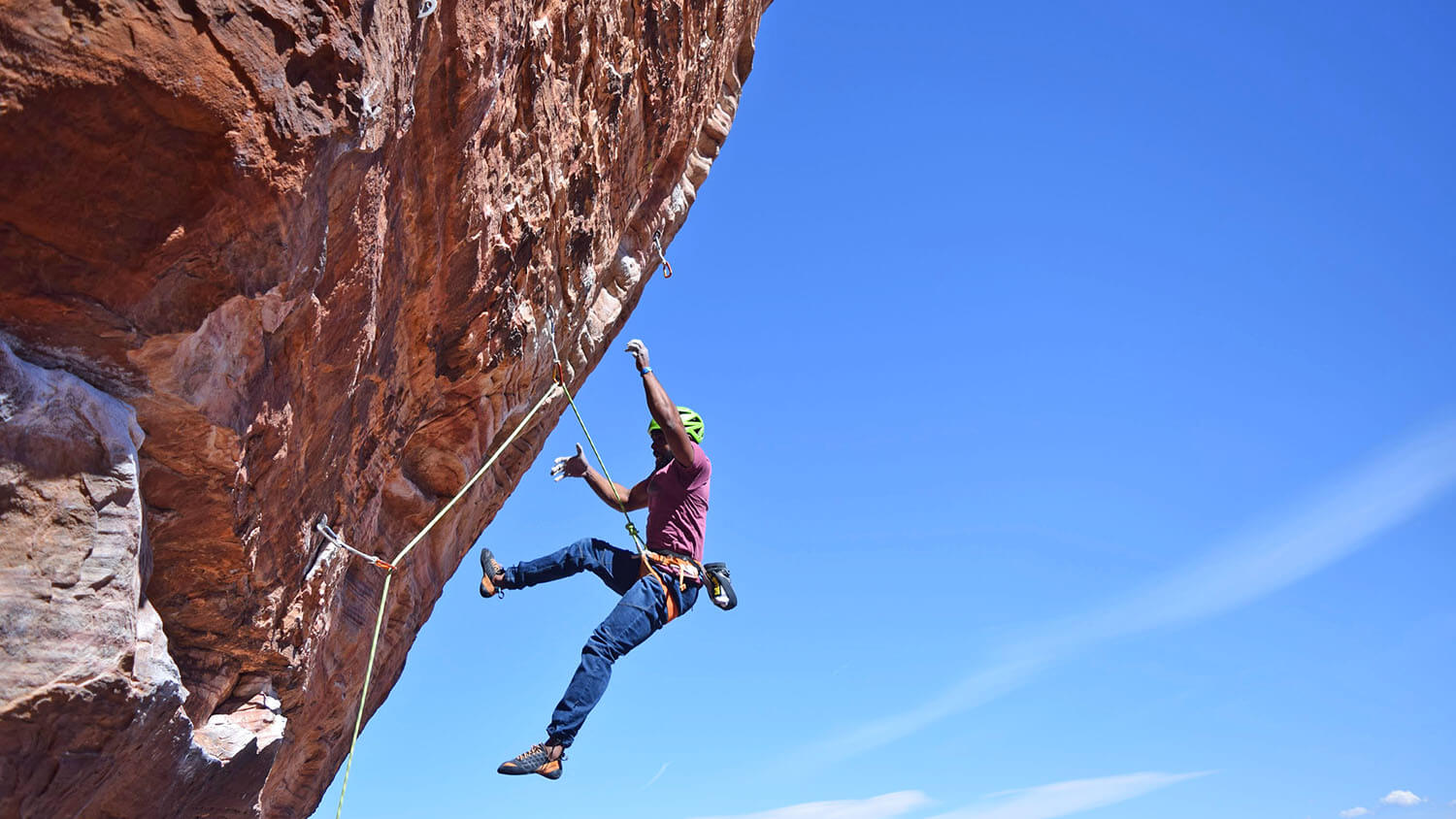 That’s when I heard the voice. “TAKE! TAKE, TOM!?” It was my own, yelling uselessly as my hands and feet clawed at the blank walls like a cat on a glass screen door, my panic convincing me I’d lost the strength to hold myself up against the walls. Tom yelled down, “GOT, bro! Just fall and rest!” If I’d been listening, I might’ve heard the note of concern sneak into Tom’s tone. “You’re on top rope, I got you from up here!” he reminded me. It was true; he still had me from above. Still, my ego and pride kept me swimming an inch at a time, like I was trying to punch someone in a dream for what seemed like hours.

When I was safely over the ledge, relief didn’t last long, my panic triggering Tom’s… his further triggering mine in an endless loop. We pondered setting up a rappel and calling it as my body pulsed, my adrenal glands… heart, lungs, spleen… amygdala… my whole being.

“Hey man.” Tom broke the silence. “I’m gonna go set up this intermediate anchor… OK? That way, we can head either up or down. Take a minute, catch your breath. Then you let me know what you want to do.” 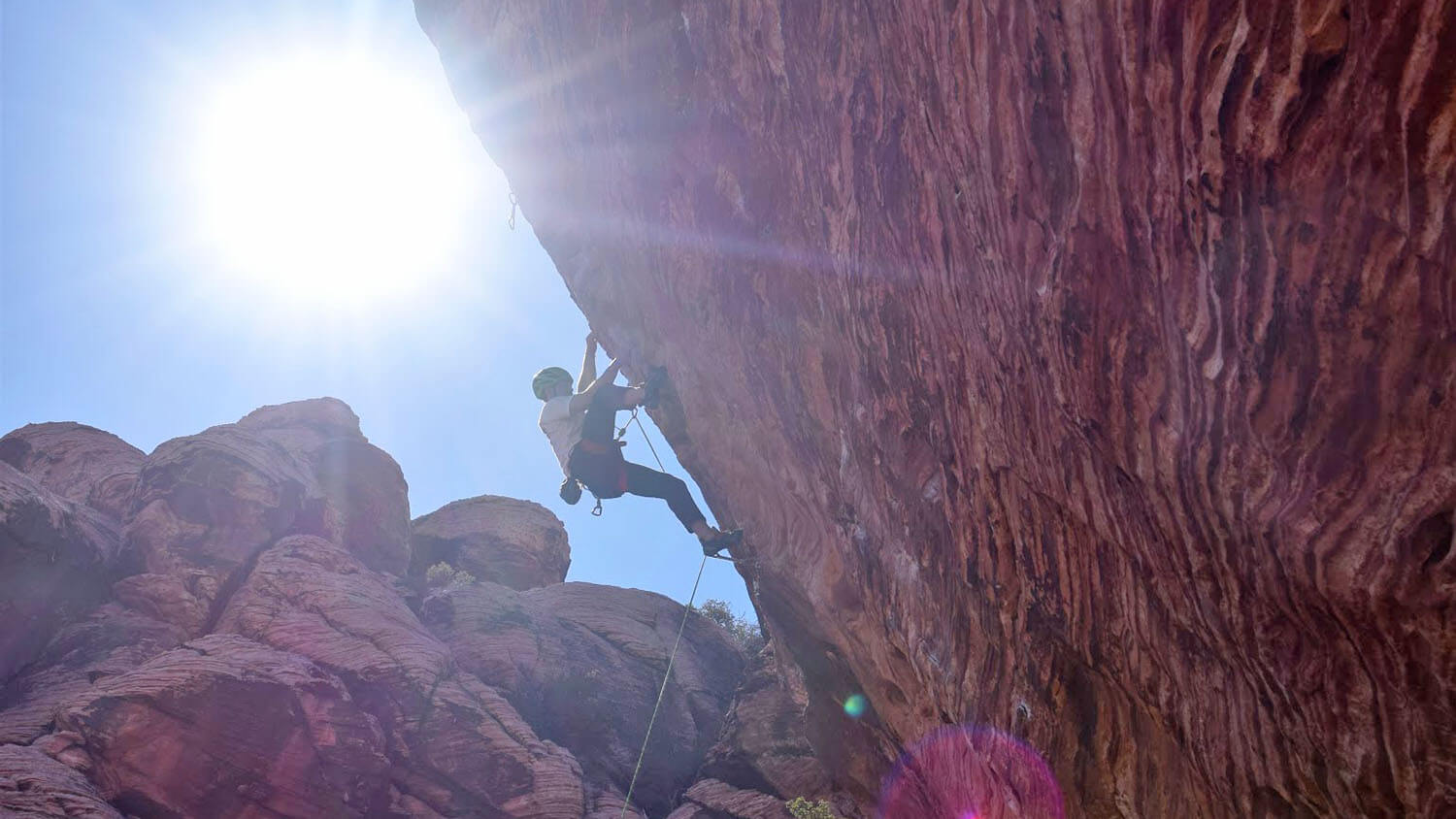 I stared up into the next pitch. Here, 600 feet up, I knew it wouldn’t get more difficult than the crux. Still, the urge to quit was overpowering. Like never before, the comforts of the ground called to me. Fourteen-hundred more feet of this? What if I can’t pull it together? Why am I up here? Does Tom even want to climb with me anymore? I’m not strong enough.

WHY DO I CLIMB?

Just then a hummingbird buzzed up from nowhere. It hovered with me for what must have been a full minute, flitting back and forth while I gazed back through watery eyes. Framed by a sea of varnished red and tan sandstone, this little guy was looking at no one else but me.

A serenity came over me, one I hadn’t felt since I first climbed with my brother, a feeling I’d remembered in all the years he’d now been gone. And I couldn’t help but think: perhaps my visitor was more than just a little bird.

Before I could say anything, the hummingbird flew upward and out of sight around the ledge. I knew what to tell Tom as I headed over to the base of the next pitch…