Many Nevada towns owe their origins to a prospector, a pickaxe, and the discovery of gold. Though these elements are certainly entwined in its roots, the story of Jarbidge begins a bit more eccentrically; it begins with a legend. Shoshone Indian lore told of a man-eating giant that frequented the area that would become Jarbidge Canyon, ensuring a grisly demise to anyone who dared to brave the region. However, nothing—including the viciousness of a mythical cannibal—could deter the prospectors whose only compass was the allure of glittering gold.

According to Shoshone legend, a giant cannibal named T’sawhawbitts (pronounced “tuh-saw-haw-bits”) roamed the canyon looking for unsuspecting souls to devour. Shoshones avoided the region for fear of the evil giant, who they believed would capture men, toss them in a large basket, and take them back to his camp before consuming them. The area was uninhabited by the Shoshone for many years, before the quest for gold led to activity in the region. 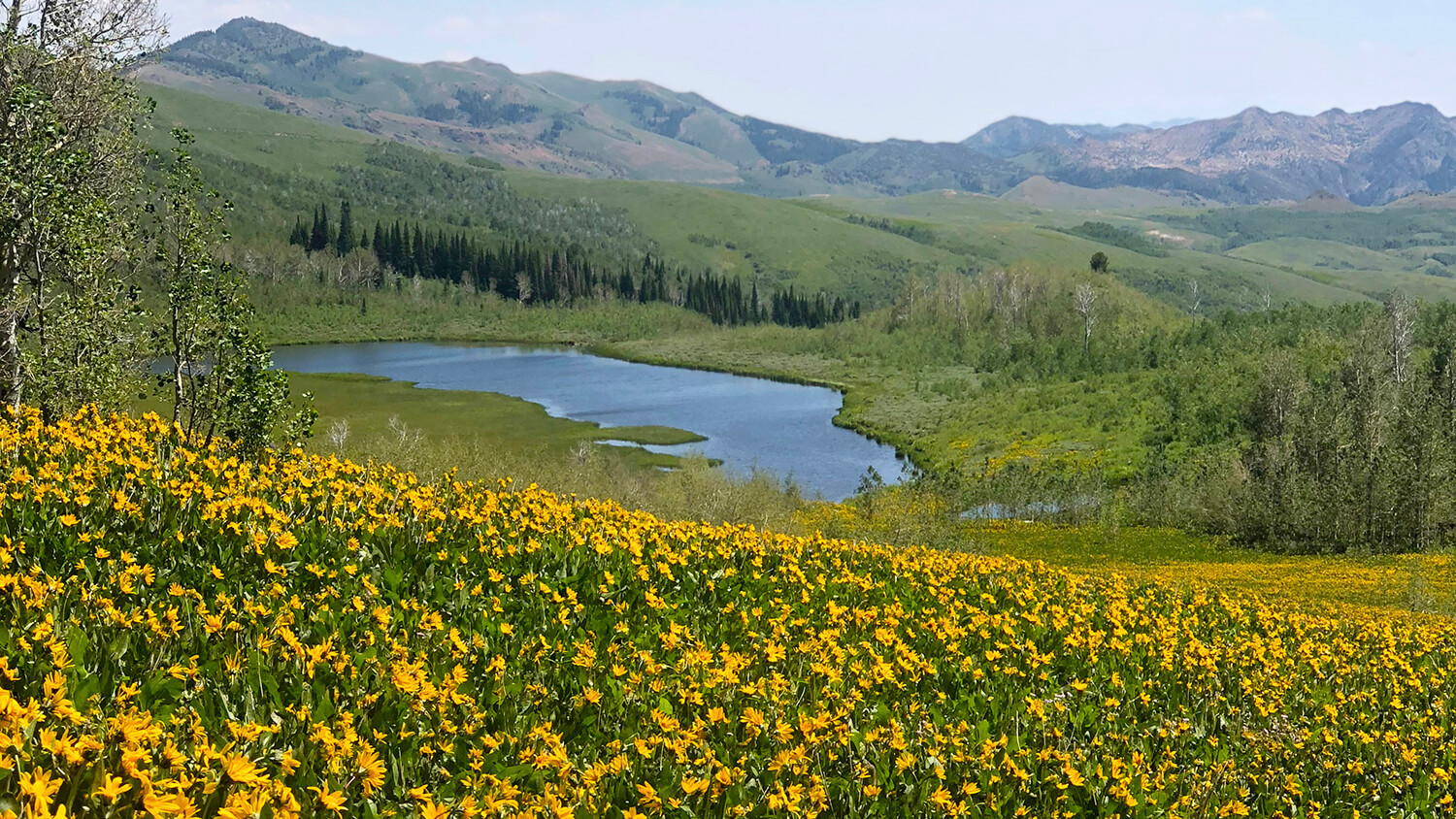 Because of its remoteness, Jarbidge Canyon originally saw minimal traffic by prospectors. Folklore tells of several substantial finds in the area that ended up lost forever, including a discovery of rich ore circa 1883. A sheepherder by the name of George Ishman is said to have discovered ore in the area that assayed for $1,200 per ton, but he was stricken by illness before he could relay the location of the riches.

Prospector’s efforts almost proved futile until 1909, when a man by the name of Dave Bourne discovered gold in the canyon and didn’t keep quiet about his finds.

Bourne quickly spilled the beans, claiming that more than $27 million worth of gold was visible in what would come to be known as Jarbidge Canyon. Drawing major interest from newspapers across the country, the discovery triggered a gold rush, causing hopeful prospectors to swarm to the region.

The rush for riches led to the formation of the Jarbidge Mining District, and by 1911, the town had a population of approximately 1,500 and boasted a new school, improved roads, a variety of businesses, and a community hall, which still stands. The young town’s future looked hopeful, and there was even talk of forming a new county once Jarbidge’s population became large enough. 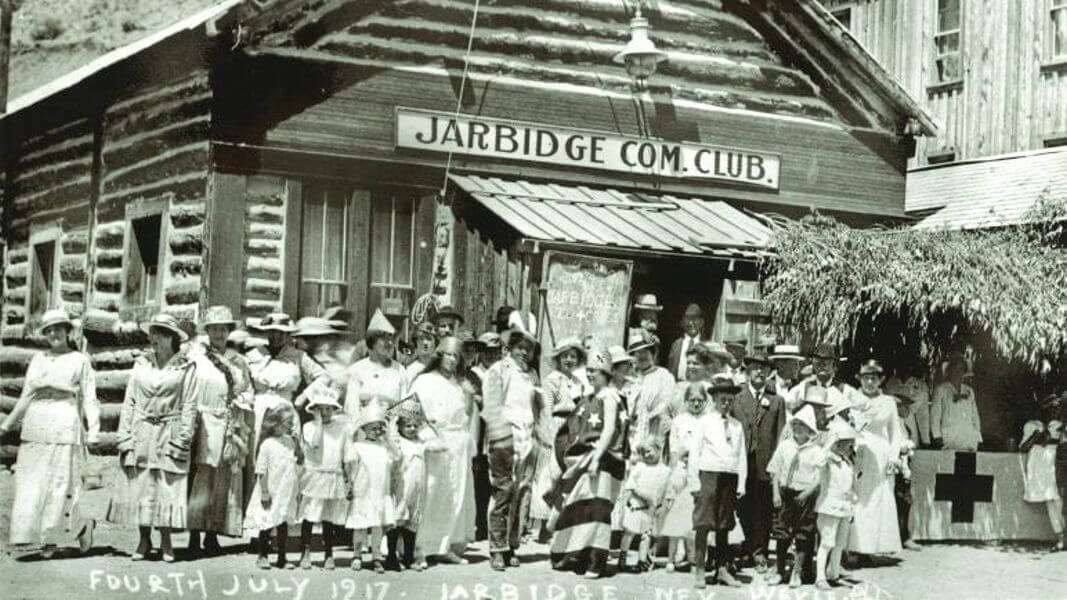 Though at the time of its discovery the settlement should have been called Tsawhabitts, mispronunciation lead to a tainted moniker. Settlers began to incorrectly refer to the town as Jahabich (pronounced “jah-hah-bich”). The muddled name continued to evolve until a sign, which read “Jarbidge,” was hung in the town.

According to Penny Eggen, director of tourism and public relations with the Jarbidge Community Association, the Elkoro Mining Company came to Jarbidge in 1913 and bought numerous claims. The mining company is believed to have removed approximately $10 million in gold by the time the company closed in the 1930s. “The mine was, at one time, the largest-producing gold mine in Nevada,” Eggen says.

Like many mining camps in Nevada, Jarbidge had its share of law intervention. The town was the location of the last stage robbery in the United States. That is stage, not stagecoach. According to a vignette published by the director emeritus of the Northeastern Nevada Museum in Elko, Howard Hickson, “stages were wagons that carried the mail and small shipments including bank deposits and other financial transactions.”

In 1916, a man by the name of Fred Searcy was driving a horse-drawn stage into Jarbidge when he was attacked and killed. The culprit, a man by the name of Ben Kuhl, and his accomplice, Ed Beck, fled with several thousand dollars, but were apprehended and quickly tried. In the process of the murder and robbery, Kuhl apparently left a bloody handprint on a piece of mail, which, according to an article published on the official website for the community of Jarbidge, was “the first time a palm or fingerprint had ever been admitted as evidence in a court trial in the world.” See page 32 for an account of the robbery from the December 14, 1916 edition of The Elko Enterprise. As mining in Jarbidge continued over the years, the town continued to build and expand. Then came the fire.

According to Hickson, the Elkoro Mining Company installed power lines in Jarbidge in 1919, but refused access to town residents; a decision that would come to haunt the company.

“A barrel of homemade whiskey blew up in the basement of the Success Bar,” Hickson writes on his website, www.gbcnv.edu. “With the help of open gas lamps and an explosion, the fire quickly spread. Burning tar paper floating in the wind spread the fire to the other side of the street.” 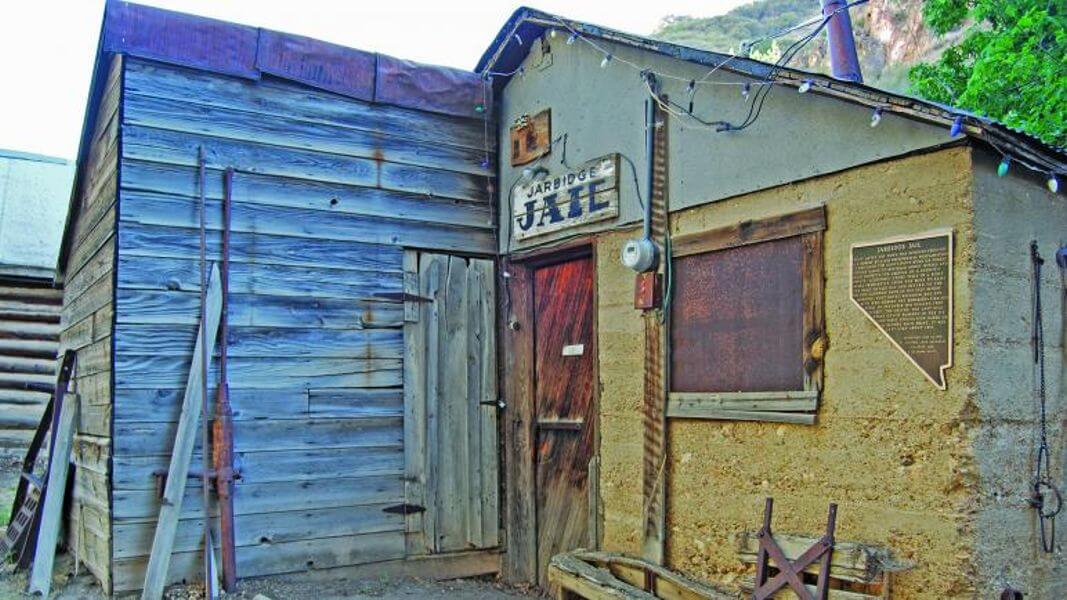 In all, more than 20 business establishments and log cabins succumbed to the inferno, including a telephone office, movie house, and dance hall. According to Hickson, residents of Jarbidge were bitter. They claimed that gas lamps wouldn’t have fueled the fire had Elkoro allowed residents to hook into their power lines. Eventually the company conceded and allowed people to connect to its lines.

Jarbidge reached its pinnacle as a productive mining camp between 1916 and 1933, before all major mining operations were suspended in 1941. Though several small mining operations continue today, the millions that Bourne once reported have since been removed.

Laying legitimate claim to the title of most isolated town in the lower 48 states, Jarbidge sits neatly tucked amongst rivers and tall peaks, surrounded by miles of spectacular scenery. Located more than 100 miles north of Elko, the area is renowned for bubbling brooks full of trout; flourishing populations of Rocky Mountain elk, mule deer, and other wildlife; and miles upon miles of remote dirt roads which weave throughout the Jarbidge Wilderness.

In the summer months, the quaint town attracts the eye of both trekkers and tourists. Cozy bed-and-breakfasts, an RV park, and several primitive campgrounds make Jarbidge an attractive location to experience the atmosphere of a historical Nevada town. 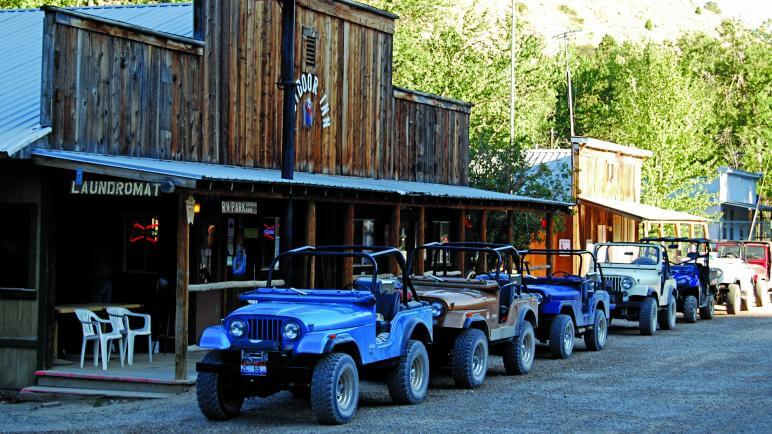 Fishermen are drawn to the area because of the surrounding rivers and alpine lakes, which hold an abundance of mountain whitefish and redband trout. The town becomes a popular big game hunting camp during the late-summer and fall months when hunters from across the state flock to try their luck in wilderness area.

The town is home to a couple dozen year-round residents, drawing larger crowds during its various annual celebrations, including the Labor Day Corn Feed, 4th of July parade, and its largest celebration of the year, Jarbidge Days. The annual festival is comprised of a craft fair, parade, community yard sale, live music, and more.

Jarbidge offers an assortment of amenities and services, including the Trading Post, which sells groceries, souvenirs, and supplies; and the North Star Mine Gas and Gifts, which sells gas year-round. The town site also includes a look at old miners’ cabins, the old Jarbidge Jail, and former brothels. The Jarbidge Community Hall is still used for meetings, dances, church services, weddings, and more. The original stage curtain in the hall depicts a Venetian gondolier and ads for early businesses, all of which are no longer there. 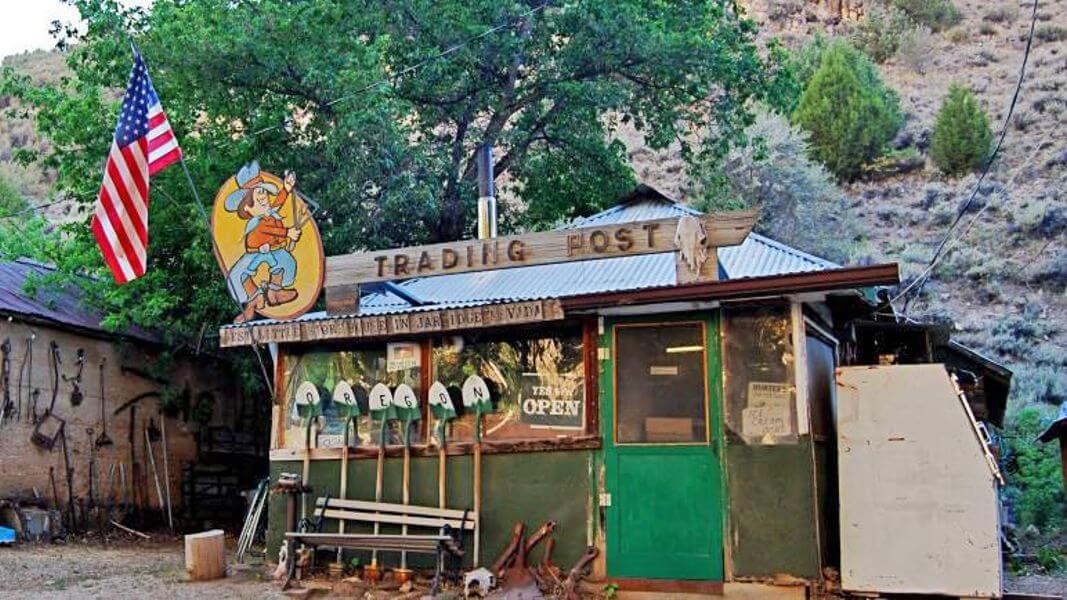 According to Eggen, a common misconception, though, is that the town becomes completely inaccessible during the winter months. “I’ve lived here for 10 years and have always been able to get in and out,” Eggen says. “It really is a 12-month year here.”

So if you find yourself with a yearning to explore one of Nevada’s isolated treasures, the town of Jarbidge awaits. Just keep an eye out for ol’ T’sawhawbitts. #RubiesRoute

The Civilian Conservation Corps in Nevada

Transcontinental Railroad Fan? Make A Visit To These Train Museums Your Loco-Motive