Ash Meadows National Wildlife is home to 26 plants and animal species that are found nowhere else in the world. Crystal Spring, which is known to gush a whopping 2,800 gallons of water per minute, is a key factor in wildlife at the refuge. In 1952, the fascinating desert pupfish was discovered within Ash Meadows—several different species in many different pools—and is the only place on earth where the Devils Hole desert pupfish lives. Found within the submerged labyrinth-style cave system at Devils Hole, President Truman declared the Devils Hole desert pupfish as the first ever species to be listed as endangered. Its extremely sensitive habitat is protected with limited access, but visitors can still catch a glimpse from a fenced-off tunnel within 50 feet of Devils Hole. The species and its habitat were officially protected in the 1950s, propelling it toward National Wildlife Refuge status by 1984. 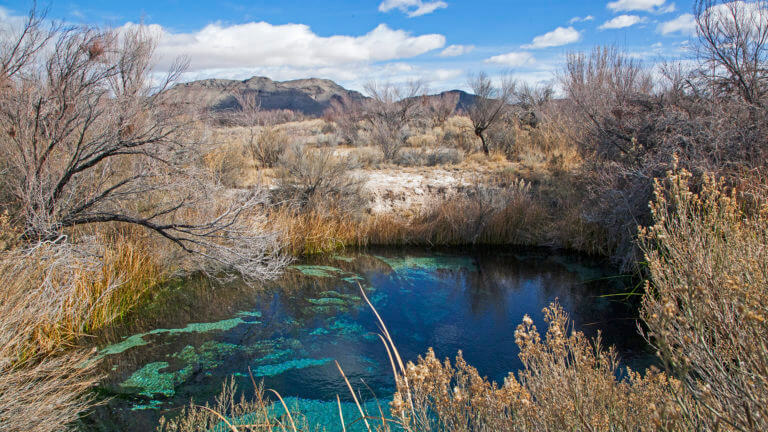 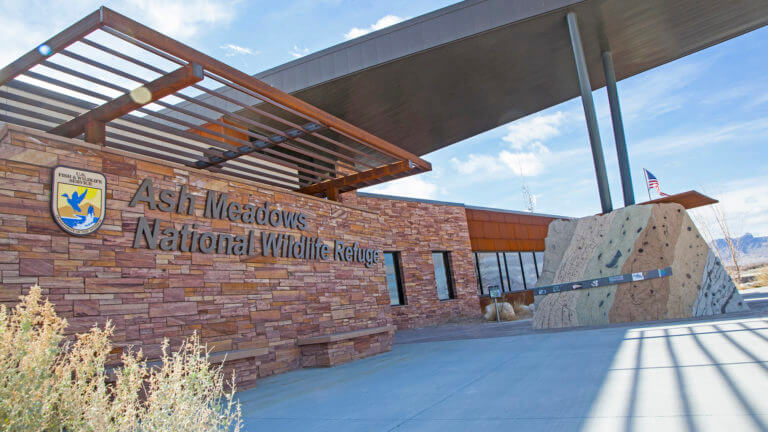 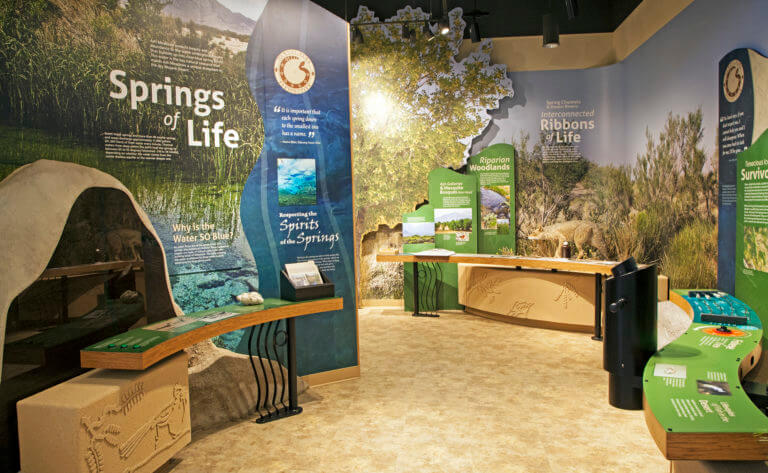 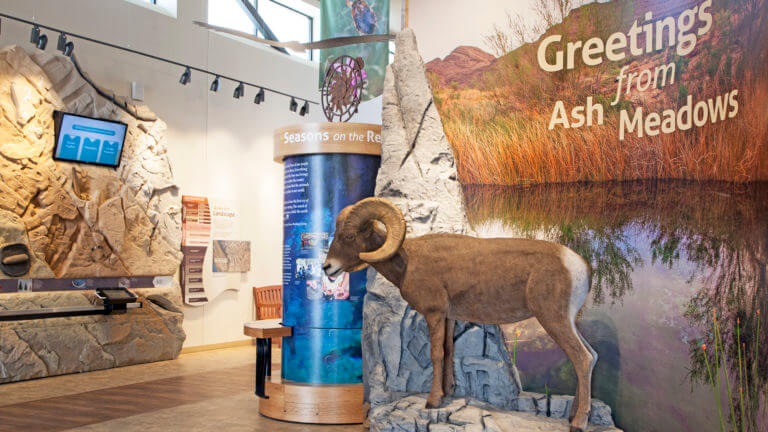 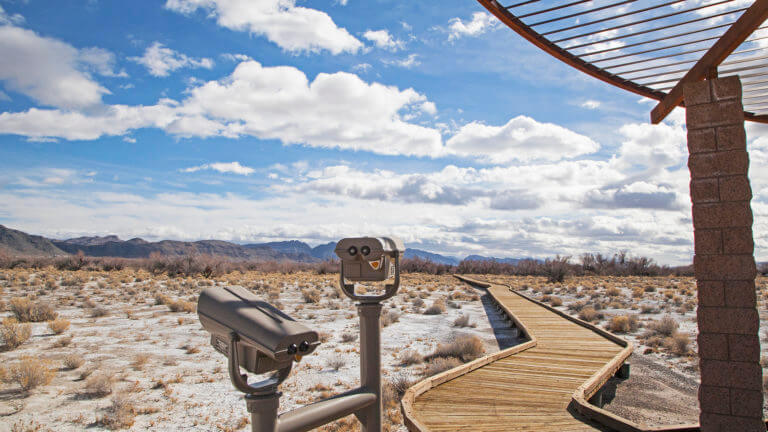 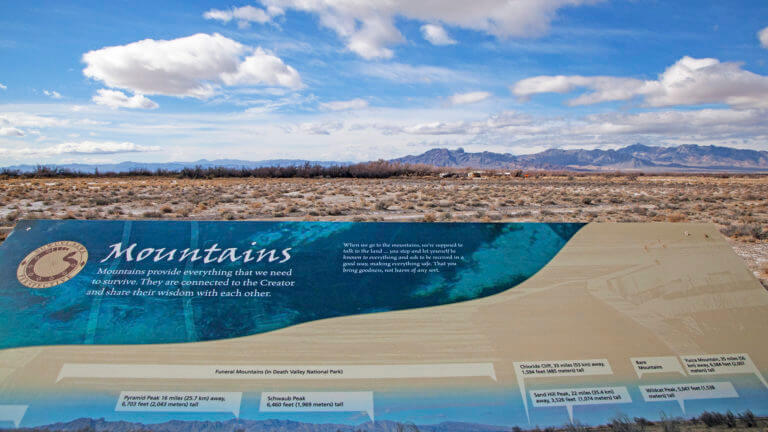 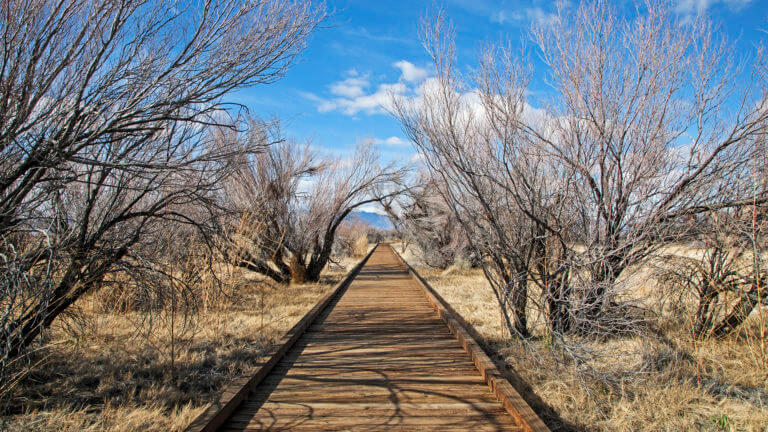 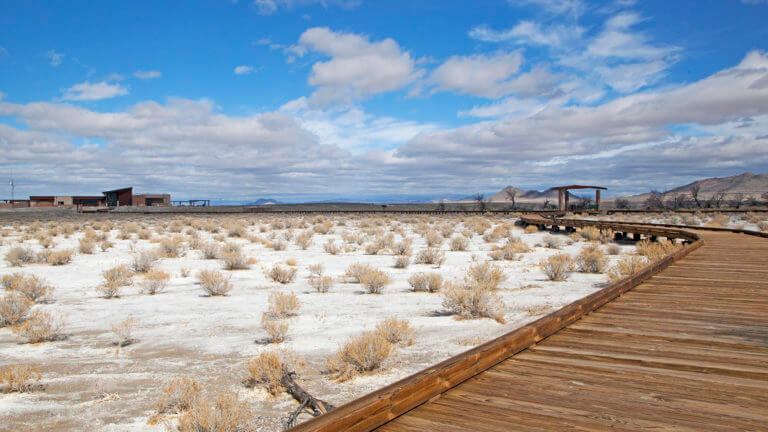 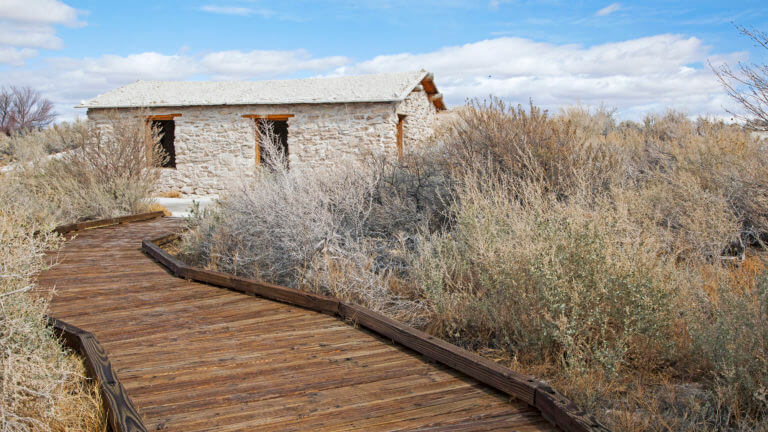 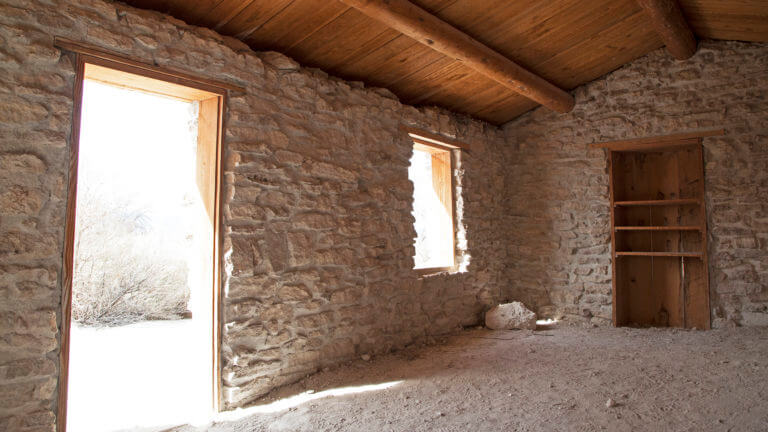 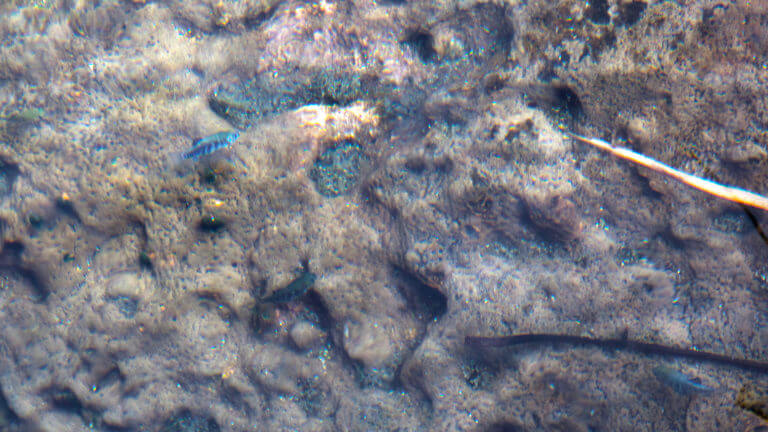 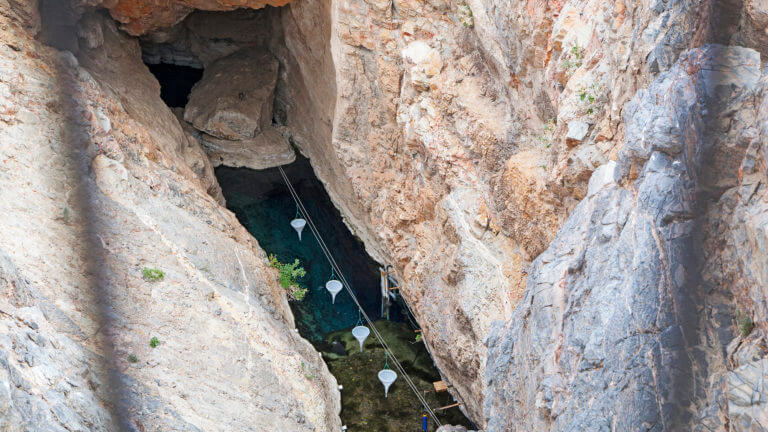 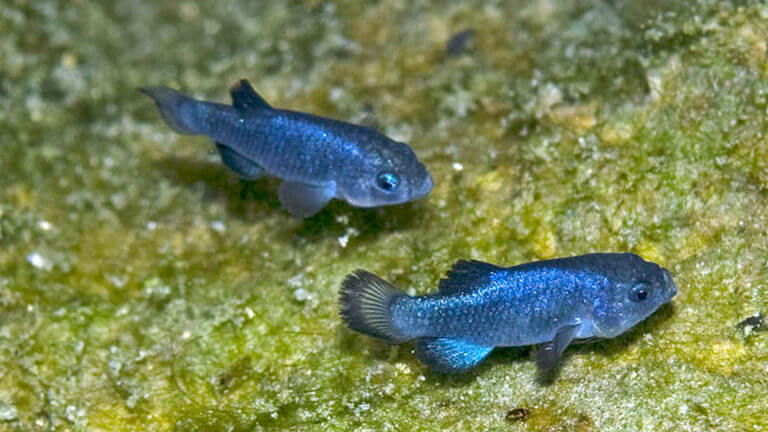