One of Austin’s many treasures are the churches that decorate the canyon walls. Amazingly enough the three remaining churches in Austin’s city limits have battled time, despite the fact that they are nearly 150 years old. While all three structures are still standing, only two of them are currently operating: St Augustine’s Catholic Church and St. George’s Episcopal Church. The third, The Methodist Church has instead been renovated as Austin’s Town Hall, but is equally stunning against the bold Nevada skies as the others.

St. Augustine’s Catholic Church was constructed in 1866 of native brick and stone that was fired at the Austin Brickyard. With brick walls at a mindnumbing 20-inches thick, it’s a wonder the church was ever completed! The first pastor, Father Monteverde, conducted the church’s very first mass at midnight on Christmas Eve in 1866. As the church was relatively small in size in a 10,000 person boomtown, admission was held at $1, in order to limit the number of people in attendance. St. Augustine’s was the first of four Catholic Churches built in Nevada, which astonishingly still holds the title as the oldest standing Catholic church in Nevada. If that didn’t secure enough bragging rights, the custom built organ that is still housed in the church came from the prestigious Henry Kigen factory, and is the only surviving Henry Kigen organ that is both tonally and mechanically intact. Today, the church is undergoing renovation to be transformed into Saint Augustine’s Cultural Center, with a dedication ceremony set to take place in September of 2014.

North of St. Augustine’s is The Methodist Church, which was also erected in 1866. While the Austin area was continuing to boom, the church itself was heavily financed through the efforts of the Methodist Mining Company, which accepted large donations of stock in local mines and then sold in the east. The funds from the sale of these stocks was used to construct the church, giving Austin Methodists something to brag about, boasting they had the “handsomest church in Nevada.” Lectures and entertainment were part of the church scene at The Methodist Church for benefit purposes. Interestingly enough, Emma Wixom, aka “Little Wixie” who later became the world-renowned opera singer Emma Nevada, brought her cronies to Austin and gave benefit concerts in this very church. In fact, her square grand piano has just been returned to the community center in the former Methodist Church. Restoration of the exterior walls began in 1980 and by 1983 was restored to reflect its original state. Today, the building serves as Austin’s town hall, and has been renamed to honor Emma Wixom as the Emma Nevada Town Hall.

The third and final magnificent church in Austin is St. George’s Episcopal Church, on the south side of Highway 50. Consecrated a few years after the others in 1878, the Reverend Blackiston so enthusiastically swept his congregation with his eloquence at a service in 1877, he was able to secure many pledges which helped build the church itself. Allan Curtis, superintendent of the nearby Manhattan Mine, offered to donate money for the actual building, if matching funds could be collected for furnishings and other essentials. So, with a single passing of the collection plate on Easter Sunday’s service in 1877, the astounding amount of funds collected were used to construct the building and retaining wall. Other prominent figures in the Austin community caught wind of this and also contributed, donating funds for a pipe organ and church bell. Going along with the extravagance of this church in this era, the organ was shipped by wagon from San Francisco! A particularly interesting fact relates to the bell, many of which claims to have a ‘silvery tone.’ According to rumor, the money for the bell’s casting was sent with a bar of Austin silver along with it, leading many people to still believe the bell is made entirely of Austin-mined silver! In 1982 the church underwent a full restoration, and is currently in the best shape of all the churches in Austin area, still holding a weekly service.

While traveling through the quaint Austin community, these three churches undoubtedly have quite a presence, making them nearly impossible to miss. With all three within walking distance of each other, that are amazingly close to food and gas, we cant think of a better place to jump out of the car and recharge. Check it out! 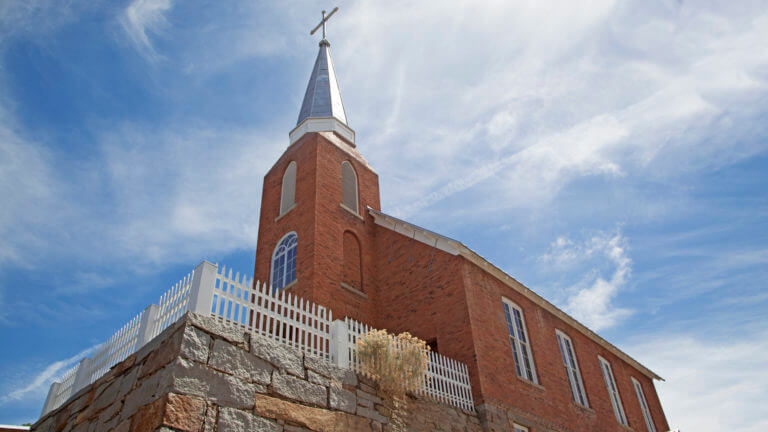 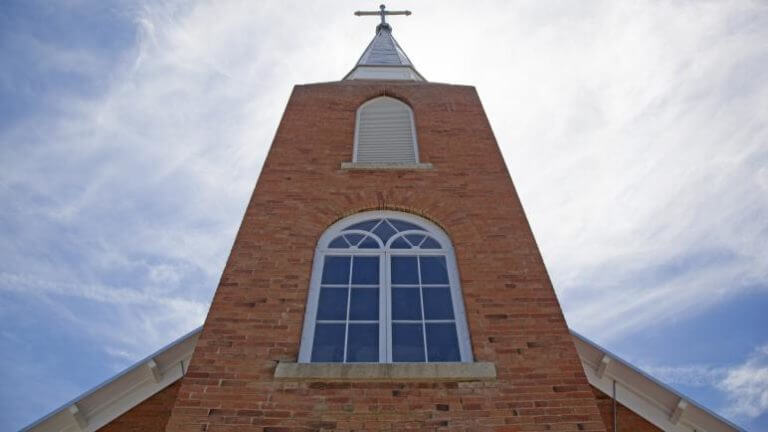 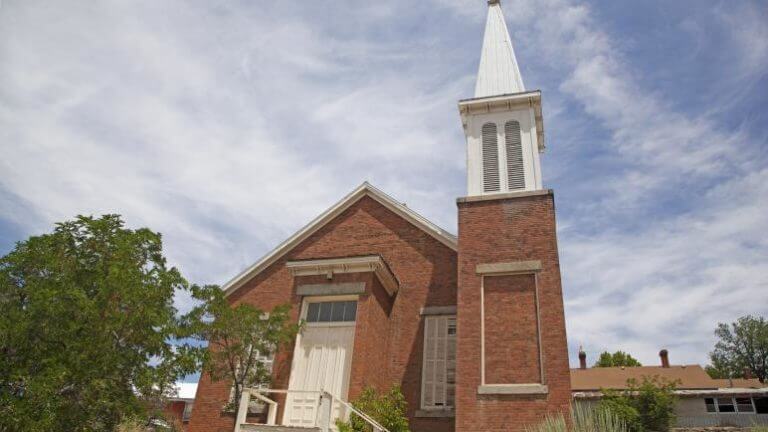 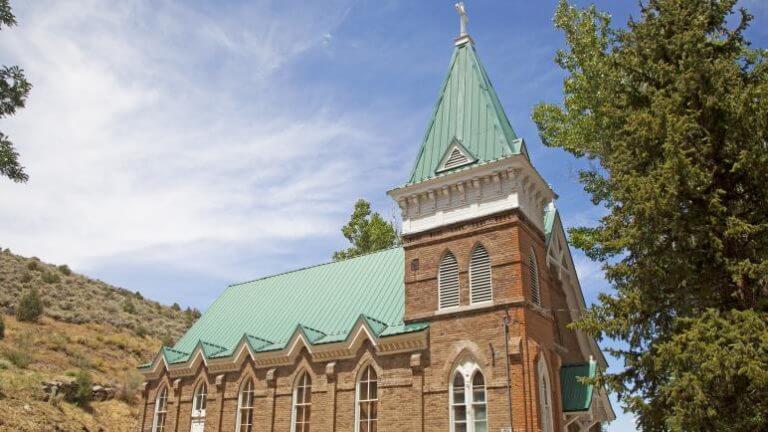 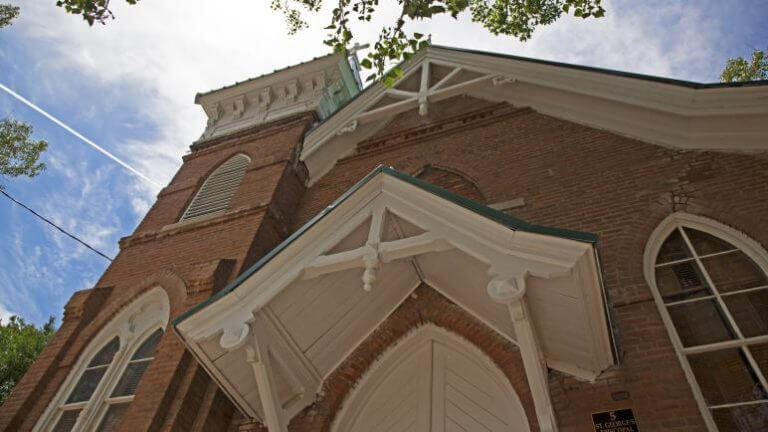