See the Milky Way in the remote town of Tonopah, along with the Tonopah Historic Mining Park and the Central Nevada Museum. Geology buffs are drawn to the natural rock formations at Monte Cristo's Castle. As well as the infamous Clown Motel and, just 25 miles up the road, the allegedly haunted Goldfield Hotel.

Where is Tonopah Nevada?

Smack-dab between Reno and Las Vegas, at the junction of U.S. Routes 6 and 95, the home of one of the biggest mining booms in Nevada has another feather in its cap. Tonopah, Nevada, sits under some of the darkest skies of the United States, making this remote old mining town one of the best stargazing spots in the country. That’s according to USA Today, although the locals will tell you the same because on a clear night they can look up and see the Milky Way and literally thousands of sparkling stars. Moonless nights are the best nights to take on the starry night skies of Tonopah, especially if you stop by Clair Blackburn Memorial Stargazing Park. The park is located at the end of Ray Tennant Drive. You will turn by the Tonopah High School and follow the pavement until it turns to dirt road. From here, head straight and you’ll find the park. Clair Blackburn Memorial Stargazing Park was designed for both professional astronomers and anyone with even a mild interest in the stars. The park allows you to set up a telescope on one of the available cement pads or, visitors can just sit at the picnic tables and look up.

Tonopah’s arid, desert climate—with the cool winters and hot summers (but cool nights!), attracts thousands of visitors every year. Whether you are just passing through on a road trip or came to see some of the famous sites of storied Tonopah, Nevada, the city offers quite more than what meets the eye. 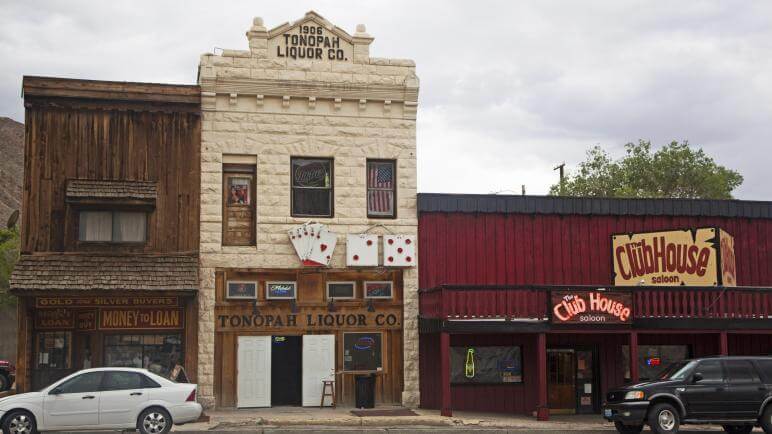 Like many Silver State towns, Tonopah, Nevada, is rooted in mining. Known as the Queen of the Silver Camps, Tonopah sprang into existence following the 1900 discovery of a massive silver deposit. The boom lasted until the 1920s and Tonopah became a large city during those two decades. Visiting today, it’s difficult to envision this once-bustling town with stagecoaches, five newspapers, more than 30 saloons, and several churches. Remnants of the town’s proud mining past can be explored at the Tonopah Historic Mining Park, on the site of the original claim made by rancher Jim Butler, and the Central Nevada Museum, which highlights Tonopah’s real-deal Wild Western history.

The story of the Tonopah Historic Mining Park was something of a happy accident, as any local will recount for you. Right around 1900, so the story goes, Jim Butler tracked down his runaway burro. Eventually finding it enjoying a siesta, Butler grabbed a nice, throwable rock with which to rouse his companion, but felt surprisingly heavy. Whatever annoyance Butler had felt turned to joy—that stubborn burro had led him to an untapped reserve of silver ore.

The total sum of precious silver ore that was mined in Tonopah over roughly two decades at the Tonopah Mining Park is valued at more than one billion dollars in modern monies today. 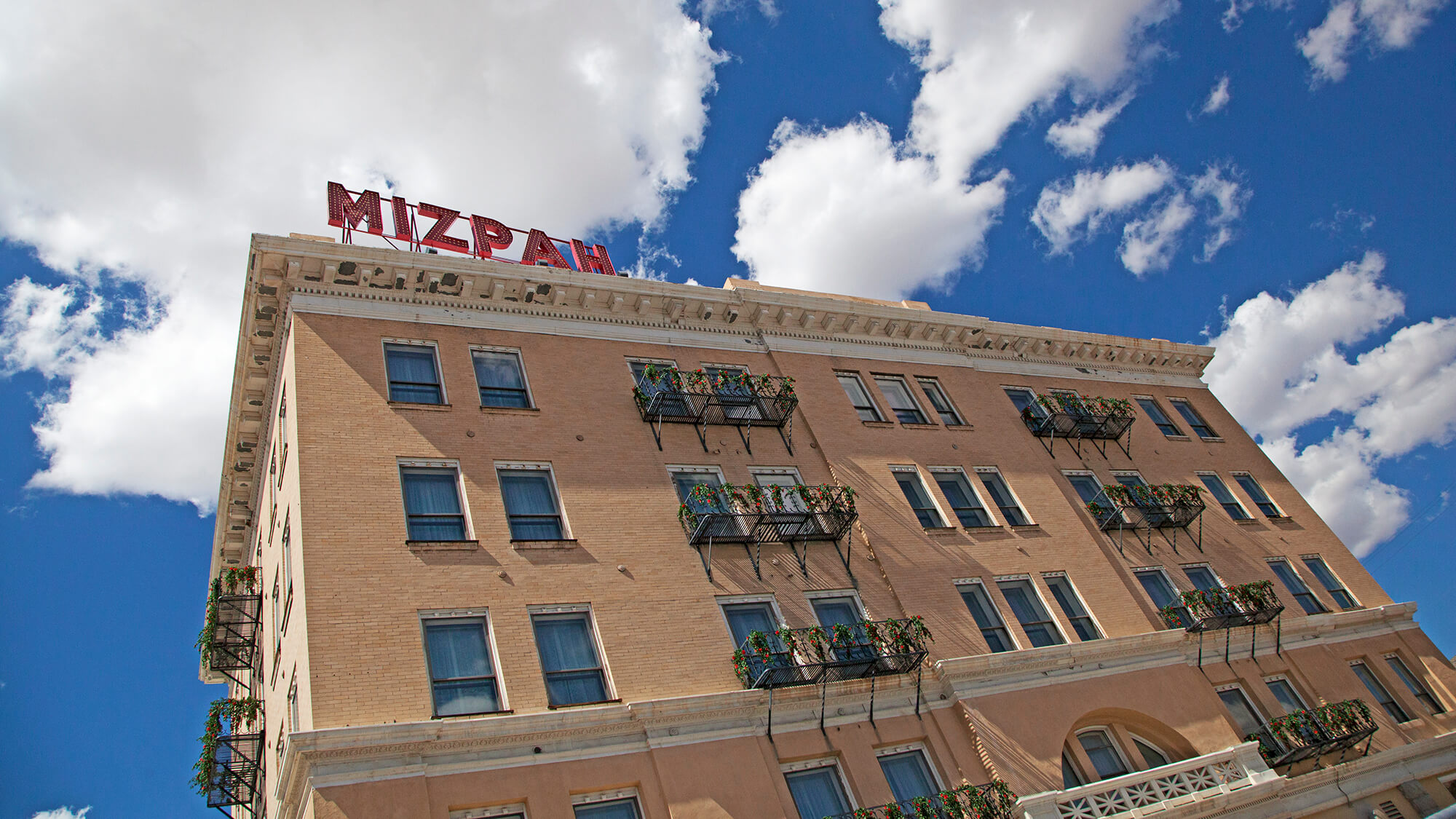 There are also various murals and outdoor sculptures throughout Tonopah, NV, depicting the town’s early days, plus the downtown highlight—the circa-1907 Mizpah Hotel, which some insist is still haunted by “The Lady in Red.” Keep an eye out for her pearls. If you do see her, don’t forget to write down your experience in the beautifully ornate book that is kept safe behind the front desk.

As many older buildings tend to boast, the Mizpah Hotel isn’t here to disappoint. The Mizpah Hotel can be found right in the middle of town, quickly making it one of Tonopah’s focal points. Mizpah Hotel, once revered as the “Finest Stone Hotel in the Desert,” actually holds a 25-year record for being the tallest building in the city at five stories. Just because it lost its title, doesn’t mean it isn’t still gaining recognition. The Mizpah Hotel is well known for its ghost sightings and was recently noted as the number one haunted hotel in the U.S. by USA Today. Some of the suites in the hotel are even named after ghosts that have permanently taken their place within its walls. Don’t worry; there are plaques outside the suites that scribe all the grisly details of their demise, you won’t have to Google.

Besides stargazing and the town’s mining history, there’s quite a bit of wilderness to explore near Tonopah. Geology buffs flock to the natural formations at Monte Cristo’s Castle, and the Crescent Sand Dunes are an excellent spot for off-roaders. There’s also plenty of hiking, camping, hunting, biking, wildlife viewing, and even turquoise-hunting to be had. Tonopah hosts quite a few annual events, too. Jim Butler Days which occurs annually on Memorial Day Weekend is a grand celebration of the region’s first silver strike. There are also off-road races at the Tonopah Speedway, fishing derbies, and traditional holiday celebrations such as Independence Day and Santa Crawl.

Wanna Hit the Clown Motel or the Cemetery First? 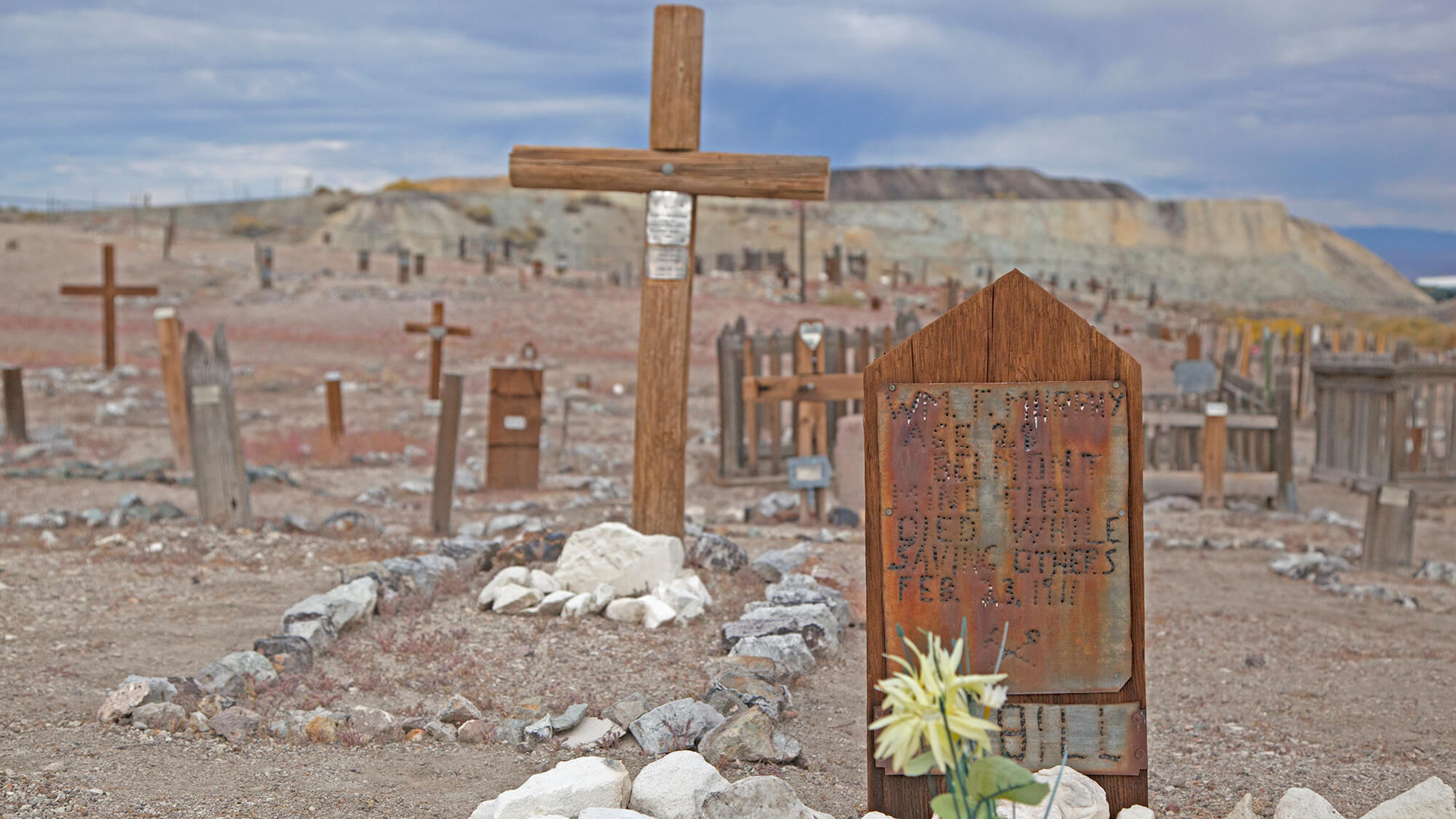 This isn’t an uncommon phrase around the town of Tonopah. The Clown Motel is located on the edge of the Nevada desert—decorated with you guessed it hundreds of clowns, and conveniently enough, located right next to the cemetery. While some tourists that have said at the Clown Motel swear it’s haunted, we think you should check it out for yourself. Ask for more on this at the front counter, but let’s just say it depends on what room you get.

The Old Tonopah Cemetery is a real treat, and a stone’s throw from your motel room! While this little mining town has had its fair share of ups and downs, Tonopah, Nevada, has never earned the title ‘ghost town.’ Luckily, the city didn’t empty out too much after the second richest silver strike in history was mined to its core. However, like any older town, it does have its ghosts. And yes, you’ll find quite a few of them at the cemetery. There are about 300 or so individuals buried in the old cemetery which made its debut May 7, 1901, with its original first resident, John Randel Weeks. The cemetery was active until about 1911 until the number of dead—mostly victims of mining accidents. This was due in large part to the ‘Tonopah Plague,’ which turned out to be pneumonia, and documented in local newspapers.

If you’re genuinely interested in encountering a ghost at the Tonopah Cemetery, we encourage you to visit with the owner of the Clown Motel next door. Locals will acknowledge the activity of the cemetery, sure, but many residents believe the Mizpah Hotel is thought to have even more haunted activity. 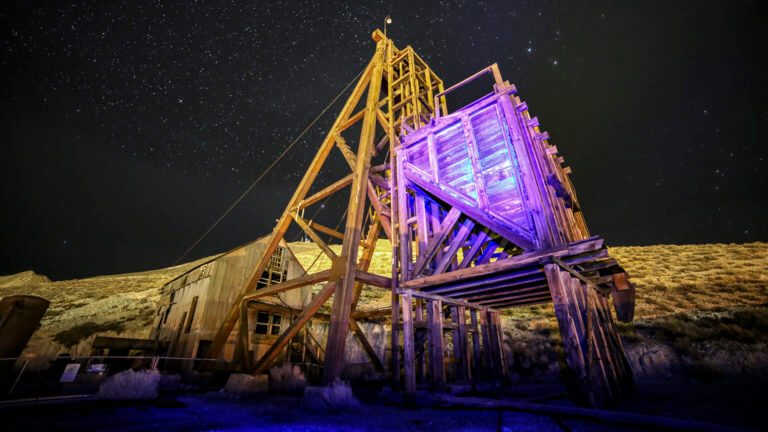 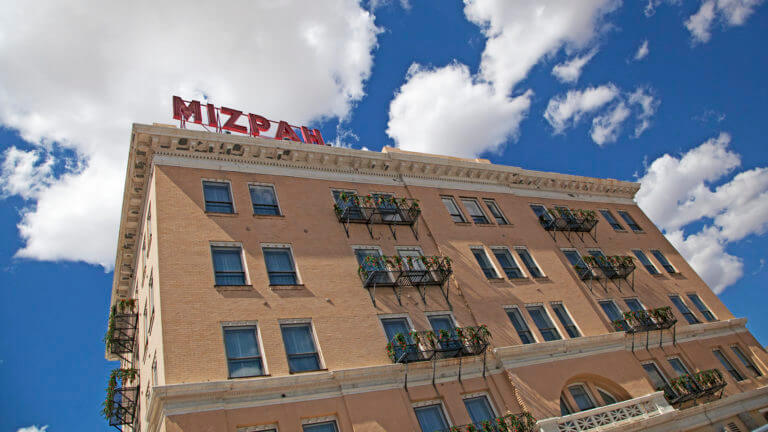 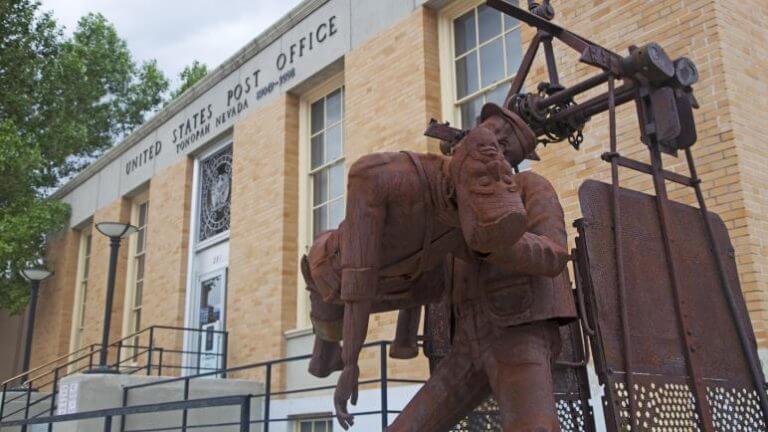 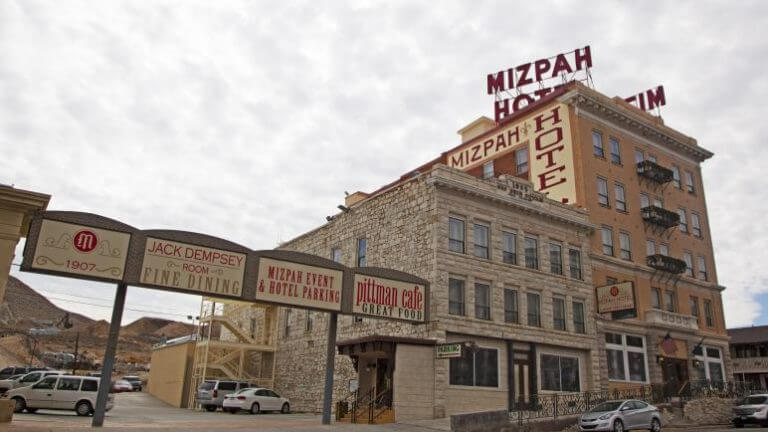 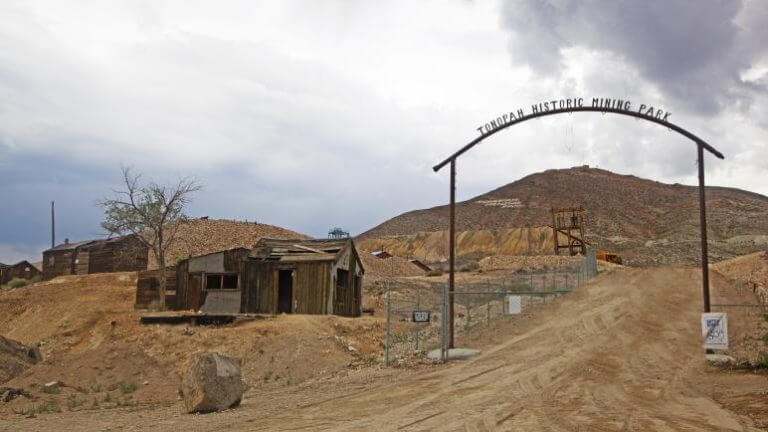 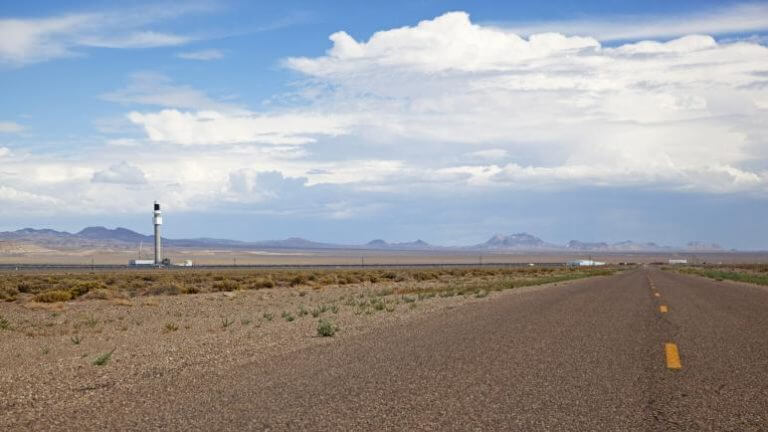 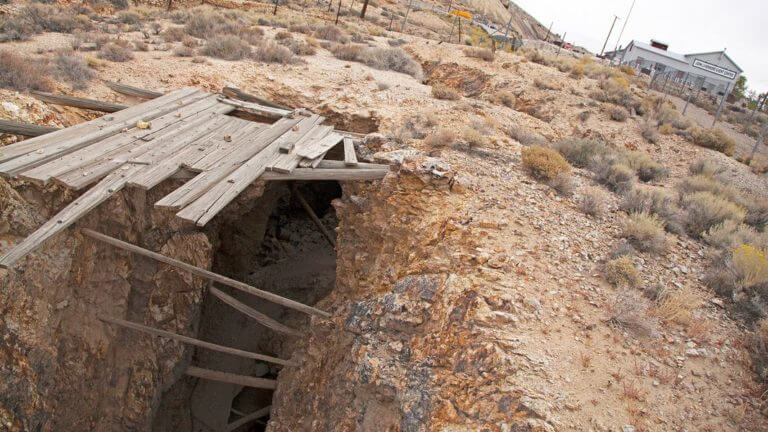 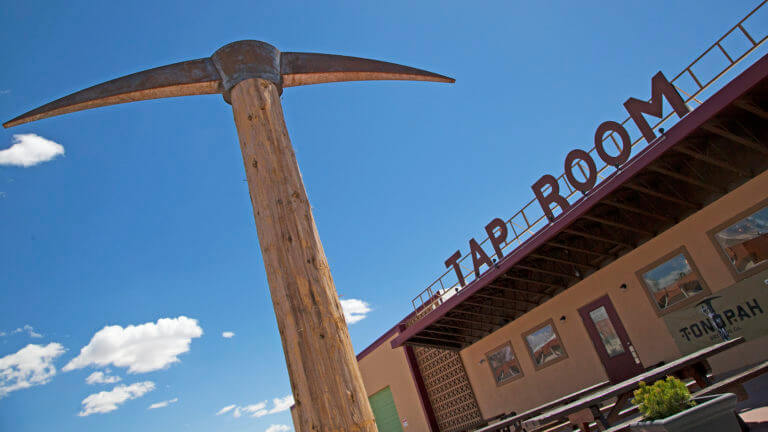 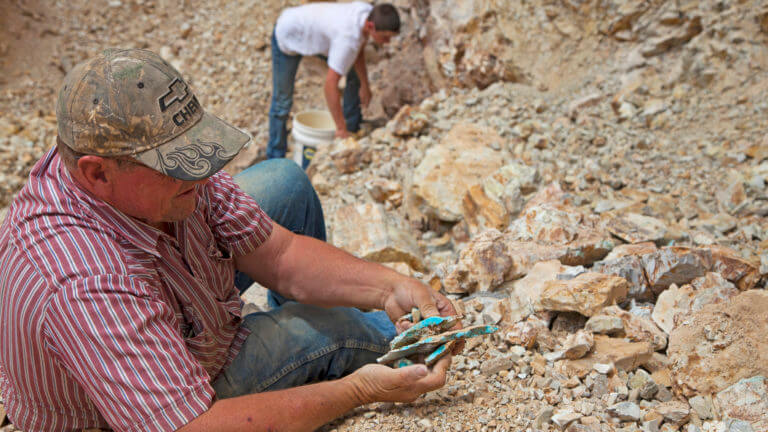