Located in the abundantly scenic Big Smoky Valley, many prospectors were drawn to Manhattan in the mid 1860s to partake in a silver mining boom, but it wasn’t until the early 1900s that the real population boom occurred. Originally referred to Manhattan Gulch in the 1860s, by 1905, a prospector by the name of Frank Humphrey uncovered gold, prompting several hundred people to follow suit.

Within one short year, Manhattan’s population soared to 4,000 and a business district popped up in downtown Manhattan. Several businesses comprised of typical establishments of this era opened up shop, and soon thereafter even a telephone service and electric lights were installed in this formerly vacant gulch. Interestingly enough, The Nye and Ormsby County Bank was originally intended to be the only stone structure to be erected in Manhattan, and as a result, is one of the standing remnants of this time. Built in 1906, the San Francisco Earthquake brought on an unforeseen depression in the following years, ultimately forcing the bank to close. When visiting this fascinating living ghost town today, the Bank’s ruins are still standing, and the original safe can be seen in the rear of the building. Although it’s undeniably dangerous to go inside these ruins, the safe can been seen from the street, and “The Nye & Ormsby County Bank, Manhattan, Nevada” is still distinguishable.

A secondary mining boom took place in 1909, which luckily continued into the 1940s, totaling in a whopping $10 million in production before it ceased in 1947. Gold is still very prevalent in this region, and while mining operations re-opened and continued in the 1970s and 1990s, modern day mining continues to thrive on a small scale, just 10 miles from Manhattan.

Today, around 125 people continue to reside in Manhattan, enabling the esteemed pleasure of referring to themselves a living ghost town. Large scale mining is currently in full swing in Round Mountain, which is about 14 miles away, a small town where most residents undoubtedly go for amenities. Although there aren’t many businesses still in operation, Manhattan has a leg up on nearby Belmont: it’s on the grid and tapped into electricity. When exploring this fascinating region dotted with many mining and ghost towns, plan to stay at Manhattan’s only remaining establishment: The Manhattan Bar & Motel. Additionally, be sure to stop by the Manhattan church, prominently positioned on the hillside overlooking the former business district. Originally erected in Belmont during its former glory days, the church was ‘stolen in the night’ once prospecting had shifted to Manhattan! 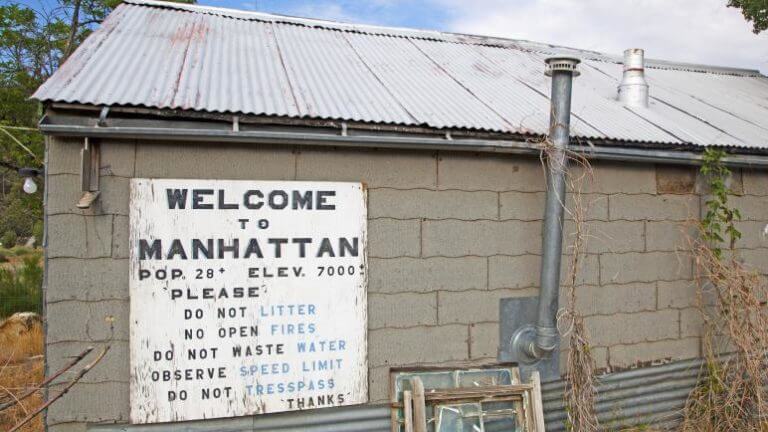 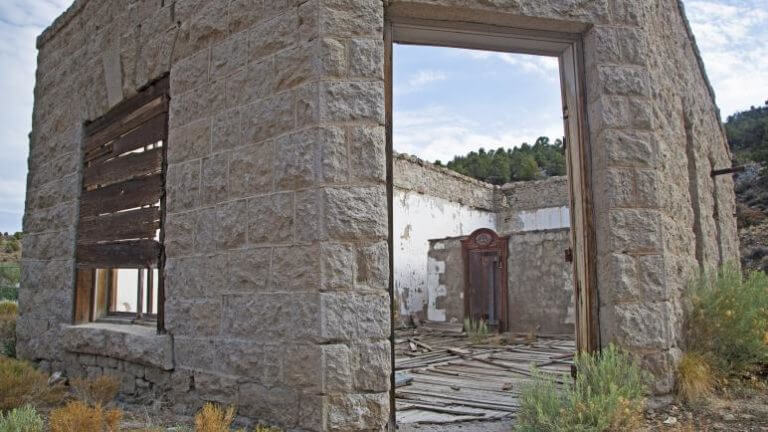 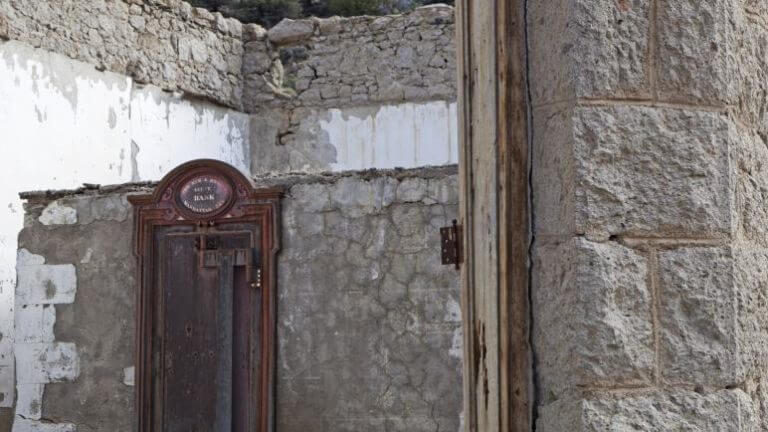 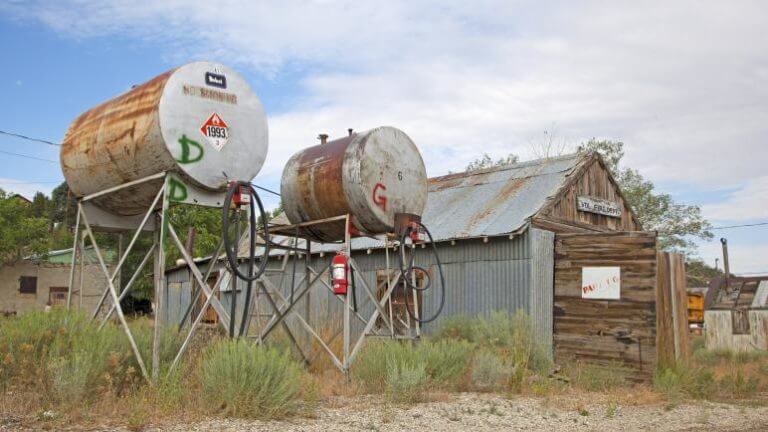 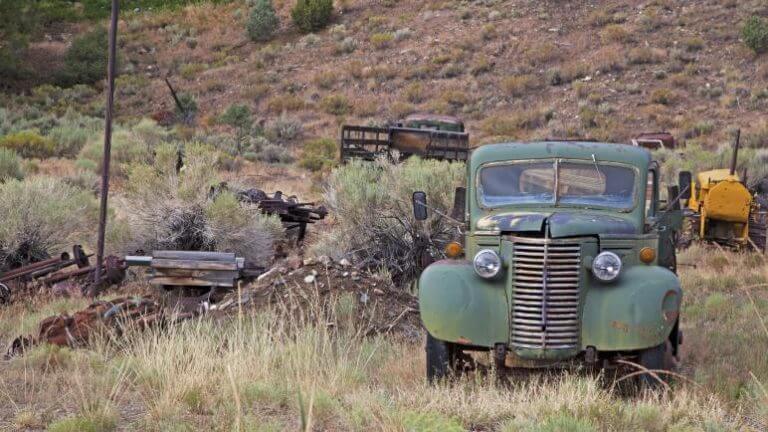 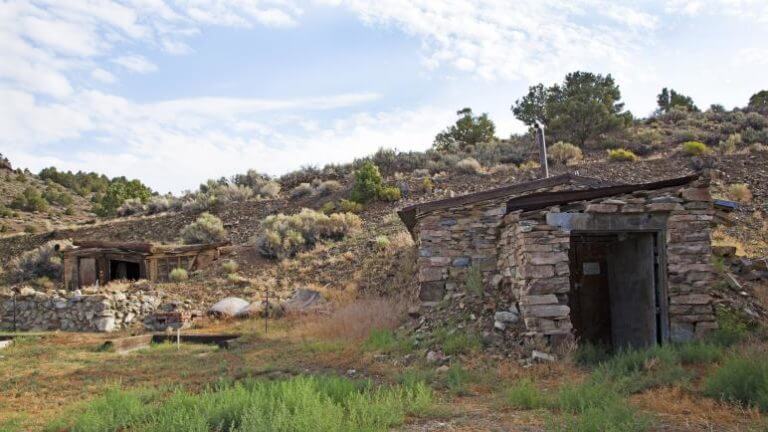 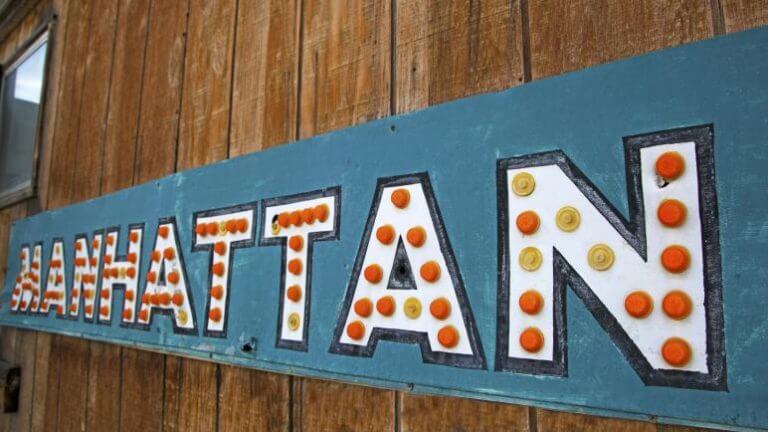 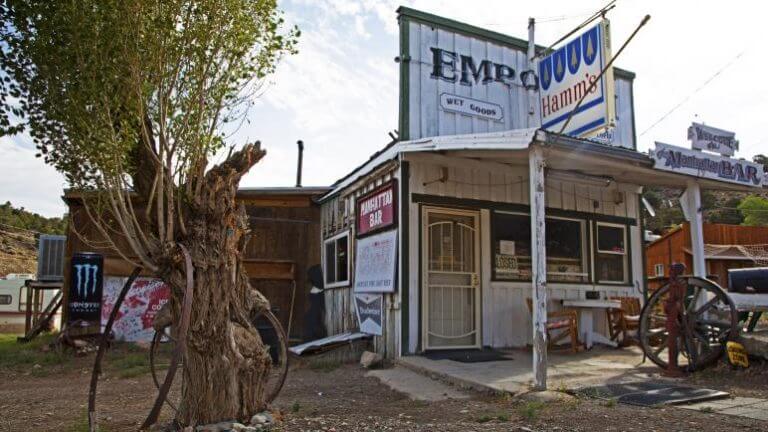