Nevada’s always been a monument to exceptions, extremes, and the freedom to be a little bit—ok, a lotta bit—different. Naturally, so are its cultural institutions. Whether you want to add Las Vegas museums to your weekend getaway, culture up your Tahoe trip with some Reno museums, or see history still thriving beyond the neon, come discover Nevada’s rich and colorful story in museums and history centers anchoring just about every corner of the state. Immerse yourself in Nevada’s history—and make some of your own along the way—with the kinds of museums you’ll wish your grade school teachers would’ve taken you to.

Nevada’s seven state museums tell the Silver State’s story from prehistory to statehood to modern day, and focus on themes that set us apart—bringing Nevada’s fascinating and robust American Indian culture, railroading, mining, gaming, entertainment, and natural history come alive with interactive exhibits at museums and historic interpretive centers in all corners of the state.

The Nevada Historical Society is the state’s oldest cultural institution and home to the American Gaming Archives, a collection of gambling manufacturers’ equipment, research materials, and the largest Dat-So-La-Lee basketry collection in Nevada. The Reno Gallery celebrates many of the city’s iconic moments, characters, institutions and structures. The society’s research library is a resource for casual history buffs and scholars alike.

Above: Take home a piece of Silver State history with regular demonstrations of the historic Coin Press No. 1, at the Carson City Mint-turned Nevada State Museum—Carson City.

In southern Nevada, the Nevada State Museum—Las Vegas features 15,000 square feet of permanent exhibit space and brings the history of Las Vegas to life in all its glory. With an appropriately Vegas flair, the “Showgirl Wall” exhibit features the spectacular costumes once worn in iconic stage shows on the Strip.

It’s not every day that you unearth a city buried by the sands of the Mojave Desert. Built on an actual archaeological dig site, the Lost City Museum tells dual stories of ancient times and the 20th century, when the building of Hoover Dam changed the face of a wide swath of southern Nevada. The museum celebrates the history of the Ancestral Puebloans through artifacts including stone tools, arrowheads, basketry and more.

A can’t-miss-it family excursion awaits at the Nevada State Railroad Museum—Carson City, featuring restored and fully operational steam locomotives from 1875: the narrow-gauge Glenbrook and the standard-gauge Inyo. This northern Nevada railway museum also shows off the historic McKeen Motor Car, one of the only three National Historic Landmarks that moves. Meanwhile in Boulder City, the Boulder Branch Line, built in 1931 to haul construction supplies for Hoover Dam, lives on at the Nevada State Railroad Museum—Boulder City. Open-air exhibits include an official railway post office car, while the hallmark of the museum is its passenger excursions. The seven-mile route takes 45 minutes and offers visitors views of the Eldorado Valley and Mojave Desert.

Housed in the former United States Branch Mint in the heart of Nevada’s capital city, the Nevada State Museum—Carson City tells the state’s history from prehistoric times to modern day. See the Mint’s Coin Press No. 1 in action during monthly demonstrations. The Natural History collection features animals from a prehistoric mammoth whose bones were found on the Black Rock Desert to an ichthyosaur, a massive Mesazoic marine reptile which swam the waters of ancient Lake Lahontan.

They haven’t invented time machines yet. However, when it comes to railroad history, a visit to Nevada’s three state train museums is about as close as it gets to experiencing a bygone era as it was back then. When 18th-century eastern Nevada mining camps were booming, the Nevada Northern Railway was in full swing, hauling massive amounts of copper to be smelted and sold and these two Ely train museums do an amazing job of telling this awesome history. The East Ely Depot Railroad Museum remains virtually untouched since the railroad’s closure, offering a glimpse into the past. The museum also serves as a gateway to the Nevada Northern Railway, which operates rolling stock from the railroad’s heyday with themed train rides, a frozen-in-time blacksmith shop, and a handful of spunky shop cats always looking for a good head scratch.

The Neon Museum is the type of place that could only exist in Vegas, right? What began as simple storage of defunct neon signs—known as the Neon Boneyard—has grown into a full-fledged museum with more than 200 rescued historic neon signs, complete with a visitor center located in the salvaged atomic blast-shaped La Concha Motel Lobby. Hop on a guided hour-long tour any day—or better yet, night—of the week. Speaking of only in Vegas museums, your time in Nevada is far from complete without swinging through the National Atomic Testing Museum, followed by an atomic-themed cocktail at downtown Las Vegas’ Atomic Liquors, which once hosted atomic blast viewing parties from their Fremont Street rooftop.

The Godfather. Goodfellas. Casino. All great movies, but nothing beats the real thing. When you’re craving the real stories behind organized crime in America, told through multi-sensory exhibits and with unparalleled insights from those on the front lines of both sides of the story, head straight for the Mob Museum. Put together by the same folks behind Cleveland’s Rock and Roll Hall of Fame and the International Spy Museum in Washington D.C., this museum is an experience unlike any other.

From immersive children’s discovery centers to learning about fossils, plants and animals in the Mojave Desert, add the Las Vegas Natural History Museum and Springs Preserve—along with plenty of other kids museums in Las Vegas—to your itinerary. Best yet, you don’t even have to leave downtown to check out kid friendly museums on the Las Vegas Strip, at places like the Pinball Hall of Fame and Madame Tussauds Wax Museum.

One name: Caroll Shelby. As one of the most legendary American automotive designers and badass drivers, his resume is extraordinary—but nothing quite compares to his role in the Ford Motor Company’s development for the AC Cobra and Mustang. Experience a piece of his legacy at the Shelby Heritage Center in Las Vegas, which includes a Heritage Center with an impressive array of historic Shelby Mustangs and Cobras including recently manufactured models, concept models, and sits adjacent to a 150,000 square-foot production facility.

Museums in northwestern Nevada go just as big, with art, auto and children’s museums in every city and town. Ranking right up there in the same tier as the New York MET, any lover of the arts owes themselves a trip to the Nevada Museum of Art in Reno. As the Silver State’s premier art museum, plan to peruse meaningful permanent and rotating exhibits and galleries through docent led tours, grab a bite at the on-site french-inspired Chez Louie, then get your hands on your own artisan souvenir at the gift shop. Another gotta-see-it Reno museum means a visit to one of America’s top 10 automobile museums, at the National Automobile Museum in Reno. With more than 200 vintage and rare cars—including the Harrahs Collection—set against life-like street scenes and sounds, historic autos come to life.

In the spirit for a little haunted history? Nevada is filled with tons of historic-sites-turned-museums. Get the lowdown on the millionaires who hung out at the Washoe Club & Haunted Museum and the inmates who did time at The Million Dollar Courthouse—and reportedly never left.

Some of the Silver State’s best children’s museums are in northwestern Nevada, at the Discovery Museum in Reno, along with the Children’s Museum in Carson City. And as Nevada’s Capital City, you can bet tons of Silver State history lives in Carson City museums. Get in on the Carson City Mint Tour and ride the rails at the Carson City Railroad Museum—both state museums in Carson—or get down to business and see where Nevada statehood all began with a Nevada State Capitol Building Tour. Or listen to alumni stories, and walk the historic grounds of the Stewart Indian School Cultural Center & Museum—one of the only historic boarding schools for American Indian children still standing in the country. No matter what type of history you’re after, museums in Carson City and Reno put you face to face with the Silver States gleaming backstory.

What better way to experience a good, solid #NVRoadTrip than by getting into Silver State history at cities and towns across the trip? Some of the best museums in Nevada are tucked in the heart of places like Ely, Tonopah, Eureka, Winnemucca and Elko, telling tales of the people who put the Silver State on the map and helped move the Nevada story forward.

One foot inside the Rexall Drugstore and you’ll feel like you’ve stepped 60 years into the past. Since closing up shop for good in the ‘80s, the products lining the shelves at the McGill Drugstore Museum haven’t been updated—or even touched—in more than 30 years. This delightful time capsule of a museum preserves the era of small-town soda fountains and pharmacies, and touring it is an obvious no-brainer.

Ever wondered what happened in a town where hardy pioneers sought their fortune and cowboys hitched up for a day in the Great Basin? In the heart of the Cowboy Corridor, Winnemucca brims with rich western heritage important to the Nevada story, which comes to life with the Humboldt Museum. Transforming original historic buildings, this Winnemucca museum boasts completely intact historical buildings original to Winnemucca filled with exhibits that detail early life in the region. Check out a complete wooly mammoth skeleton and fossils of an ichthyosaur—Nevada’s official state fossil—found in the Black Rock Desert, extraordinarily robust exhibits illustrating Chinese history in Nevada, and the Humboldt Soda Works—a soda company that began here and later sold to 7UP.

Heading into the 20,000 square foot Northeastern Nevada Museum feels like walking into a history of everything that’s ever gone down in the Silver State. When exploring this Elko museum, Prepare to be majorly wowed by mastodon fossils found in nearby Spring Creek, a humongous taxidermy installation that gives Cabela’s a run for its money, permanent collections featuring drawings by buckaroo artist Will James and original photos by legendary photographer Ansel Adams, an exhibit on Hollywood golden boy turned Elko local Bing Crosby, and a whole lot more.

Learn all about the rough-and-tumble things that happened at Tonopah, the “Queen of the Silver Camps”—along with some colorful legendary folklore, too—at amazing indoor and outdoor exhibits at the Central Nevada Museum. Loaded with tons of pioneer and mining mementos and American Indian relics and impassioned docents with genealogy roots older than the town itself is enough to impress any history lover. And then there’s the kind of memorabilia you can’t find just anywhere, that explores history from the Tonopah Air Base—the largest WWII training center in the U.S.

Between historic mining sites, easy access to some of the best ghost towns in the Silver State, roadside diners and Sagebrush Saloons, and one of the best museums around, what’s happening in this central Nevada town will have you crying Eureka wherever you go. History always seems more real and special when it never left the building it originated from, which is exactly what’s going down at the Eureka Sentinel Museum. Visit the museum to see a complete 1860s pressroom, plastered with posters that were printed by the newspaper more than 150 years ago, historic type cases, layout boards, ink containers and more.

Hitting Hoover? Boulder Move: Grab Onto Concrete History in the Town That Built It

The rich and colorful story of the Silver State unfolds Nevada museums. Explore and experience the fascinating confluence of people, geography, technology, and industry that has shaped Nevada’s one-of-a-kind character. From prehistoric eras to American Indian life and the “Old West” to mining, railroading, gaming, and beyond, the exhibits bring you face-to-face with our state’s diverse and only-in-Nevada story.

Did you make a little of your own history while uncovering Nevada’s backstory? While curating your feed, be sure to tag #NVMuseums to share your experiences with us. If we love your photo, you may find it featured here. 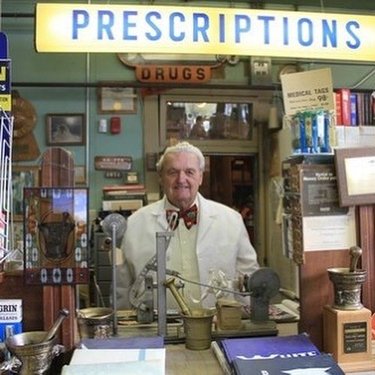 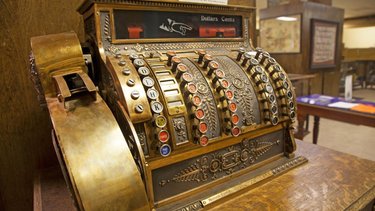 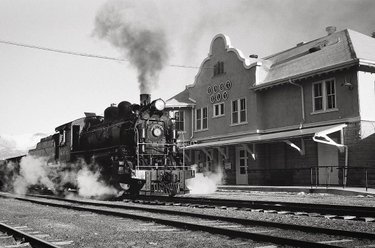 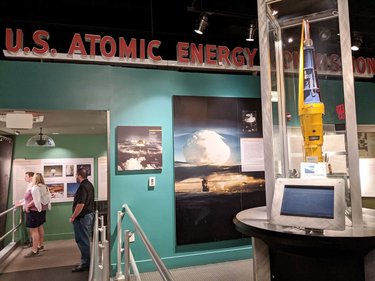 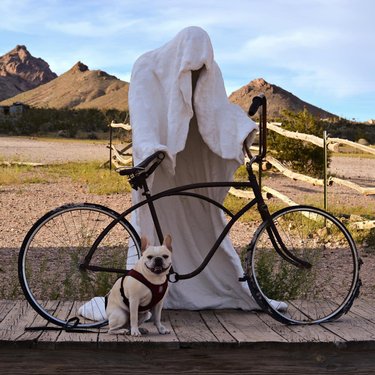 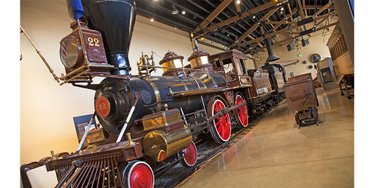 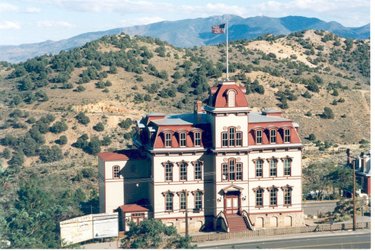 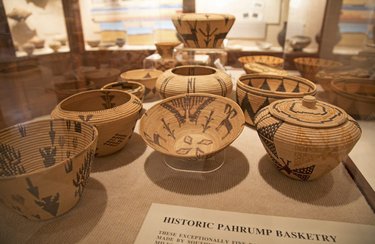 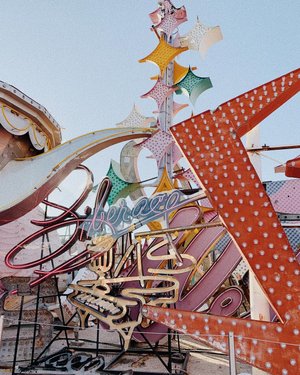 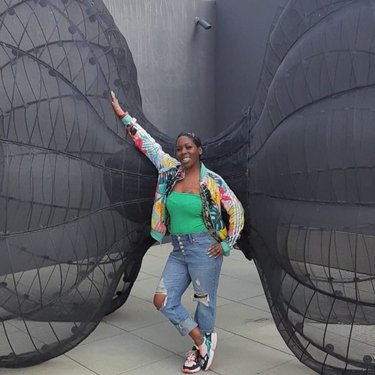