A longstanding fixture of historic downtown McGill (a tiny, copper smelting town minutes down the road from Ely, NV) the Rexall Drugstore served this company town for decades—that is, until the resident pharmacist passed away in the 1970s. Nobody took over his business so the town locked the door and sort of forgot about the place. It sat nearly 30 years completely untouched before the town decided to open it as a museum. Today, what you’ll find inside this time-capsulized pharmacy that is exactly what you would’ve seen as a customer years ago—shelves lined with faded products dating back to the 1950s, ranging from shampoos, a range of nail polish shades only available in the 1950s, Ipana toothpaste, and the once popular Dippity-do styling gel. You’ll also see a fully stocked pharmacy with handwritten prescription records, and, of course, a working soda fountain makes—all of which makes this museum feel like stepping into a time machine.

Long ago, the tiny town of McGill served Ely’s copper bonanza by smelting down all copper minerals extracted from area mines. Located minutes down the historic rail line from the famous Nevada Northern Railway, copper was mined in the nearby Kennecott copper mine, transported via the Nevada Northern Railway through the East Ely Depot, and on to McGill where it was processed and smelted down. From McGill, it traveled further north along the railroad to be sold and distributed in Salt Lake City.

Though this business was strictly a drug store and pharmacy, visiting the museum today means experiencing a true time capsule, loaded with relics important to the McGill and eastern Nevada story. On the walls, zero in on marching band uniforms from White Pine County grade and high schools, as well as yearbooks dating back to the 1940s. Or, take a tour behind the original pharmacy counter—still brimming with many original prescribed medicines and records, then pony up to the original milkshake counter for a tasty, malted treat.

When visiting the Ely area, be sure to swing through the McGill Drugstore Museum’s sister property in historic downtown Ely at the White Pine Public Museum to dive into even more fascinating eastern Nevada history.

The McGill Drugstore is a free, public museum with one mission in mind: to preserve the era of small town soda fountains, drugstores, and pharmacies. Regular hours are Monday through Sunday from 9:00 AM to 5:00 PM, and if you plan to visit the Ely and McGill area outside of regular hours, please get in touch with Keith for a private appointment to tour the museum.

Though admission to the McGill Drugstore Museum is free, this incredible, eastern Nevada cultural center depends on donations. These contributions help with establishing and preservation of current exhibited items, and supports future additions to the property. Please consider making a donation when stopping by. 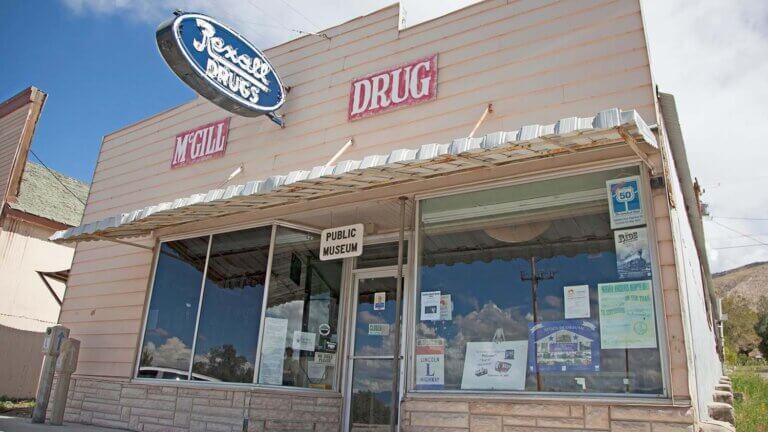 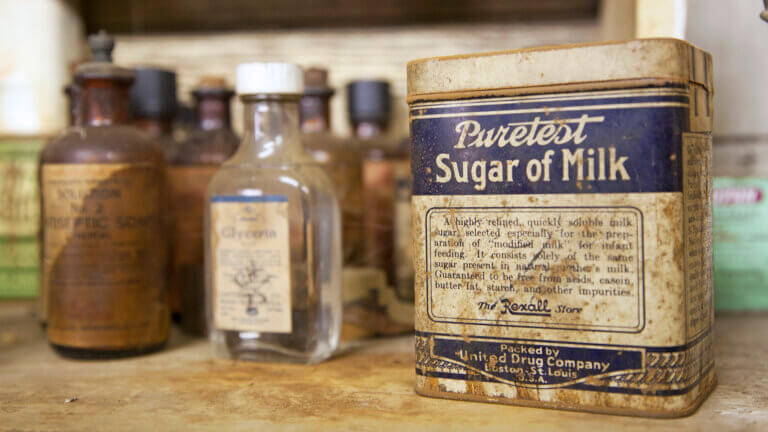 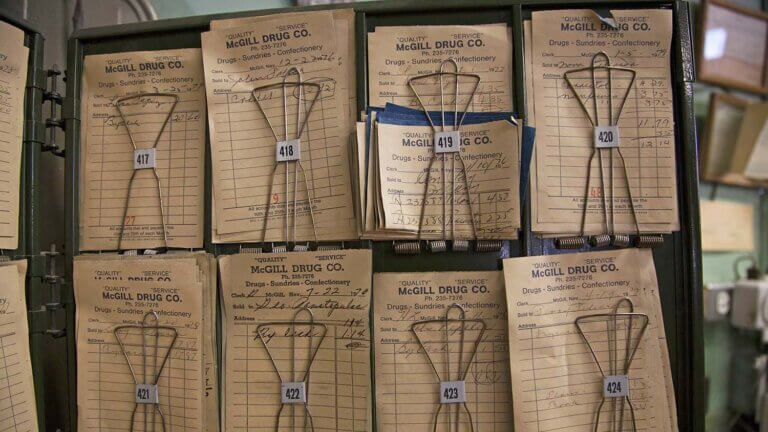 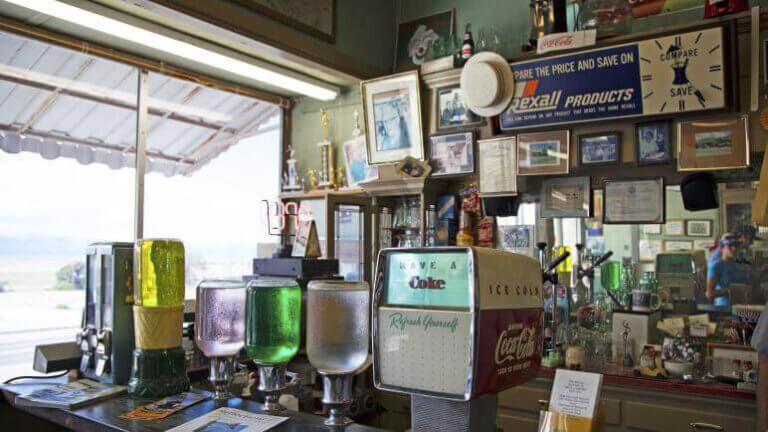 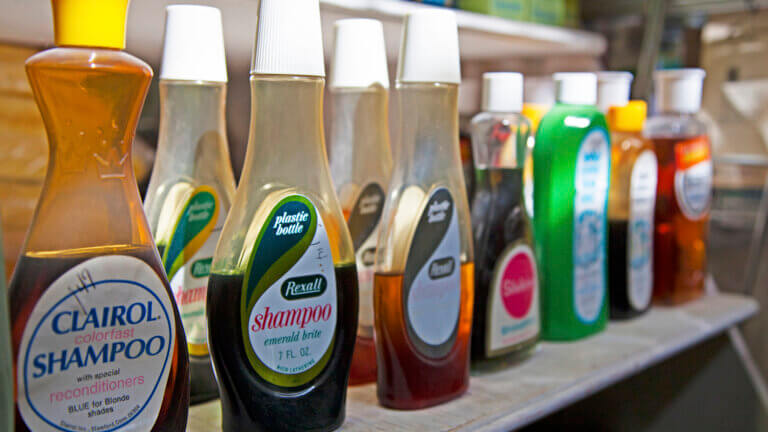 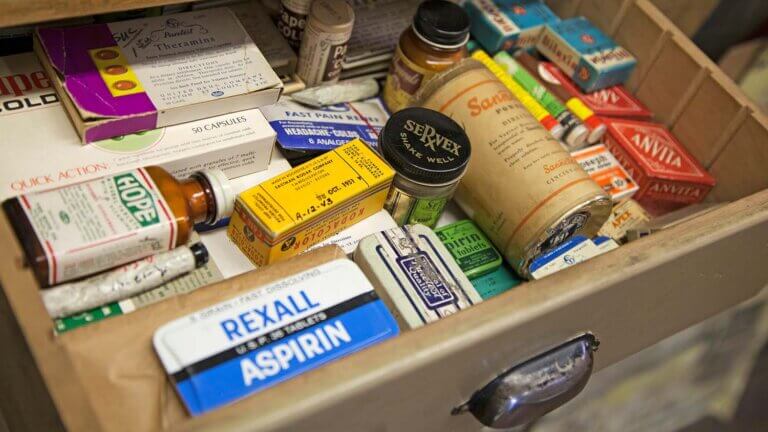 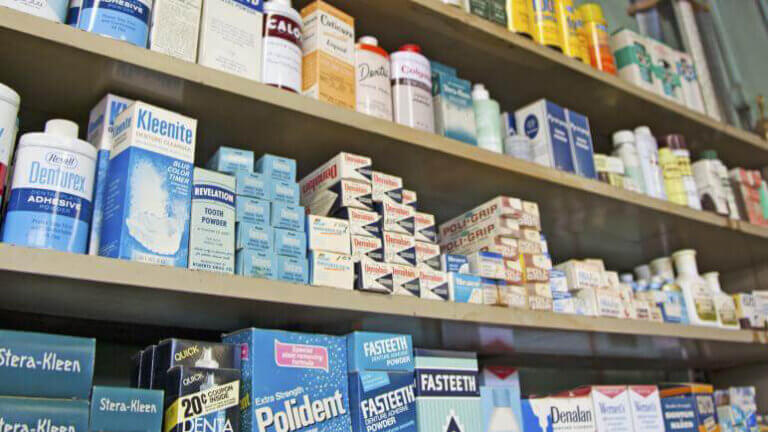 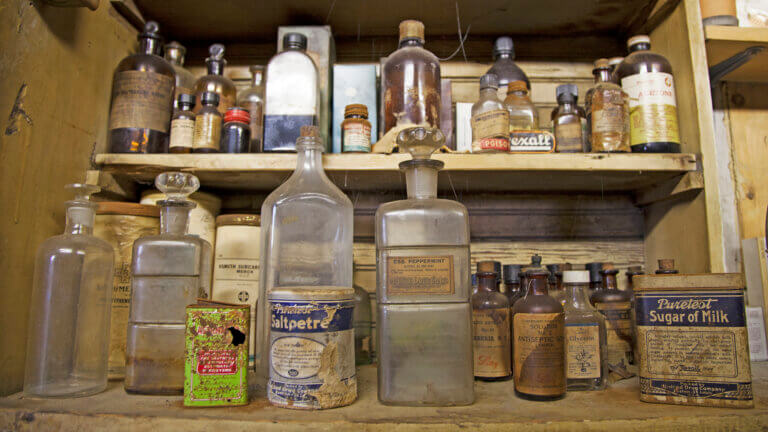 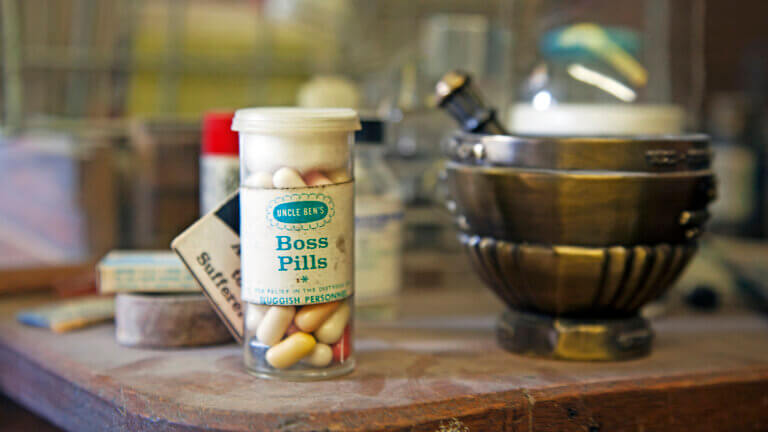