If touring the average museum offers visitors a glimpse into the past, a visit to the Nevada Northern Railway Museum is more like a trip through time. Sharing the grounds with the East Ely Railroad Depot—a Nevada State Museum—this one-of-a-kind rail yard is dedicated to restoring, preserving, and operating its historic facilities, yards, and rail collection, offering visitors the opportunity to experience an actual working railroad straight from the past. Everything you see here—from the picture-perfect blacksmith shop fit for the silver screen, to the original handwritten pay ledgers, to the incredibly pristine locomotives themselves—is all original to Ely’s Nevada Northern Railway.

After massive copper deposits were discovered in the early 1900s, the Nevada Consolidated Copper Company built a 150-mile rail line to haul copper ore from the mines west of Ely to regional smelters and off for sale. Today, the section of track that runs from Ely to the tiny town of McGill is still in operation, ridden by the original steam and diesel engines that are painstakingly maintained by the Nevada Northern Railway Museum. Passengers board in the Ely yards for an incredible ride along the same routes that were once used to haul ore. The line is considered the best-preserved short line in the country and ranks as a National Historic Landmark, along with the East Ely yard complex, locomotives, and rolling stock.

Interestingly enough, the Nevada State Locomotive—Engine No. 40—is part of the Nevada Northern Railway’s fleet, and proudly leads the charge for the annual Haunted Ghost Train of Ely and an impressive lineup of other can’t-miss events throughout the year.

From specialty train rides that underscore historic moments in the Silver State and seasonal events, to train rides offered throughout the day and beyond, let that inner child run wild with a ride on these historic rails. Race the Rails by bike, travel through Tuscany on an Italian-themed experience, hoist up a glass of bubbly for the darkest skies in the country, witness the only fireworks show we know of that’s launched from a moving steam train, and brush shoulders with Santa at the Nevada Northern Railway’s lineup of incredible annual events.

If you ain’t afraid of no ghosts, take a phantom train ride at the Nevada Northern Railway. The Haunted Ghost Train of Old Ely takes place every October, and yes, costumes are encouraged. The engine house and many other parts of the Nevada Northern Railway Museum are rumored to be haunted as well, and walking tours that focus on the spooky history of the rail yard are also available.

Celebrate the holiday season in December by taking off to the “North Pole” from East Ely. Kids (and kids at heart) can don pajamas and enjoy hot chocolate cookies while Santa’s helpers spread Christmas cheer. Photo opps with Santa and a special gift complete the magical experience.

For the most up-to-date information on the Nevada Northern Railway’s impressive lineup of events, click HERE.

Aside from the locomotives, a few other characters are part of the scene at the Nevada Northern Railway: Dirt and Dirt Junior (DJ), the train cats of the machine shop. The original locomotives and all the history that’s happened on–site is masterfully preserved in documents stretching back 100 years, yet somehow these cats seem to steal the show. We don’t really know how old Dirt the Cat is, but he—along with DJ and the rest of his kitty posse—remain a welcoming fixture.

A Night at the Museum at the Nevada Northern Railway

Ready for one hell of an Uncommon Overnighter? Originally serving as the Chief Engineer’s Quarters, the Bunkhouse was converted to modern lodging accommodations and lies within the still-operating rail yard at the Nevada Northern Railway. Much like the crews themselves, the railyard comes alive very early in the morning, as locomotives are shuffled around, in anticipation of the day’s visitors.

If simply being inside the train yard itself doesn’t quite do it for you, behold The Caboose! Also a bookable overnight stay, Caboose #22 was delivered to the Nevada Northern Railway more than 40 years ago. At that time, Caboose #22 was considered to be state of the art, with all-steel sides and roller-bearing trucks. Creature comforts are minimal — it’s outfitted with an oil stove, but no electricity or air conditioning — but it’s an ideal (and memory making) alternative to summer camping! For more information on how to book a night (or several) in the Bunkhouse or Caboose, click here.

Museum admission is $8 for adults, and $4 for children. Begin your free walking tour of the historic Nevada Northern Railway grounds by registering at the main depot. Here, you'll be given a Walking Tour Passport that highlights the train station, railyard, machine shop and more. For more information on specific ticketed pricing for Train Rides, Guided tour of the Yard and Enginehouse, Ride with the Engineer, private Caboose Party, or a Four Day Pass, be sure to get in touch with the Nevada Northern Railway directly at (775) 289-2085. 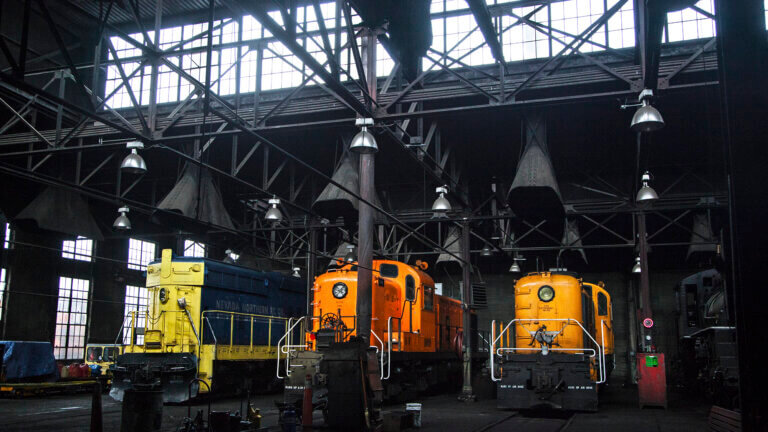 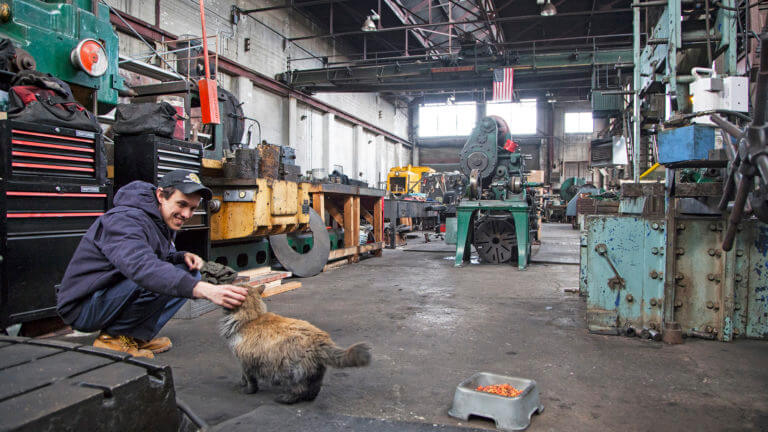 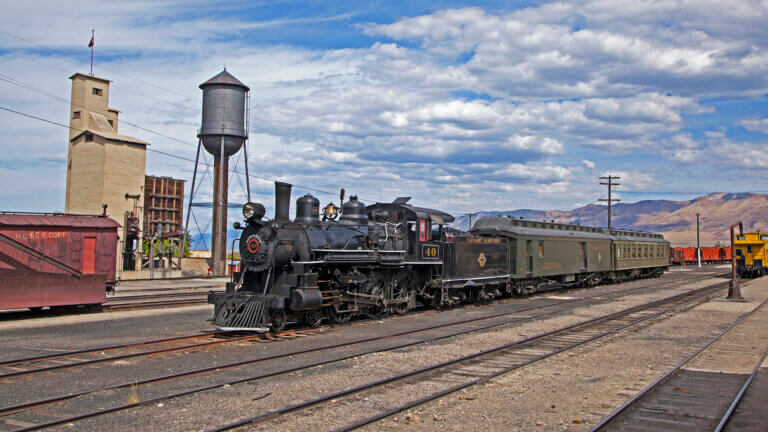 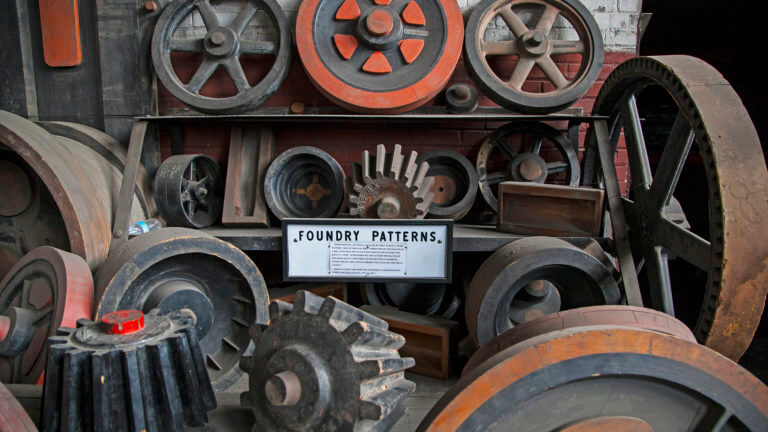 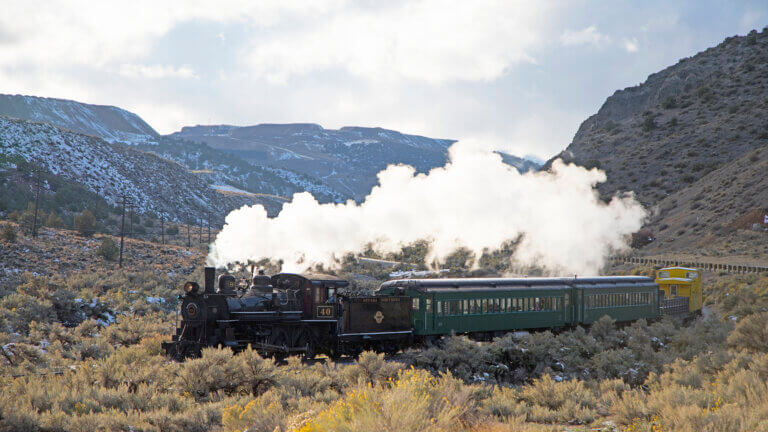 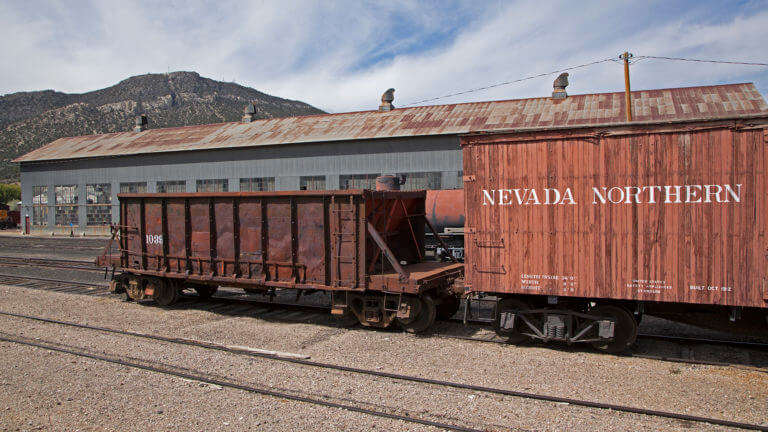 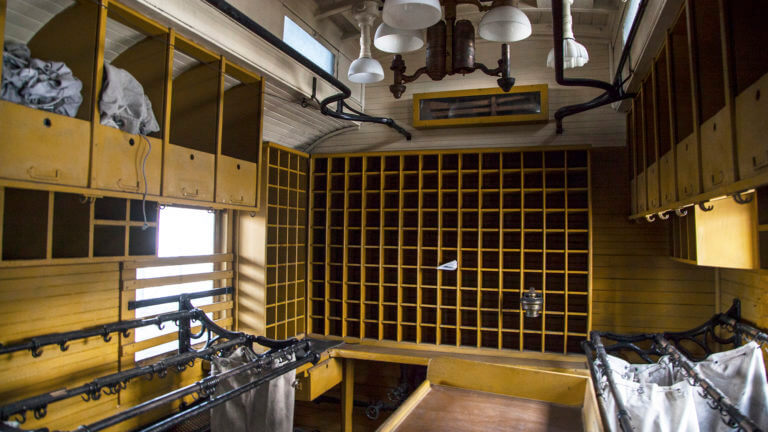 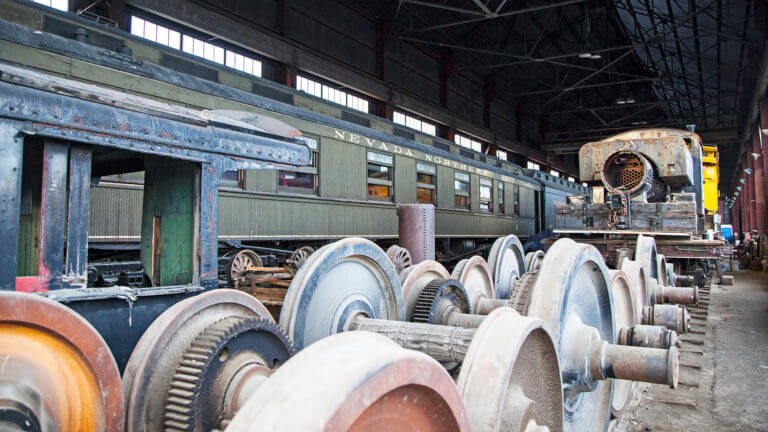 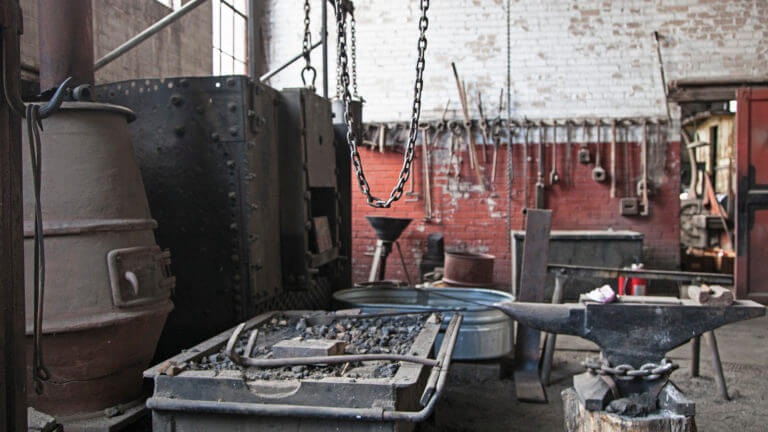 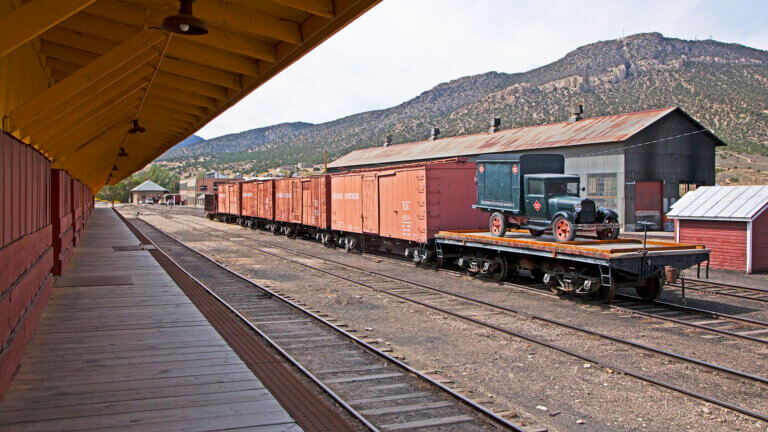 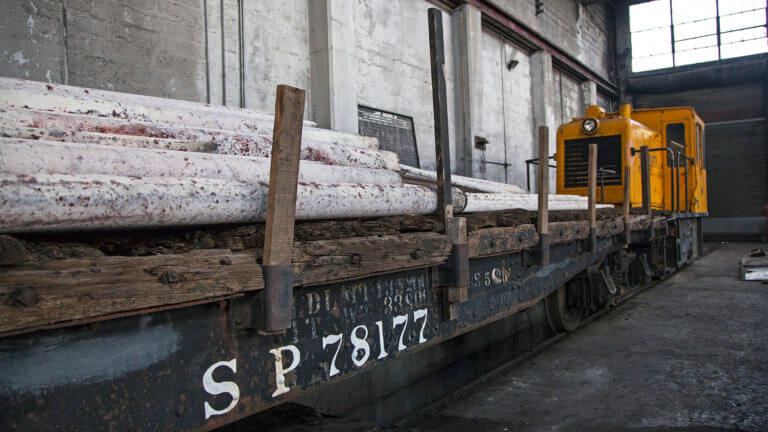 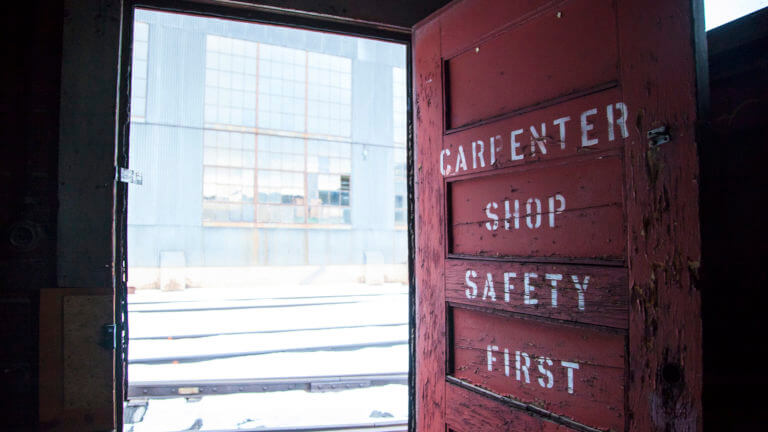