Hardly more than a wide spot in the road south of Elko, the community of Jiggs has quite the fascinating and extensive history. Surviving countless troops of bandits, prohibition and a hard to imagine six renames, all that remains in Jiggs today is a good old fashioned, rough and tumble saloon…a place certainly worth checking out.

About an hour south of Elko, Jiggs lies in the heart of Mound Valley, and is not far from the majestic Ruby Mountains and Harrison Pass. Traversed by famed pioneers like John C. Fremont and the Donner Party, the area soon drew permanent settlers who turned to ranching to make a living. The first permanent settler, W.M. Kennedy, arrived in area in 1866 and promptly named it Mound Valley after, you guessed it… a large mound located near his property. With an influx of permanent settlers, the first post office sprouted up and the valley became home to a melting pot of hard-working, respectable residents along with countless wild outlaws running from the good guys. A place of such remoteness with little to no law attracted bandits, making for some interesting history to say the least. Before long, the area became a legitimate town, boasting a dance hall, hotel, restaurant, store, blacksmith shop, and of course, a saloon.

The town was renamed five more times, and with each rename came a new post office. Through the years, the town was renamed Cottonwood, Dry Creek, Hylton, Skelton and finally Jiggs in 1918 after the iconic Bringing Up Father American comic strip. Several structures eventually caught fire and were never rebuilt, with the exception of the school house-turned post office, and a two-story brick hotel that was constructed in 1916. Today, the hotel is a private residence, is one of the five places in Elko County that’s listed on the Nevada State Register of Historic Places, and one of Jiggs’ most prominent landmarks. In 1940, the movie Brigham Young, Frontiersman was filmed in Jiggs, and two of Nevada’s governors are even from the community.

Several hardy residents have remained over the past 150 years, many of which still depend on ranching. Sweeping valleys and impressive historical structures make for some stunning photos to say the least, but the best present day attraction in Jiggs is a no brainer: the Jiggs Bar.

Originally constructed in the 1950s, the Jiggs Bar has been a rendezvous point for ranchers for decades. Five minutes spent inside, and you’ll understand why. With a colorful history running deep as the community’s founding, the Jiggs Bar was even the site of a shootout that resulted in a double murder in 1962.

As the only open business for miles on end, the Jiggs Bar is a perfect place to pop into for a solid dose of unfiltered history, some neighborly banter with some tried and true Nevadans and of course, some icy cold libations. The people who currently call Jiggs home are completely proud of this area—with reason—and are extremely hospitable to the random passerby. Marvel at the famed two-headed taxidermied calf mounted on the wall, try your hand at a round of pool, give Tigg—the bar’s resident orange tabby cat—a good scratch on the head, or rub elbows with some locals. Hey, you might even be lucky enough to bump into famed cowboy poet Waddie Mitchell, who is known to frequent the bar.

A true Only-in-Nevada experience, a trip to the Jiggs Bar should be high on the list of anyone in search of adventure, or maybe just some good conversation with great people. 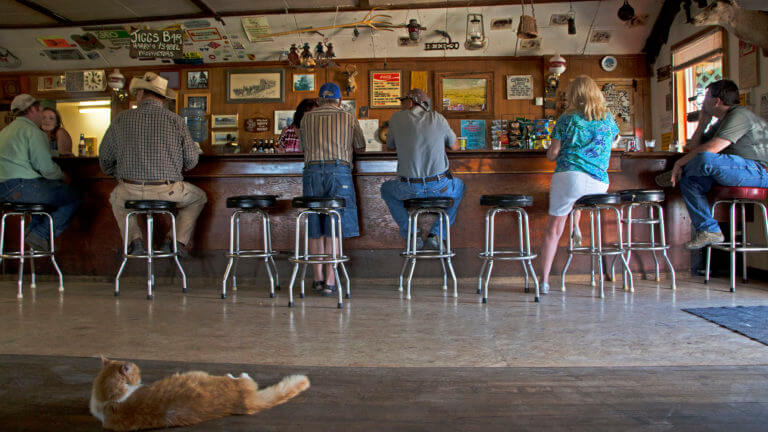 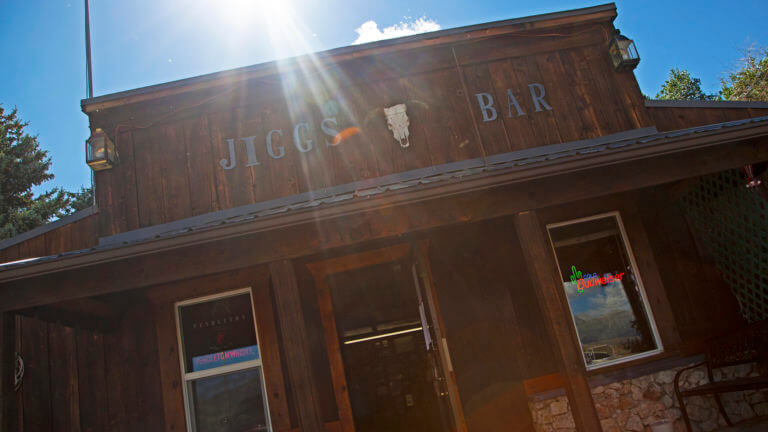 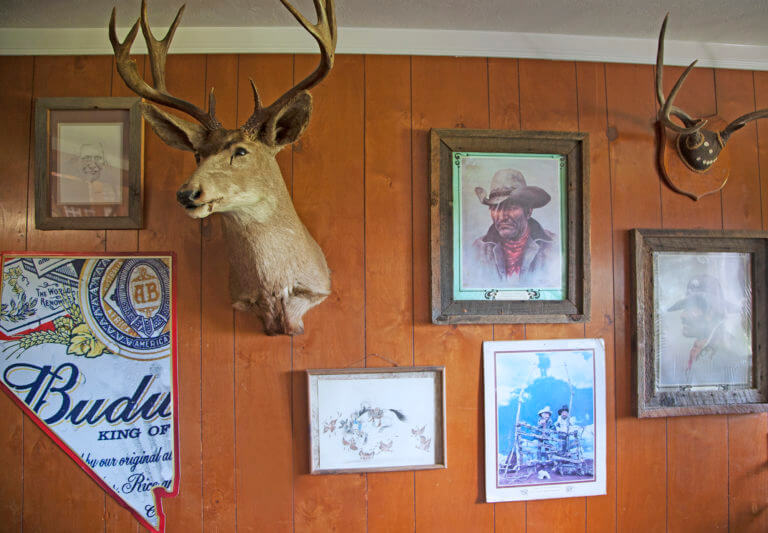 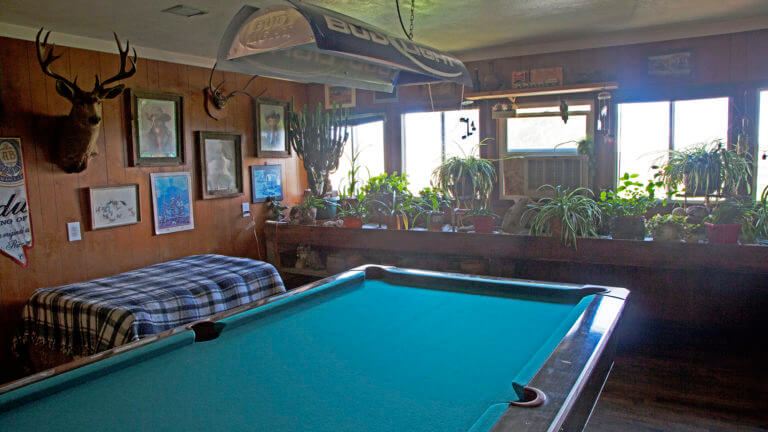 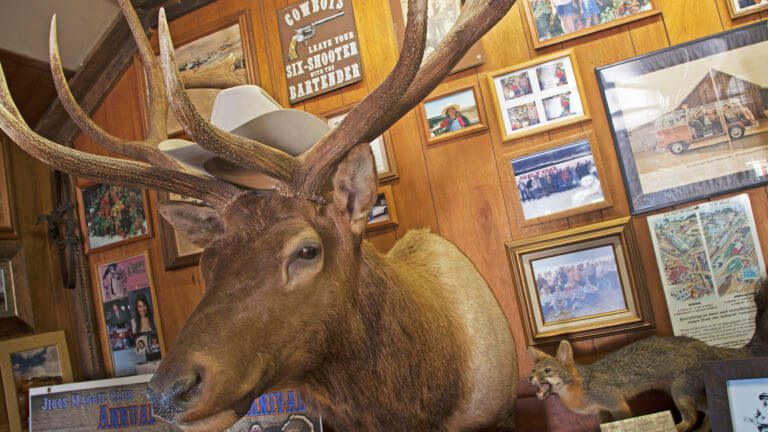 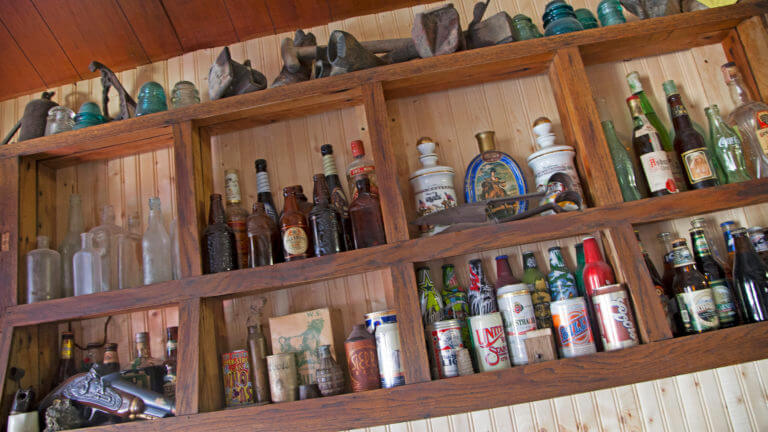 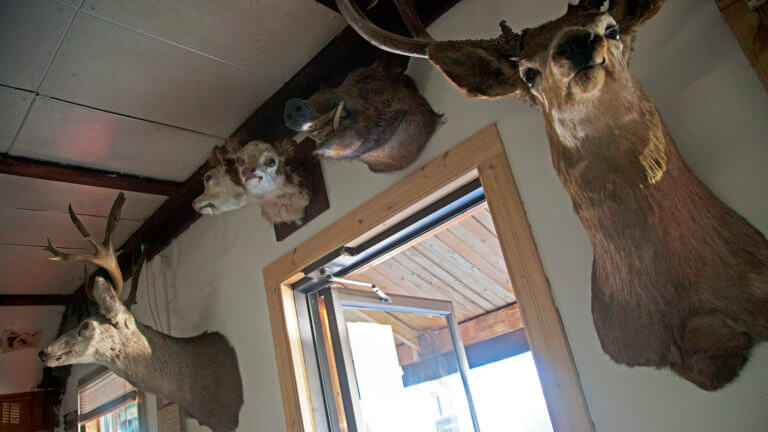 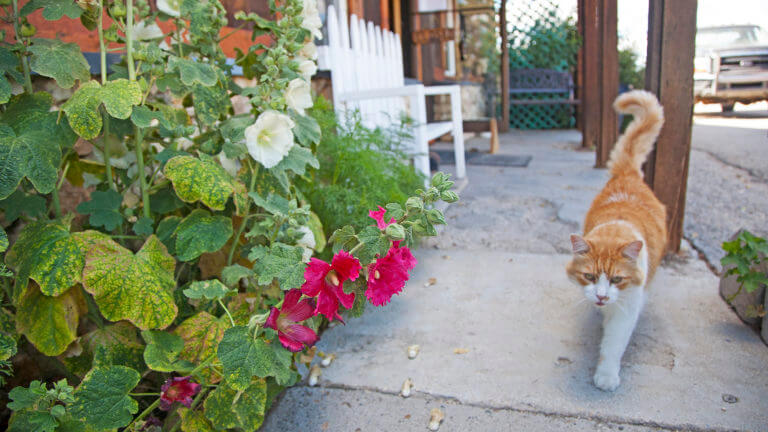