The Slanted Porch in Fallon, an environmentally conscious eatery, seems as if it were plucked out of a trendy urban neighborhood and dropped into charming, laid-back rural Nevada. This unassuming converted 1908 residence could easily be mistaken for a home if not for its sign. The building was renovated and expanded by owner Steve Hernandez and his wife, Peggy, over a three-year period. The loving detail that went into remodeling the century-old building is also present in the food.

As the Slanted Porch’s farmer/restaurateur/chef, Hernandez got his start in the San Francisco scene after graduating from California Culinary Academy in 1996. In his Fallon venture, which opened in June 2008, Hernandez combined his top-rate education with his upbringing as the grandson of Mexican migrant farmers. Describing his grandmother’s ‘farm-to-fork’ cooking mentality, using the only freshest meats and vegetables, Hernandez has insisted on implementing this same concept at The Slanted Porch.

Often still covered in dirt, potatoes for The Slanted Porch’s delectable homemade potato chips come from Fallon’s Workman Farms [the original purveyor of the nationally acclaimed Hearts O’Gold cantaloupe.] Spinach and other salad accoutrements make the less-than-four-mile trip from Lattin Farms [known for its farmers’ markets and family-favorite corn maze.] Beef is hand-selected by Hernandez from the H5 Ranch, also in Fallon.

In addition to the freshest, locally sourced food The Slanted Porch divvies up, Hernandez is also insistent on getting meals to his customers in an environmentally responsible method. Produce and meats from across town require a negligible amount of fuel to transport compared to products from California. To this eco-friendly end, The Slanted Porch uses biodegradable compostable to-go containers, composts whatever food waste possible, and sells grease to an area biofuel company.

Lunch usually sees a full dining room and several people milling around the door waiting for to-go orders. The draw? More than 20 creative sandwiches and salads that could turn even the staunchest carnivore. Sandwiches include everything from the simple [the Alternate 95, a BLT avocado,] to the American classic [a half-pound local Angus cheeseburger,] to the inspired [the Pinion with roast beef, green chilies, and dill Havarti cheese.] Sandwiches come with a fresh, local side salad or homemade potato chips, and the burger comes with homemade fries. Lunch salads are as popular as the sandwiches. The favorite spinach salad includes avocado, bacon, chopped hard-boiled egg, sunflower seeds, and onion and is drizzled with a warm sweet bacon dressing.

The Slanted Porch owes that consistency to Hernandez’s philosophy of serving the freshest local foods available—a philosophy that is as good at winning the hearts of diners as it is at running an environmentally responsible, sustainable restaurant.

What’s In A Name?

During the restoration of The Slanted Porch, one of the owner Steve Hernandez’s friends pointed out that the porch was noticeably slanted toward the street. While this is an intentional design feature that allows water to drain away from the building, the episode proved memorable enough to give the restaurant its moniker. 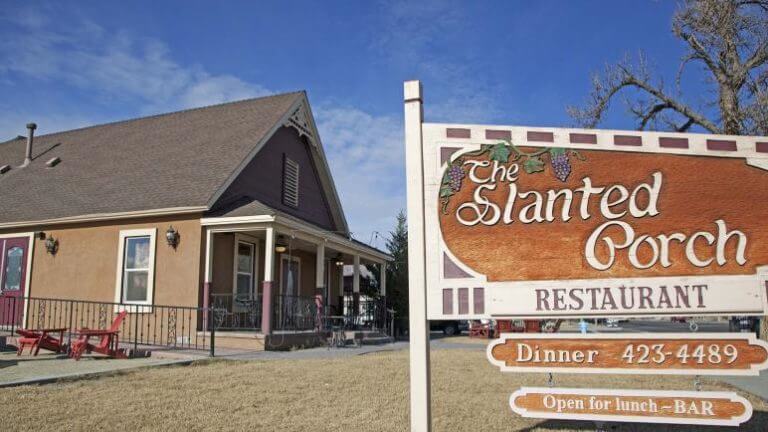 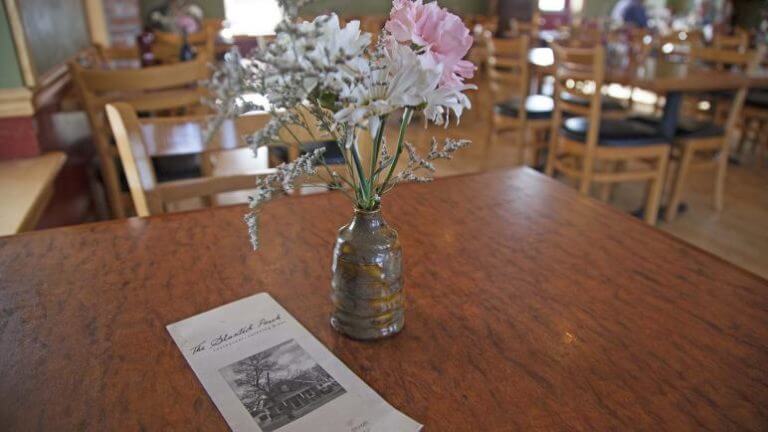 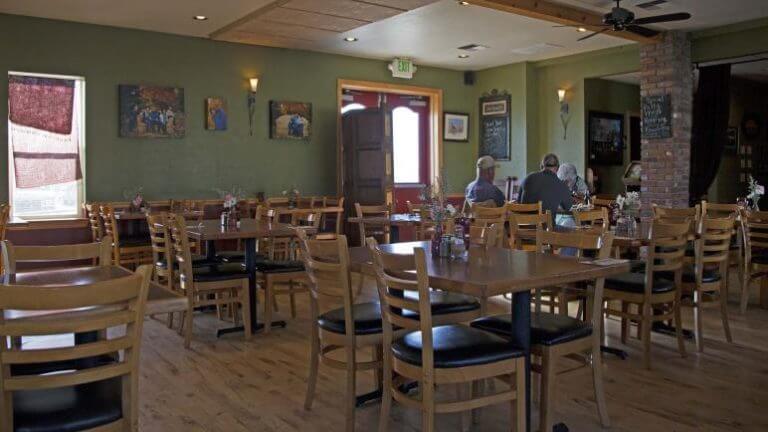 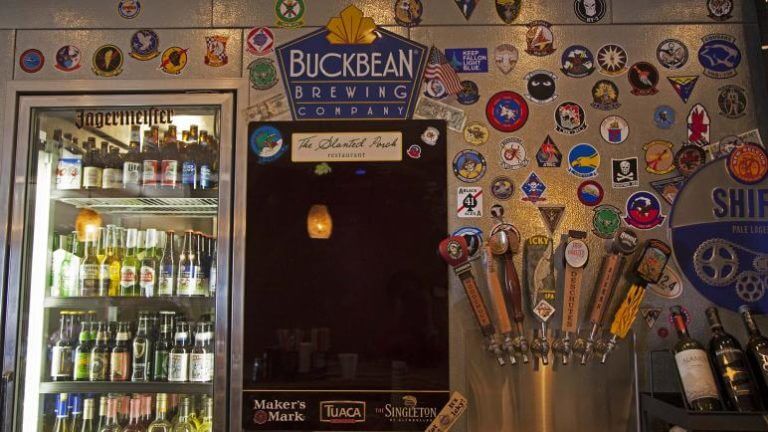 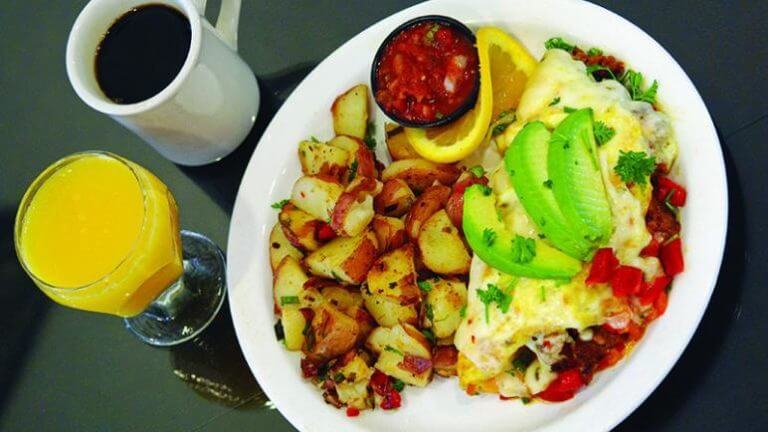 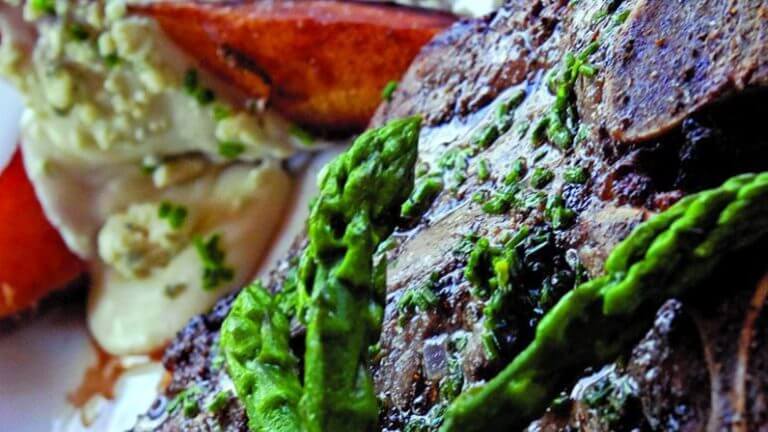