Sometimes, there is no better way to experience the magnificent history of a place, than paying a visit to its historic cemetery. At least, that is certainly the case when it comes to Virginia City’s Silver Terrace Cemetery… a cemetery so elaborate, it became known throughout the American West, and continues to be one of the most visited locations in Comstock to this day. During the Comstock Bonanza, there weren’t many things Virginia Cityites did modestly, everything was over the top opulent, showboating the wealth oozing out of the surrounding hillsides. They lived life here fast and hard, ushering in luxuries most other 1860s-era communities could only dream of… both in life, and in death.

Between the harsh weather, dangerous working conditions that employed the majority of the population, and the handful of other 1800s era obstacles like disease, life on the Comstock was not easy and led to a pretty short life expectancy. As the population swelled when people from all over the world flocked to Virginia City in hopes of grabbing onto their American Dream, the need for a permanent cemetery became glaringly obvious. 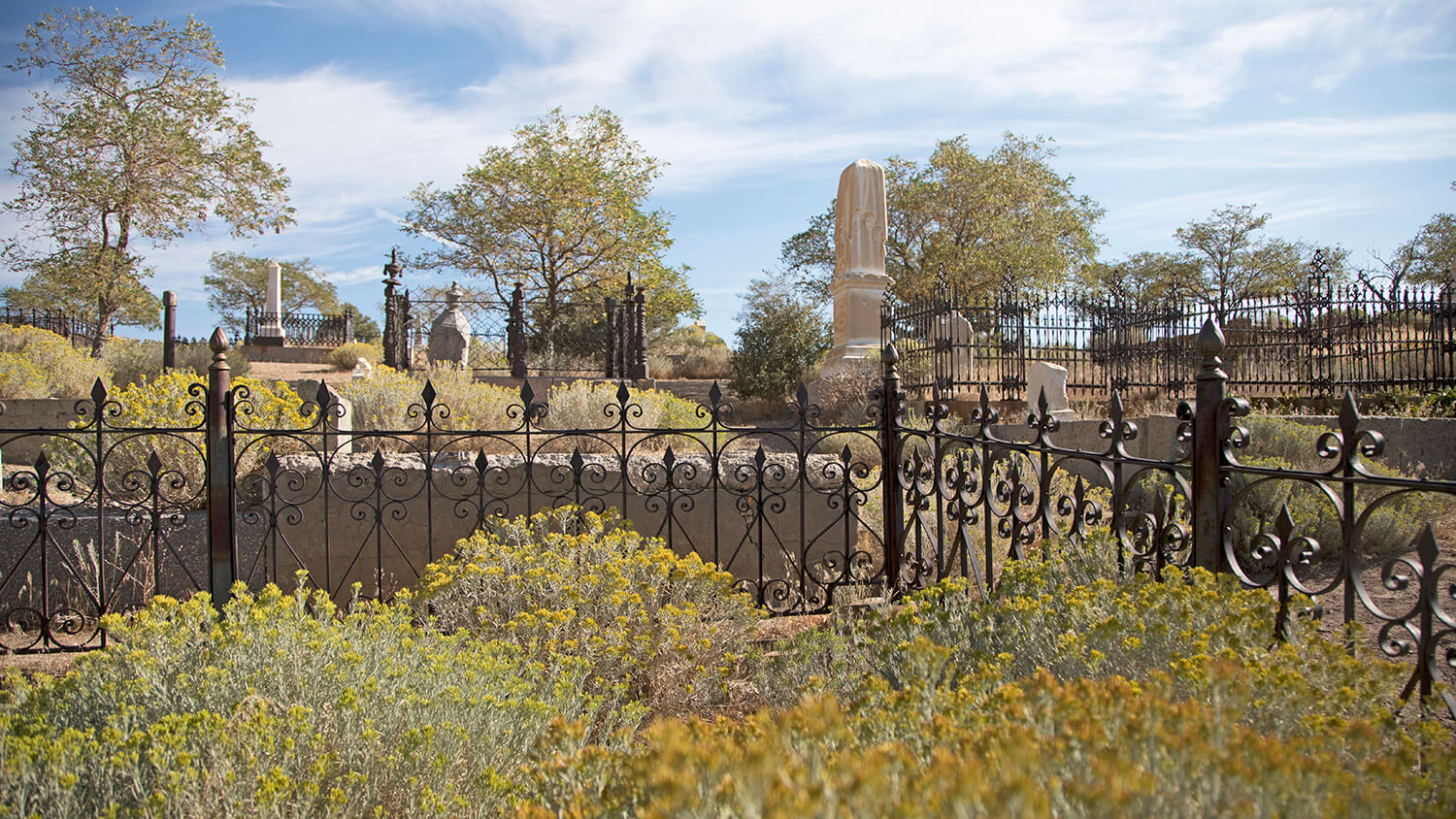 More than a dozen smaller cemeteries further away from downtown Virginia City, along with several plots in Gold Hill sprung up first, before the official city cemetery was established on the north end of town: The Silver Terrace Cemetery. During this era, it was not uncommon to create separate plots for the various walks of life, segregating races, class levels, fraternal organizations and more. The Silver Terrace Cemetery does just that, housing plots devoted to the Masons, Pacific Coast Pioneers, Knights of Pythias, Virginia City Firemen, Wilson & Brown, Improved Order of the Redmen, Roman Catholic and more.

Those calling Virginia City home certainly had a way of doing it up big, a characteristic that even managed to follow them into the grave. The Silver Terrace Cemetery had features most businesses and homes didn’t, including elaborate fencing, and exotic greenery unfit for the high desert. Tales of Japanese Cherry Blossom trees and other improbable flora were said to have lined the cemetery, and nearly every plot is fenced or bordered… a common practice and sure sign of the Victorian period. And of course, the headstones themselves are a thing of beauty, made from the finest supplies available, like Italian marble, other cut stone, wood, and metal. 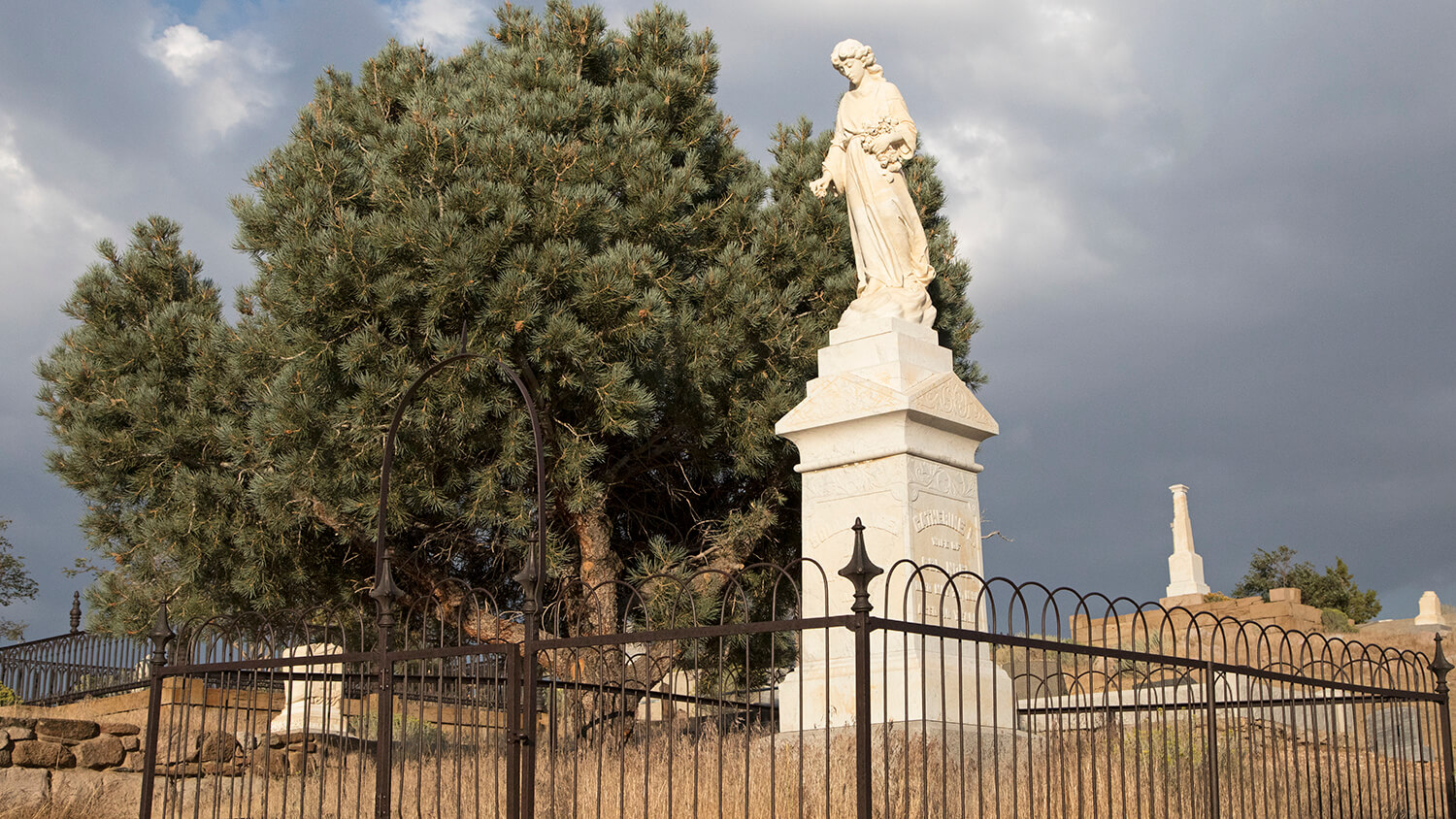 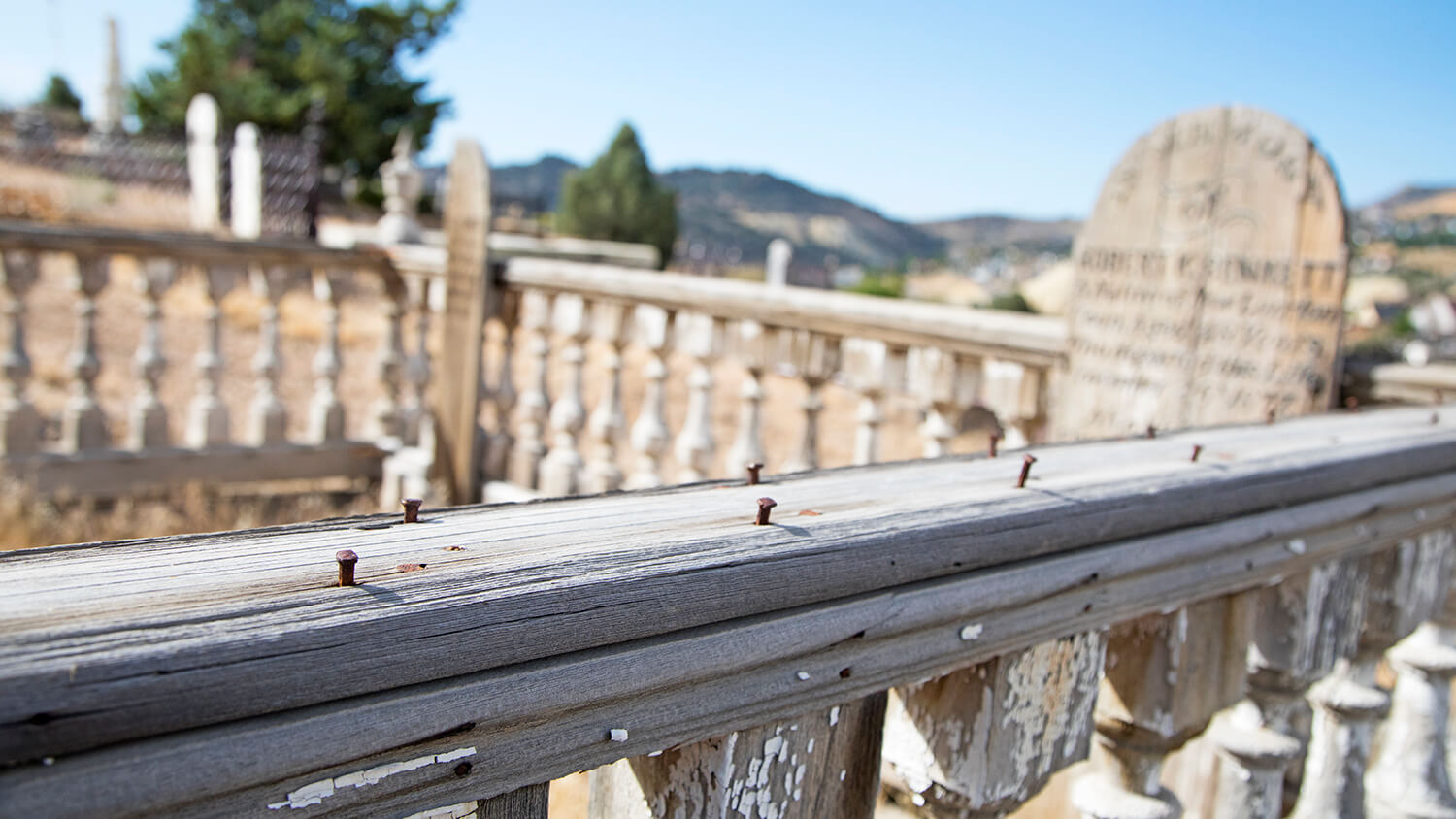 Very few of the adults entombed here are native to Nevada, which offers a window into the cultural melting pot that was drawn to the glamour of the largest silver strike in U.S. History. Most of who worked the Comstock were immigrants. That, and the majority of the grave sites at Silver Terrace date before 1920, which is a mind-melter in itself. Perhaps the most fascinating is this: nobody famous is buried here, just those who devoted their lives to developing Comstock Lode, and enough to satisfy their own goals and dreams. 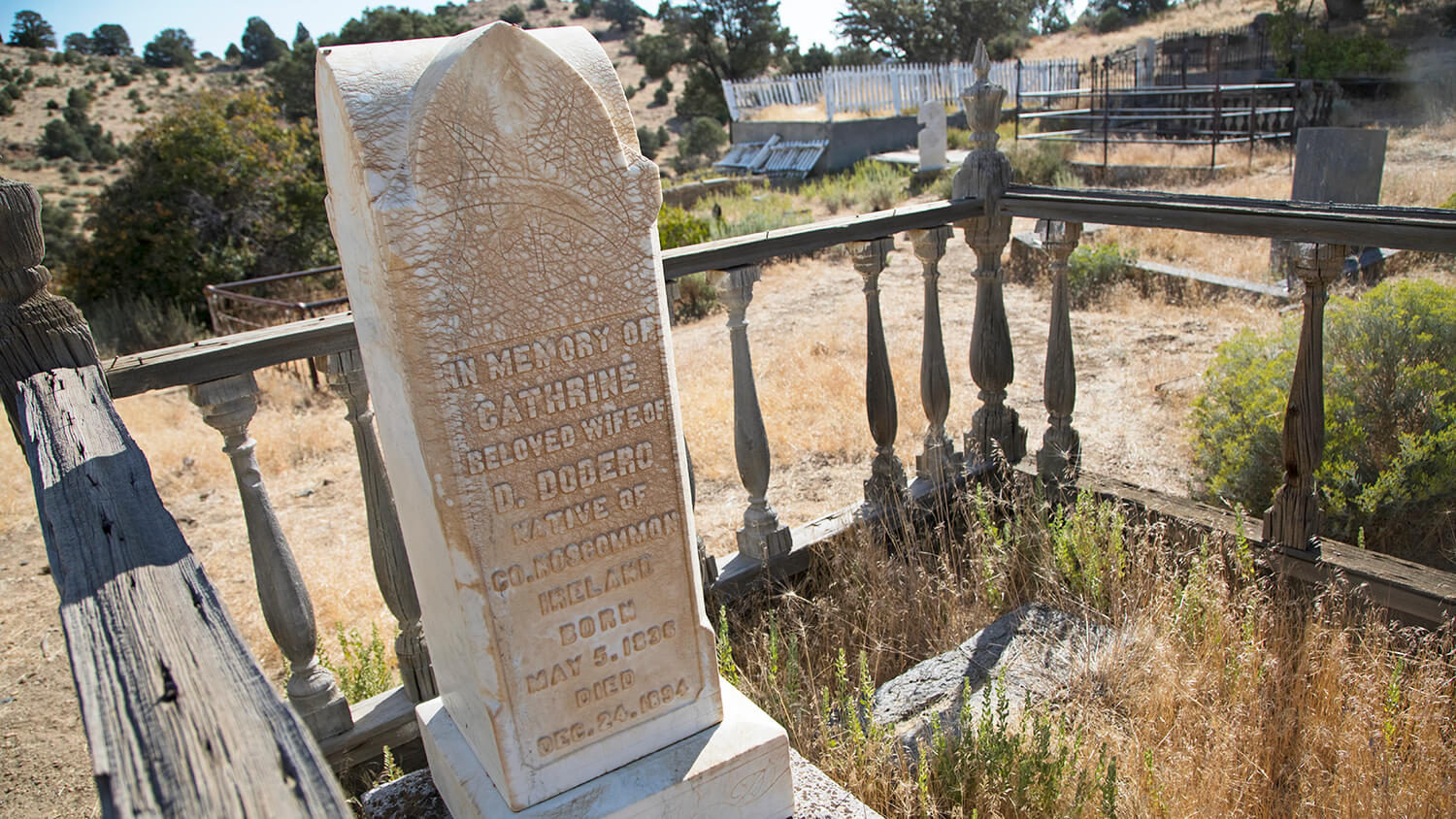 Admission to the Silver Terrace Cemetery is free, though this unique window into the past depends on donations. During the 1960s, Father Meinecke of Saint Mary in the Mountains Catholic Church had the foresight to begin making efforts for historic preservation at the cemetery. Later, the Comstock Cemetery Foundation was created, and has been working to preserve, maintain and combat vandals at the grave sites within Silver Terrace since. Visitors are encouraged to make a donation, which helps with preservation efforts, and supports future additions to the growing property. You can make a donation by dropping cash in a collection box at the gate entrance, contribute by visiting the Comstock Cemetery Foundation website, or best yet: by purchasing a bottle of Cemetery Gin. As the official spirit of Virginia City, this locally made (and damn good) gin gives $1 for every bottle sold to preservation efforts at Silver Terrace. 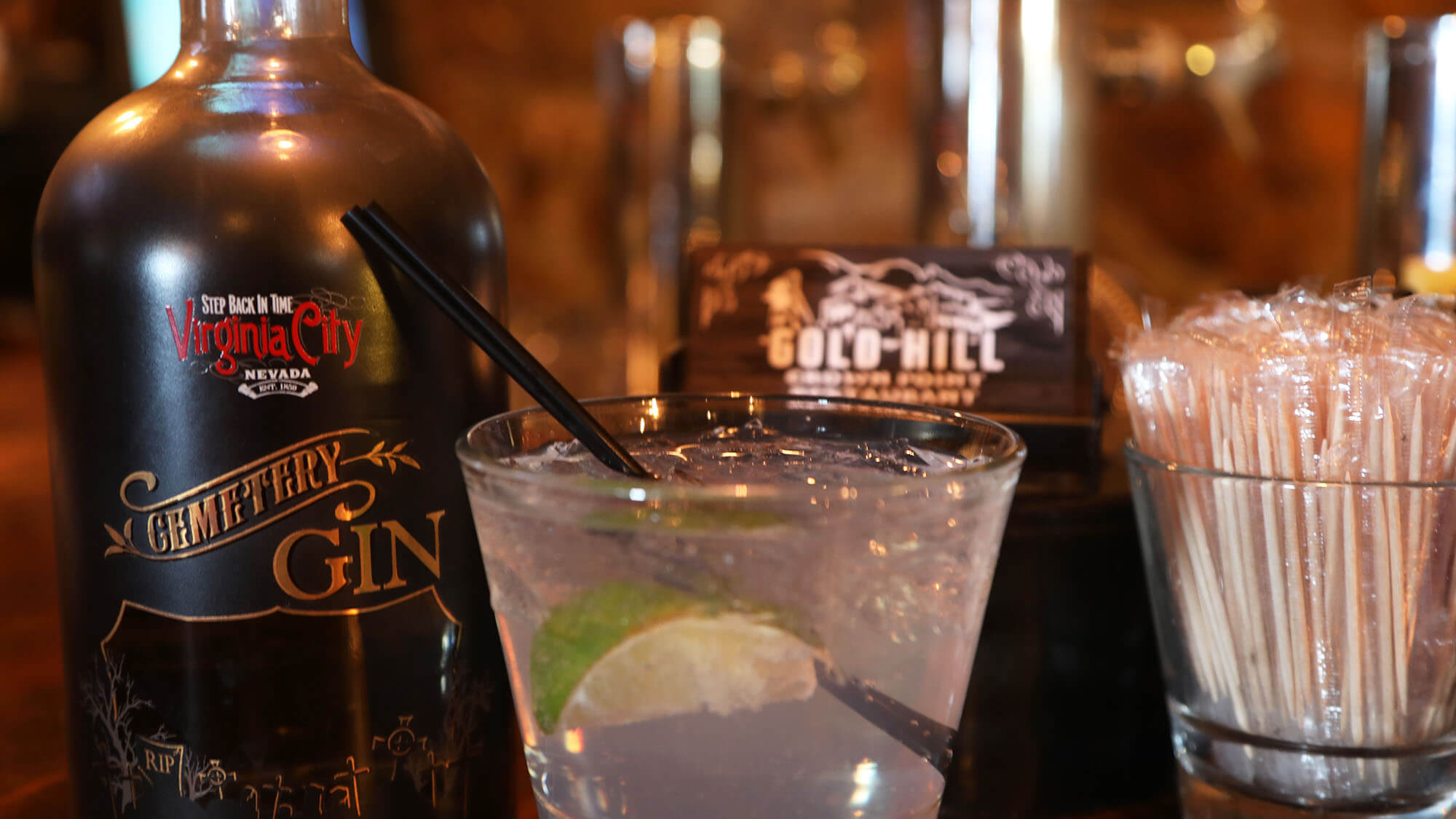 The Silver Terrace Cemetery is open year round, from sunrise to sunset. Trespassing is taken very seriously; please be respectful of permissible hours and respect your United States history. 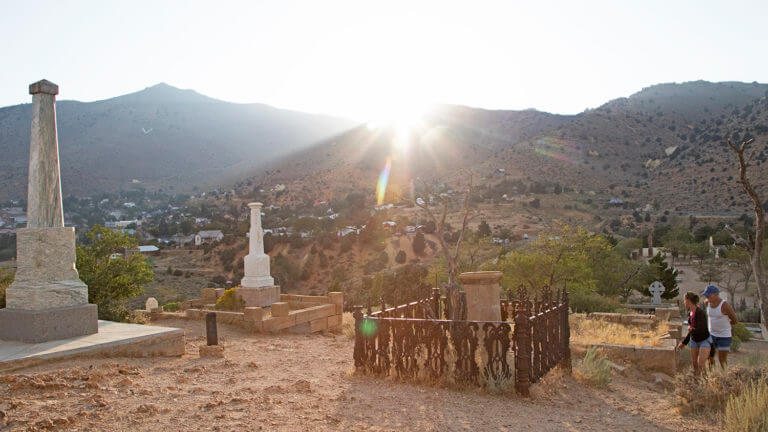 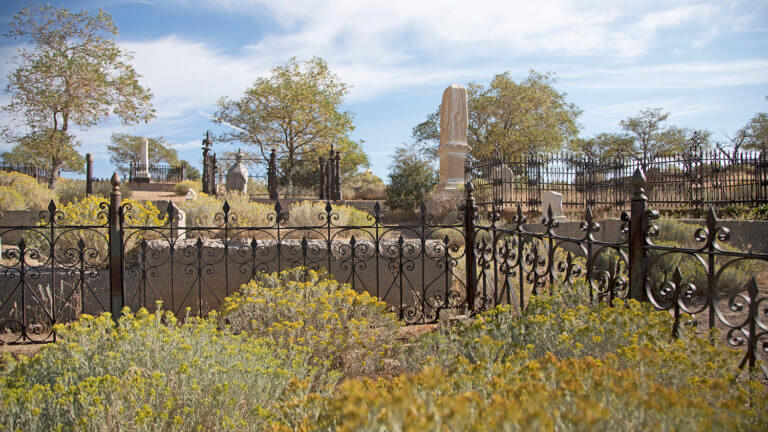 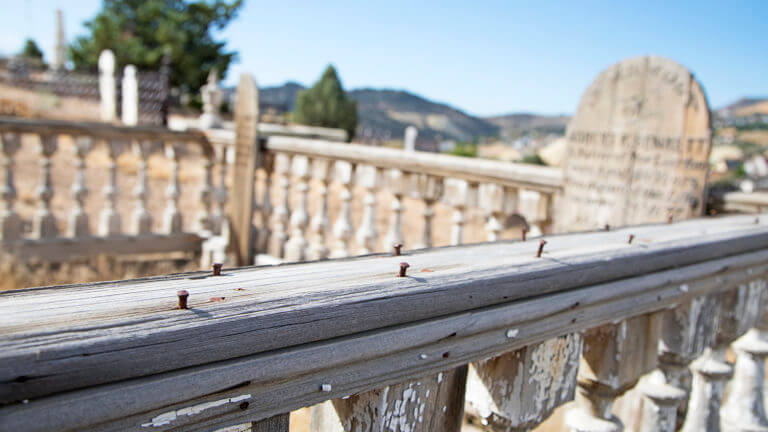 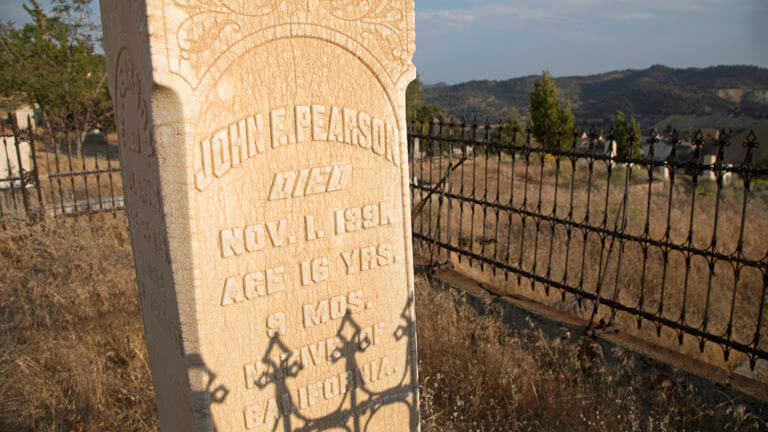 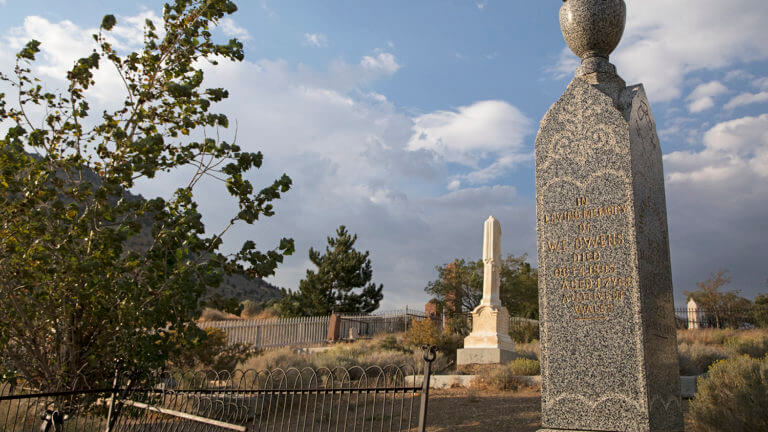 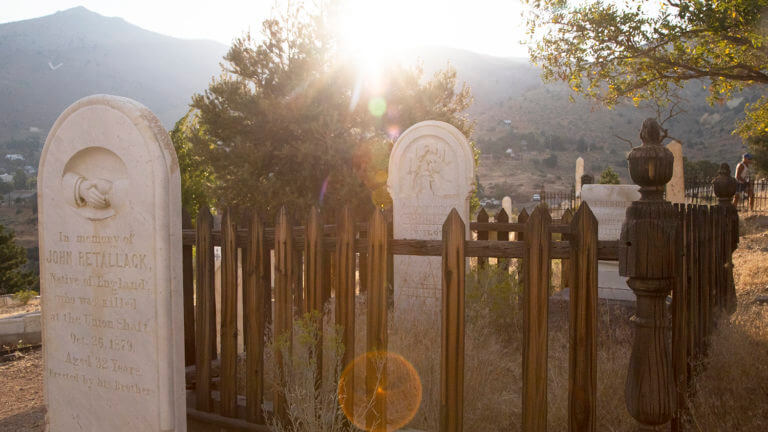 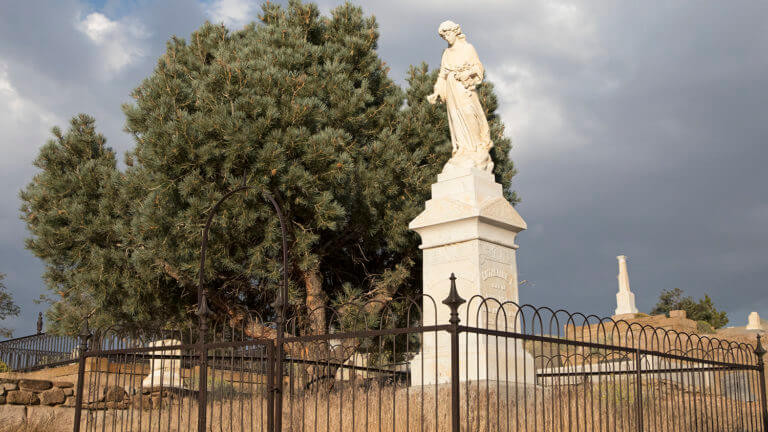 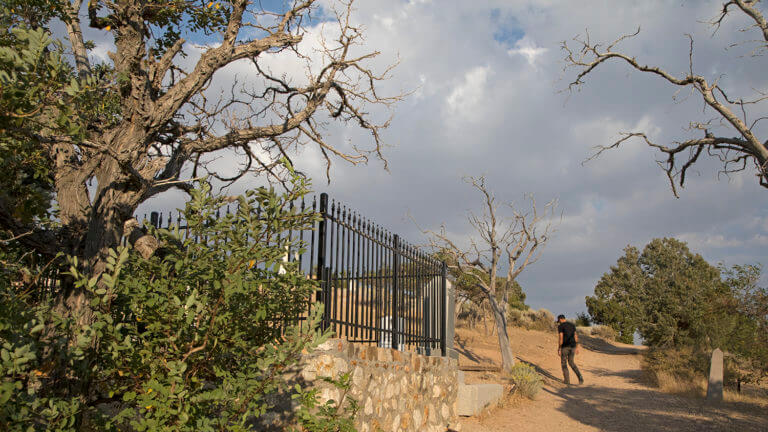 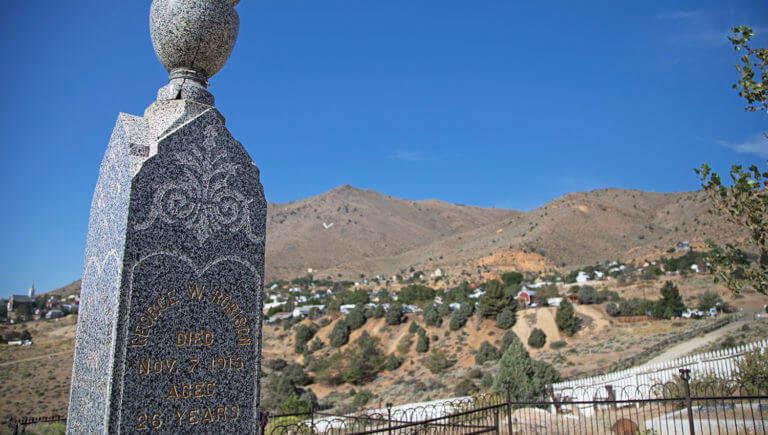 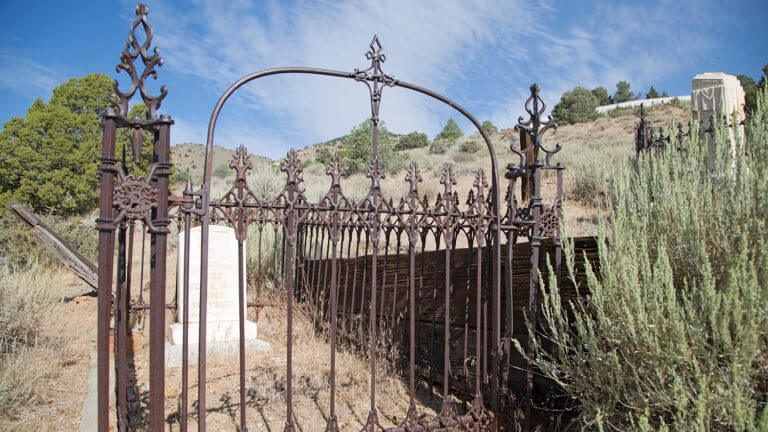 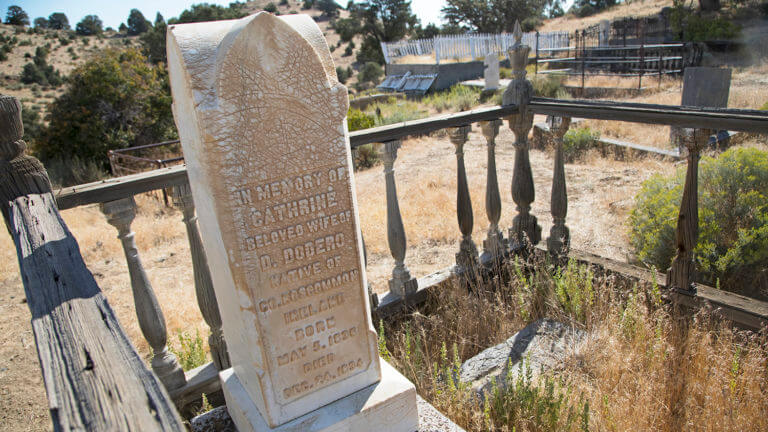 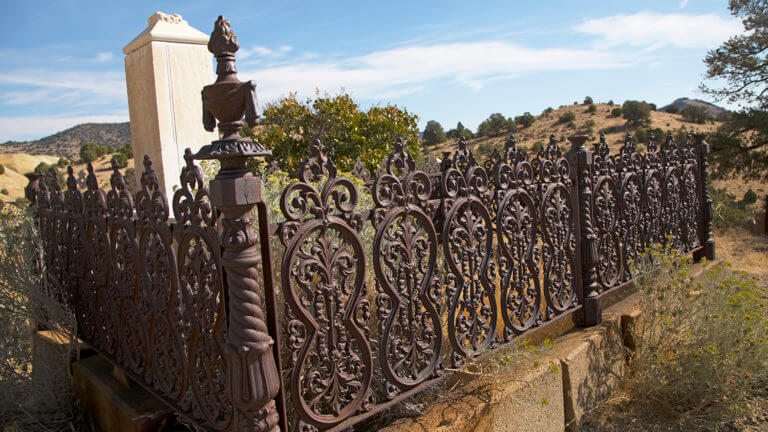 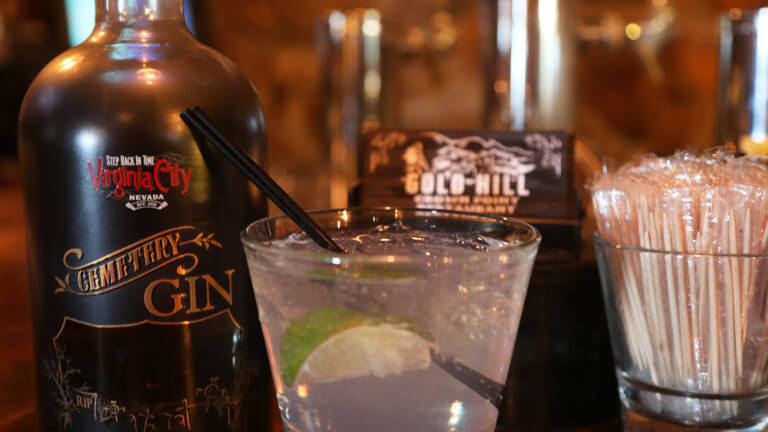