The Bucket of Blood Saloon has proudly been serving ‘em up since 1876, and never looked back. Despite the sinister name, the Bucket of Blood couldn’t be more charming. The building you see today was built in 1876, following the Great Fire of 1875 that destroyed most of Virginia City. The business that originally stood in this location was completely leveled, and it wasn’t until recently that archaeologists made an amazing discovery.

The Bucket of Blood has been part of the Virginia City scene since silver was first discovered here back in the 1850s. But it wasn’t until nearly 150 years later in 1997, when historians realized the Bucket of Blood was constructed over the top of the remnants of the Boston Saloon—the only black-owned western saloon of the era, which itself helped Virginia City secure its designation as a National Historic Landmark. Despite a treacherous fire that destroyed the entire town, along with 100+ years of decay, remnants of the Boston Saloon have managed to survive beneath the Bucket of Blood. That being said, anyone who visits the Bucket of Blood Saloon has the satisfaction of visiting two historic saloons important to the Virginia City story. The building has gone through several renovations since 1876, but it, like many of the other historical buildings in downtown Virginia City, survives as a living piece of history.

In June 1931, right before the Great Depression, Versal McBride purchased the Bucket of Blood Saloon. In the generations since, the bar has continued to be owned and passed down through the family, continuing the McBride and Sons story. What began as a small bar with only 12 bar stools has grown into one of the most historic and iconic bars in all of Nevada.

Visiting the Bucket of Blood Saloon

Patrons will enjoy much more than their favorite libation after transporting back in time and into the days of the Comstock inside the Bucket of Blood, where history lessons and tales of times past flow like the waters in the flumes that carried Lake Tahoe timber toward their destination in Virginia City’s famous mines. Most weekends, you can enjoy live music from local country stars David John and the Comstock Cowboys, the official house band of the saloon, and a regional favorite. Grab a signature Bloody Mary and some fresh popcorn, admire the unmatched Hundred-Mile View over Six Mile Canyon, and kick back to the sounds of the Old West in the Old West.

Although hours can vary, you can visit the Bucket of Blood Saloon in Virginia City seven days a week from 9:00 AM to 8:00 PM. 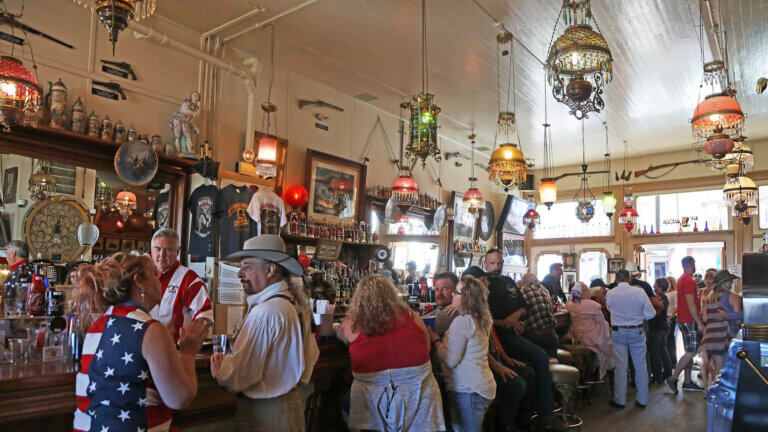 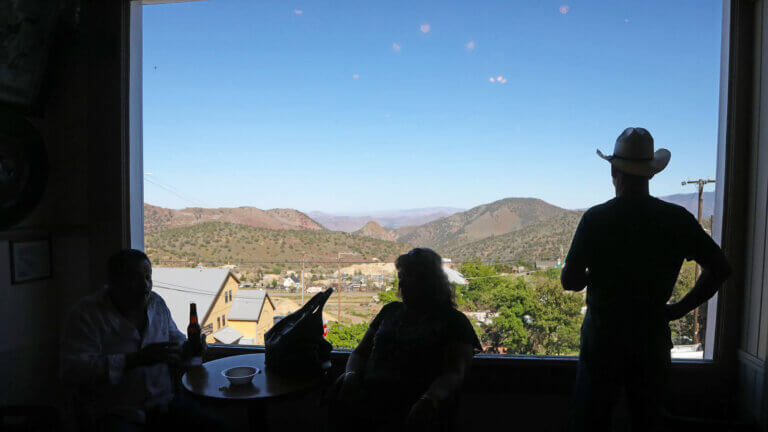 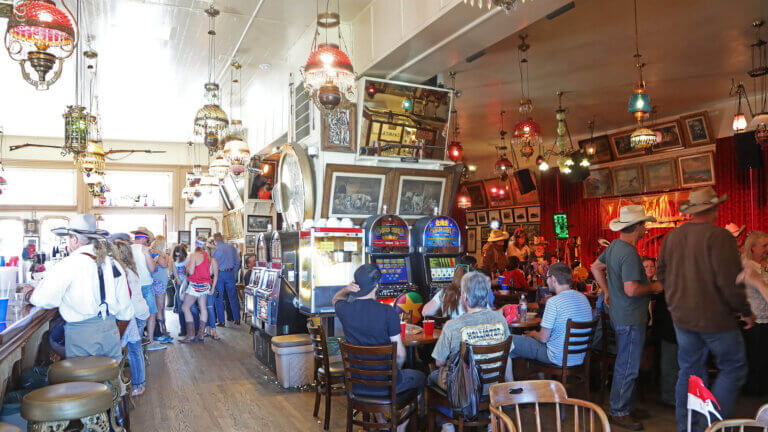