One of Nevada’s many premier mountain biking destinations is found at Bootleg Canyon, about 45 minutes from the Las Vegas Strip and mere minutes from Historic Boulder City. As you might imagine, the area was known for bootlegging liquor back in the Prohibition Era, but today? Today it’s a renowned network of 9 downhill and 15 cross country trails, and considered to be one of the best Mountain Biking spots in the nation. Masterminded by Brent Thomson, Bootleg Mountain Bike Canyon Trails was ranked as an “Epic Ride” by the International Mountain Bike Association… a designation given to only 17 other locations in the world. Bootleg is one of them.

Bootleg is rideable year round, though super hot and not recommended during the summer months, as temperatures creep well above the 100 degree mark. When planning your trip, take advantage of the most enjoyed seasons, which are late spring and early fall. Bootleg is BLM land, so primitive camping is permissible in the area. The closest established campgrounds are just down the street at Lake Mead National Recreation Area, too.

Boulder City is 20 miles southeast of Las Vegas on U.S. 93.From Las Vegas, head south on Highway 93/50 toward Boulder City and Hoover Dam. The highway will turn into a regular road as it enters Boulder City limits. Keep an eye out for Yucca Street, and make a left hand turn (so you’re headed north.) Follow Yucca until you reach a Bootleg Canyon Mountain Biking Trails parking area. 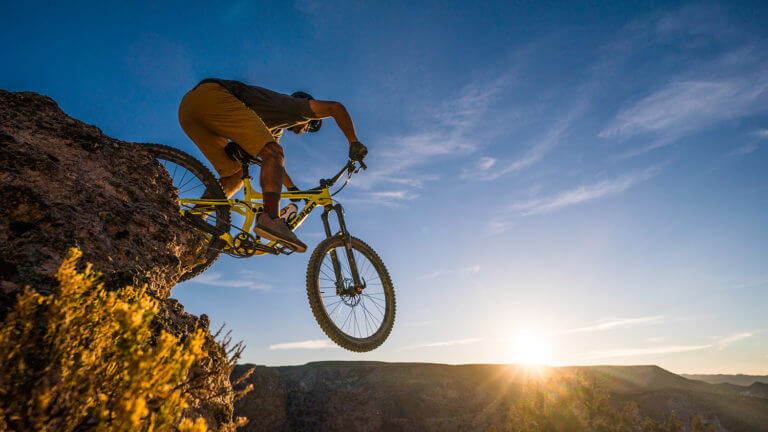 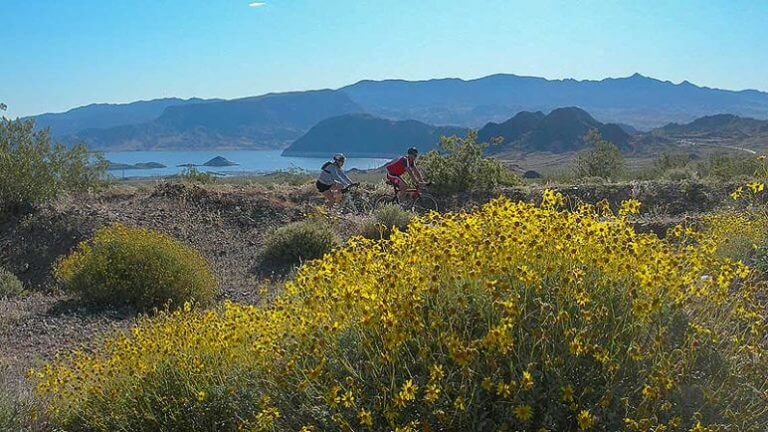 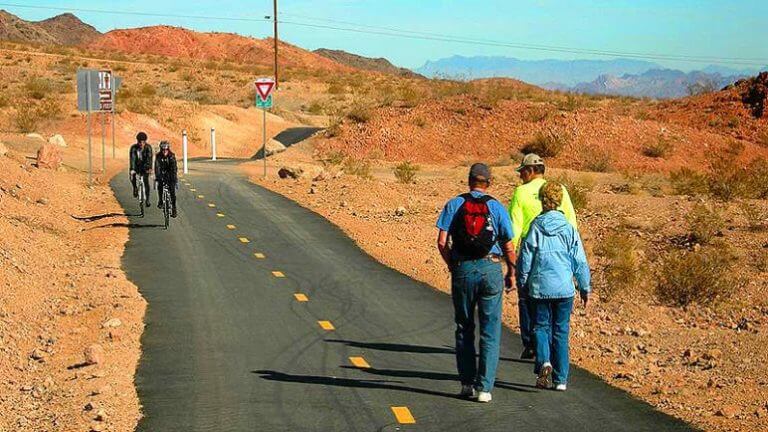