Imagine what it must’ve been like to jump in your 1930s Lincoln Roadster and cruise deep into the alluring Mojave Desert night. The remote mystique of the southern Nevada desertscapes are exactly what captured the attention of Hollywood stars Rex Bell and Clara Bow in early 1930s, who craved solitude and a way of escaping the rat race.

Rex Bell and Clara Bow were some of the biggest film actors of the 1920s and 30s. Rex Bell acted in a variety of films, but soon earned a reputation of starring in roles he had a personal affinity for: Westerns. By the late 1920s, Rex Bell went on to act as the lead in many westerns, like The Cowboy Kid, Battling with Buffalo Bill, The Man from Arizona, Tombstone, and Lonestar. Bell married Clara Bow in 1931, who had earned the reputation of “The It Girl” in Hollywood. She earned her success in the silent film industry initially before transitioning to “talkies”, or films with audio capability. Typically playing characters who embodied sexuaility or broke traditional gender roles, Bow became one of the most famous celebrities of her time and even inspired the still-famous Betty Boop cartoon character.

Both of their careers took off in a way they couldn’t anticipate. In the height of her career, Clara Bow was rumored to have received 45,000 fan letters in one month! Escaping to solitude became more and more attractive to the pair, especially if it meant really living out the roles Rex had already been playing and truly cowboying. In 1931, the couple left for the then small town of Las Vegas, which only had a population of 2,000 in the early 1930s, got married, and retreated to a 400,000 plot of land just outside Searchlight on the Joshua Tree Highway.

Together, Rex and Clara retired from the film industry and established the Walking Box Ranch, which they named after Hollywood box cameras, the type the followed the Bells throughout their careers. The Walking Box brand can be found throughout the property, like on gates and imprinted in cement, so be sure to keep your eyes peeled when visiting. Considering they were some of the famous actors of their time, their home soon became the most famous ranch in the state of Nevada, attracting other Hollywood icons, otherwise known as their close friends. The Walking Box Ranch was an escape they all craved and could achieve, and the ranch soon became a regular hangout for Clark Gable and Carole Lombard (before her tragic 1942 demise, anyway), along with Errol Flynn, Lionel Barrymore, John Wayne and even Clint Eastwood in his early years.

Rex and Clara lived at the Walking Box Ranch for many years, where they were perfectly content with cowboying for real, tending to elaborate rock and cactus gardens, and drinking in every minute of silence they had created for themselves in their “Desert Paradise.” Here, they raised two sons, Rex Jr. and George.

The Rock Springs Cattle Company purchased the home, followed by The Nature Conservancy. Then Las Vegas Gaming Investments took over, and today, the Walking Box Ranch is co-managed by the University of Nevada, Las Vegas and the Bureau of Land Management. Though many original elements have remain intact, the BLM sunk a considerable amount of money into historically preserving the property upon ownership in 2005. By 2009, the Ranch was added to the National Register of Historic Places and is a tremendous example of Spanish Colonial Style.

The Ranch, located along the Joshua Tree Highway just outside the community of Searchlight, is comprised of four buildings: the main home, a barn, guesthouse or bunkhouse, and cellar. Today, the bunkhouse has been retrofitted as a visitor center of sorts, where visitors can explore the lives of Rex and Clara further and depart for BLM-guided Ranch Tours. Countless original elements remain intact, which makes the property a fun place to explore. Make note of the Walking Box brand, which can be found throughout the property. Peruse the grand living room area, Clara’s private sunbathing deck, or the bar and game room. If only these walls could talk, it’s safe to say they’d have some star-studded stories to tell.

The Walking Box Ranch is available for guided tours by appointment only. For more information about scheduling an appointment and exploring the property, please contact the Bureau of Land Management’s southern office at (702) 515-5354.

Admission to Walking Box is free, though this enriching cultural center depends on donations. These contributions help with establishing the preservation of the property and support future programs and additions. When visiting this valuable historical resource, please consider making a donation! 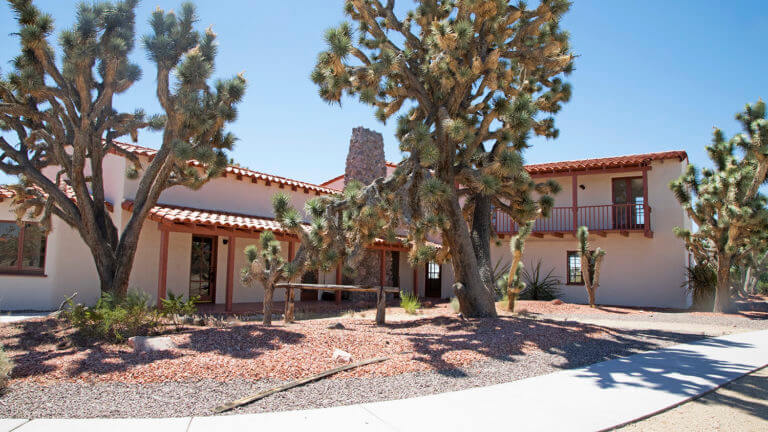 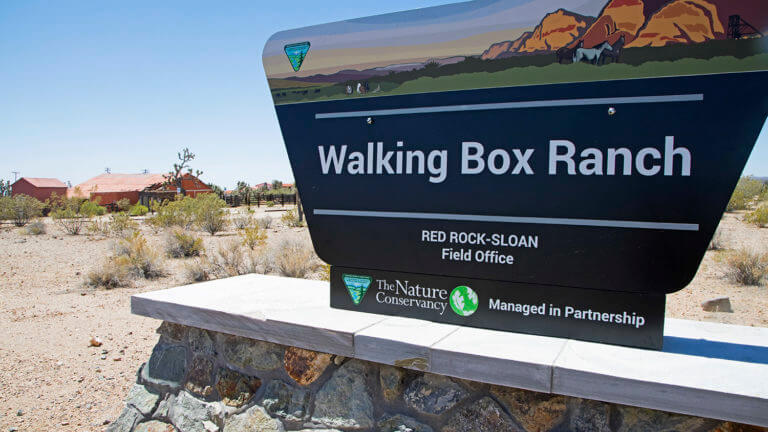 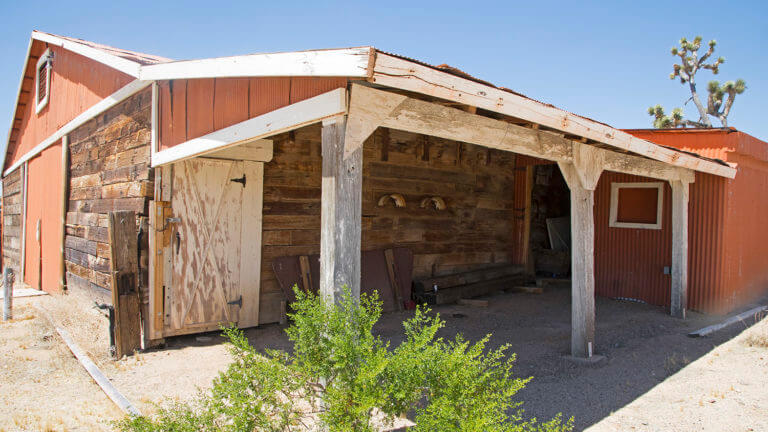 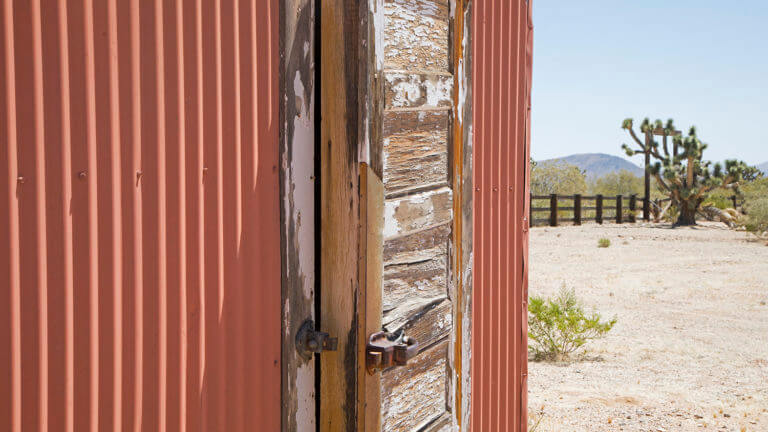 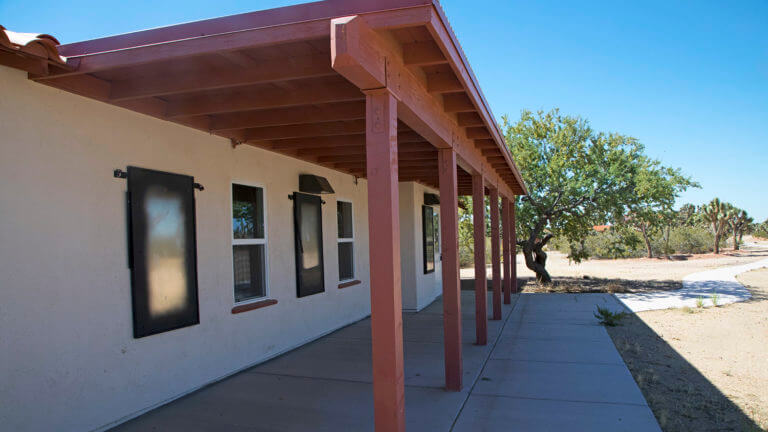 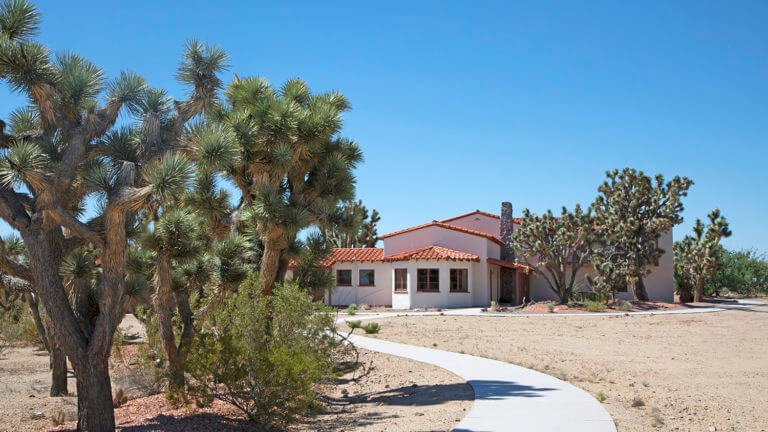 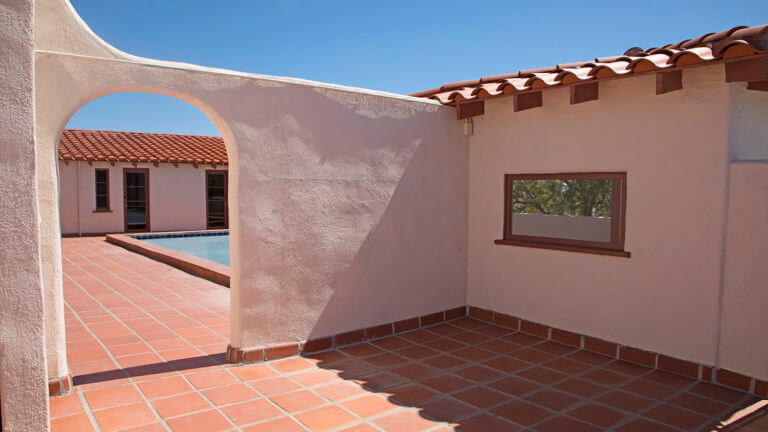 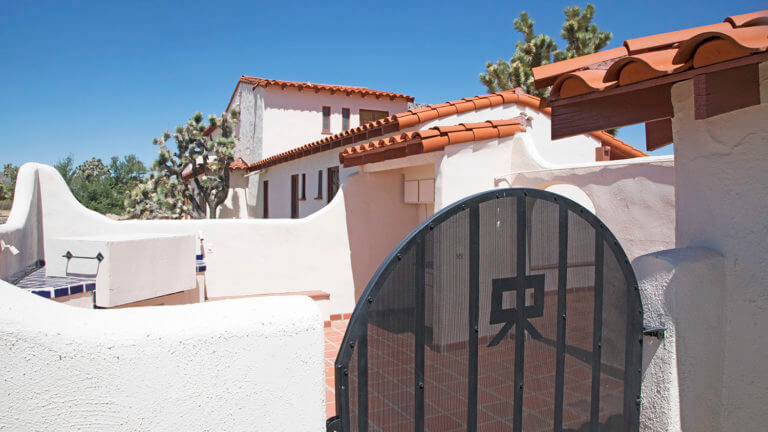 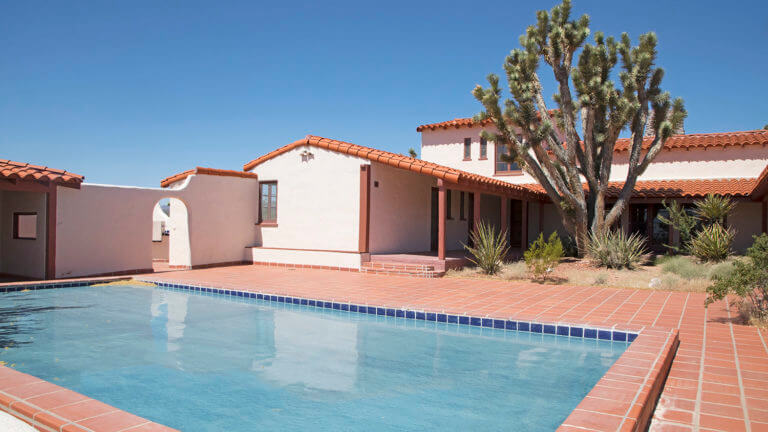 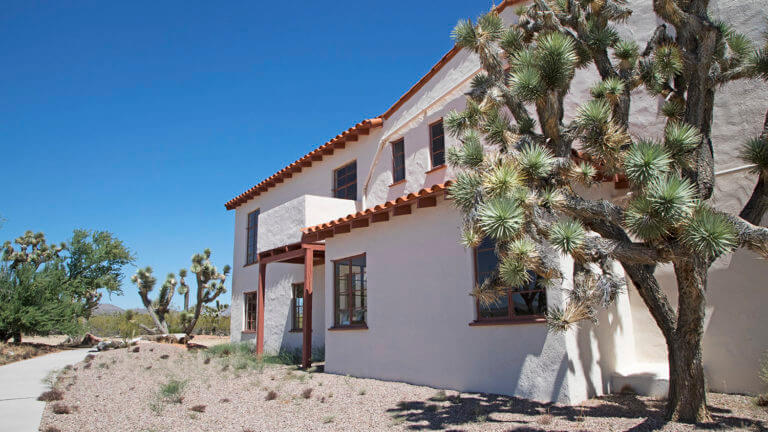 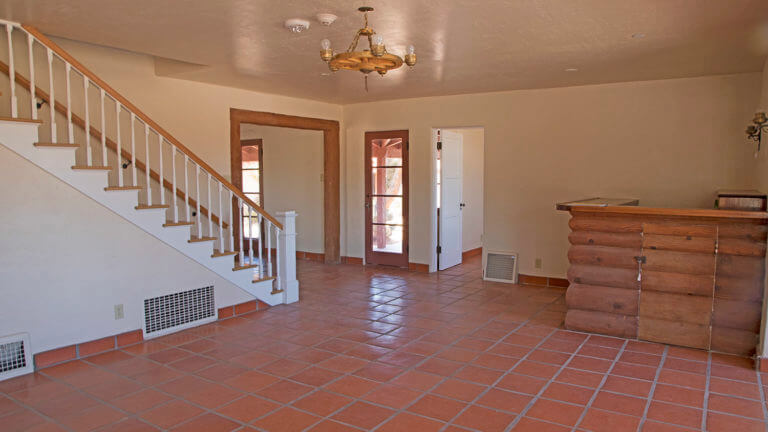 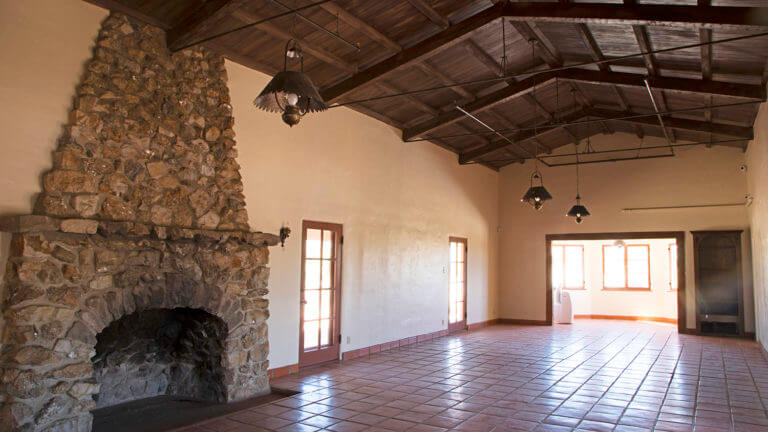 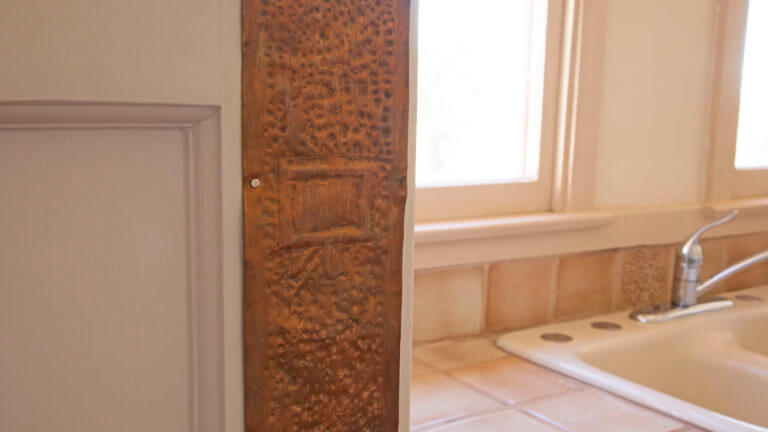 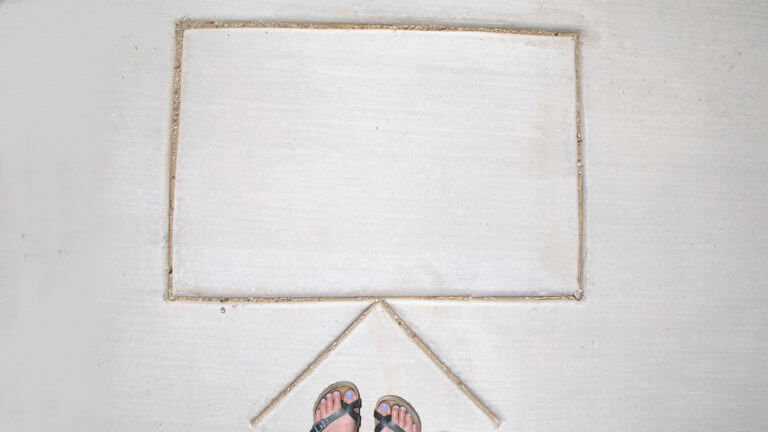 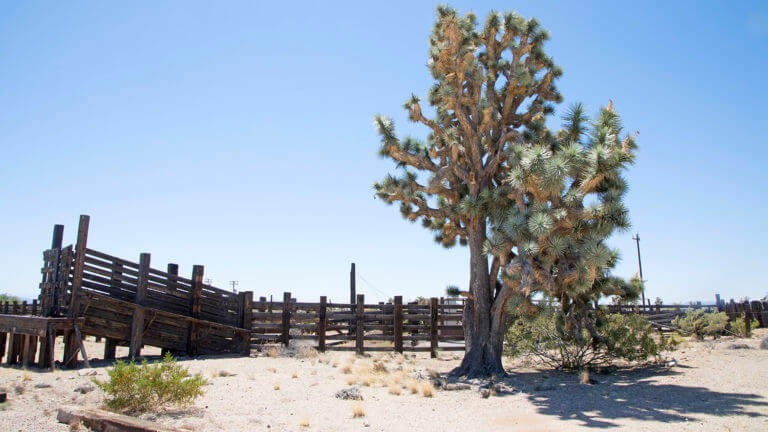 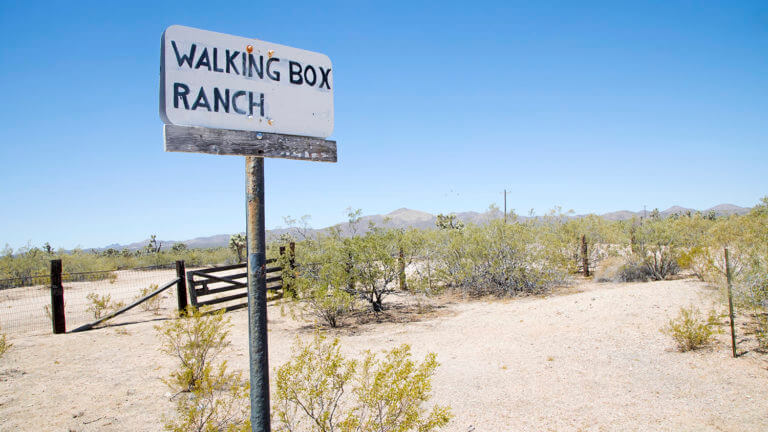