The historic Overland Hotel & Saloon is a prime example of lodging accommodations in the “Old West.” When visiting the quiet community of Pioche in modern times, you’d probably never suspect that this was once one of the richest, remote, rough-and-tumble towns in Nevada and even the American West. So boisterous in fact, that nearly 60% of homicides reported in the entire state during the early 1870s occurred in Pioche. We’re talking full-blown, gun-slingin’ shootouts in the middle of the streets! A whopping 72 people were murdered and buried in the local cemetery before any natural deaths occurred, if that tells you anything. With such a spectacular mining boom, of course a slew of businesses followed suit to cater to the workers, like the Overland Hotel & Saloon.

While you can still visit an actual miner’s abode in the rear of the property today, a Chinese family formerly owned the property that the Overland sits on today in the early 1900s. The Overland originally sat just around the corner from its present location, but during the 1940s a terrible restaurant fire wiped out most of Pioche. The original Overland burned to the ground, but was reconstructed in 1948 in its current location and stands exactly as you see it today. Determined to create a more lasting building, the exterior walls are made up of poured concrete and brick, then covered in stucco.

Despite the fact that this is one of Lincoln County’s most popular hotels today, that wasn’t the only business that ran out of this historic building. When the hotel was originally reconstructed in 1948, the entire bottom floor initially operated as a dance hall and grocery store, and the second floor housed doctors offices and hotel rooms. True to Wild West form, the only part of the Overland Hotel & Saloon that is exactly the same then as it is today is the saloon. Interestingly, the massive cherry wood bar that is in the saloon today was reconstructed after being housed in a bank and brought to the Overland from Kimberly, NV.

Over the years, the doctor’s offices and grocery store relocated or shut down, but the dance hall, hotel rooms and saloon can still be visited and enjoyed today. The current owners, Ron & Candice Mortensen purchased the property in 1996 and have completely renovated the rooms with modern conveniences to make your stay as comfortable and fun as possible.

Staying at the Overland Today

Offering a glimpse back in time with their impressive bar and comfy rooms, this historic property is proud to offer guests a selection of thirteen rooms, which provide something to suit every taste and budget. All rooms are located on the second floor, above the saloon and dance hall. No matter if you select a themed room or a standard, each and every one provides the perfect starting place for an amazing Lincoln County experience and a welcome place to hang your hat after a long day of adventure! Map out your southern Nevada itinerary today and be sure the Overland Hotel & Saloon is at the top of the list! 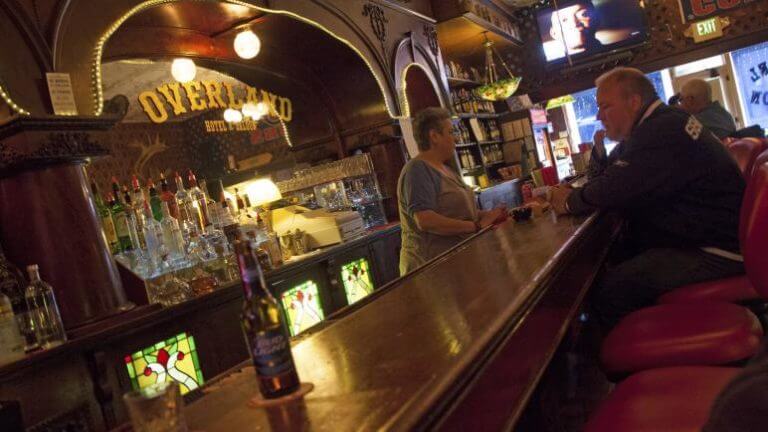 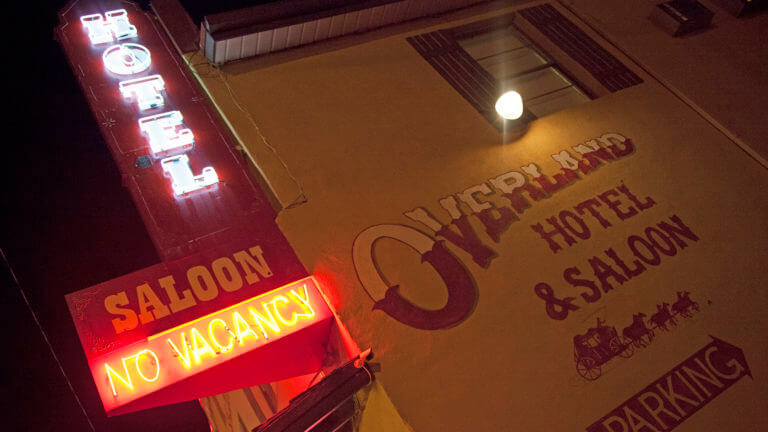 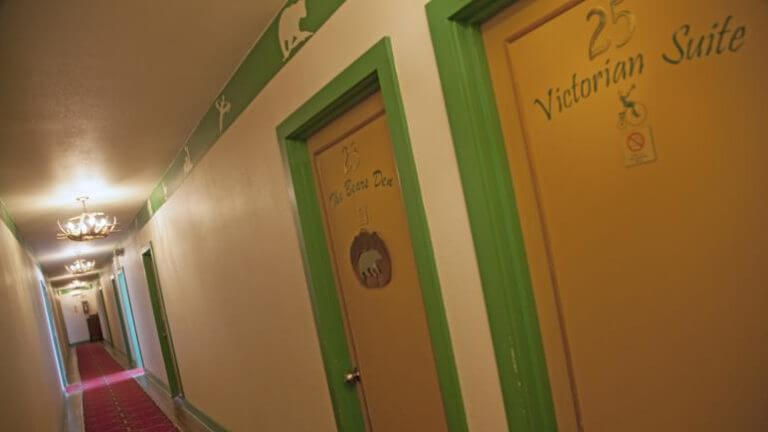 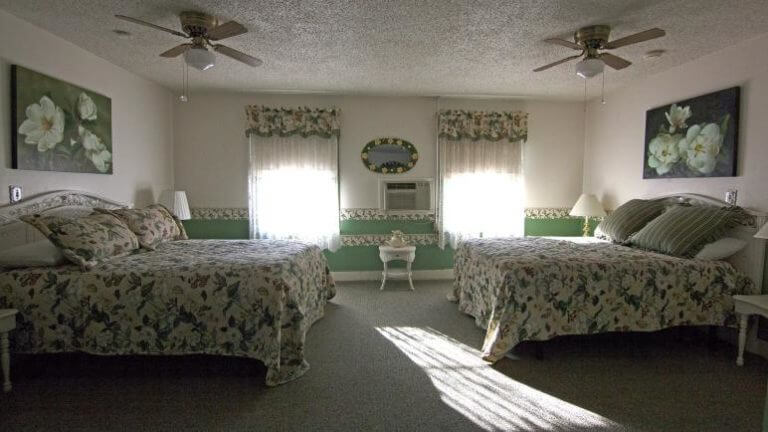 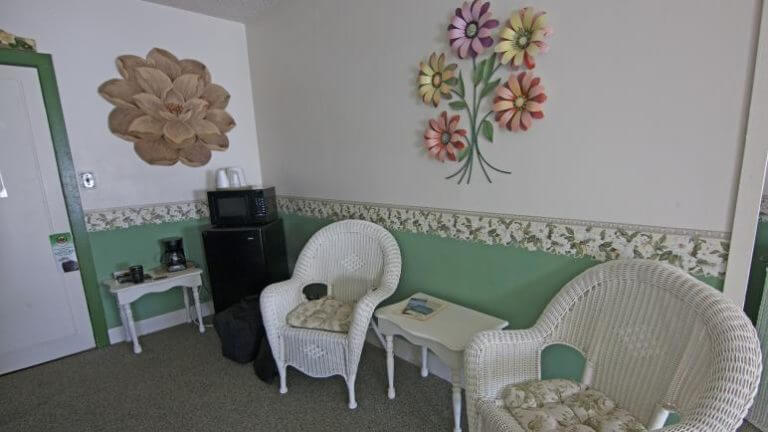 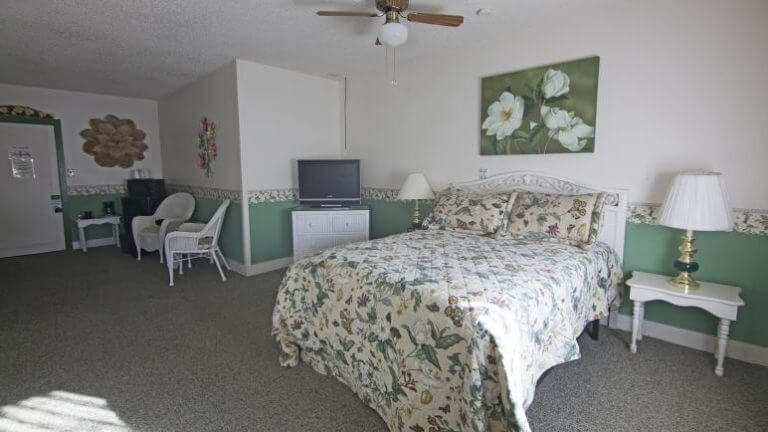 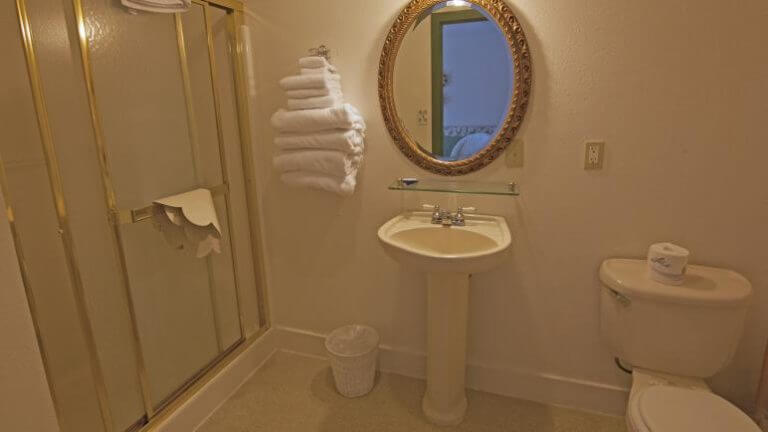 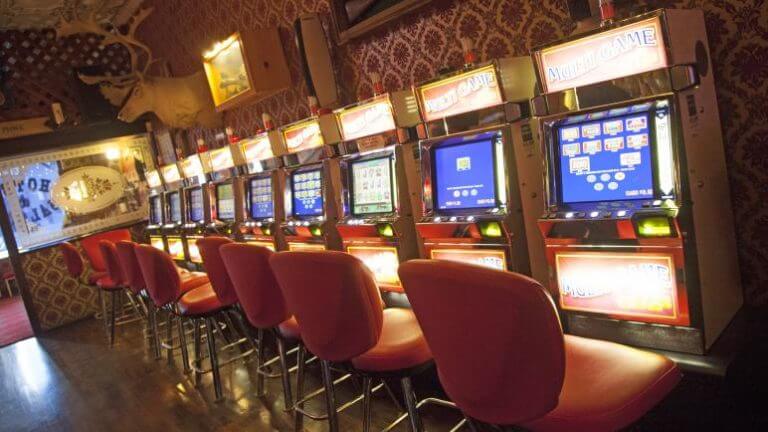 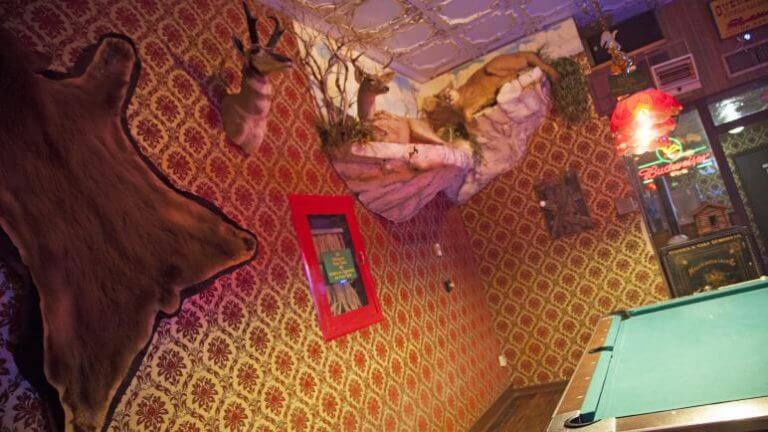