After an unforgettable place to stay while checking out Death Valley National Park? Get Beatty’s Atomic Inn on the agenda. Interestingly enough, the hotel was originally constructed in 1980 to accommodate defense contractors and military personnel working with the Ford Aerospace Corporation who worked at the nearby Nellis Air Force Base. Home to top-secret operations and aboveground nuclear bomb test sites, the area has continued to draw interest for decades.

As atomic bomb testing was occurring close by, the hotel changed its name from the Lori Motel to the Atomic Inn and has been a popular Death Valley motel choice since. While the hotel has been retrofitted with modern luxuries, there is still a definite nod to this fascinating retro pop culture. Best yet, the Atomic Inn continues to be one of the most affordable hotels in the Beatty area. This one is a no-brainer…make sure it’s on your next itinerary to southern Nevada! 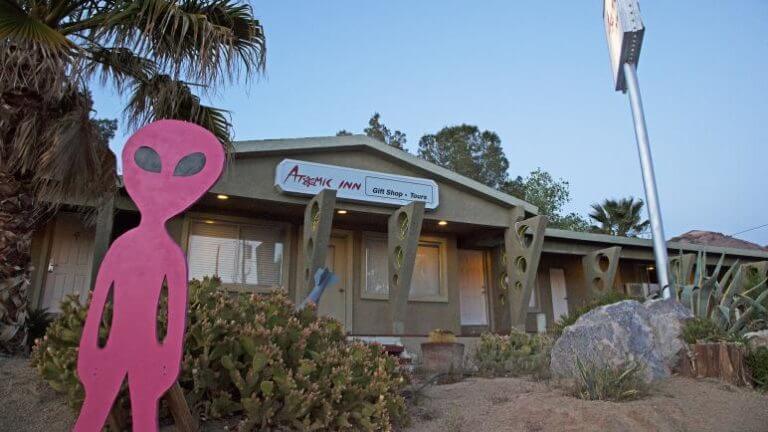 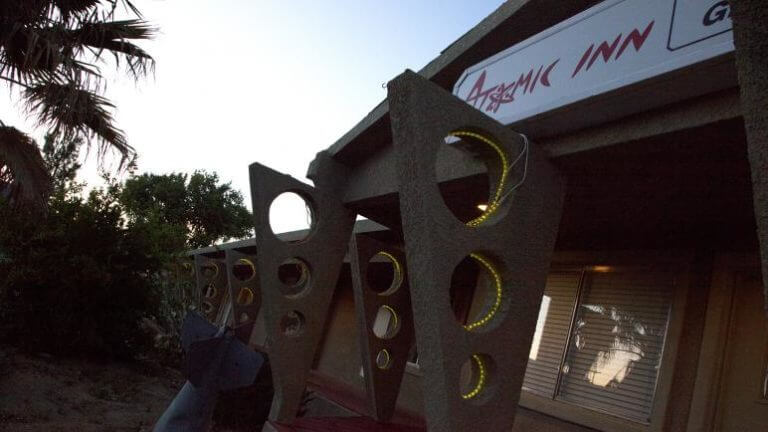 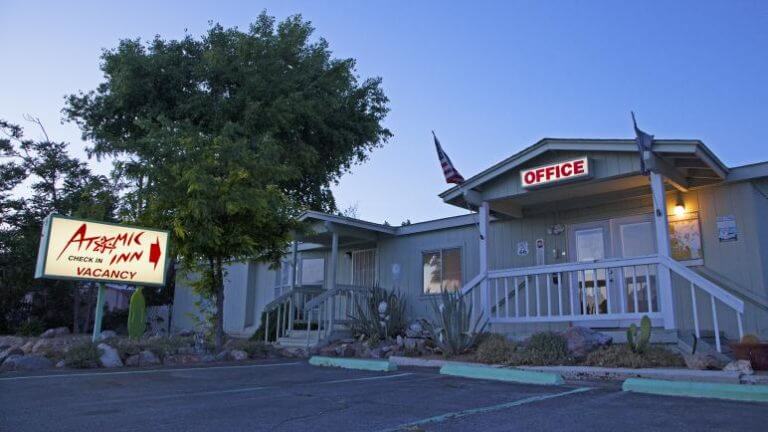 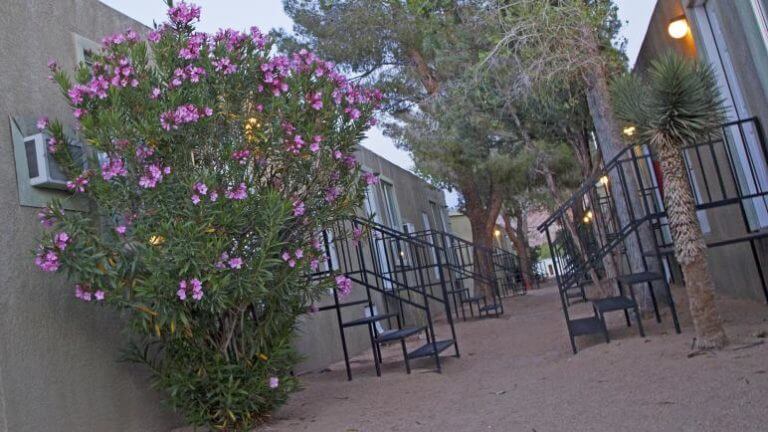 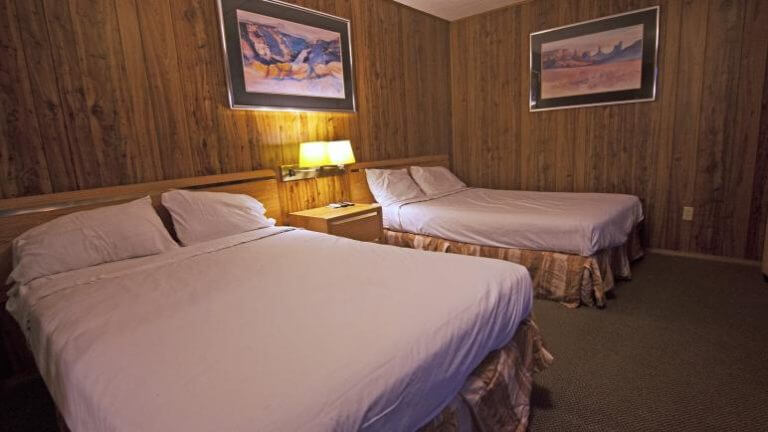