Often referred to as the “Gateway to Death Valley,” Beatty is the perfect place to hang your hat and restock on some vital supplies before entering this fascinating National Park, or exploring some interesting southern Nevada landscape. That, or spend the day exploring fascinating pockets of Nevada's past in town, or dive into some impressive ghost towns, just on the outskirts of Beatty.

Often referred to as the “Gateway to Death Valley,” Beatty is the perfect place to hang your hat and restock on some vital supplies before entering this fascinating National Park, or exploring some interesting southern Nevada landscape. Only seven short miles outside Death Valley National Park, the small rural town of Beatty was founded in 1904 as part of the Bullfrog Mining District, and today offers a refreshing respite from the surrounding Mojave Desert. This quiet community features popular attractions like Bailey’s Hot Springs and the Beatty Museum, home to fascinating relics, books and photos from the town’s mining heyday many years ago. Interestingly, the hot springs are on the site of the town’s former railroad depot and feature private antique bathhouses, a relaxing, Only-in-Nevada sort of experience.

With enough amazing things to keep you interested in Beatty, like the zany Atomic Inn, Sourdough Saloon or Death Valley Nut & Candy Company, the town is most certainly known for its close proximity to Rhyolite. Arguably one of the most photographed ghost towns in the American West, Rhyolite is a relic of the boom-or-bus era of the early 1900s and was also apart of the Bullfrog Mining District. The discovery of gold put this now-abandoned town on the map as it reached its peak in 1907 with a hard-to-imagine 10,000 residents. But, ending just about as quickly as it began, the town began to crumble when the mines dried up and infrastructure-related issues linked to the San Francisco Earthquake occurred, forcing residents to move on to more prosperous communities. Today, all that remains in this intriguing area are stone and wooden ruins of the former bank, train depot and other town structures like the miner’s union hall. A particularly interesting structure to check out is the Tom Kelly Bottle House, constructed with a whopping 30,000-50,000 glass bottles.

When nearing the town of Rhyolite, ghostly white forms and brightly painted sculptures will be impossible to ignore. This is the Goldwell Open Air Museum, an art gallery of sorts that has astonishingly withstood the harsh Mojave Desert elements for over 30 years, and is open for your enjoyment. Peruse these interesting sculptures which each represent a portion of the town’s history—even the penguin chasing the miner.

Back in Beatty, you’ll find a selection of motels, hotels and RV parks to rest your feet after an afternoon adventuring the area’s attractions. The town also plays host to annual events like the Rally the Valley Motorcycle Run and Rhyolite Resurrection Festival. The beloved Beatty Days celebrate the town’s heritage with a parade, games and events music and tons more. 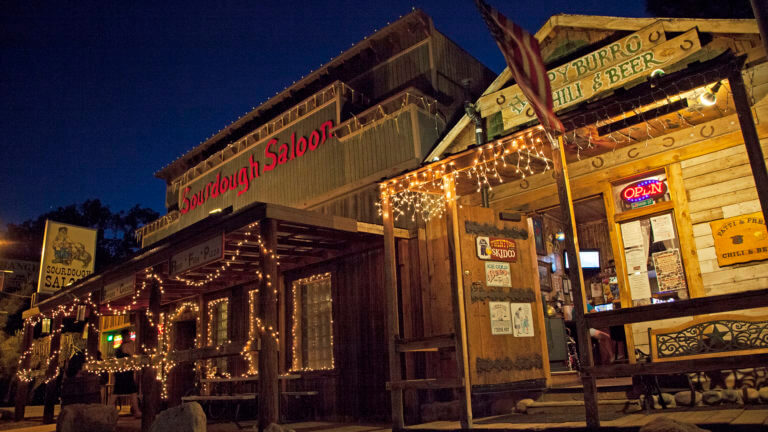 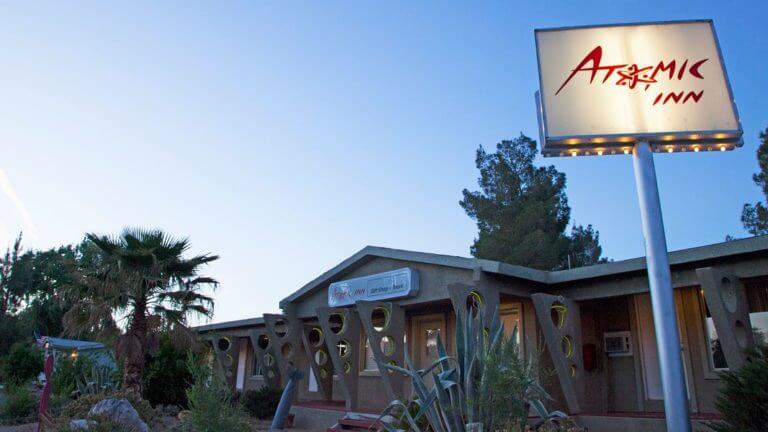 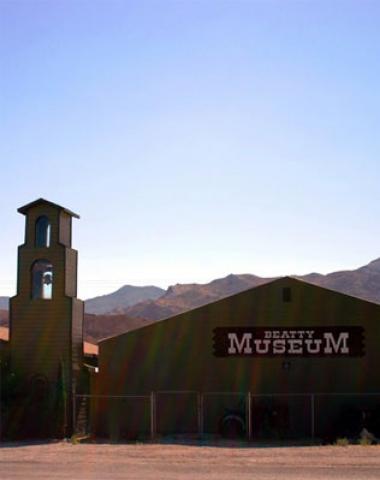 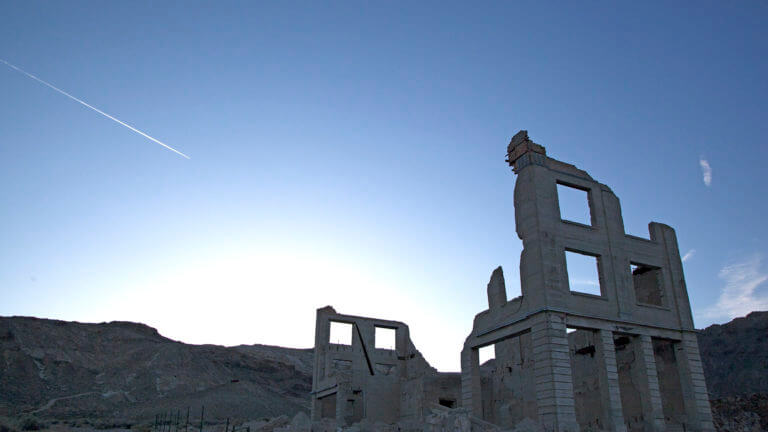 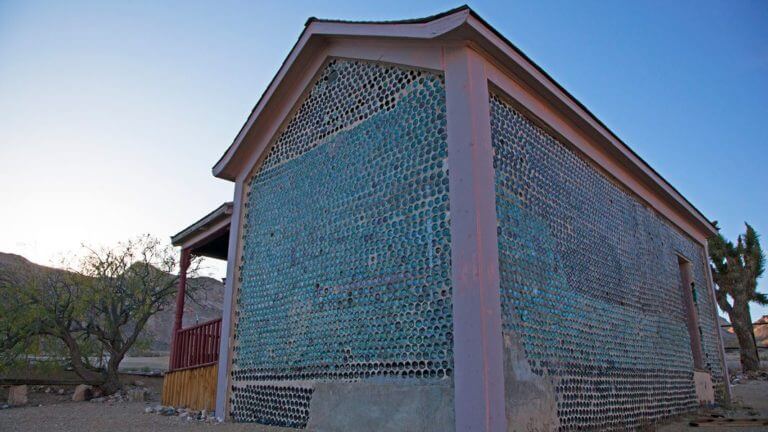 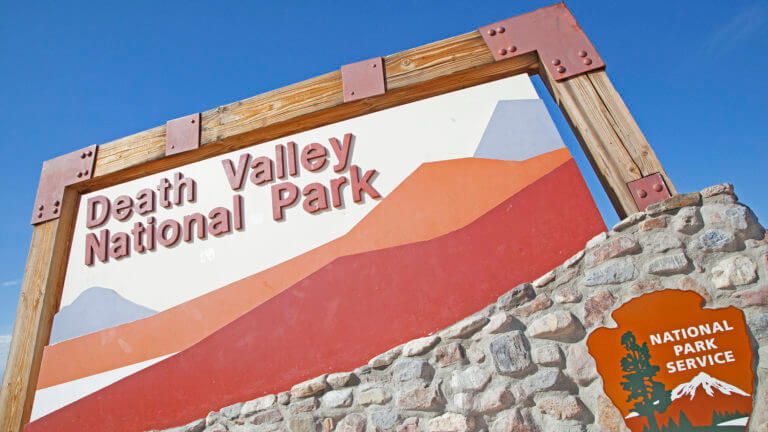