This incredible public recreation area, dubbed Garnet Hill by the locals, draws national attention for the beautifully rich, dark red garnets that are readily found here. Buried within the hillsides on the outskirts of Ely, these garnets are found in the rhyolitic volcanic rock that so densely populates the region, and which gives way to freely found gemstones that work their way up through the earth.

Garnet Hill near Ely, Nevada is located in White Pine County along Highway 50 on a well-maintained dirt road. A “Garnet Hill” BLM marker on the right hand side of the road will guide you to the recreation and rockhound area. Interestingly, the Garnet Hill Recreation Area was once an active volcanic site, which erupted approximately 32-40 million years ago, with a cavity that was up to one mile in diameter. While the volcano was actively brewing and spewing, rhyolite—a volcanic form of granite—was being forged inside. This forms when magma erupts from the surface and, as the rock cools, the released gasses create little pockets that allow the garnets to grow. While prospectors uncovered garnets in their prospecting days in the 1870s, they were likely far more interested in the lucrative copper mecca just to the south.

Gems that can be uncovered at Garnet Hill are known as Almandine, and get their vibrant color hues from their high iron content. As garnets are considered to be semi-precious gemstones, most findings at Garnet Hill have natural flaws, but a few lucky prospectors might uncover a high-quality stone. Either way, whatever you find at Garnet Hill makes for a pretty sweet souvenir. (And if you strike out, you can always swing by Garnet Mercantile in Ely for some pre-polished pretties.)

How to Find Garnets

While it’s recommended to bring a shovel, rock hammer, and gloves to pry the garnets out of the surrounding rock, many are visible on the ground surface and do not require any excavation. Visitors can visually search the surface and nearby drainages for the iron-rich garnets that have weathered from the pink to gray colored rhyolitic rock and came loose from the host rock. The garnets collect in small gullies and drainage areas because they are heavier than the surrounding rock.

Locals have recommended combing the southwest corner of Garnet Hill, which is where the formerly active volcano deposited the highest quality gems. Also, rockhounding enthusiasts may have the best luck searching the grounds after a rainstorm or snowmelt, as surface areas may have been washed away.

Visitors hoping to discover a beautiful selection of garnets can make a weekend of it, as the Garnet Hill rockhound area also features limited camping space for both tents and smaller RVs. There is also a group campfire area and a wheelchair accessible restroom, as well as five picnic tables near the top of Garnet Hill. (Meanwhile, a roof over your head can be found in abundance in nearby Ely.) Garnet Hill is also one of the best locations for a first-rate view of the gargantuan open pit copper mine and colorful waste rock dumps of the nearby Robinson Mining District. Best of all, this fantastic recreational area is open to the public at no charge. 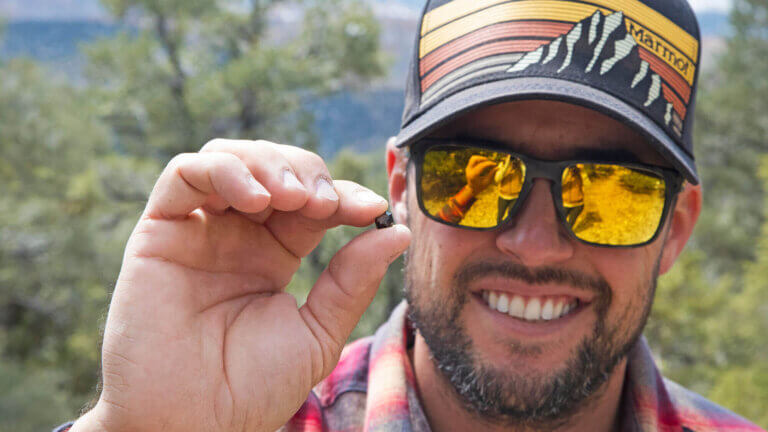 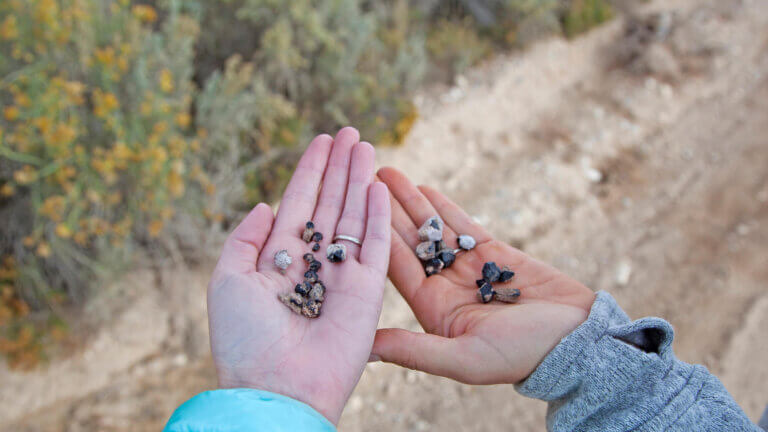 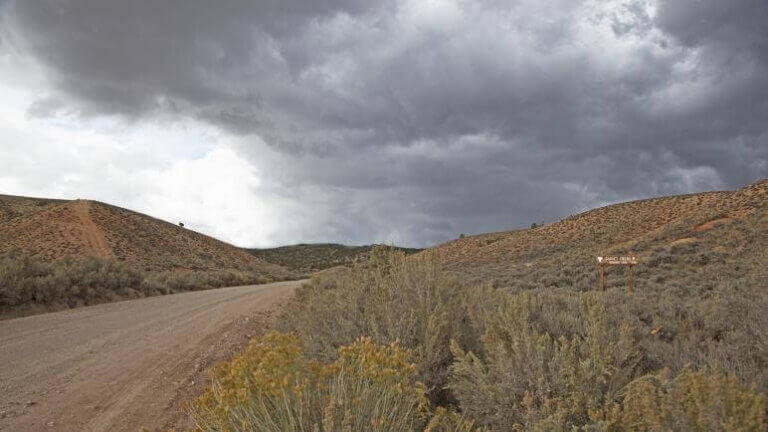 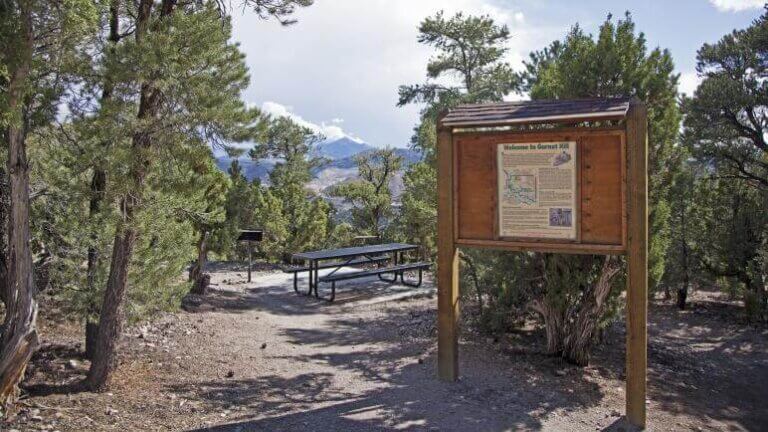 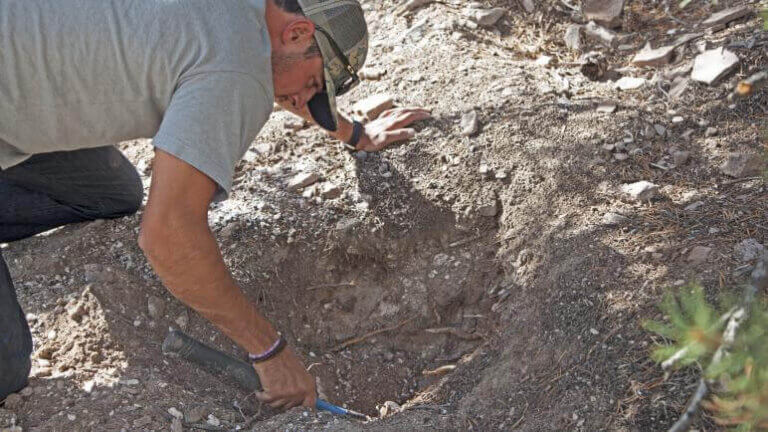 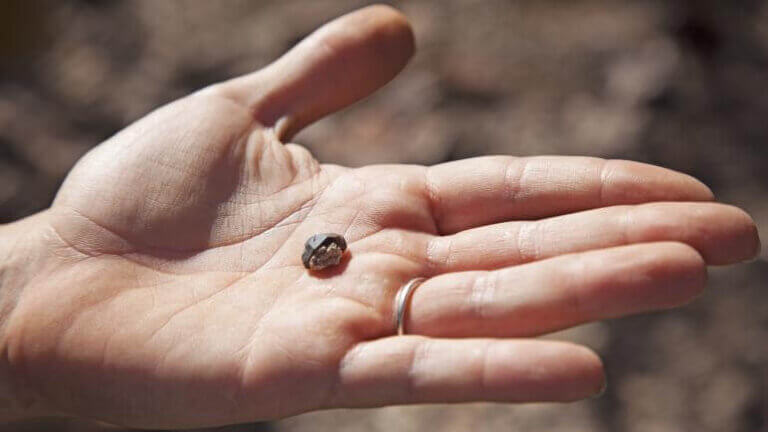 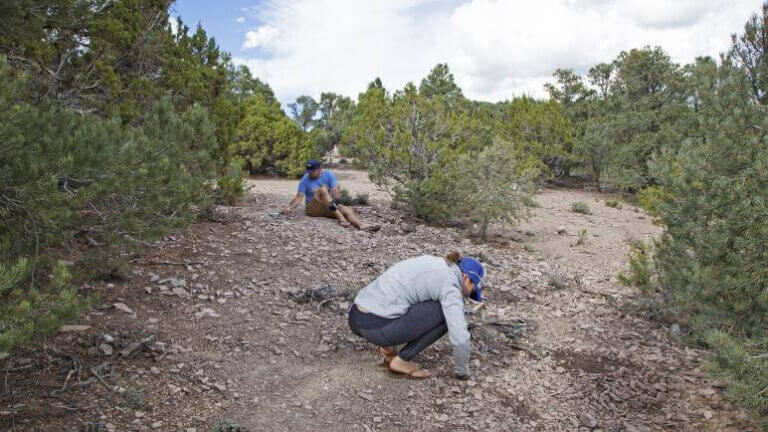 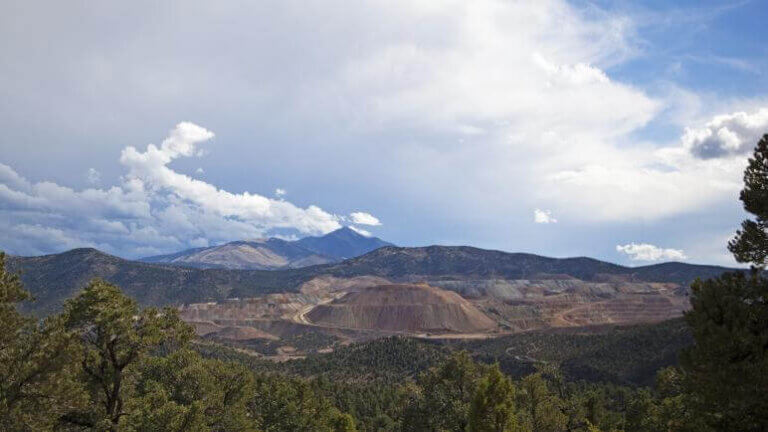 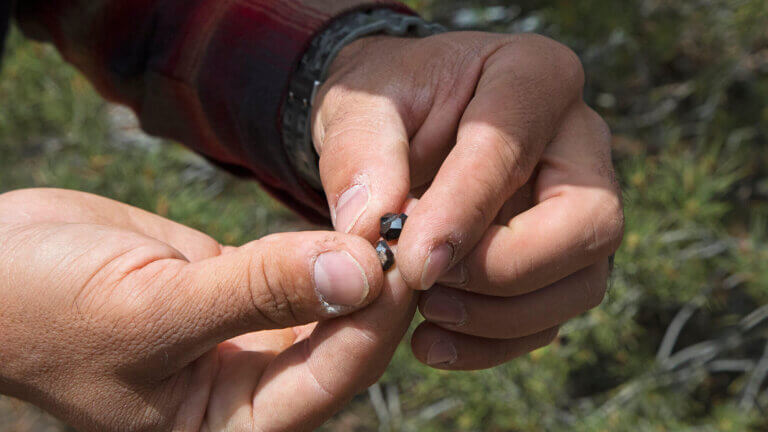