There are many incredible ways of traveling through time in a historic city that helped shape the American West, but before departing Virginia City, make it a point to visit Saint Mary in the Mountains Catholic Church & Museum. An unmistakable fixture on the Virginia City skyline, this historic church has been the grand champion of historic churches in Nevada since it was erected in 1870. Though there are many impressive historically restored churches peppered throughout Nevada ghost towns, Saint Mary in the Mountains is in an entirely separate class; it’s an untouchable model of historic preservation after a series of disasters. As the first Catholic Church in the state of Nevada, this religious institution still operates as a working Catholic Church, and welcomes all visitors to explore the free museum in the basement that outlines the history church itself, Catholicism in Nevada, and what life was like on the Comstock during Virginia City’s formative, boom years.

History of the Saint Mary in the Mountains Catholic Church

After an incomprehensible amount of silver was discovered in the area, Virginia City experienced the Comstock Bonanza in 1873 at the Consolidated Virginia Mine. The majority of people showed up during this time, and developed Virginia City. Father Gallagher built the first Catholic Church in 1860 as a small, modest church, but lost a battle with the storied Washoe Zephyrs shortly thereafter. Like much of the rest of the town, Father Patrick “Paddy” Manogue arrived at the Comstock in 1862, and built the first Saint Mary’s: a wooden structure (a block away from Saint Mary’s current location). By 1867, they desperately needed a much larger church to take on a growing congregation as Virginia City’s population swelled. By 1870, an opulent, much larger church was constructed on the site you can visit today, confirming the exorbitant wealth that was flowing through Virginia City during this era.

Saint Mary in the Mountains quickly became known as the “Bonanza Church”, and even the “Mother of all Catholic Churches” in the area. But, like most other businesses in town, most of the church was destroyed in the Great Fire of 1875. There are some nasty rumors that the townspeople combated the fire by lacing the walls of the church with dynamite, in hopes the explosion would suck the oxygen out of the fire and extinguish it altogether, but that is unfortunately untrue. The ruins that still existed after the fire would have been impossible if the church had been blown up.

After the needs of the people of the Comstock were taken care of and the major mines were back to hoisting ore, the church was eventually rebuilt later in 1877. As you might imagine, once the Comstock boom dwindled and the majority of townspeople moved on, the church became extremely neglected through the next several decades, into the 1950s.

By the time the 1950s rolled around, the former glory of Saint Mary in the Mountains had waned and the church was in serious decay. There was a conversation among area bishops that the “Gothic” look was no longer relevant, the church was “too worldly” and essentially, embraced boring historic components of an already “old religion.” To reinvent the church to make it more interesting to younger audiences, a group of Cistercian monks from Wisconsin were recruited, who later became known as the “Mad Monks”. They took over management of the church in 1957 and essentially took an unmeasurable toll on European craftsmanship and historic, invaluable features in the church. Original 1870s-era stained glass was smashed and broken, the choir loft was ripped out (structurally damanging the building,) and religious figures were transformed into abstract-modern-style installations.

Thankfully, a new priest by the name of Father Caviglia stopped the atrocities the Mad Monks were doing, regaining management of the church in 1959. Features that would’ve been original to the church were rebuilt, and Saint Mary in the Mountain’s former glory was once again restored.

Father Paul Meinecke, successor of Father Caviglia, had the current stained glass windows created and had the perception to take steps for historic preservation at the Silver Terrace Cemetery, and also saved the old, historic hospital from demolition by converting it into Saint Mary’s Art Center. You can visit his grave at the Silver Terrace Cemetery in the Catholic plot today.

When exploring Virginia City today, do not be deterred from Saint Mary in the Mountains if you are not a practicing Catholic. Everyone is welcome to tour the church and gift shop, as well as the museum in the bottom basement level. Aside from drool-worthy historic preservation that makes any visitor who steps through the threshold feel as if they’ve time traveled to 1877, visitors can expect to find the original, pre-1875 fire pewter baptismal font, and an extravagant Czechoslovakia gas chandelier original to the church that was only electrified in 2009. Your visit here is of course incomplete without a tour of the museum in the lower level, which can be accessed from a side door near the parking lot.

At the museum, you can count on exploring important relics from historic churches all over Nevada, a history of the priests at Saint Mary in the Mountains with many of their personal belongings, more information on the Great Fire of 1875, the Abraham Lincoln Living Library, and the Mad Monk wing. Standing as a true treasure of the old west, Saint Mary in the Mountains is recognized as a National Catholic Historical Site and one of the Silver State’s most prized historic buildings.

To visit the museum, please call for hours, or to arrange for a special group tour. The Museum Gift Shop is open 10:00 AM to 4:00 PM seven days a week, year round. Please note that a traditional Weekend Holy Mass does take place on Sunday at 11:30.

Admission to Virginia City’s Saint Mary in the Mountains Catholic Church & Museum is free, though this enriching cultural center depends on donations. These contributions help with establishing and preservation of museum exhibits, and supports future additions to the property. When visiting this valuable historic resource, please consider making a donation! 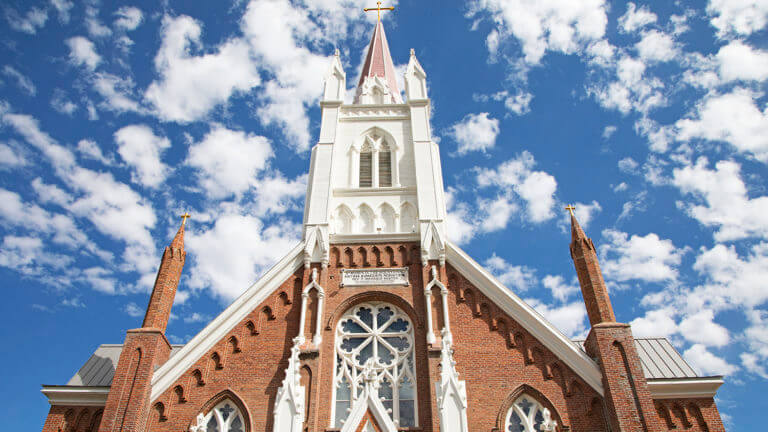 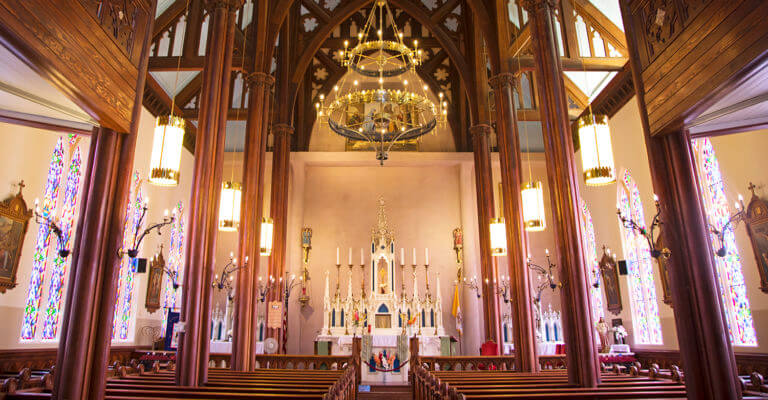 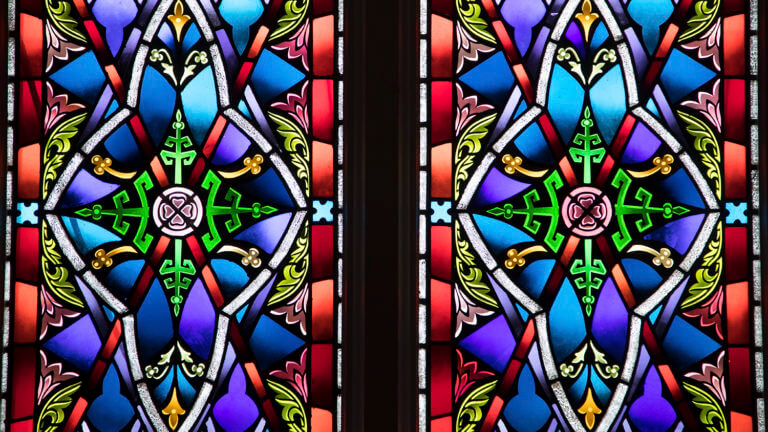 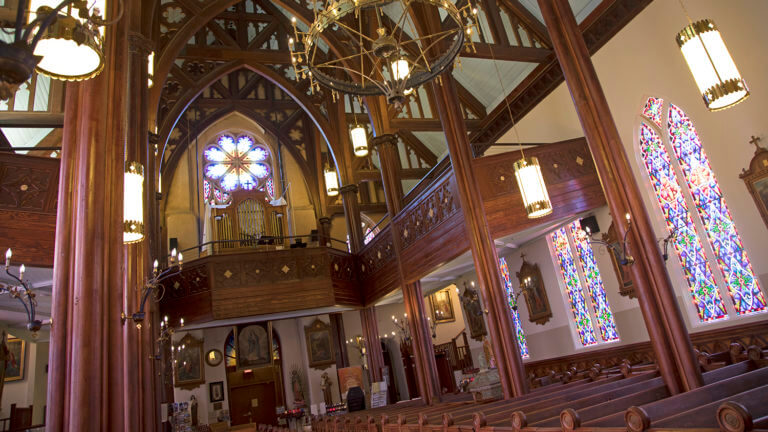 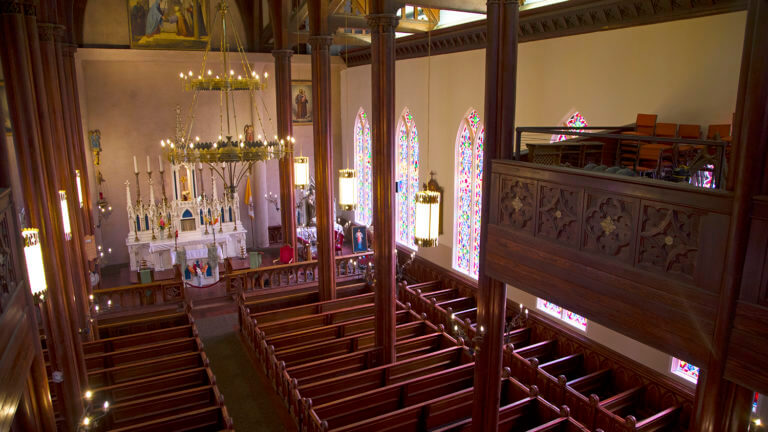 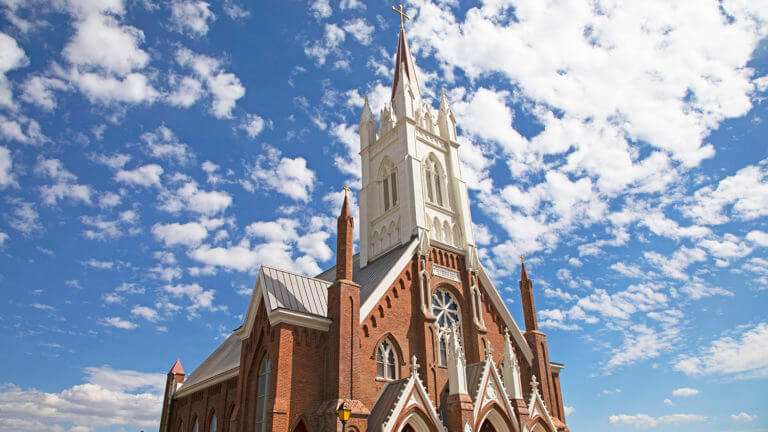 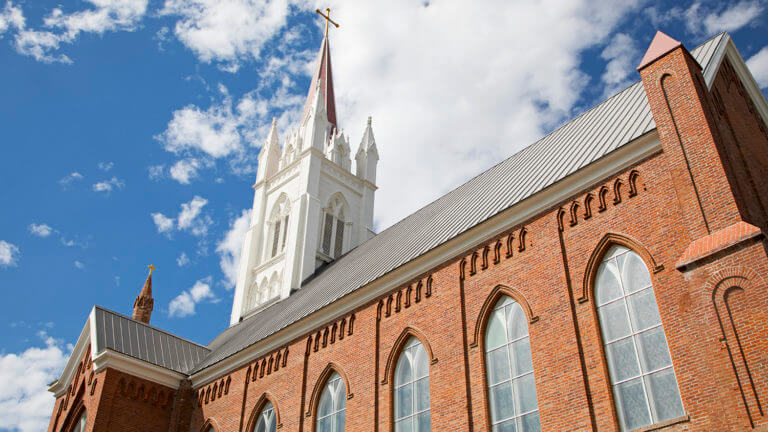 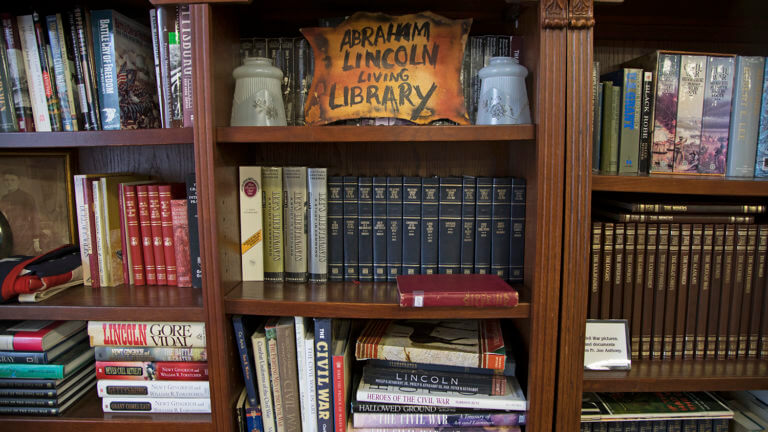 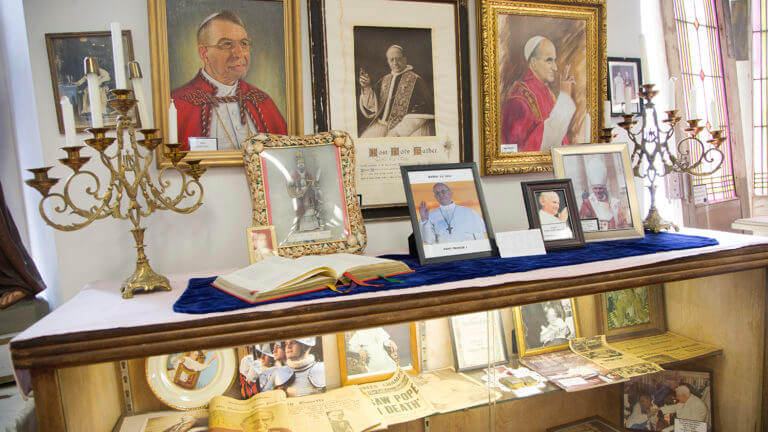 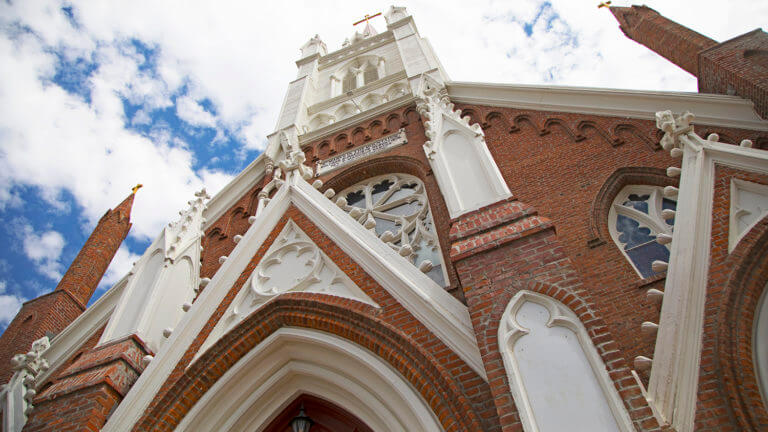 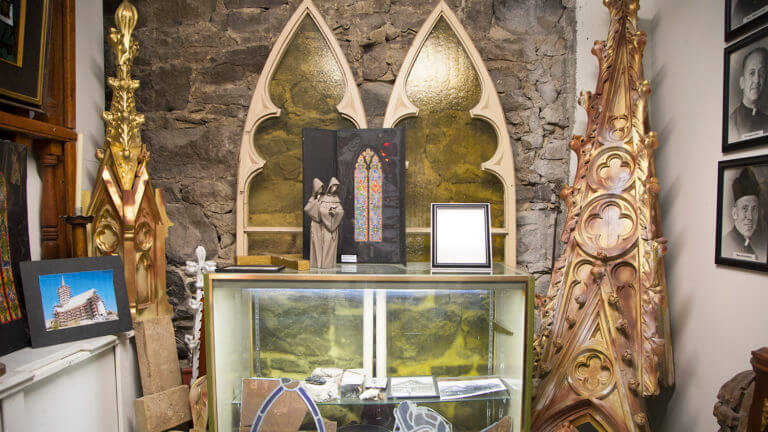 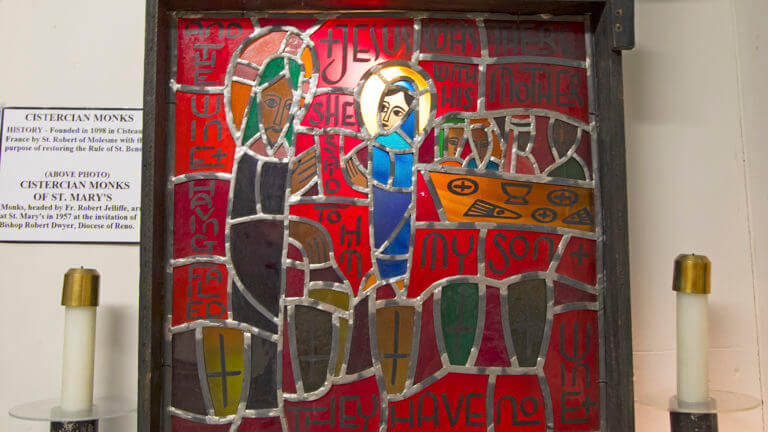 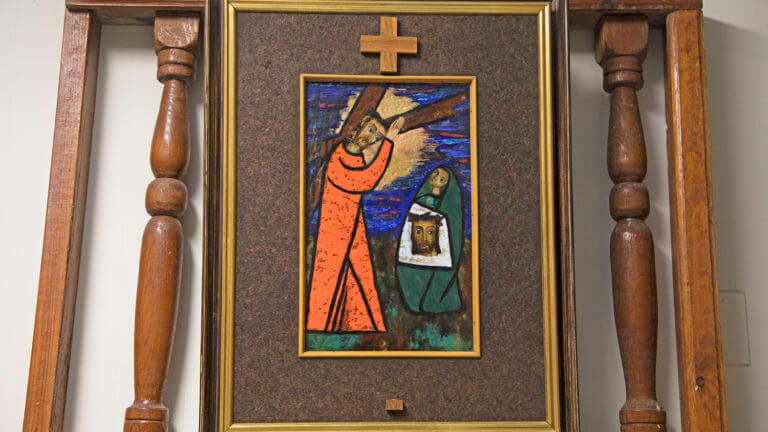 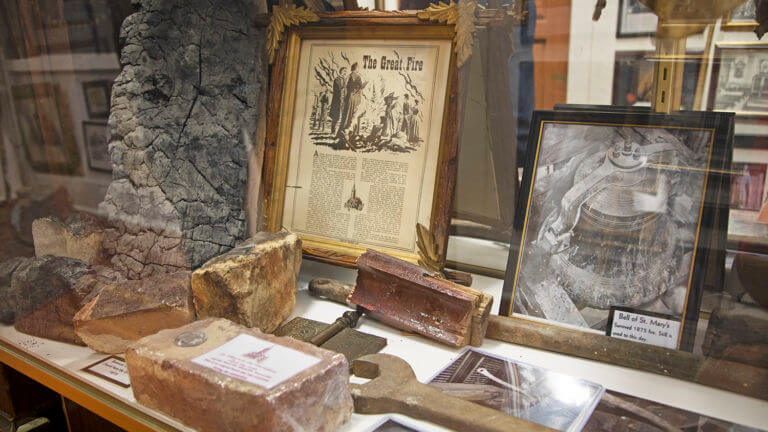 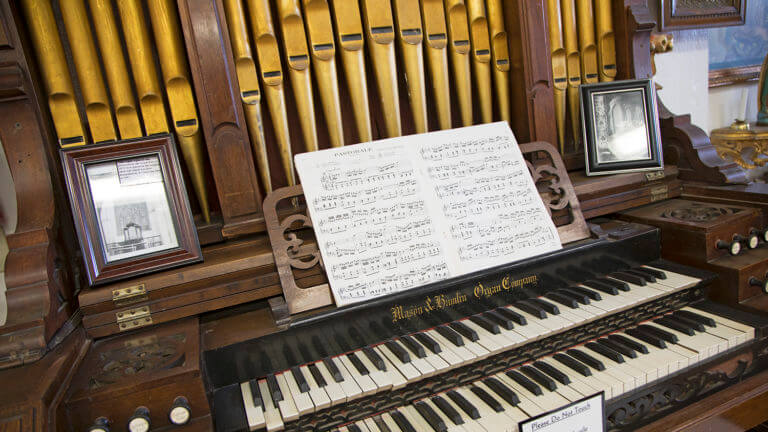