Ready to drop a gear and disappear into the ruggedly remote northwestern corner of Nevada? With some of the darkest skies in the world, backroad discovery, natural hot springs, and top notch fly fishing, there’s no better basecamp than Granite Mountain Reservoir. Situated a quick 20 minutes north of the Known Center of the Universe, stake your spot along at this crowdless, pristine reservoir for a weekend of Nevada backroads discovery you won’t forget anytime soon.

Originally in private hands, Granite Mountain Reservoir was first made in 1952. While still remaining in private hands, public access was permitted almost immediately, thanks to negotiations and management on behalf of the Nevada Department of Wildlife, who has stocked the reservoir since. Granite Mountain Reservoir brims with a variety of fish of all kinds, including largemouth bass, green sunfish, bullhead, channel catfish, rainbow trout, brown trout, and bowcutt trout—a rainbow and cutthroat hybrid. Cast a line from the shore or in float tubes year round, though fishing is the most prime during the spring when the the lake reaches its maximum depth of 45 feet deep.

Settle into primitive camping along the edge of Granite Mountain Reservoir, but be aware that there are no restrooms or trash facilities on site. If you’re going to build a campfire, be sure to check into seasonal fire restrictions and only use preexisting fire rings. Practice Leave No Trace Methods whenever possible, and remember to pack out everything you bring in. That, and before casting into bodies of water in the Silver State, be sure to get yourself legal with a proper Nevada Fishing License. Grab one in advance at NDOW’s website, and if you’re already here, get one at one of the state’s many license agents.

Granite Mountain Reservoir is managed by the Nevada Department of Wildlife, making free public access available to all. 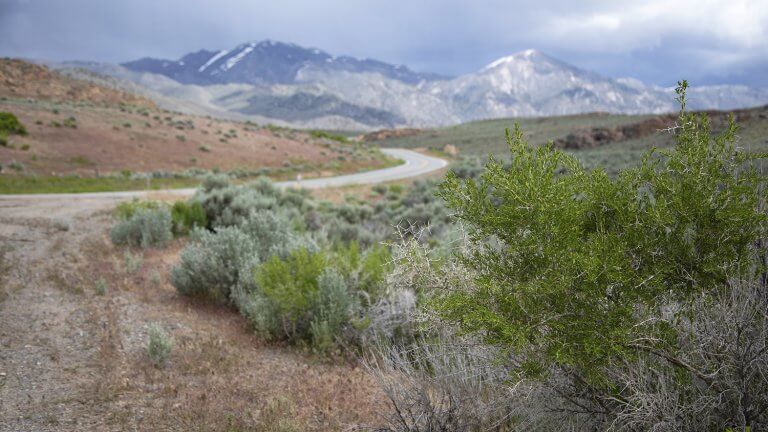 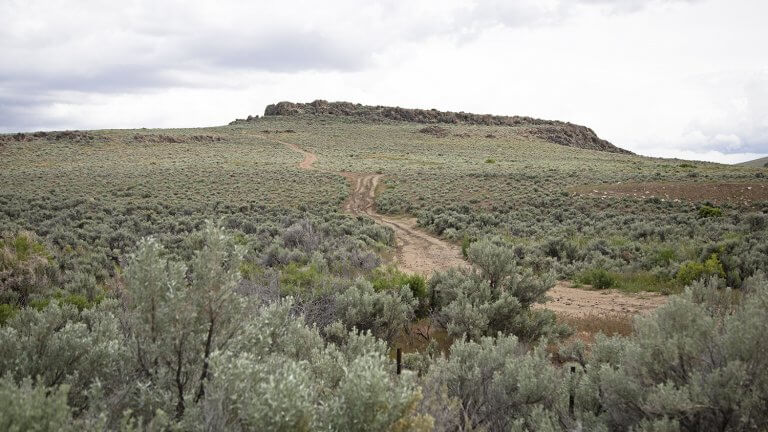