The Shoe Tree of Middlegate

Like most of the Nevada greats, the legendary Shoe Tree doesn’t escape some good old-fashioned folklore. There are many versions to how and when the Shoe Tree came to being, but the most commonly known is this…

Many decades ago, a newlywed couple was returning home, traveling eastbound on Highway 50 after being married at a Reno wedding chapel. While traveling this lonely highway, the couple got into their very first argument and pulled over on the side of the road… next to an outcropping of trees. In protest, the hot-tempered woman proclaimed that she would rather walk home. The man retorted with telling her that if she wanted to walk home, she could do it barefoot – then proceeded to grab her shoes and toss them up on the nearest tree. The man angrily jumped in his car and blasted off down the highway, leaving his new bride alongside the road to follow through with her threat of walking home. He pulled over at the first bar he encountered, and began drowning his sorrows. Lucky for him [and his new wife] an upstanding bartender convinced him to return to her in an attempt to make up. He did just that, they managed to work out their sorrows, and lived happily ever after. From that point on, the couple returned to the tree on their anniversary each year, tossing a celebratory pair of shoes around the same exact tree as an emblem of their unwavering love for each other.

But, imagine traveling down the Loneliest Road in America and approaching a massive cottonwood with thousands of pairs of shoes dangling from it. What would you do? Well, probably toss on a pair of your own, or some kind of relic to mark your presence. That is exactly what happened, too.  A trip along Highway 50 is far from complete without lobbing a pair of sneakers over this famed tree. You too, should participate because why not? Just another #WeirdNevada experience that begs to be experienced.

The original Shoe Tree was cut down by hoodlums in 2010. As you might imagine, this was quite the uproar, but it didn’t take long for tried and true Nevadans to spring into action and designate a nearby tree as new Shoe Tree. Although a definite loss, locals and visitors alike have had no problem adapting to the “new” Shoe Tree, as its currently decorated with a myriad of footwear.

From Middlegate Station, head east on Highway 50 for 2.4 miles until reaching the legendary Shoe Tree. You’ll find it on the north side of the highway, in a can’t-miss-it sort of a fashion. 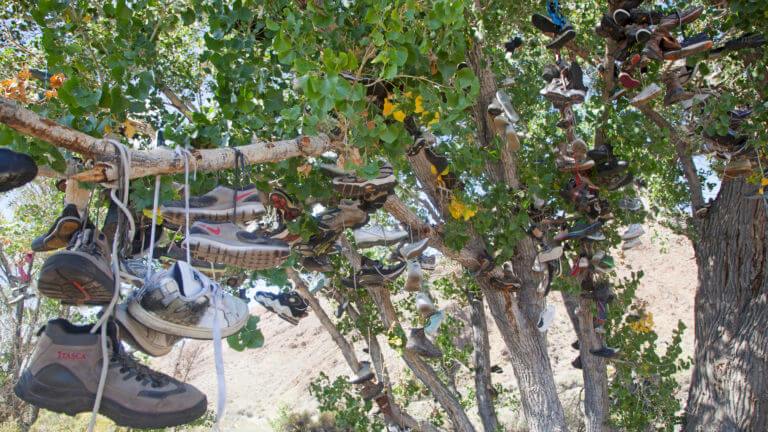 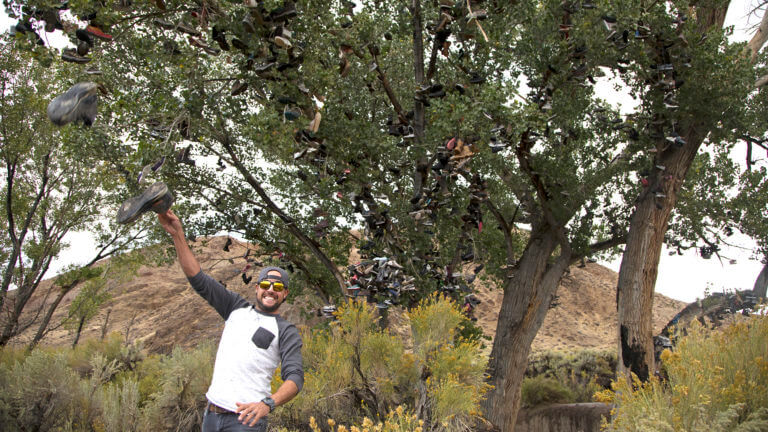 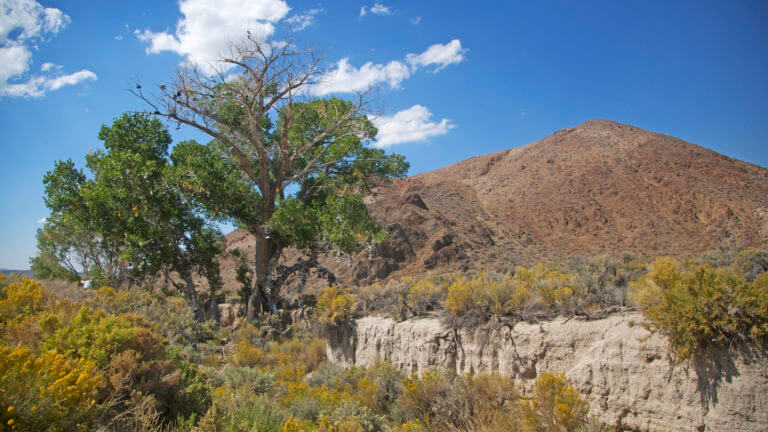 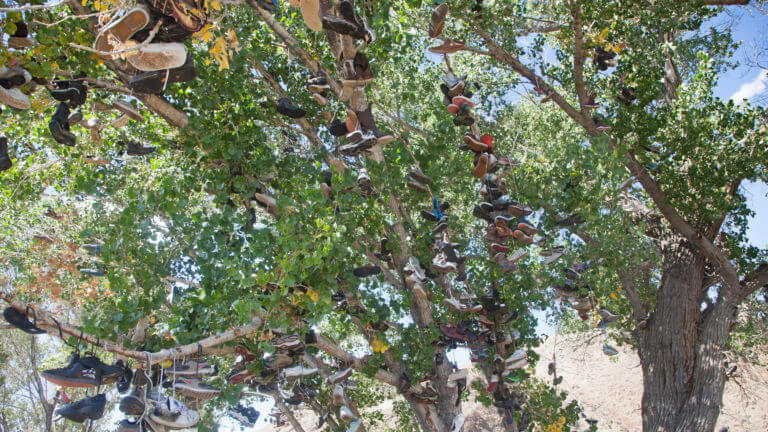