The historic Boulder Dam Hotel is a boutique hotel that offers guests the taste of a classic era with modern comforts and amenities. On-site, visitors can peruse the Boulder City/Hoover Dam Museum, gift shops, and art galleries on the second floor, as well as indulge in a distinct dining establishment and speakeasy-inspired lounge with live entertainment. Best yet, hotel guests can enjoy a complimentary, cooked-to-order breakfast in the onsite Boulder Dam hotel restaurant, which is incidentally one of Boulder City’s most popular spots for AM eats.

History of the Hoover Dam Hotel

Originally built in 1933 to accommodate visiting government officials and project managers supervising the construction of the Hoover Dam, the luxurious Boulder Dam Hotel quickly gained an esteemed, global reputation from a steady flow of dignitaries and celebrities. Listed on the National Register of Historic Places, this historic hotel in Boulder City has been ranked as the top lodging accommodation in Boulder City for seven years running.

The Boulder Dam Hotel began as a pipe dream of businessman Jim Webb. In 1932 his vision came to fruition for a grand establishment that implemented the finer things in life, like private baths, air conditioned rooms, and a wood-paneled lobby. It wasn’t long before it caught the attention of the upper crust and people seeking a luxurious stay while touring the modern engineering marvel that was Boulder Dam.

The property became the go-to accommodation for businessmen and government mucky-mucks, but also movie stars like Bette Davis, who stayed at the hotel in 1934 while on vacation following the filming of “Of Human Bondage”; Will Rogers, who performed at the nearby Boulder Theater; Howard Hughes, who recuperated at the hotel after wrecking his airplane on Lake Mead; and even Shirley Temple.

When the United States entered WWII, Boulder Dam was closed to visitors, which cost the hotel quite a bit of patronage, prompting Jim Webb to sell the property. Over the next 70 years, the Boulder Dam Hotel struggled and changed hands, but continued to remain open for business.

The Boulder Dam Hotel was added to the National Register of Historic Places in July of 1982, but it wasn’t until 2005 that the hotel underwent major renovations and was acquired by the Boulder City Museum and Historical Association. The $2 million renovations increased the common areas for guests and reduced the number of guest rooms, but preserved the grandest. As the Boulder Dam Hotel was an important slice of Boulder City’s history, the Museum and Historical Association were able to reposition this fabulous hotel as a central piece of cultural life in modern day Boulder City.

Today, the boutique hotel offers guests the experience of a classic era with modern comforts and amenities. Stay in a comfortably appointed standard room, or opt for a themed room, honoring some of the many celebrity guests who once stayed here. One of the true gems in this already outstanding historic community, be sure to book your stay in a piece of Boulder City’s incredibly fascinating history with a stay at the Boulder Dam Hotel. 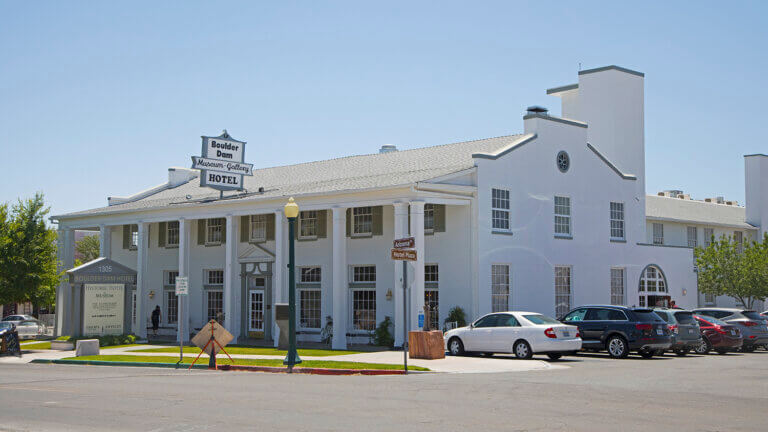 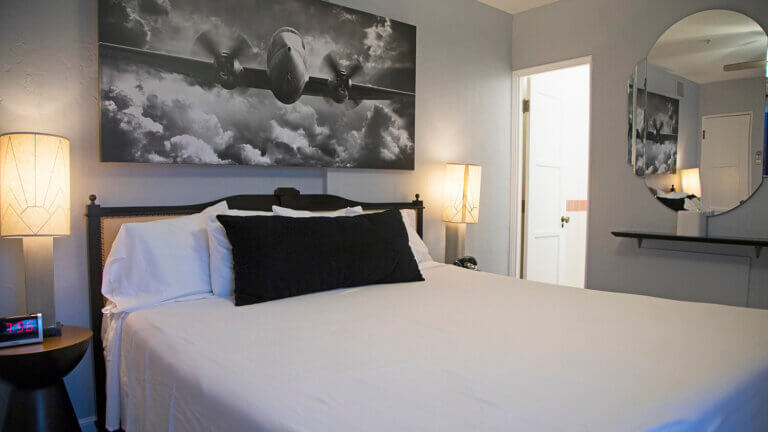 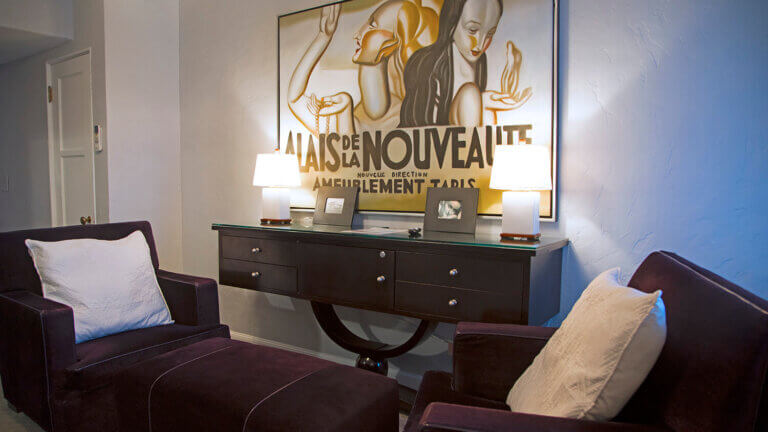 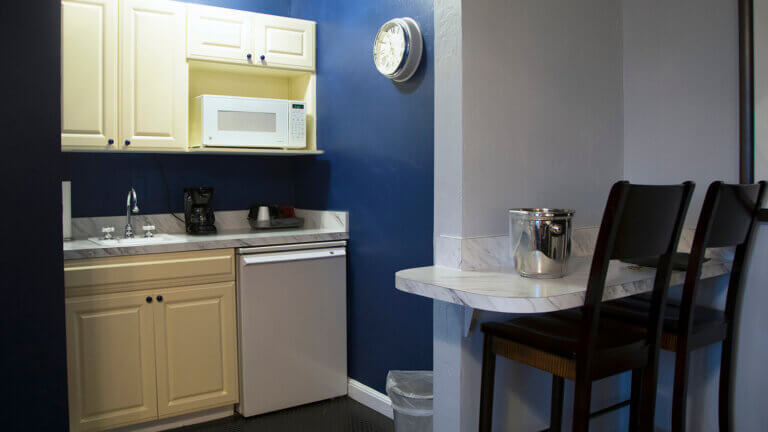 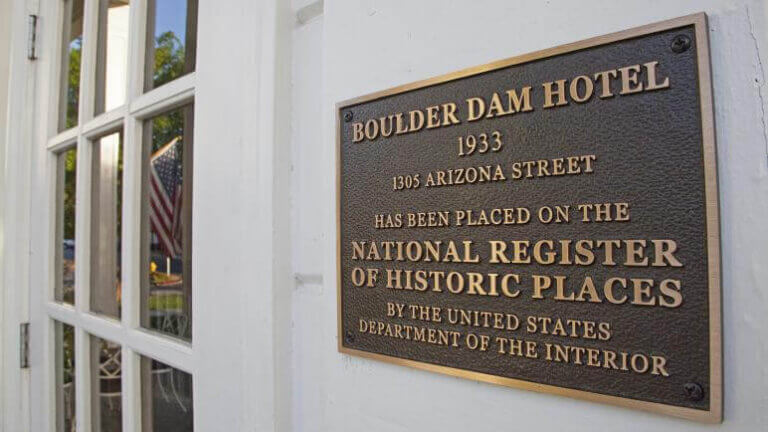 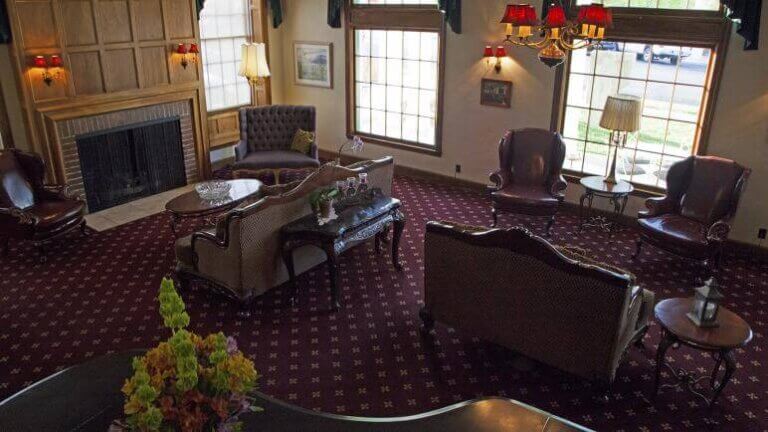 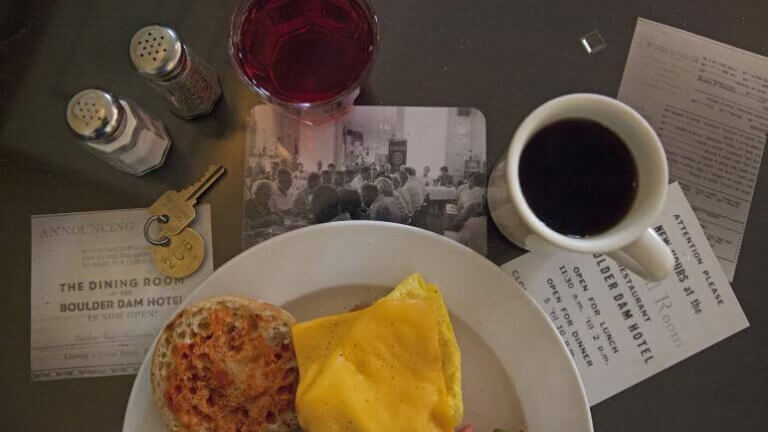 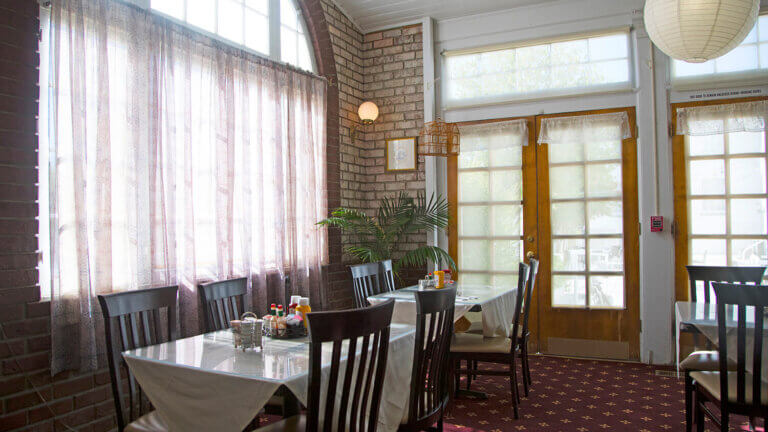 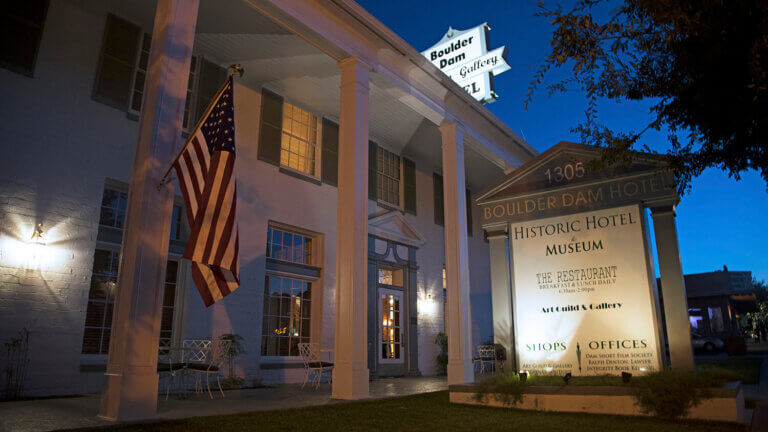