The Clark County Museum shares the colorful history of Las Vegas and its surrounding communities with a range of interesting exhibits and interactive displays that really engage visitors. The museum opens with its Anna Roberts Parks Exhibit Hall, which features a timeline of southern Nevada beginning in prehistoric times. Visitors will learn about the area’s earliest inhabitants, thanks to an informative diorama of an Ancestral Puebloan and a Paiute camp, and display cases that include authentic knifes, pottery, toys, baskets and jewelry that were recovered in the area. The timeline includes the settlers and explorers who came to southern Nevada in the early 1800s, with such corresponding artifacts as a flintlock musket and sheep shears. As visitors wander the Clark County Museum, they will find numerous interactive displays that allow a hands-on experience. Various relics that visitors can touch and hold include a butter mold, branding iron, chamber pot, fossils and more. One of the most interesting parts of the museum is its Heritage Street, a tree-lined avenue with eight historic structures from southern Nevada that were all relocated to the museum. Among the buildings are the Giles/Barcus House, circa 1905 from Goldmine and the Beckley House, a Las Vegas structure from 1912. Another exhibit at the Clark County museum follows the history of gaming in Las Vegas. Items on display include an 1898 Dewy slot machine, a poker table and roulette wheel. The black and white photos on the walls give visitors a sense of the enormous growth that Las Vegas has seen over the past century. 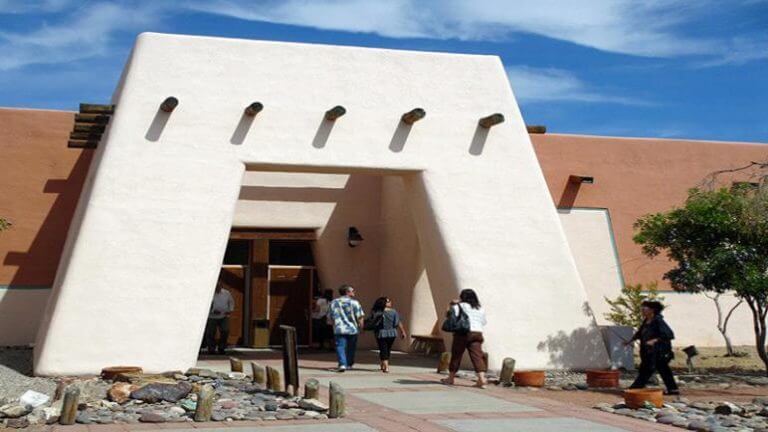