Want to know what Buzz Aldrin and Neil Armstrong were going through as they bounced around on the Moon in 1969? In Nevada, you can know that exact feeling thanks to the incredible Lunar Crater Backcountry Byway, which explores 20 extinct volcanoes, ancient obsidian-laden lava beds, incredible Nevada backroads, and the largest natural crater in the state. Not far from the geographic center of Nevada, Lunar Crater’s nearest city is Tonopah, about 70 miles to the southwest.

At first glance, you might be thinking this is quite the appropriate welcome-landscape to the nearby ET Highway, it feels that otherworldly. We’ll task you with an attempt at eyeing down little green men, but can promise you this: this is one incredible NATURAL landscape. Regrettably, Lunar Crater wasn’t formed by a UFO or even a meteor (it’s volcanic), but got its name because it looks so similar to craters found on the actual moon. Best yet, from Lunar Crater’s rim, look around you—you can spot 20 extinct volcanoes in the surrounding hills, along with ancient lava beds along Highway 6 to the north.

The legendary atomic blasts that happened at the Nevada National Test Site (think Nuclear Nevada) happened just to the south, and were man made. What you see at Lunar Crater is nothing short of a wondrous, natural landscape. As one of six, National Natural Landmarks in Nevada, Lunar Crater and the nearby backcountry byway was added to the National Natural Landmark register in 1973.  The 430 foot-deep is impressive on its own, but the fact that it’s part of an enormous volcanic field loaded with other craters, cinder cones, basalt flows and ancient lava beds is what makes this area a must see.

Lunar Crater is what’s geographically defined as a “Maar”… otherwise known as a type of shallow, broad crater that was formed by explosive eruptions close to the ground level that then fills with groundwater. When the groundwater collides with hot magma, that’s when the crater forms.

Lunar Crater and its surrounding smaller craters is so much like the landscape found on the moon, that the area was classified as an official “Terrestrial Analogue Site.” What does that mean? That it was authentic enough for astronauts in the 1970s to train here in preparation for an actual lunar mission. Right in the middle of somewhere Nevada, astronauts practiced collecting rock samples and checklist procedures in full astronaut gear.

Lunar Crater National Natural Landmark is open year round, 24 hours a day, 7 days a week. For more information on planning your visit, get in touch with Nevada BLM at (775) 482-7800.

Lunar Crater Backcountry Byway is protected by the Nevada Bureau of Land Management, making free public access available to all. 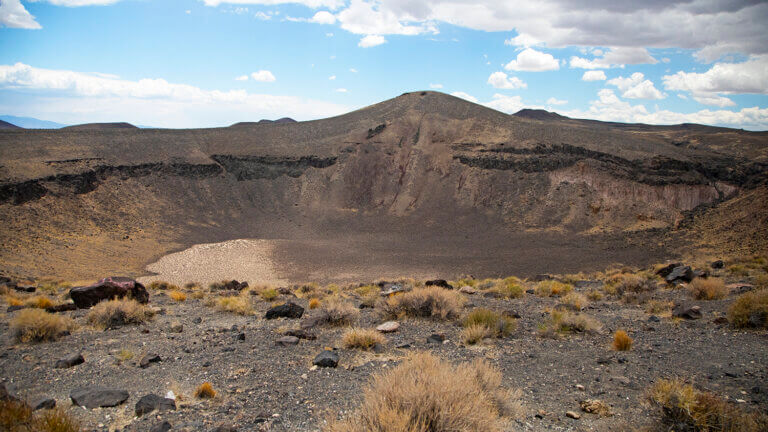 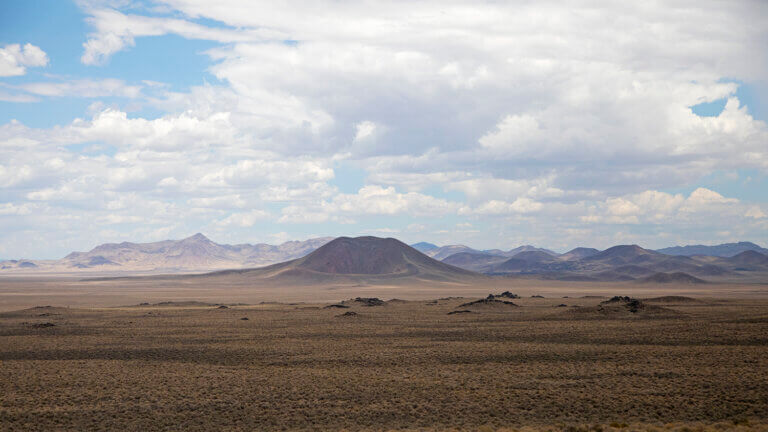 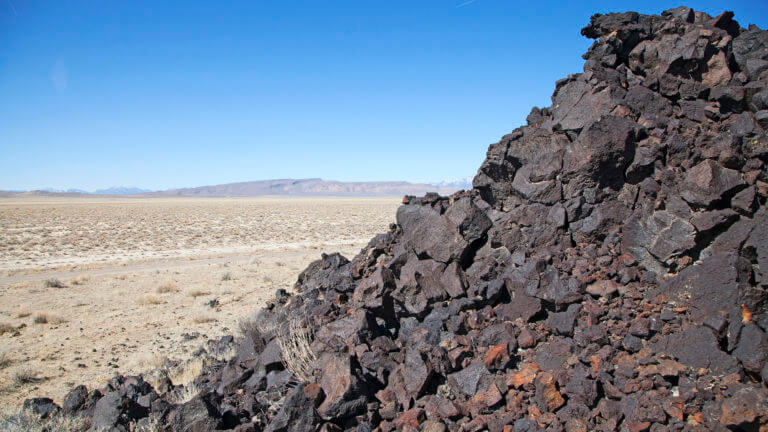 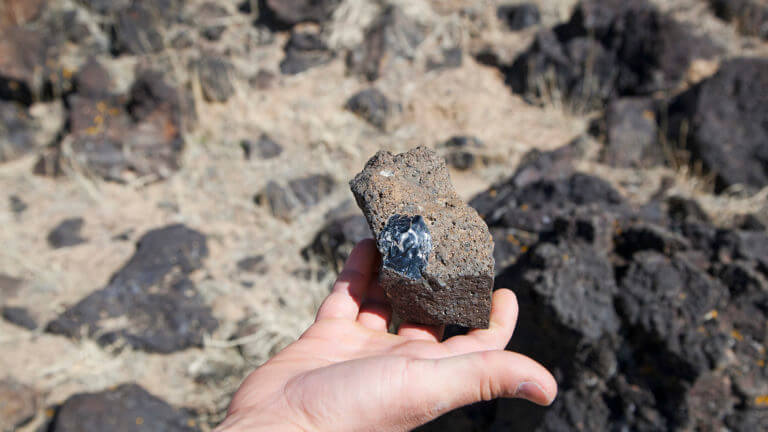