Since the early 1970s, the Plaza Hotel Las Vegas, located at the western end of the Fremont Street Experience, has welcomed world-weary visitors, revelers, gamblers and those looking for an escape from the ordinary, all with their own unique take on what it means to visit Las Vegas.

Originally owned by a team led by gaming pioneer Sam Boyd, the property has undergone several transformations, most notably a $35 million renovation in 2010, but it has always stayed true to its quirky roots. The Plaza Las Vegas fully reopened in September 2011 to much local fanfare. After all, this is the casino that featured prominently in such Hollywood blockbusters as “Casino,” “Pay It Forward,” “The Stand,” and the James Bond flick, “Diamonds Are Forever.”Upon opening in 1971, the Plaza Hotel & Casino boasted 500 rooms, the most of any hotel/casino in the world at the time.

Stay at the Plaza

Stay at the Plaza and kick back without busting your budget in one of the hotel’s Luxe guest rooms, featuring Wi-Fi, one or two king beds and 325 square feet of space. Or, book a Pool Patio Room with in-room fridges, coffee makers, and patios that lead to the hotel’s ever-popular rooftop pool. Go even bigger with a Junior Studio, Mini Suite, or Luxe Room Suites, each of which features room safes, flat screen televisions, and ample space to spread out. The highest of rollers can book a night in the Penthouse Suite with 945 square feet, soaring views of the Fremont Street Experience, and marble accents throughout.

The Plaza Hotel Casino offers enough on-premise food options to keep visitors’ bellies happy without ever leaving the property. From the casual Pop Up Pizza to the Midwest-inspired Hash House A Go Go to a coffee bar, a Manchu Wok, a Mexican grill, and an assortment of fast food chains, including McDonald’s and Subway, there’s no excuse to go hungry at the Plaza in Las Vegas. Open Wednesdays through Sundays from 5:00 PM to 10:00 PM, the Plaza Las Vegas hotel’s flagship eatery, Oscar’s Steakhouse serves up aged steaks, classic Las Vegas cocktails, and seafood inside a large glass dome that has to be seen to be understood. Las Vegas and mob history buffs will notice the nod to former mayor and mafioso lawyer Oscar Goodman, the namesake of the restaurant, whose profile graces its logo.

It’s not all about excess at this Downtown Las Vegas hotel and casino, however. Fitness-minded guests can swim a few laps in the pool, work off dinner in the hotel’s fitness center, or play a round or two of pickleball, then take it easy in a poolside cabana or daybed. At the end of the day, participate in a laugh therapy session at the Comedy Works showroom, where up-and-coming comics and established acts ply their trades nightly. The adjacent Core Arena, an open air equestrian center, is also home to the National Finals Rodeo each December, giving visitors a true taste of the American West.

With a friendly staff, an eclectic vibe, and proximity to Harry Reid International Airport, the Plaza serves up everything visitors have come to expect from Las Vegas with tons of charm, personality, and not a hint of pretense. 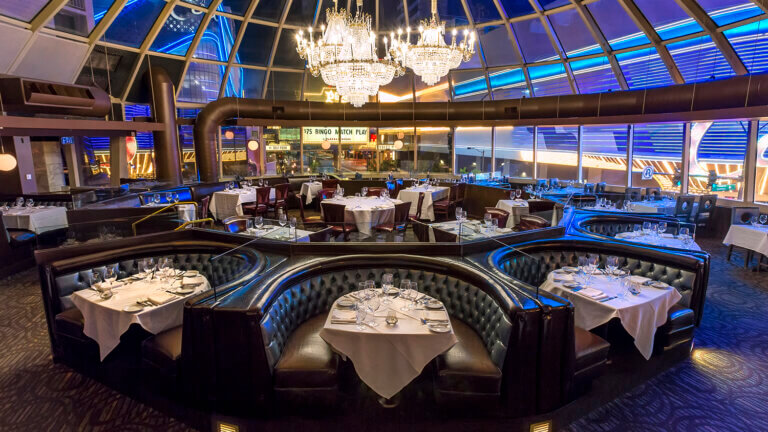 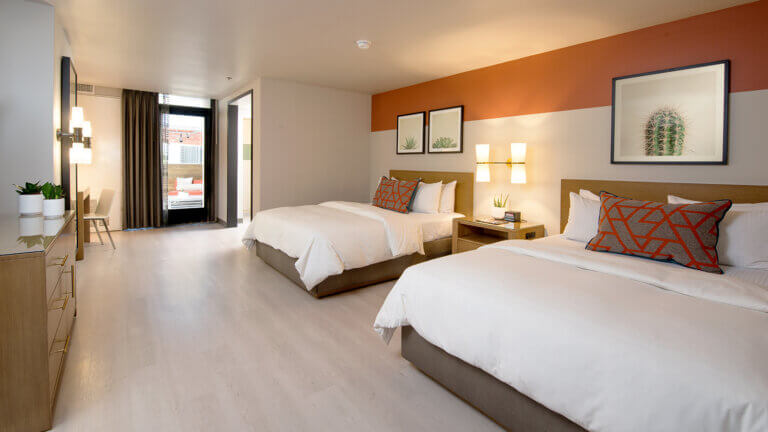 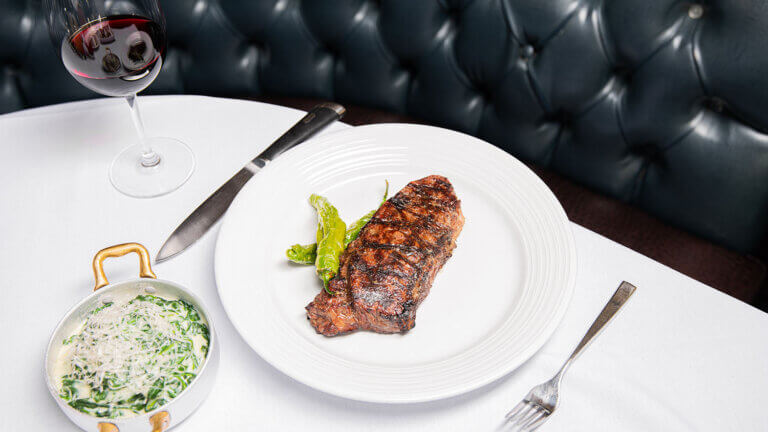 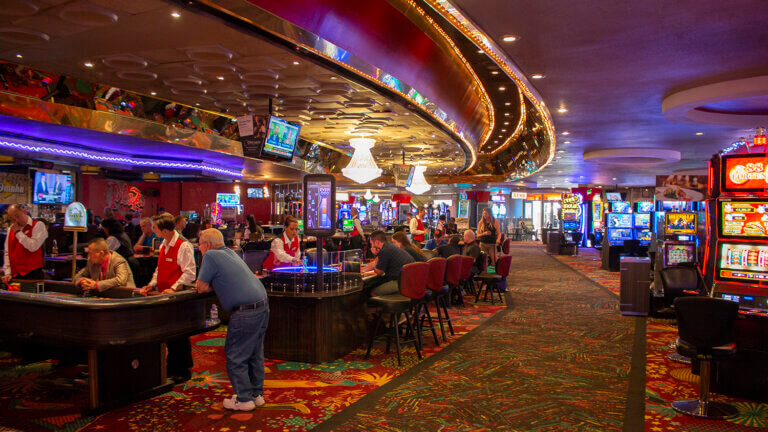 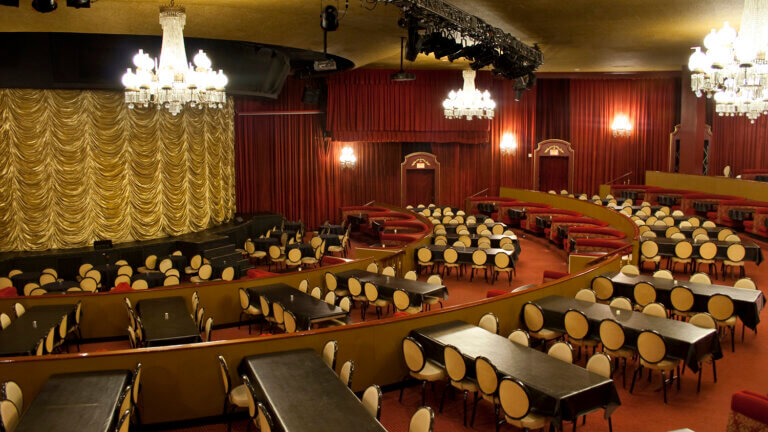 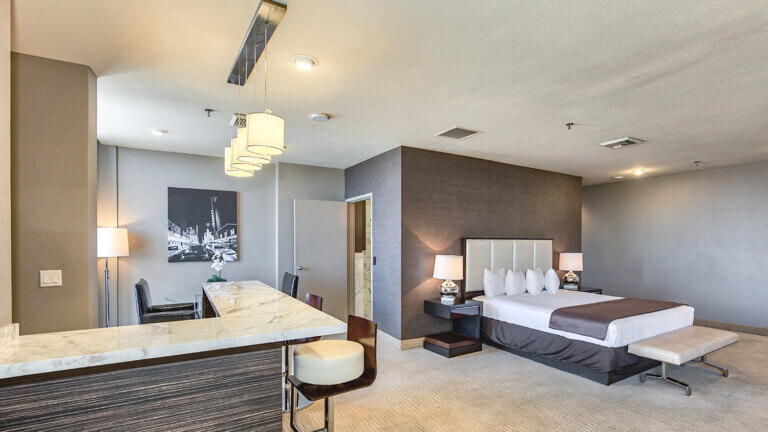 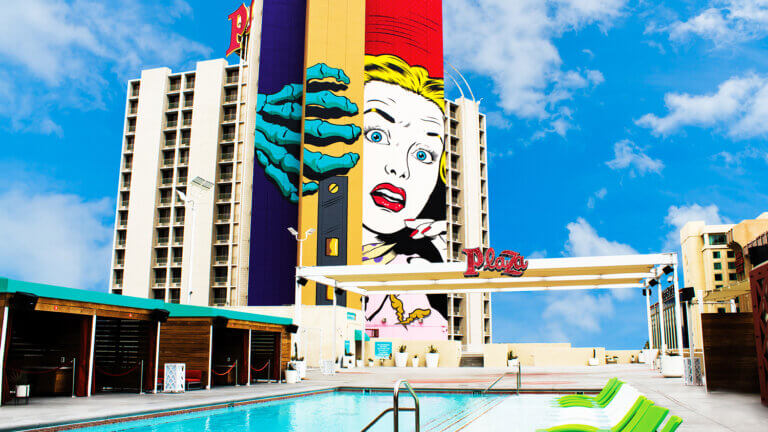 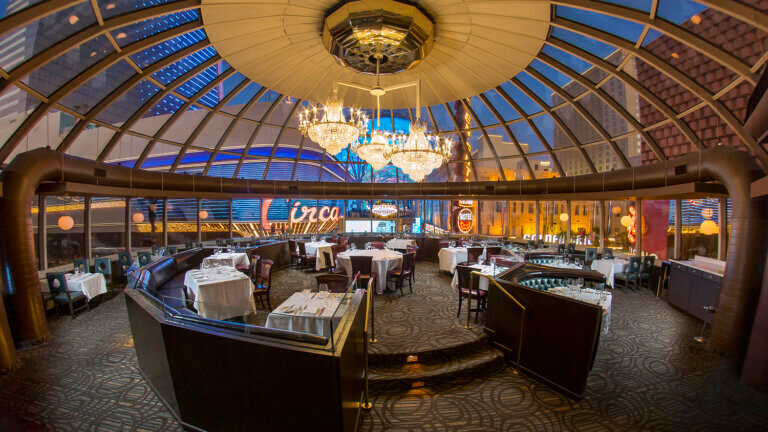 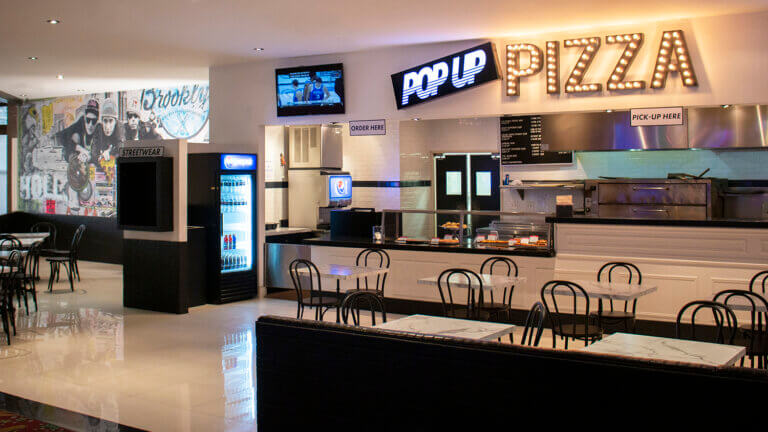