If you were writing a Hollywood script about a dusty, Western outpost and the quirky characters who inhabited it, you couldn’t do better than the story of the Amargosa Opera House in Death Valley Junction, situated along the Nevada-California border at the gateway to Death Valley National Park. A Broadway dancer breaks down in the desert, converts a pioneer old stage stop into her performing venue, and proceeds to paint her audience around her. Can you think of a more Weird Nevada appropriate story, especially one that’s 100 percent true?

In the heart of Amargosa Valley, this Spanish Colonial Revival architectural style building was first established in 1923, and built to support a company town staffing the Pacific Coast Borax Company in nearby Death Valley. As an aside, Borax isn’t just a brand name — it’s the name of an element that’s found in abundance in this corner of the west: borax sodium, and it’s used for everything from household cleaners to moisturizers to toothpaste.

When it first opened, the u-shaped layout of this property hosted company offices, a hotel, and social room, lobby area, store, and dormitory designed to accommodate 23 Pacific Coast Borax miners. Designed by architect Alexander Hamilton McCulloch, the northeast end of the building was used as a common area, to host community dances, church services, and even movie screenings. That is, until Marta Becket came into the picture.

The story goes, Becket’s vehicle broke down at this legendary Death Valley junction in the 1960s, and she fell in love with the place so much that she settled in for good. Peering through the keyhole into a then-defunct social hall her vision started to take shape. She would go on to spend the next few years fixing the place up, creating sets and a stage… and painting her audience on the walls and ceiling. She continued living here, and performing for her “audience” until falling on National Geographic’s radar in 1970, whose coverage would really put her, and her Opera House, on the map. From there, Life covered her story too, and together, these publications recruited real audiences from all over the world. From here, she would go on to perform for more than four decades at the Amargosa Opera House weekly, until her final show in February of 2012.

And if it all sounds so strange that it could form the plot of a David Lynch movie, you’re not too far off. In 1997, the oddball director set part of his acclaimed Lost Highway film right here. The more you know!

Hard to believe such a longstanding and impactful history was happening so recently here, right? Marta passed away at the age of 92 in 2017, and though she’s no longer with us, her legacy lives on at the Amargosa Opera House. Listed on the National Register of Historic Places, tour this storied Opera House, or even plan an overnight stay in the 23-room hotel. Though Marta was the only person who graced the stage for decades, the Opera House is now a live music venue for traveling musicians, theater, and spoken word performances. Keep an eye out for special events, which are typically posted on the Opera House’s official website.

Tour the Amargosa Opera House in Death Valley Junction daily at 9:00 AM and 6:00 PM. No reservations are required.

Tours of the Amargosa Opera House cost $5 for children and $15 for adults. Group tours are available upon request only. 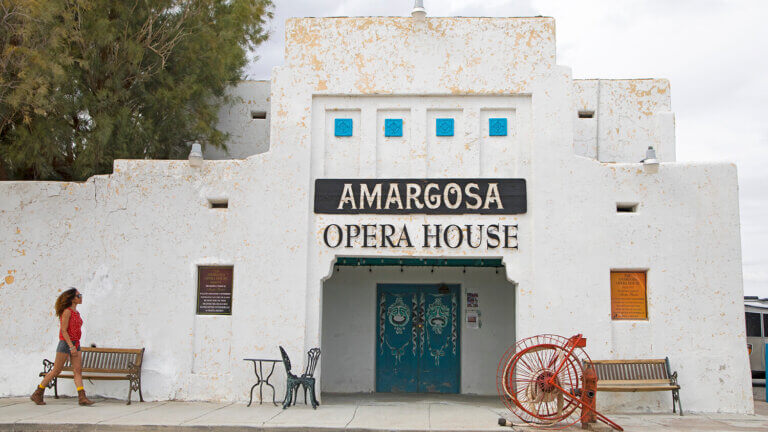 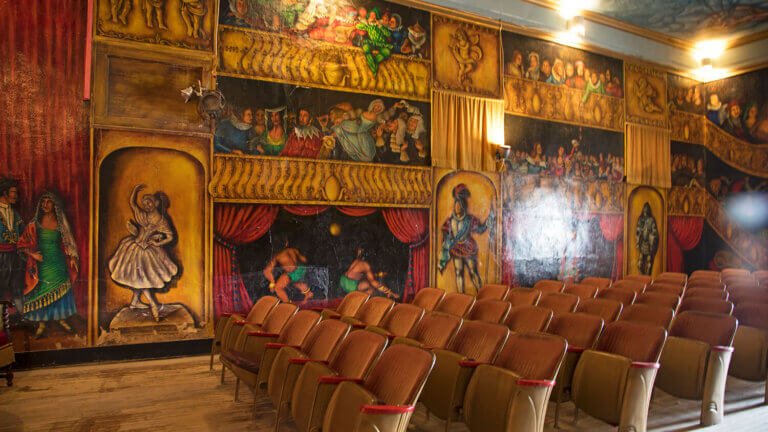 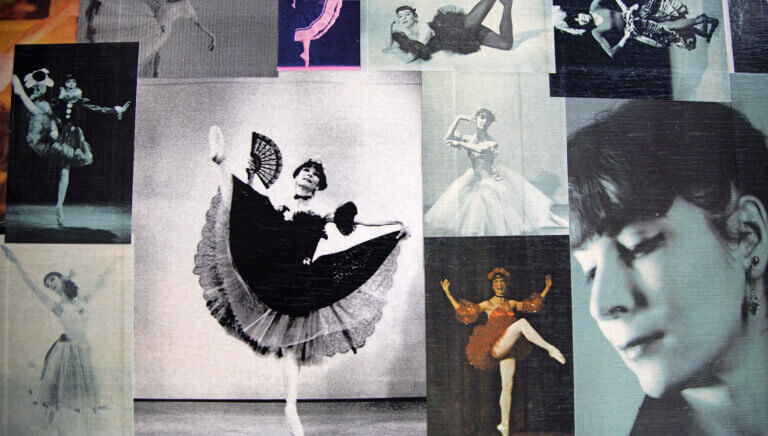 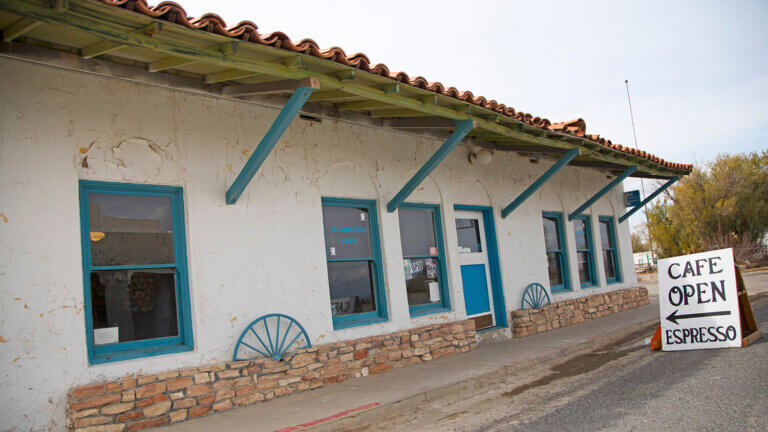 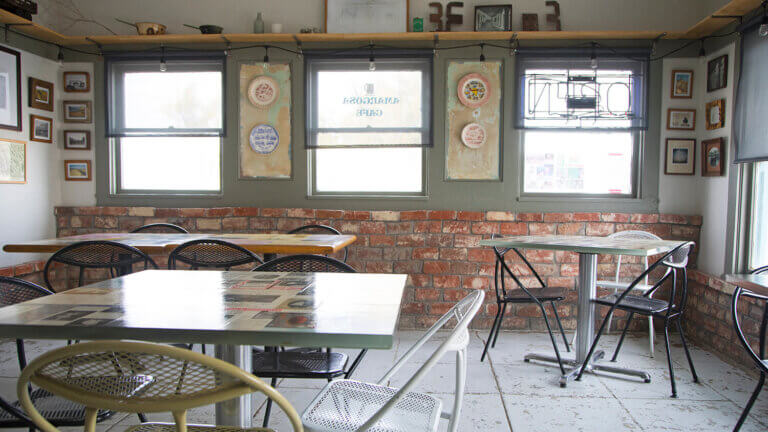 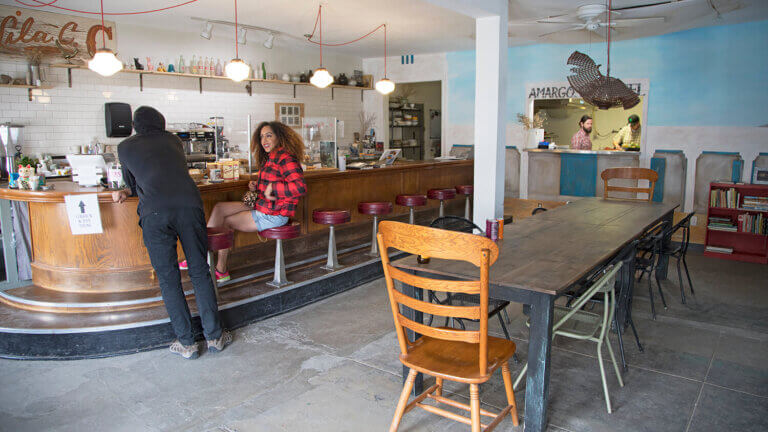 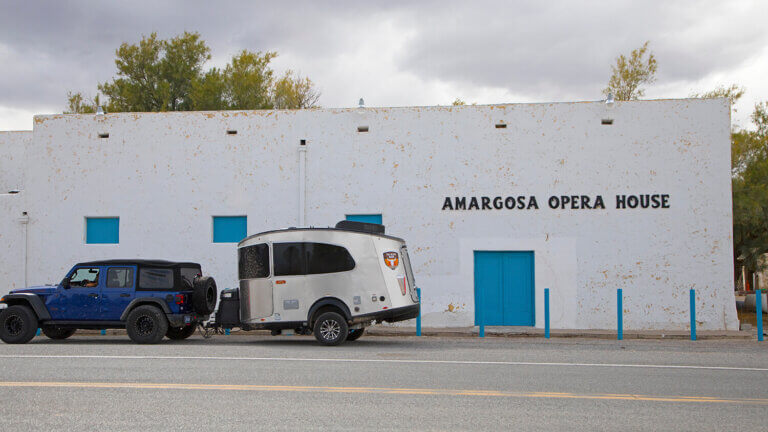 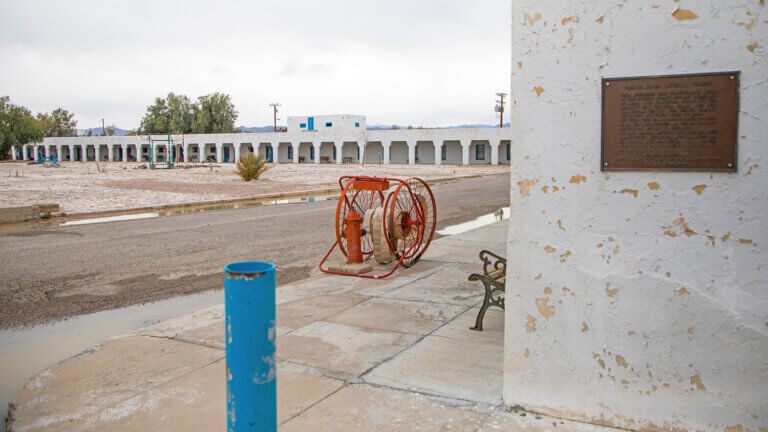 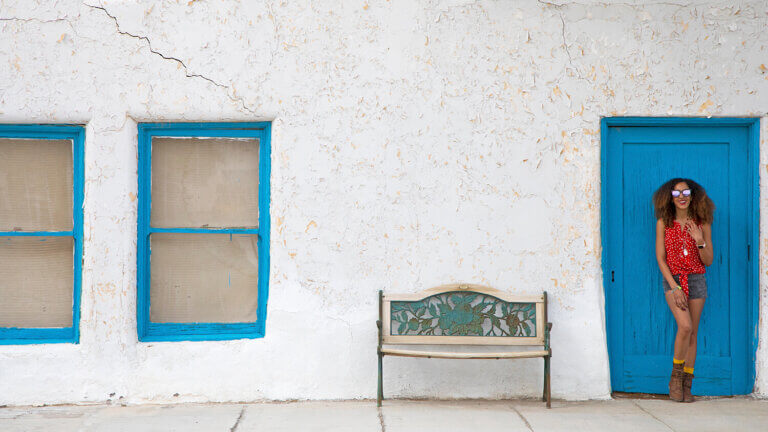 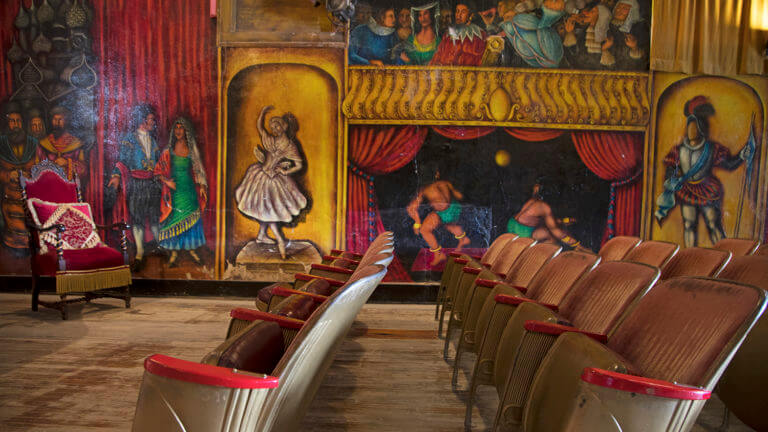 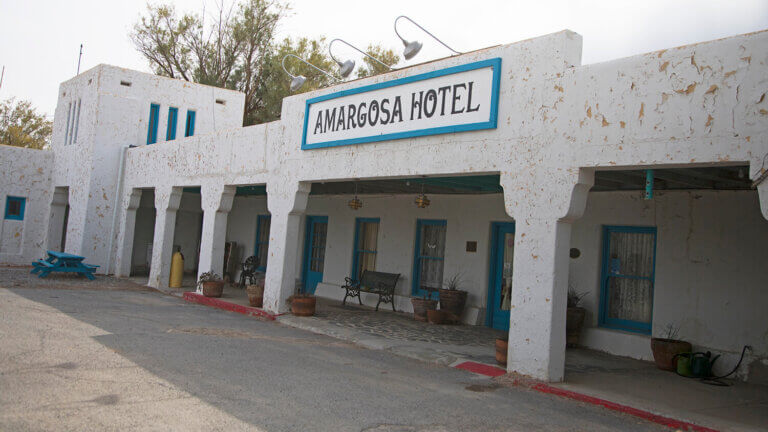