Is there a better way of grabbing onto Nevada’s storied silver rush, than to experience a place that sprung to life because of it? With Nevada home to more than 600 ghost towns—Nevada is more than actual populated towns—they’re all around us. Some have fallen victim to time, while others are still around for us to embrace. And, whether it’s adventure, a photo op you won’t get anywhere else, or to experience a part of the West that’s still wild, the choice is clear: head head for Cherry Creek Ghost Town.

Though the current population in Cherry Creek today is less than 70 people, the place was whistlin’ a different tune in the early 1860s, before Nevada was part of the Union. Though a gold and silver bonanza was discovered in the region just north of present day Ely, it wasn’t until the 1869 completion of the Transcontinental Railroad that Cherry Creek would experience a true boom. The railroad, connecting the East to West delivered a serious population boom, bringing prospectors to Elko. There was so much gold and silver discovered in this region, that a hard to imagine five separate statecoach companies competed for de-training passengers. From there, the race was on to deliver their passengers to places like Hamilton, Treasure City, and Cherry Creek to stake their claims. 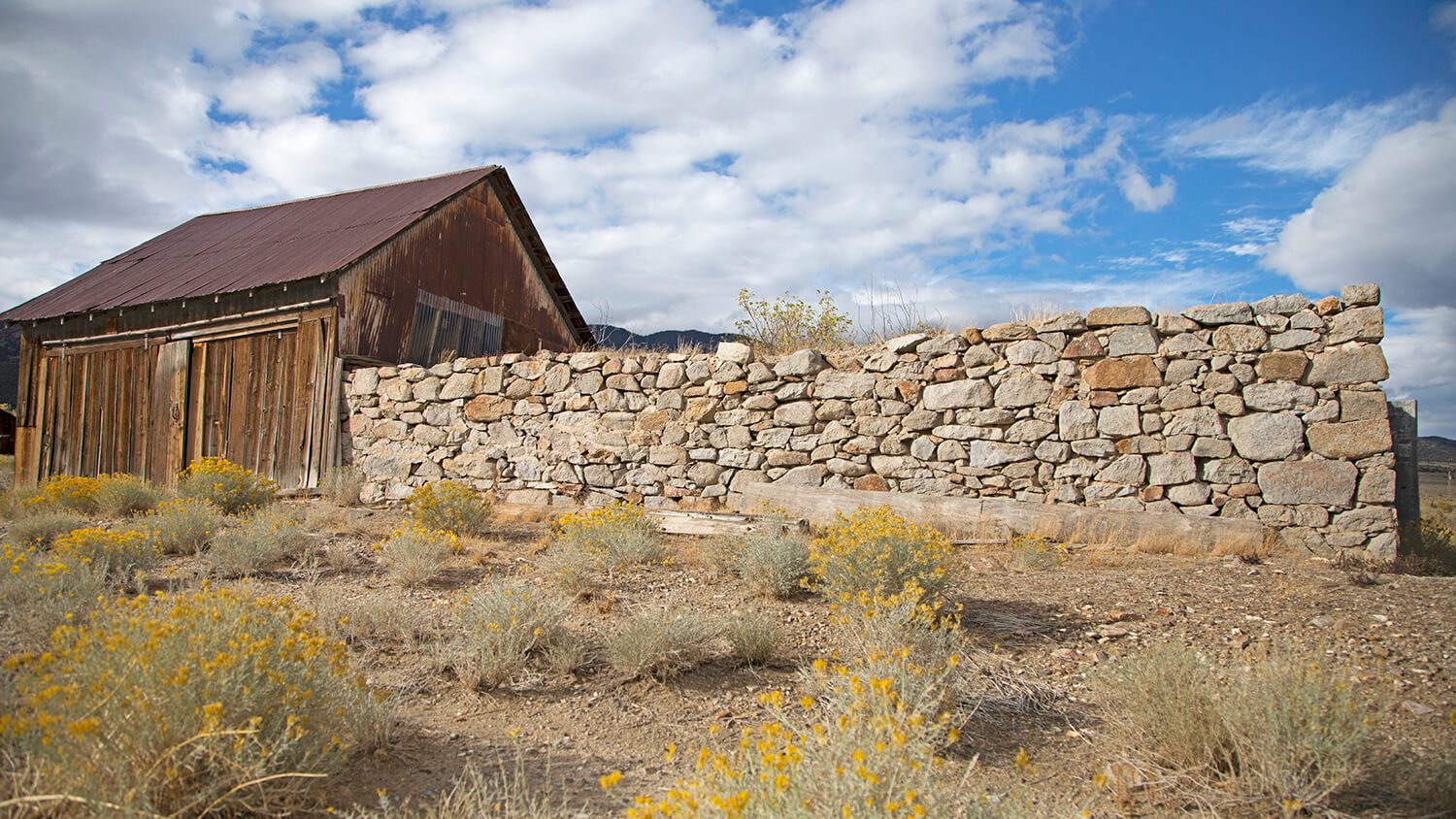 By 1873, Cherry Creek had transformed from a blip on the radar to a textbook boomtown, boasting 6,000 residents, with all the finest accoutrements to go along with it. Cherry Creek had world class amenities in an unlikely place, including a luxury hotel, a school, many boarding houses, restaurants, and in true #NVGhostTown fashion, more than 20 saloons. Wells Fargo Bank opened a station in Cherry Creek, and the town also debuted an official post office as mining profits and population peaked.

The area saw an additional boom once more in 1882, when mining profits and population both peaked. Just one mine was responsible for pumping out one million dollars in gold bullion, and the population swelled to 7,800. Life was good, until a financial crash wiped out the local economy, resulting in the closure of many mines and a serious population decline. By 1888, a fire destroyed most of Cherry Creek’s business district, pushing most who still lived here to more prosperous places.

Cherry Creek experienced a few different mining revivals throughout the 1900s, but population hasn’t crept above 100 people in decades. There are still about 20 permanent residents living in Cherry Creek, many of which standing next to buildings original to Cherry Creek’s heyday. 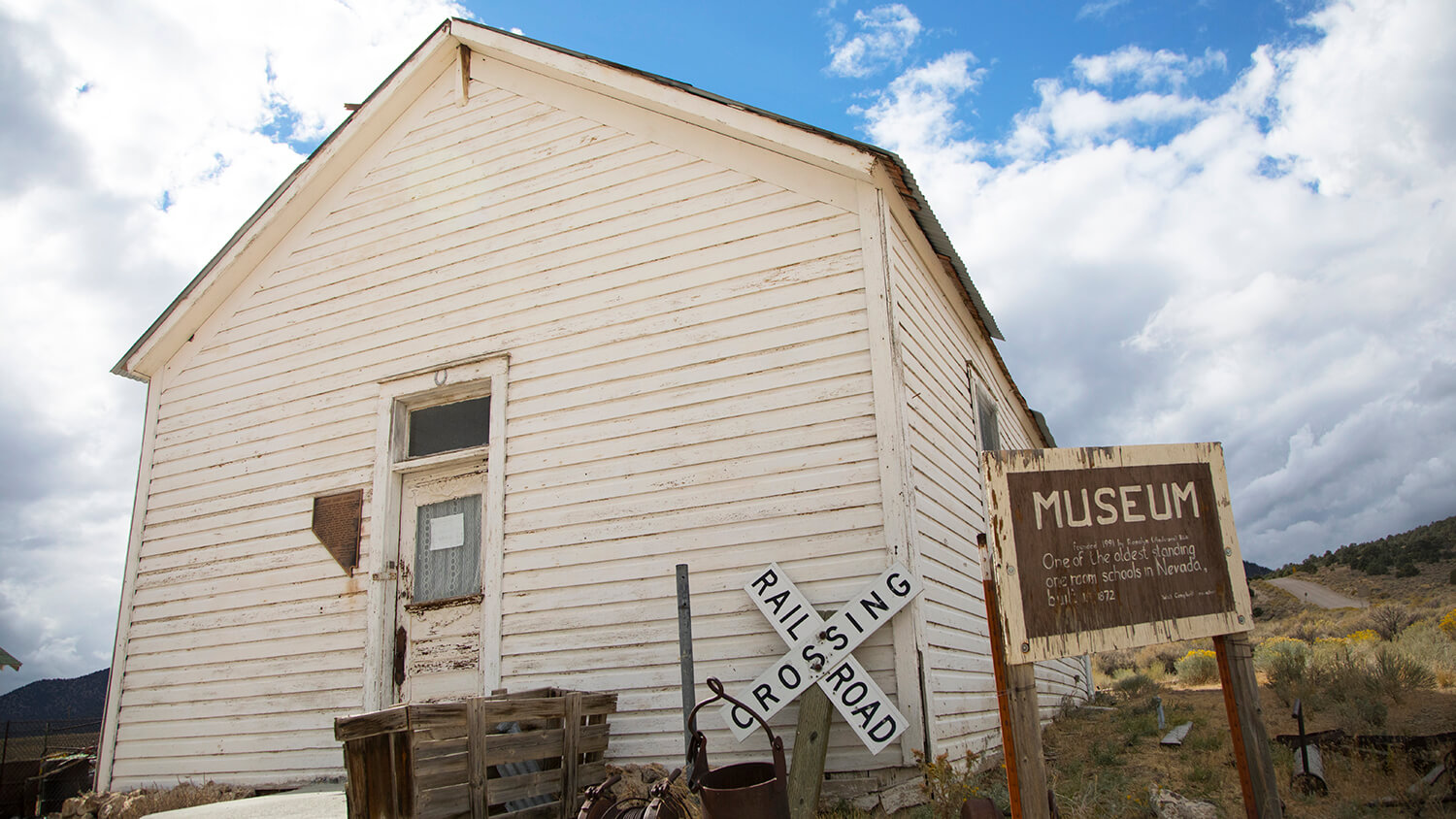 The main attraction to see and experience is the original Cherry Creek School, which is one of the town’s two oldest structures. Built in 1872, the school once served 56 students—hard to imagine in a one room schoolhouse, right?—and operated until 1901, when a gasoline-fueled lantern exploded and burned several buildings nearby. The schoolhouse narrowly escaped complete devastation, but rebounded to serve the community until 1941. Today, the schoolhouse has been converted into a museum, which is open by appointment only. For a robust look into Cherry Creek’s past, this is just the ticket, housing artifacts from American Indians who first occupied the area, to Pony Express Station artifacts, mining artifacts, relics important to everyday life in early Cherry Creek, and of course original mementos from the schoolhouse itself. 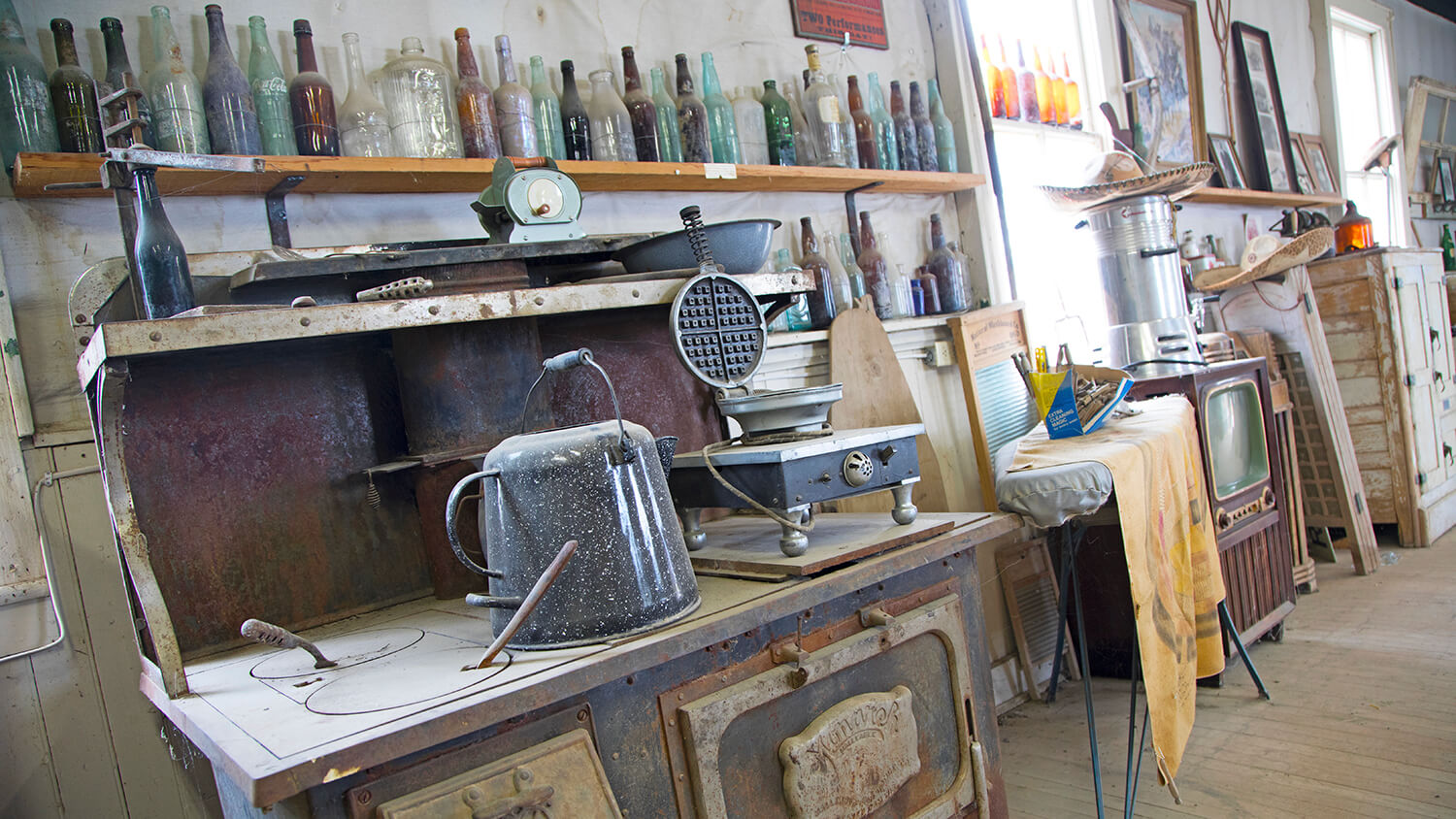 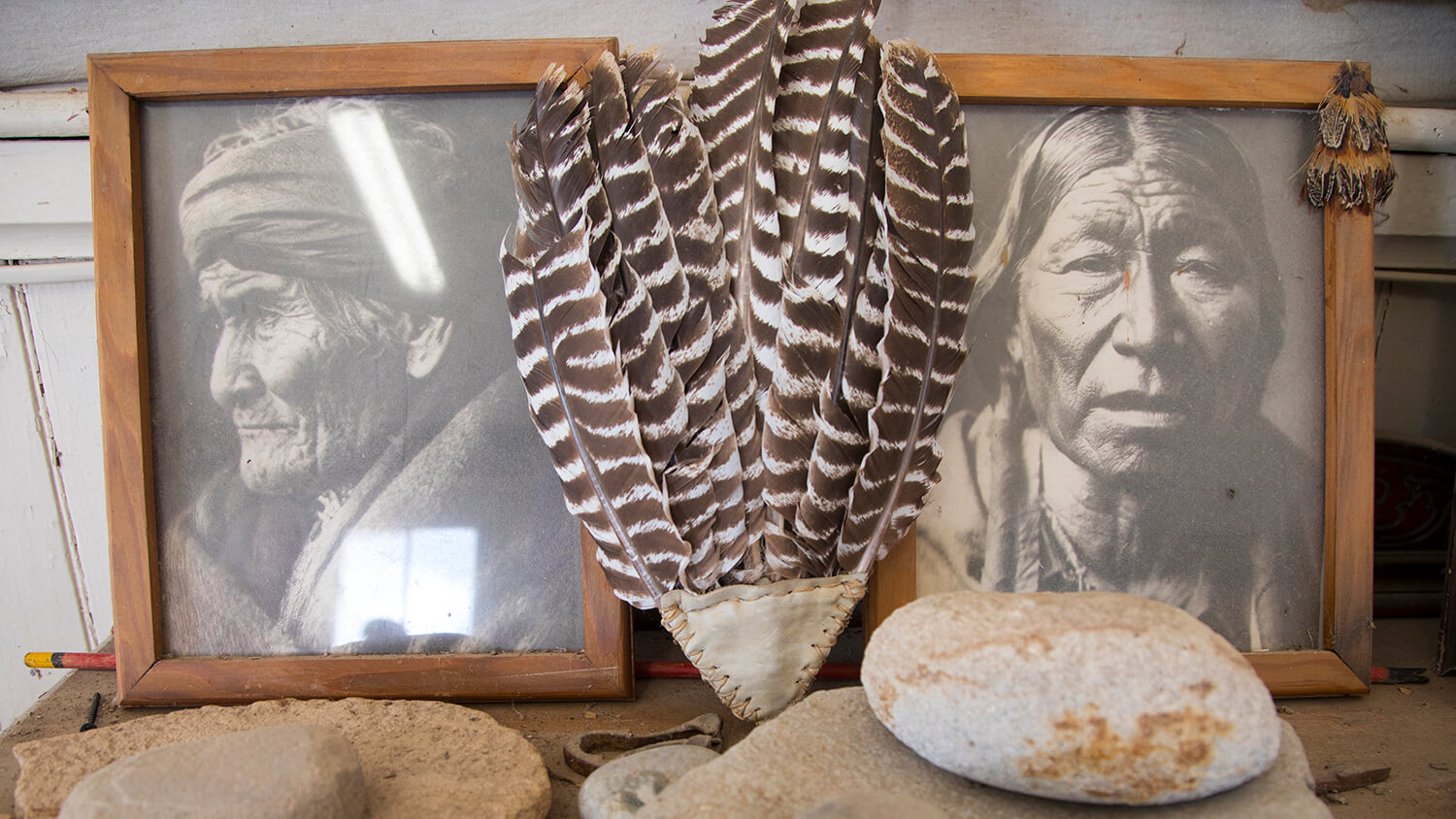 When visiting the area, also be sure to check out several historic cemeteries, and some original ruins from Cherry Creek’s profitable days. Though there are some seriously fascinating historic structures just about everywhere you look, remember that these buildings are all owned by someone, and trespassing without permission is not only poor form, it’s illegal. Get into it and enjoy it in every way you can, just don’t pillage, and never take anything. 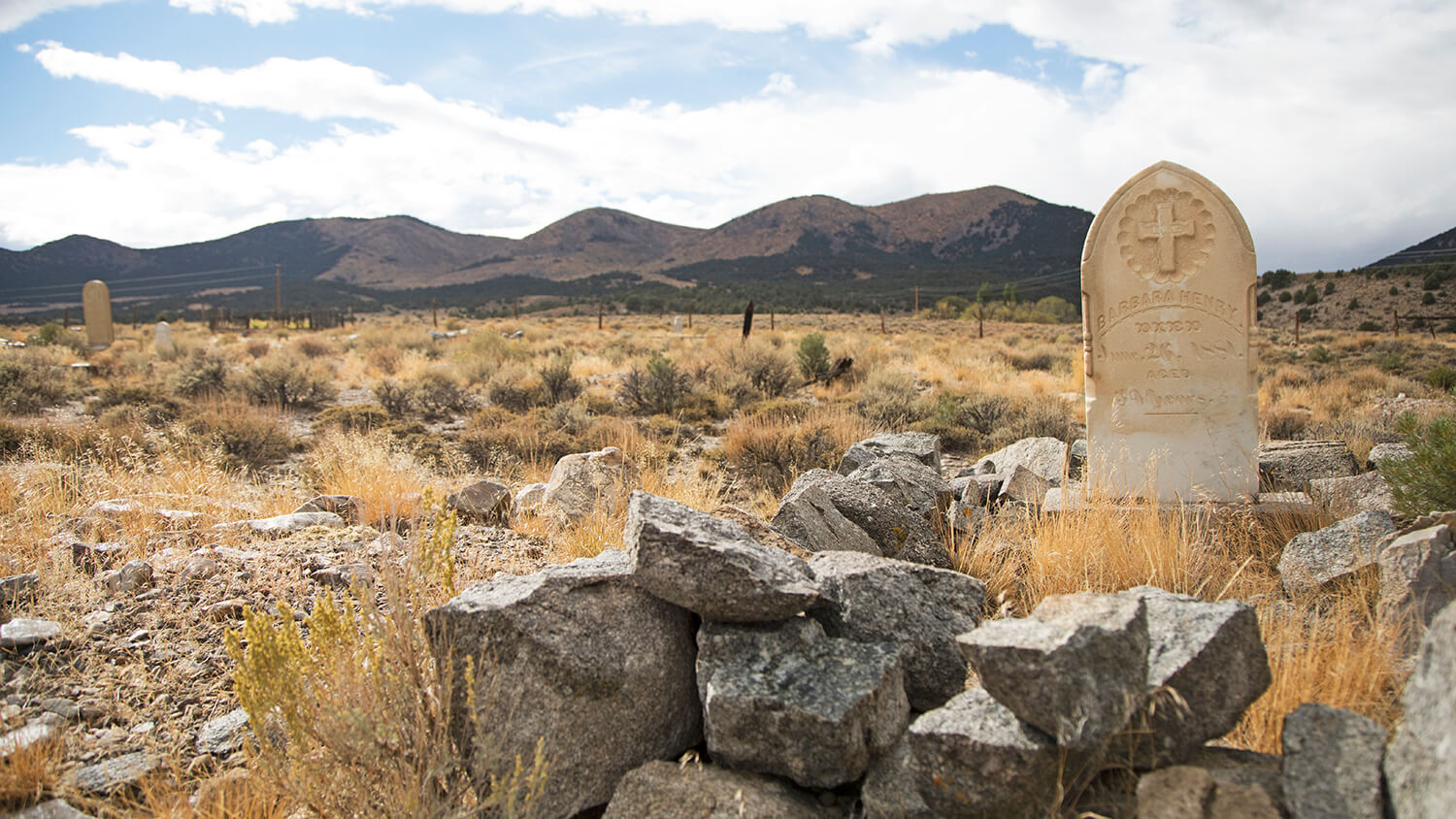 Travel Nevada PRO TIP: Interestingly enough, the original railroad Depot and adjoining private residence that once stood in Cherry Creek has recently been relocated to downtown Ely and is part of the White Pine Public Museum. The entire, complete structure has been restored, is outfitted with artifacts of the era, and looks like a straight up movie set. Be sure to round out your visit to Cherry Creek Ghost Town with a visit to this impressively restored historic structure! 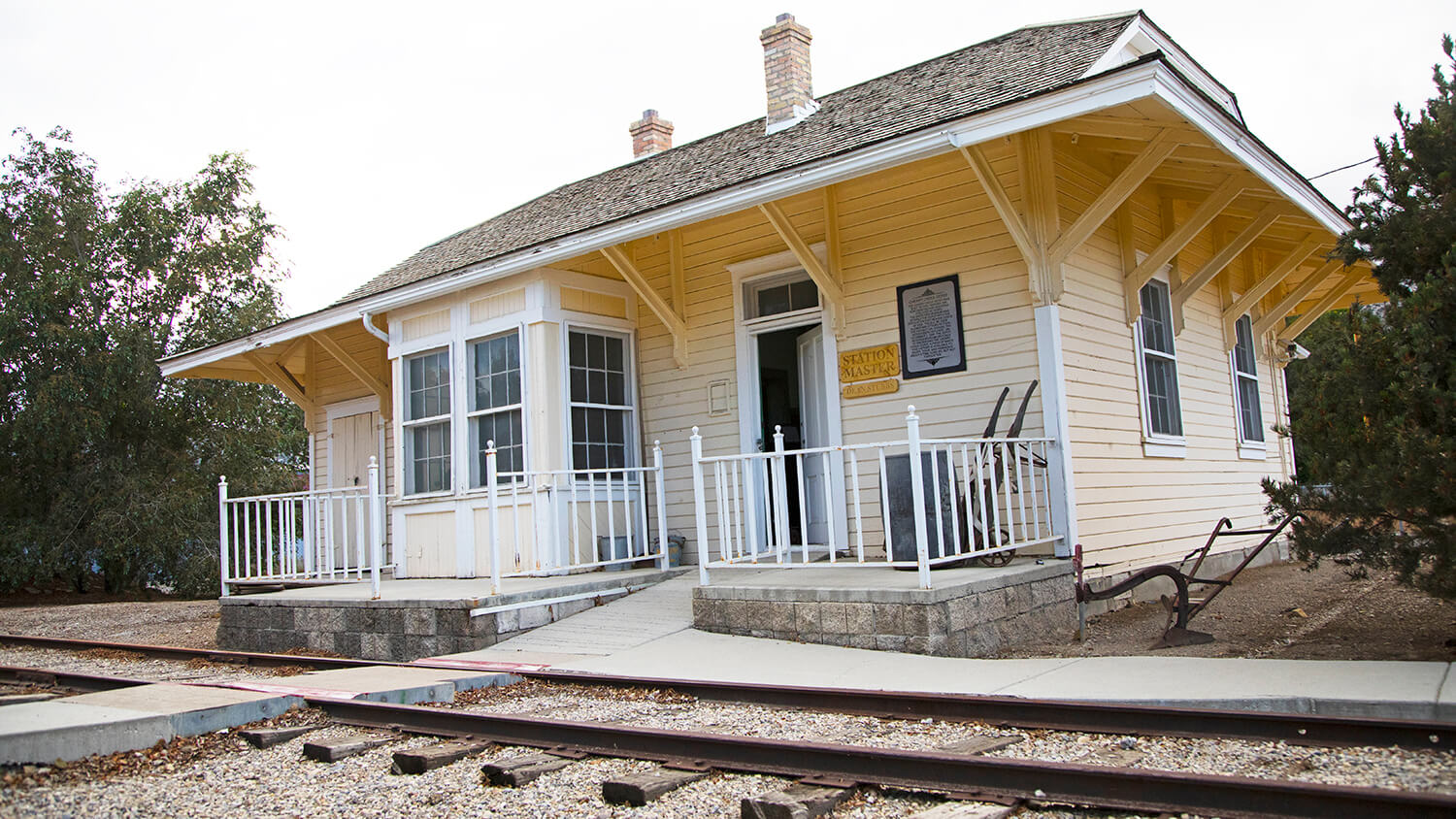 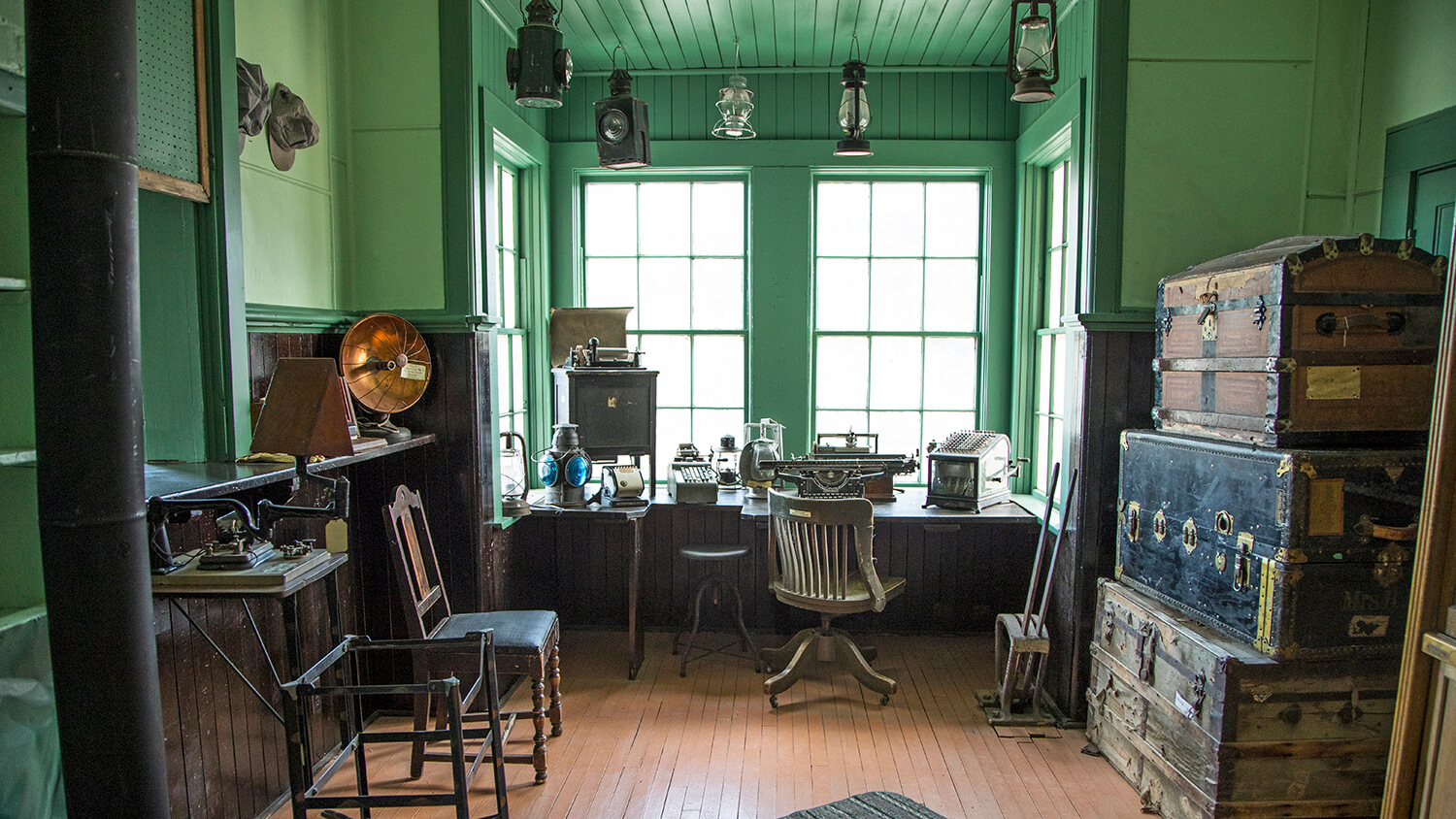 From downtown Ely, head north on U.S. 93, through the town of McGill. From McGill, continue north for about 25 miles to the marked Cherry Creek turn off. Head west of U.S. 93 on the marked turnoff on a paved road for about 5 miles. As you roll into town, keep your eyes peeled for a Nevada Historical Marker on your right. The Cherry Creek Museum is a white building, and will be a few blocks into town, on the left hand side of the road. For more information on planning your trip to Cherry Creek Ghost Town and the surrounding Ely area, please Ely’s Visitor Center, or dial (775) 289-3720. 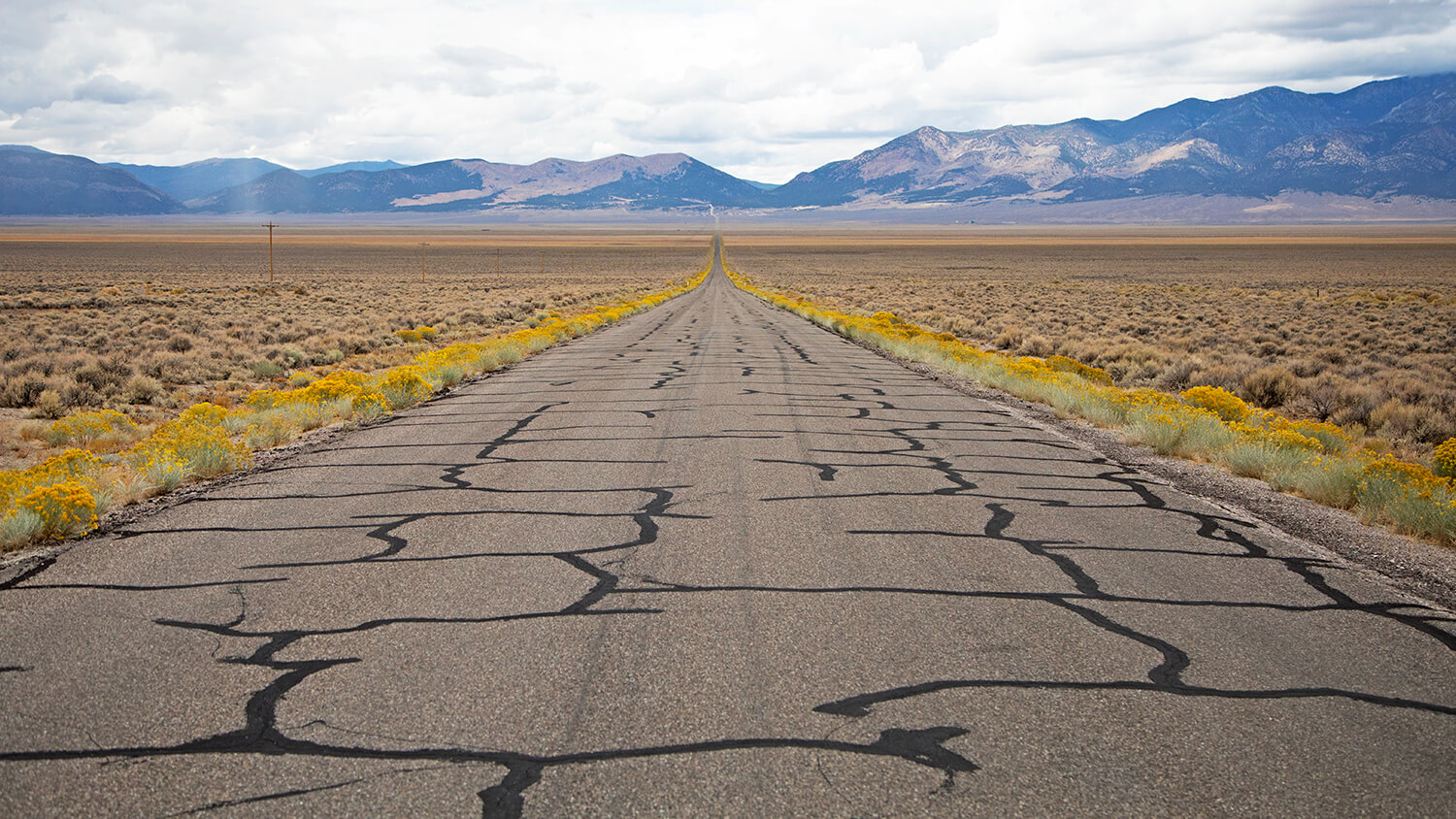 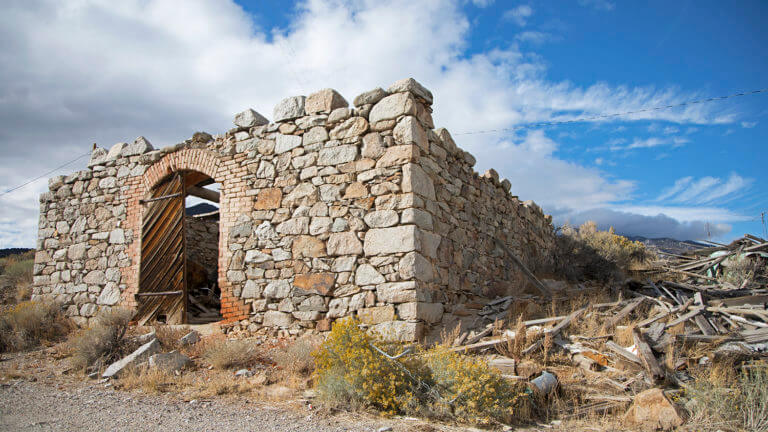 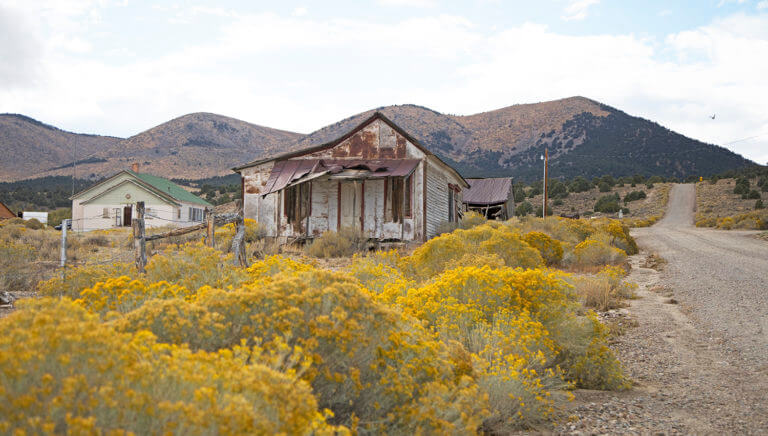 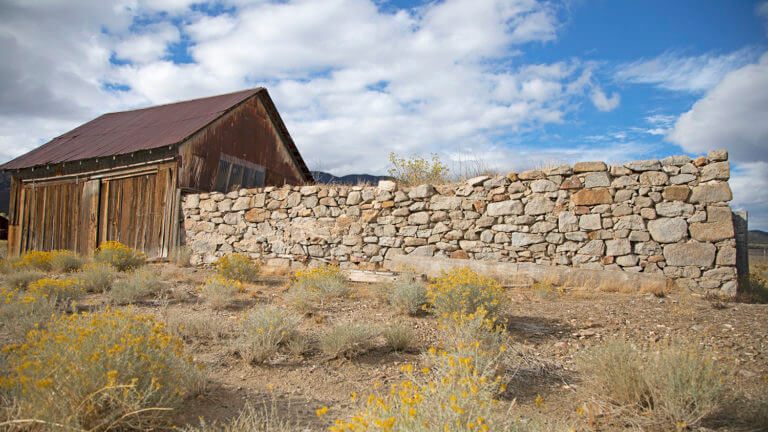 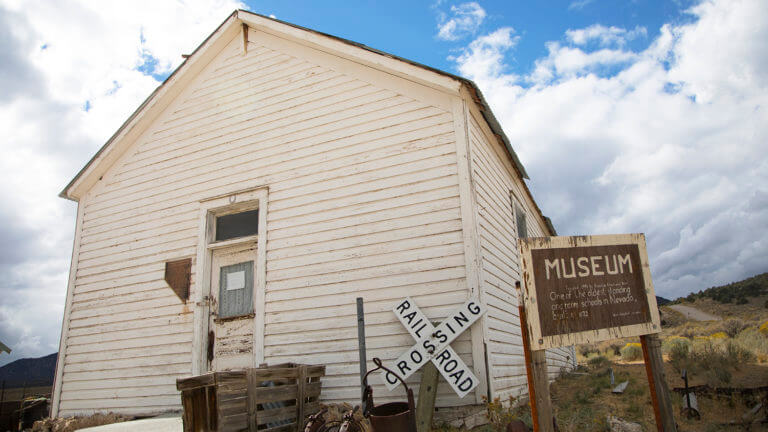 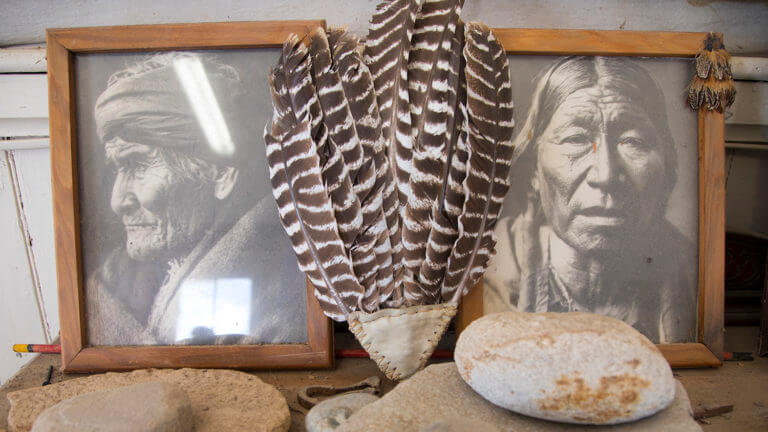 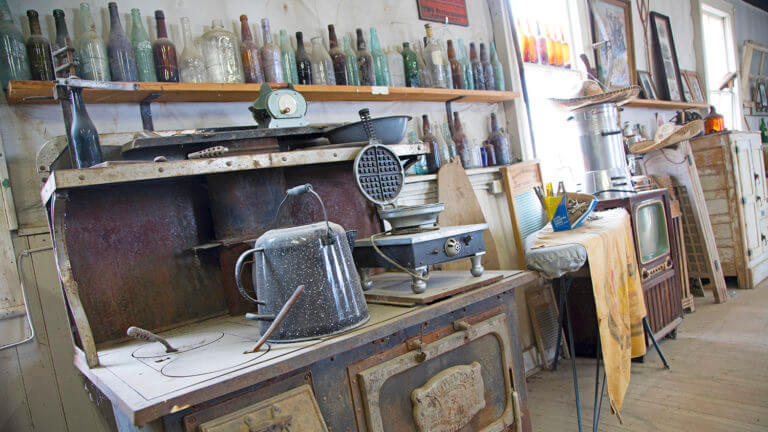 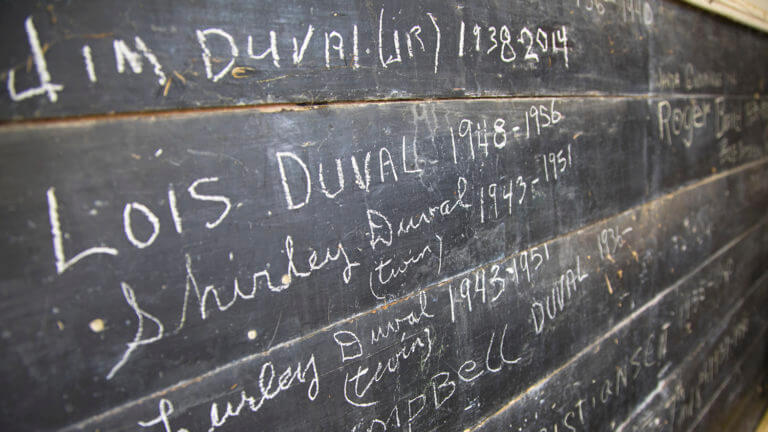 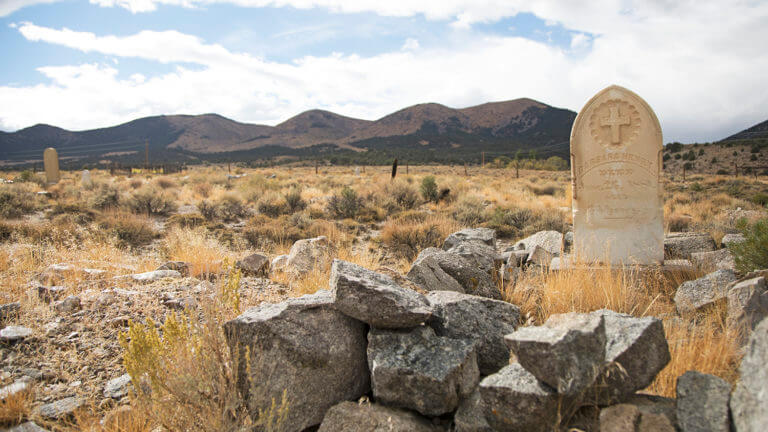 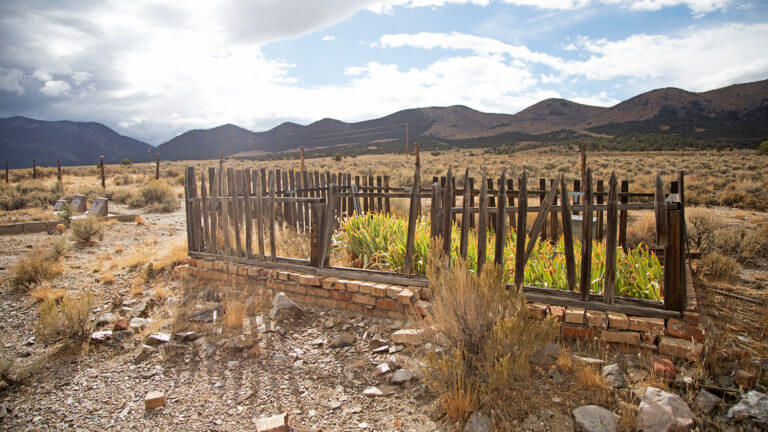 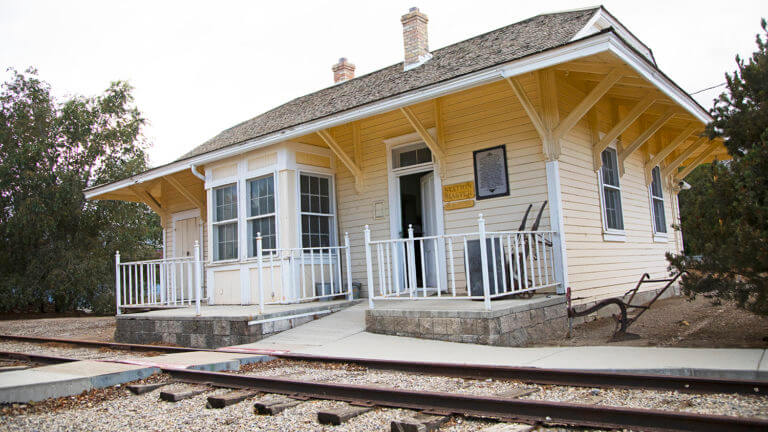 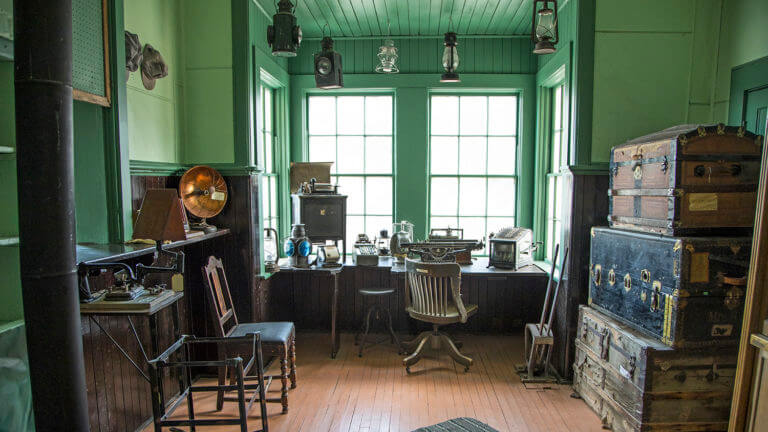 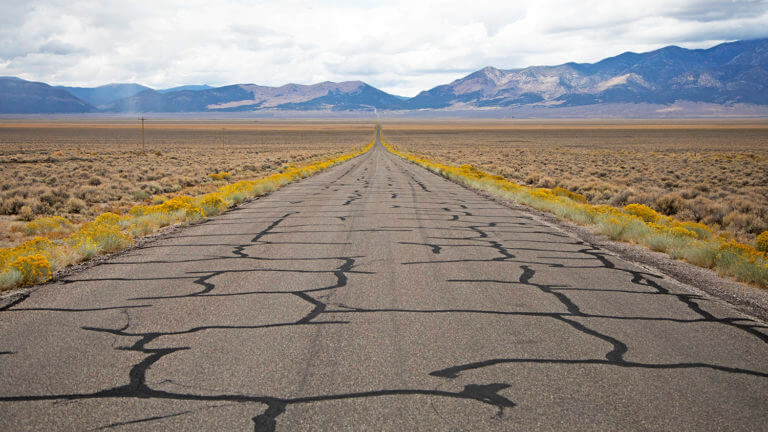