History of the Goldfield School

Around the turn of the 20th century, when Tonopah’s silver cache was already in full-scale production, Goldfield’s ore wealth was still yet to be discovered. However, in 1902, prospectors Harry Stimler and William Marsh made a claim near Goldfield, which turned out to be profitable beyond their wildest dreams. From there, Goldfield sprang to life, creating a true boomtown in every sense of the word, attracting famous gunslingers, prospectors, and “ladies of the night” from all over the nation. Goldfield became an official town in 1903, and soon earned its reputation as “The World’s Greatest Gold Camp.” After many saloons, banks, and assay offices answered the predictable boomtown call, the town’s quickly swelling population and unusually evident longevity eventually necessitated a school. Between 1906 and 1908, four schools were built in Goldfield.

The type of wealth coming out of those mines was only a glimmer in the eye of most Americans during the early 1900s—but in Goldfield, luxury was standard. Thus it was decided that the same standards should be afforded for the town’s children. In 1907, renowned architect J.B. Randall’s design for a three-story, 19,656 square-foot building came to life. The property featured 12 classrooms, an auditorium, two offices, two bathrooms, four storage rooms, and an extra-large attic that was also likely used for storage. In its first year, a whopping 125 students enrolled, staffed by 25 faculty members.

As is the case with most Nevada ghost towns, Goldfield’s looming fate did eventually set in. The mines became less and less profitable, prompting the population to move on to the next booming mining camp to continue chasing their fortunes. By 1918, three of the schools had closed, and all grades were relocated to what is now Goldfield Historic High School. In 1947, grades 9-12 were bussed north to the town of Tonopah, and only the lower grades used the ground-floor classrooms. By 1953, the school was completely abandoned, due to an increasingly weak foundation.

Today, Goldfield Historic High School is one of two historic schools that remain; the other two were lost to a series of natural disasters (two massive fires and a flood) that occurred within a decade of opening, and the other now functions as the local library. Local historians have logged countless hours in the past decade or so preserving this incredible property, applying for and receiving hundreds of thousands of dollars in state and federal grant monies to bring the property back to life. By 2022, nearly the entire exterior structure had been historically preserved, with future efforts focused on restoring the historic integrity of the interior of the building.

Ghost hunters often find the building to be ripe for paranormal sightings. Potentially haunted classrooms may very well contain the ghosts of Goldfield, after all.

Goldfield High School Tours are made by appointment only.

The 90-minute Goldfield Historic High School tour costs $20 arranged by appointment only. For specific details about the tour, and schedule an appointment, get in touch with Goldfield Stop Inn proprietor Jeri Foutz at (775) 485-3738 or (541) 218-8236.

Though a portion of the admission proceeds does in fact go directly toward the preservation of the Goldfield Historic High School, this enriching cultural center depends on donations to continue preservation efforts. These contributions help with establishing and preserving museum exhibits (like the classroom found on the first floor of the school) and support future additions to the property. When visiting this valuable historical resource, please consider making a donation, or becoming a member of the Goldfield Historical Society, which you can do here. 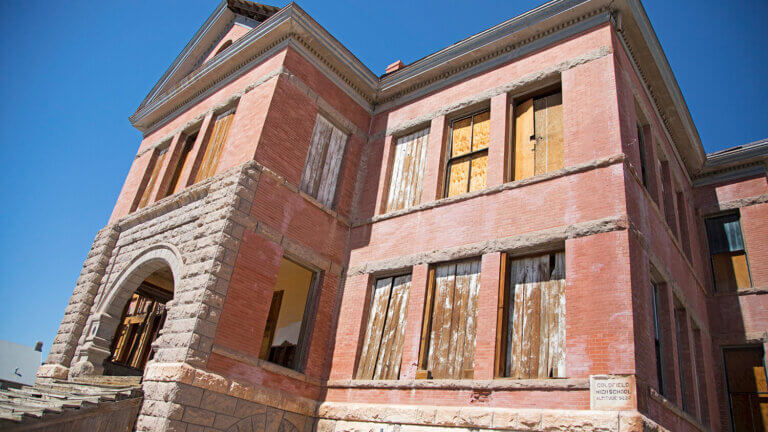 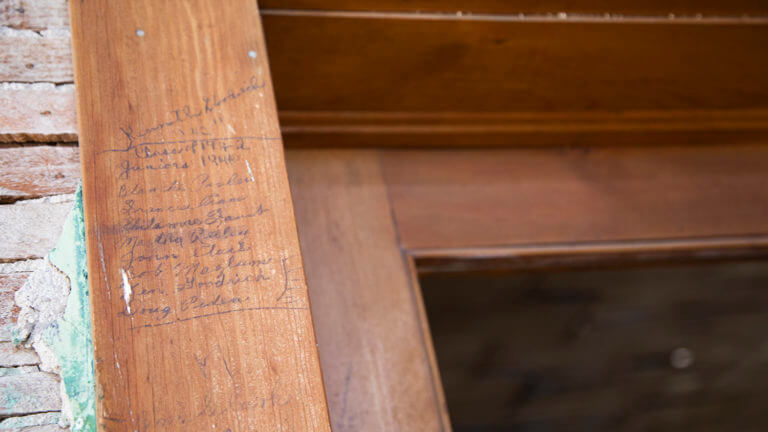 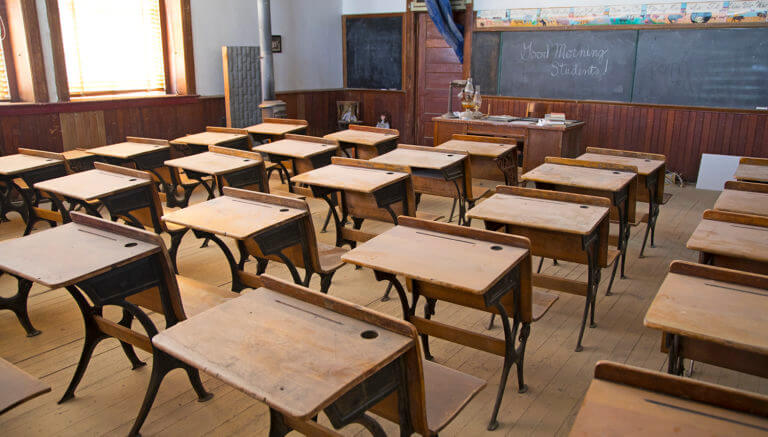 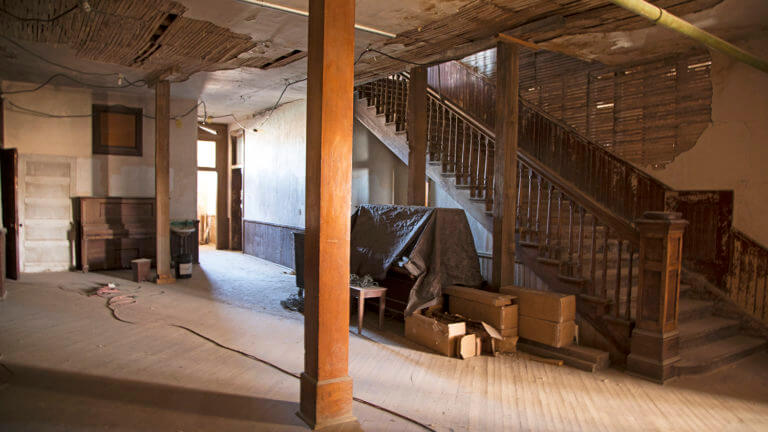 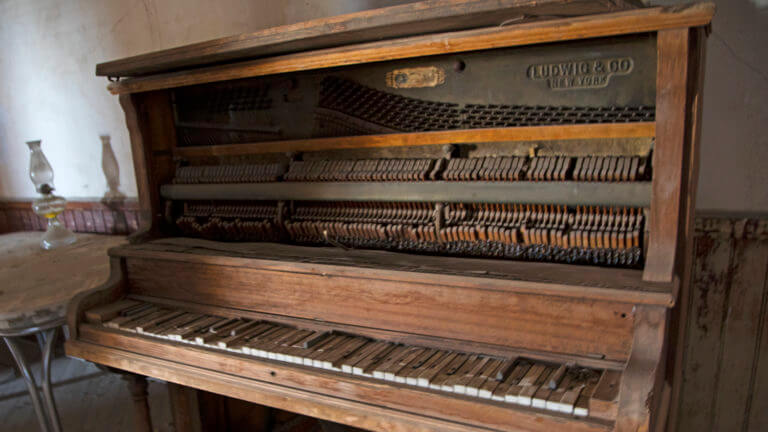 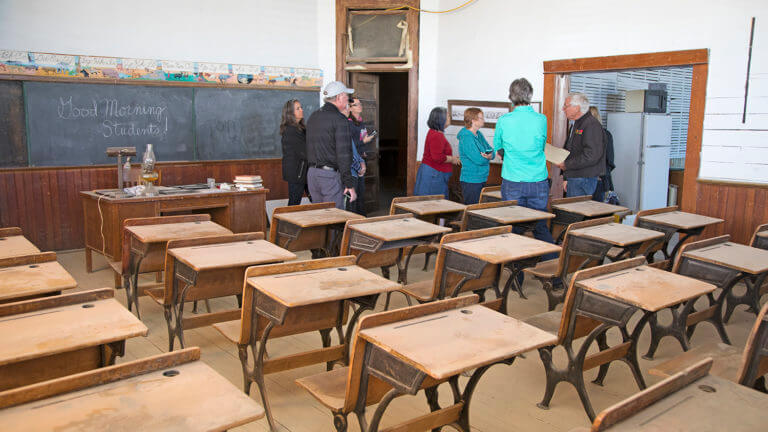 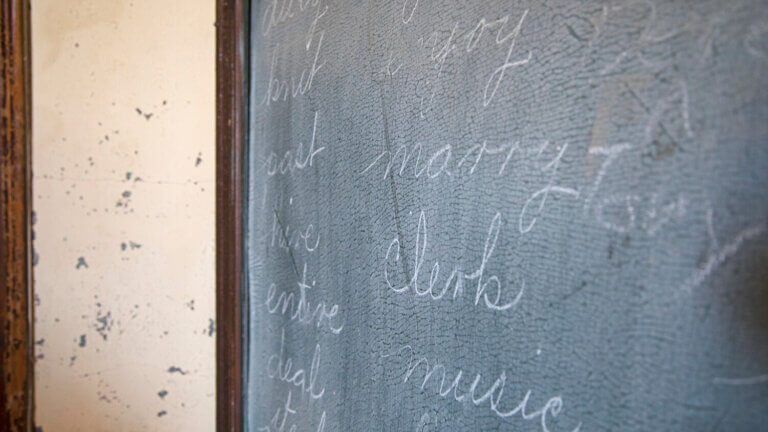 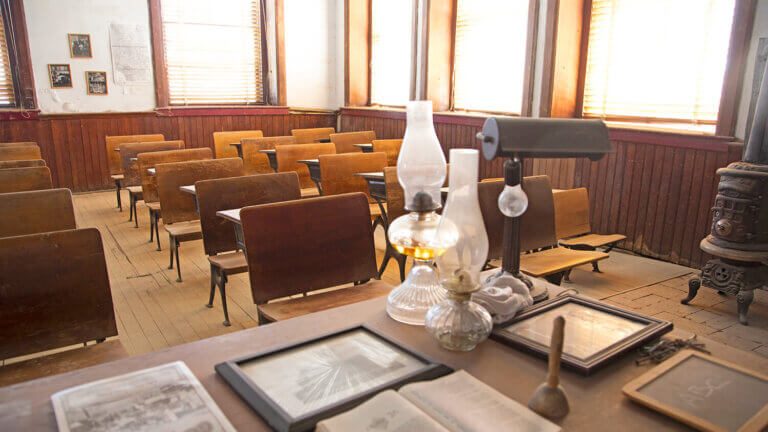 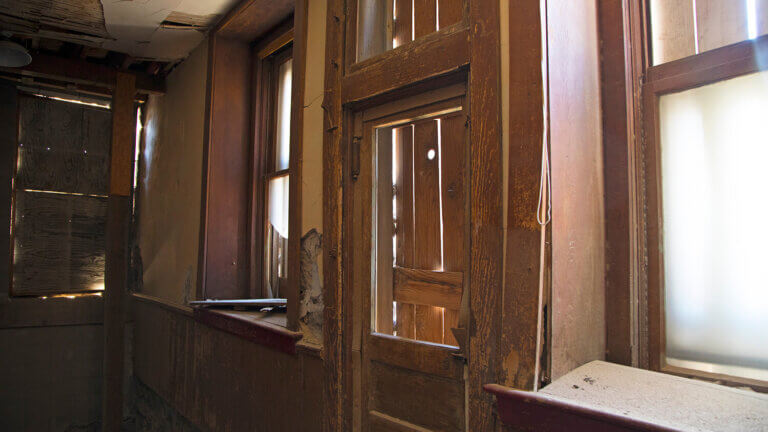 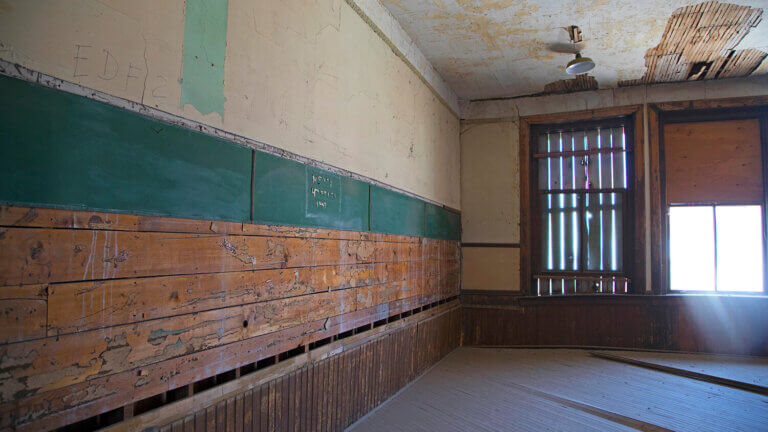 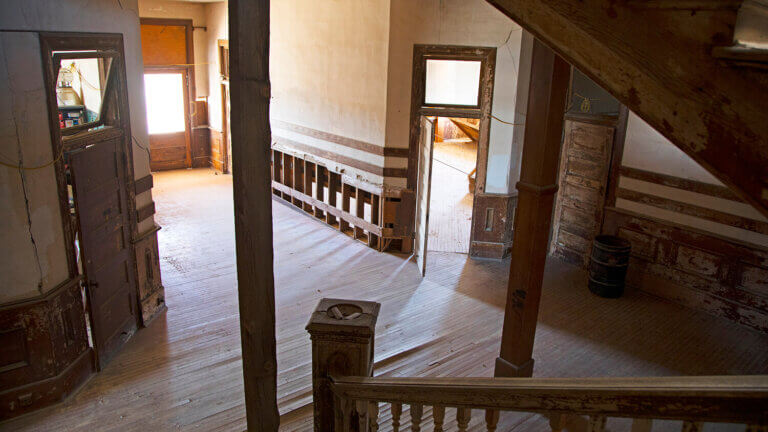