What better way to appreciate the fascinating history of one of the last great mining camps in the American West than exploring an institution that’s remained for more than 100 years? Not only that, but a place that started as a county courthouse and has remained as a county courthouse? That, my friends, is not a very common tale, but somehow Goldfield has pulled it off with some serious style.

With in a few short years, Goldfield evolved from a small mining camp to the largest city in Nevada, all thanks to a massive silver strike. In fact, Goldfield was not only the largest town in Nevada, but one of the most celebrated boomtowns in the nation. During its boom years from 1902-1910, the community had lavish features that were modern, and hard to come by in most other American cities. Goldfield had beautiful office buildings, storefronts, saloons rumored to staff 80 bartenders at once, newspapers and some of the fanciest hotels in between Denver and San Francisco. That is, up until a handful of natural disasters ripped through Goldfield in the early 1920s, devastating much of Goldfield’s luxurious amenities. Very few survived, making them all the more special and a qualifier of your time – like the Historic Esmeralda County Courthouse.

Interestingly enough, many of Nevada’s county courthouses that were built in a similar time frame were ultimately left abandoned as everyone moved out of town and flocked to the next big mining camp. That’s not the case when it comes to Goldfield… not even close. The Historic Esmeralda County Courthouse has served as the county courthouse for the county since it opened in 1907, and is protected under the greater Goldfield Historic District. The best part about it? It’s a living, breathing museum, considering this is still the spot for locals to get their hands on a marriage license, pay a ticket, or renew their driver’s license.

That whole still-in-use as a courthouse situation is a bit of a mindblower in and of itself, but the history that has been masterfully preserved is the real show stopper. When visiting, count on seeing tons of furniture original to the courthouse, 1907-style fire hoses bolted to the walls, and features that nod to Goldfield’s glory days, like original Tiffany and Co. lamps. An original courtroom (which is still totally used today, too) is located on the second story and something that feels like an unstaged movie set. A real jail operates out of the back  – you may even see an inmate or two out back – and the judges chambers you see? Yep, those are real too.

Before you consider the Esmeralda County Courthouse officially ticked off the list, make note of the Gans vs. Nelson monument directly in front of the courthouse, too. This is significant to our national history for two reasons: this lightweight championship is not only the record holder for the longest fight in modern boxing history, but important because it was America’s first fight in which a minority came out on top. It might not look it to the average passerby, but to a boxing fan, this right here is holy ground.

The Historic Esmeralda County Courthouse is open during standard business hours only, Monday thru Friday from 8:00 AM to 5:00 PM. To inquire about specific details, please call (775) 485-6367.

Though admission to the Historic Esmeralda County Courthouse is free, this masterfully preserved working museum greatly appreciates donations to continue preservation efforts. As a window into Nevada’s Wild West past and mighty gold boom days, please consider making a donation when visiting. Donations can be made directly to the Goldfield Historical Society, or to become a member yourself, click here. 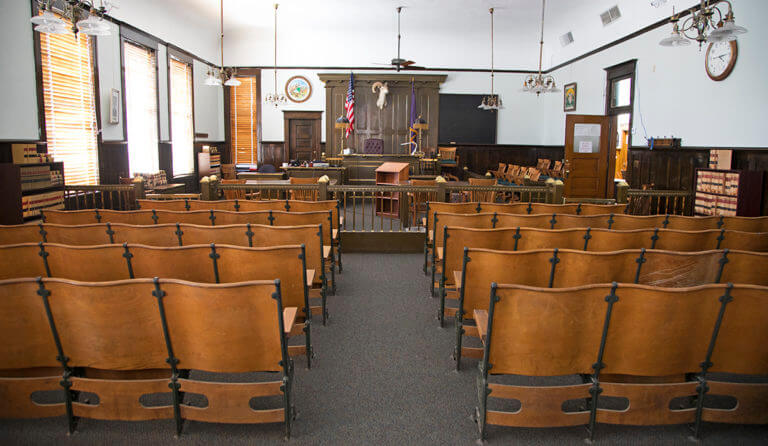 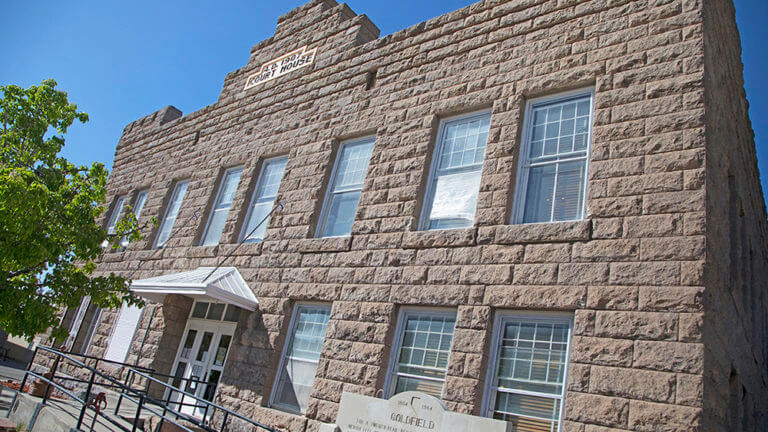 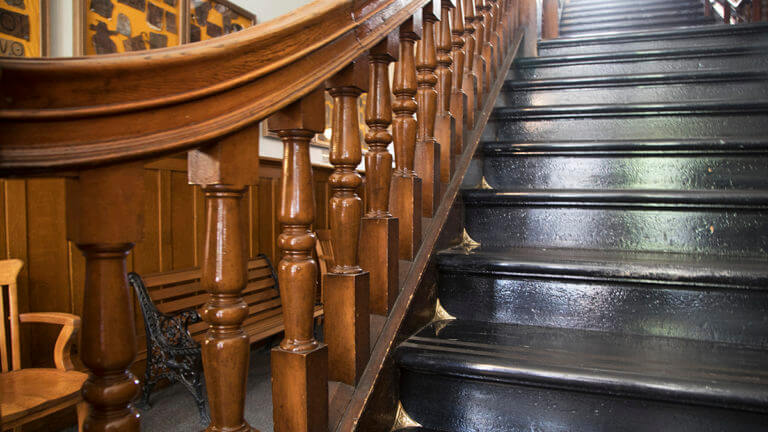 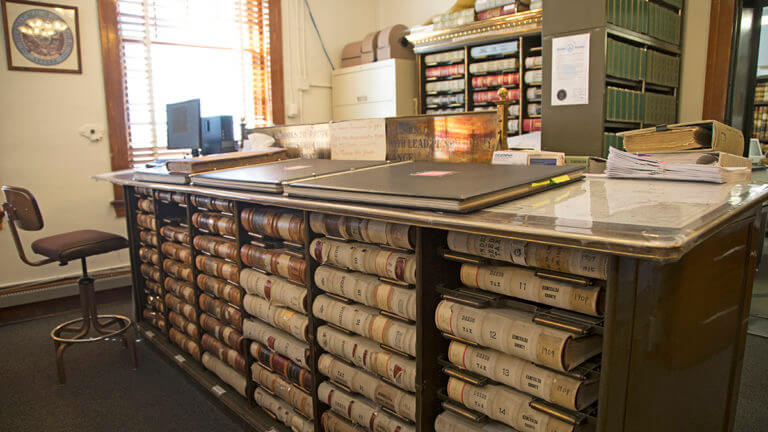 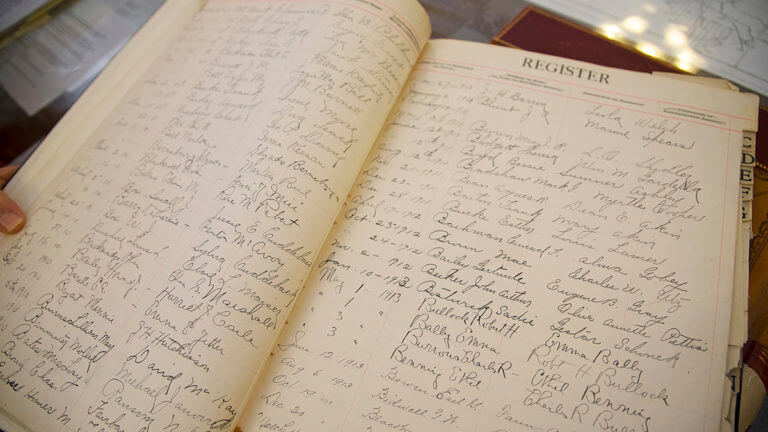 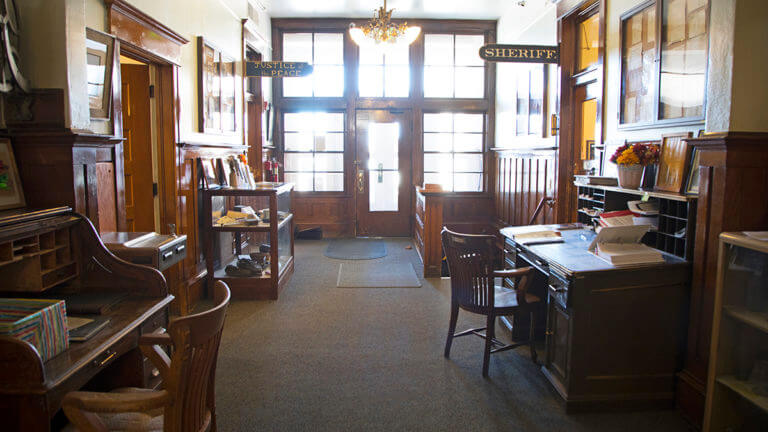 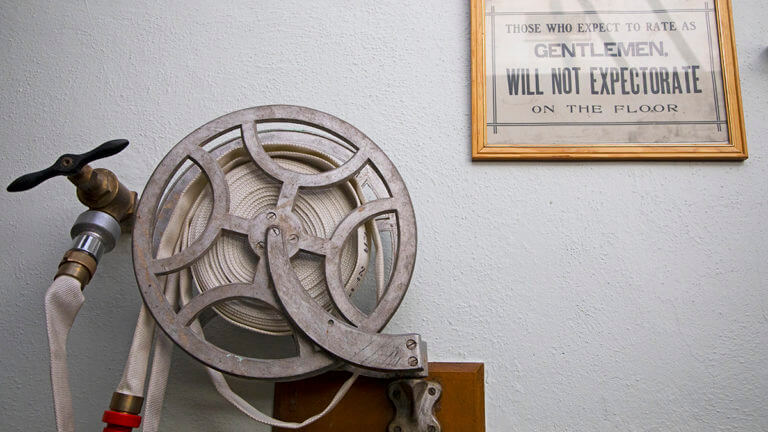 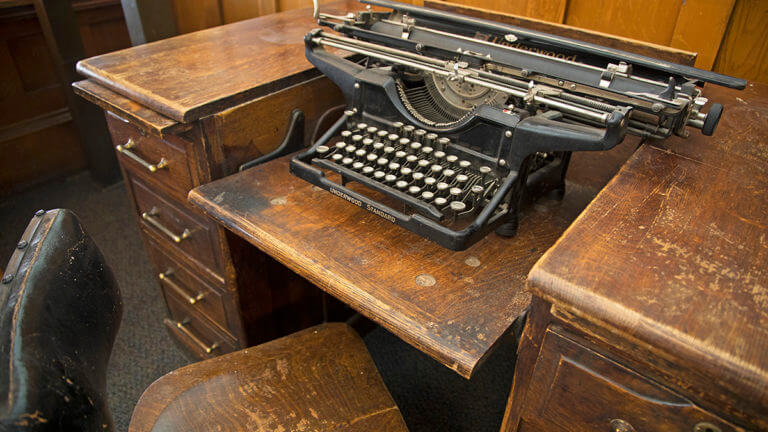 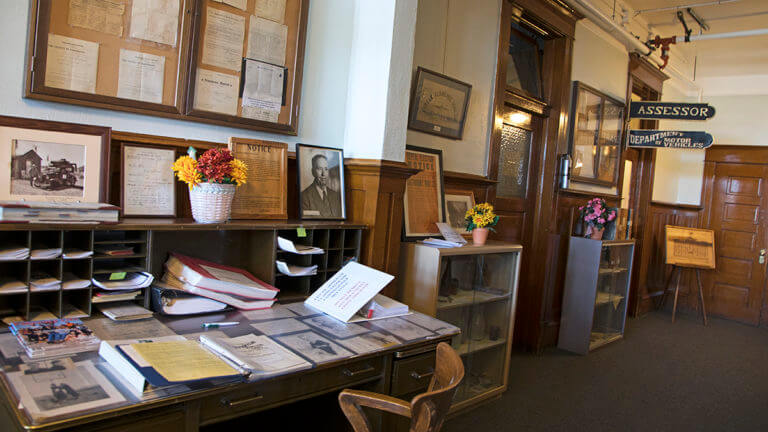 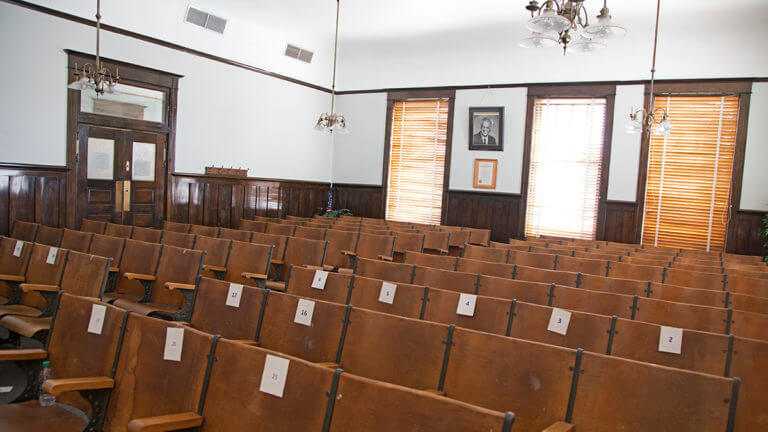 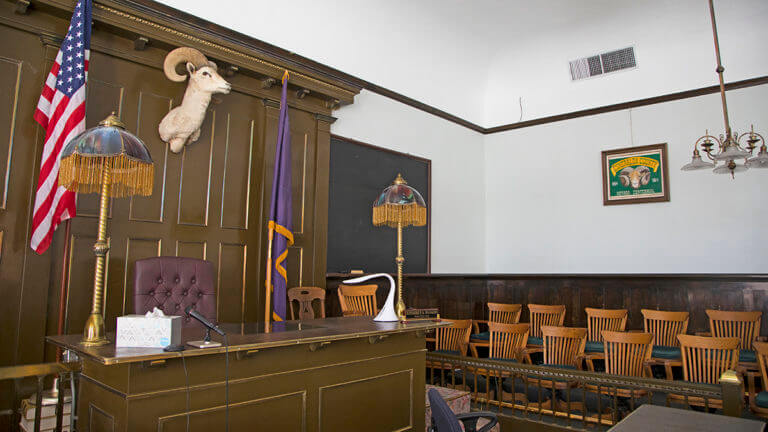 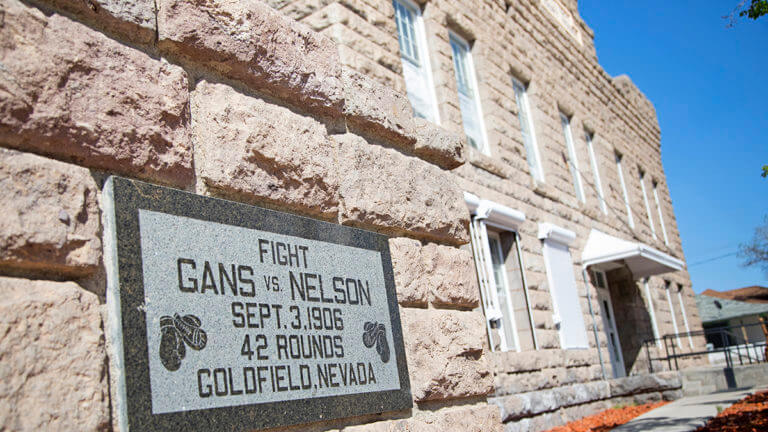