The Goldfield Hotel is one of those Nevada properties that, despite a series of natural disasters and changing hands between owners, has continued to capture global attention for decades. Goldfield sprang to life in 1902, and damn near overnight, after large deposits of gold were discovered on the surrounding hillsides. Thousands of people flocked to what was considered to be one of the last great gold rushes in the American West, catapulting the population from a few dozen to 20,000, forming the largest town in Nevada.

More than $80 million dollars in gold stemmed from the mines surrounding Goldfield, which promised nothing but the best of the best for Goldfield residents, and anyone who wanted to visit and stay in the famous Goldfield Hotel, welcoming some of the most and successful politicians, bankers, ladies of the night, gunslingers, and everyone else in between. Built in the heart of town, the Goldfield Hotel was one of the most opulent buildings in Goldfield, and acclaimed as the finest hotel between San Francisco and Denver. Champagne was rumored to have flowed down the grand staircase during the opening ceremony, which celebrated the property’s 154 rooms. Each room featured telephones, electric lights, and a heating system—all luxuries that, during the era, most people had yet to experience or couldn’t afford. The mahogany-paneled lobby was furnished with upholstered leather benches, crystal chandeliers, and gold-leaf ceilings. Plus, the property had an elevator—an extremely rare extravagance during the era—which, running at 300 feet per minute, made it the most modern elevator west of the Mississippi and the fastest in the state.

The Goldfield Hotel’s Many Proprietors

The man behind the hotel was George Wingfield, a successful and wealthy banker, mining magnate, and joint owner of the booming Goldfield Consolidated Mines Company. However, as with many boomtowns, Goldfield’s mines eventually dried up causing the population—and stream of hotel guests—to dwindle. The hotel went through a series of owners, including the US Army during WWII, and a private owner in the 1980s who sank millions into renovations, but never opened the Goldfield Hotel for business. The Goldfield Hotel’s last owner, Red Roberts, did little to change the property after purchasing it in 2003. Today, Red Roberts’ son owns the hotel, with inconsistently offered tours available. While touring this alleged “portal to the underworld” is hit and miss, you take a guided tour of the fascinating (and also plenty haunted) Goldfield Historic High School across the street.

So, is the Goldfield Hotel Haunted?

The Goldfield Hotel was once the most spectacular hotel in the state of Nevada, but today operates under a different superlative: one of the most haunted places in Nevada, if not the entire United States. While the hotel is said to have quite the roster of “permanent guests”, the most famous Goldfield Hotel ghost is the spirit of a woman named Elizabeth, George Wingfield’s said-to-be mistress, who allegedly became pregnant with Wingfield’s child.

Story goes that in order to protect his marriage, he initially paid her to stay away, but, growing fearful of exposure, he ultimately chained her to a radiator in room 109 throughout the entirety of her pregnancy where she was said to have cried for hours on end, begging to be released. Wingfield fed her food and water to keep her alive until the child was born, but then she disappeared altogether. One theory is Elizabeth died at childbirth, but many suspect Wingfield murdered her. What’s worse: rumor has it that her baby was thrown into a mine shaft, or tunnel, beneath the hotel. Many guests touring the Goldfield Hotel have claimed to see Elizabeth’s apparition, and some even claim to hear crying, presumably Elizabeth calling out for her child.

Other visitors have noticed a strong tobacco odor, thought to come from Wingfield’s ghost. Two other spirits are said to haunt the property; one of a woman who hanged herself and another of a man who jumped to his death off the roof of the hotel. And then there’s “The Stabber,” who is said to randomly attack those who cross the threshold with a large knife. An array of ghost hunters, and paranormal experts have visited the property (and filmed a series of reality shows), ranking it as one of the “Scariest Places on Earth,” and even going as far as declaring the Goldfield Hotel as a portal to the underworld.

After being boarded up and closed off to the public for decades, the Historic Goldfield Hotel has recently reopened its doors for historic property tours. Guided tours and paranormal investigations are available to the general public by appointment with a few caveats. Investigations require a liability waiver and proof of insurance to book. It is also important to note that the Goldfield Hotel offers limited lighting, and encourages visitors to bring their own flash lights. The historic hotel does not have heating or air conditioning, there is no working elevator (and five flights of stairs), and there are no on-site amenities or restrooms available, so please plan accordingly.

The Goldfield Hotel is part of a National Historic District. As a window into Nevada’s Wild West past and a valuable historical resource, please consider making a donation, or becoming a member of the Goldfield Historical Society. 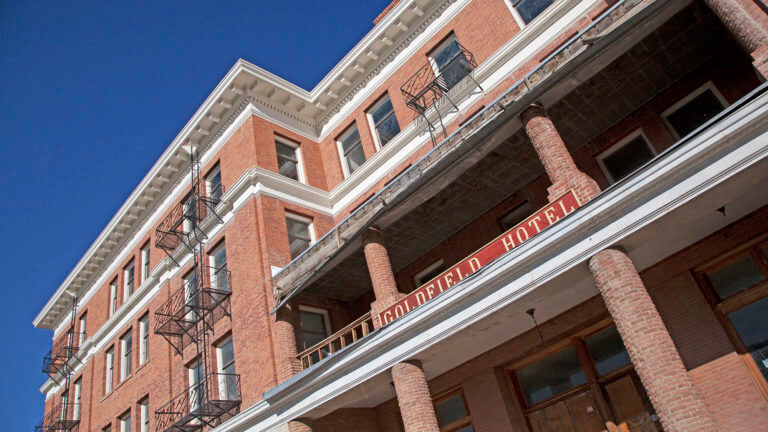 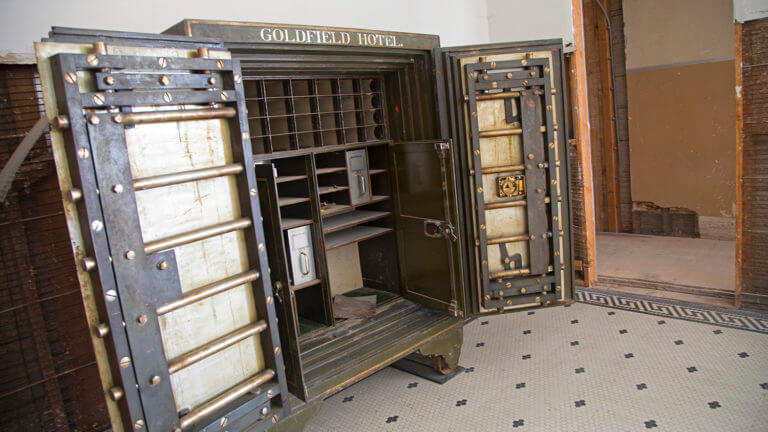 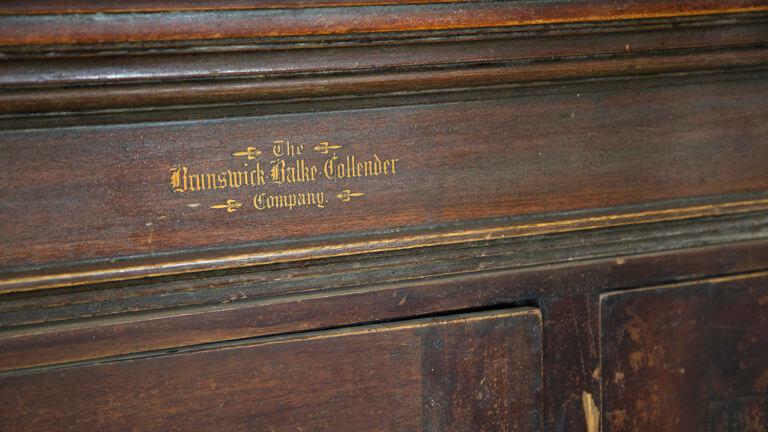 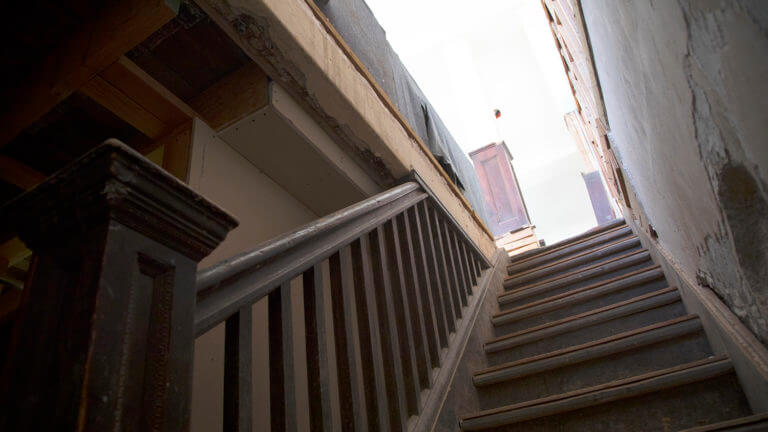 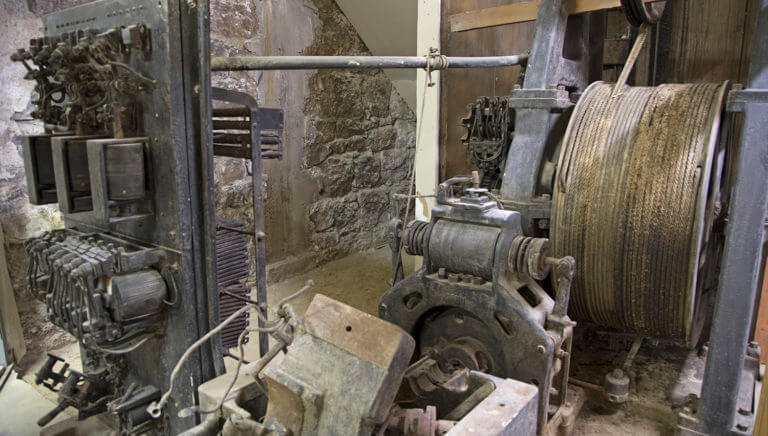 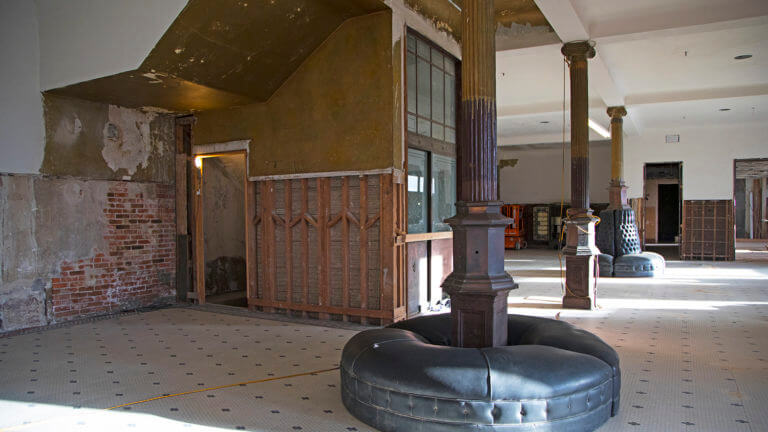