Can’t decide whether you want to tour the U.S. or take an international trip? Problem solved. By heading just a few minutes east of Carson City, Nevada’s Capital City, you can cross national borders without even having to go abroad, because there just so happens to be an official micronation smack dab in the middle of the state of Nevada: the Republic of Molossia.

So, Is the Republic of Molossia a Real Country?

The Republic of Molossia has quietly been an official, independent, sovereign country inside Nevada for more than forty years. The president, His Excellency Kevin Baugh, and his wife/first lady declared their property a micronation right in the heart of Dayton, Nevada, all the way back in 1977. The nation was initially located in Portland, Oregon, and called The Grand Republic of Vuldstein, which Baugh’s childhood partner in crime King James Spielman ruled. But when President Kevin Baugh ascended to the throne in 1995, he declared a military dictatorship, renamed the country, and moved it to Nevada.

Today, the Republic of Molossia is made up of 6.3 acres, otherwise known as Harmony Provence, and is the smallest of the Molossia Territories. As for the others? Find them spread all over the country, world, and universe. The Protectorate of New Antrim is in Pennsylvania, the Desert Homestead Province is in Southern California, Neptune Deep is at the bottom of the Pacific Ocean, and even a 49k square mile chunk of the planet Venus are all part of the Republic of Molossia.

Where is Molossia, Nevada?

The Harmony Province in Dayton is where His Excellency President Kevin Baugh and his trusty First Lady reside full time. But what officially makes his private property, surrounded by Nevada and the United States, an official republic? An entire infrastructure, like currency, laws, and other official entities.

Customs and Traditions of the Republic of Molossia

With a reported population of 34 (30 humans, four dogs) across its several non-contiguous pieces of land,, Molossia nationals consider themselves to be citizens of a developing nation. They don’t have paved roads, a hospital, or airport… but the Republic of Molossia has just about everything else.

The nation has its own currency, the valora, which is tied to the value of cookie dough, a post office, and even laws—firearms, tobacco, plastic shopping bags, catfish, “fresh” spinach, missionaries and salesmen, onions, and walruses are all contraband. Molossia does not pay taxes (although it does voluntarily provide “foreign aid” to surrounding Storey County), and has its currency printed on poker chips. There is an official language (it’s English, but the diplomatic auxiliary language Esperanto is an officially recognized second language), national anthem, bank, railroad, navy, and war office, and plenty more, too. There’s even a Republic of Molossia national instrument, which sounds a whole lot like a kazoo. Same-sex marriage has been legal within this independent nation since 2002. They recognize a slew of official holidays throughout the year, like the Moonpie Festival on September 15th and Kickassia Invasion Victory Day on April 11th. Additionally, the nation is currently at war with East Germany, even though the only bit of land still alleged (by Molossia) to be “occupied” by East Germany is an uninhabitable island off the coast of Cuba).

Visiting the Republic of Molossia

The “Government House”, aka the Baugh’s private residence, is the main building, but don’t expect to just roll through the main entrance when touring the property. Visitors are required to make an appointment for once-a-month tours (generally April 15 through October 15) to enter the nation and are required to go through customs just like anywhere else.  And don’t forget your passport—they’ll actually stamp it.

The Republic of Molossia welcomes foreign visitors, but not of the unannounced variety. This micronation is also His Excellency Kevin Baugh and the First Lady’s actual home.

So, can you actually become a citizen of Molossia? At this time, nope. Full residency is a requirement of citizenship, and the sovereign nation isn’t currently accepting any new residents. BUT, you can certainly visit.

Tours are offered once per month (April through October) usually on a weekend, and must be signed up for in advance. You can find each season’s tour dates on the official Republic of Molossia website. 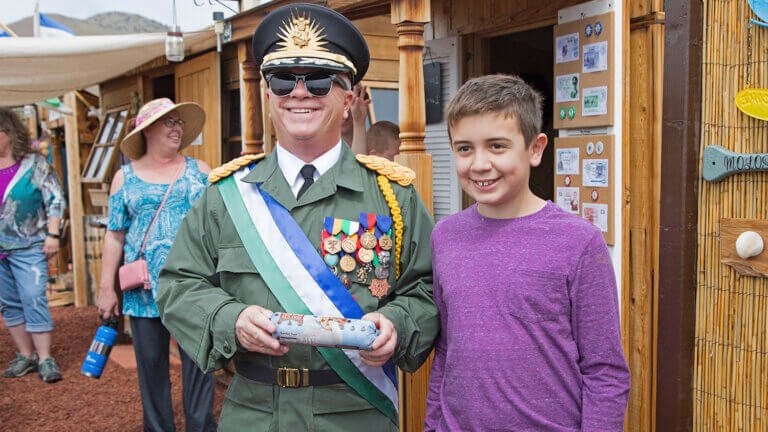 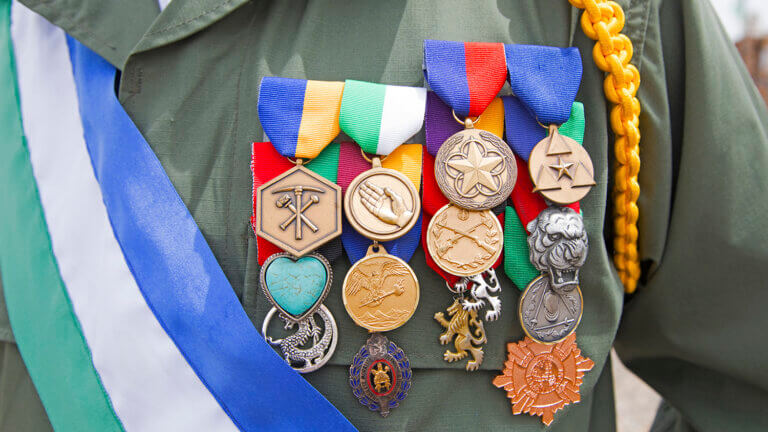 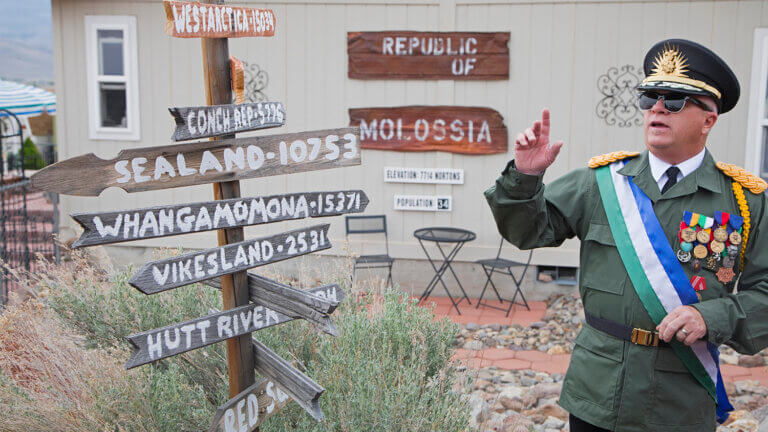 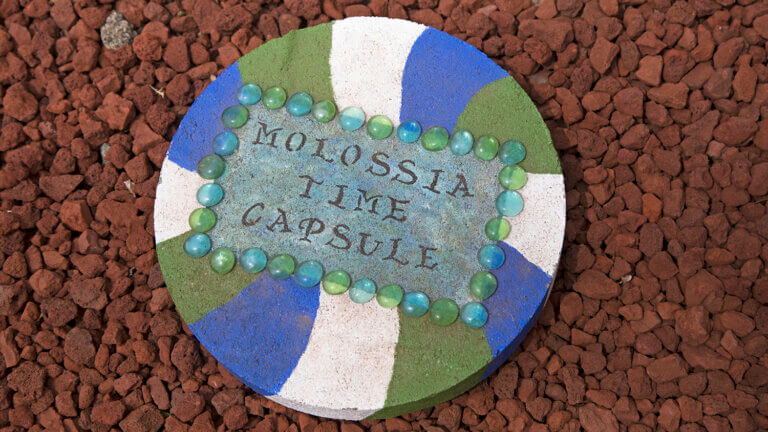 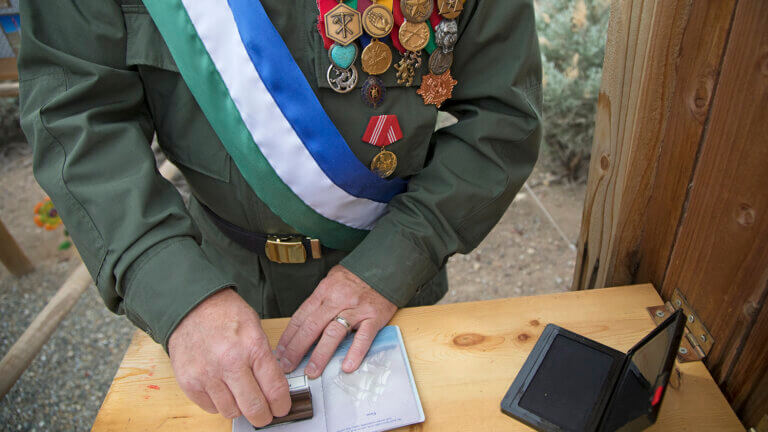 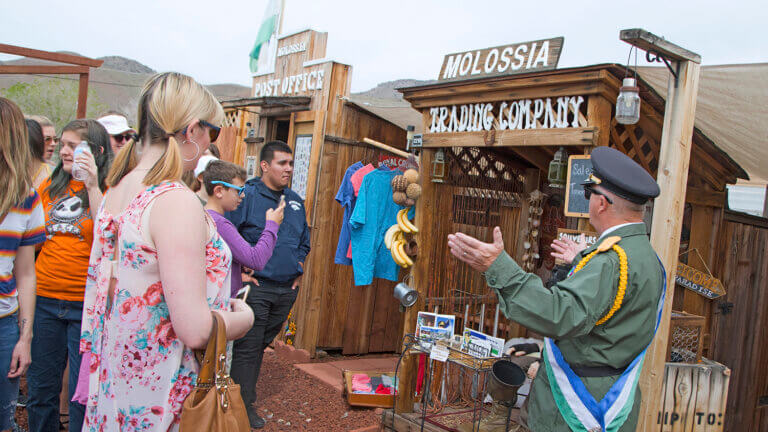 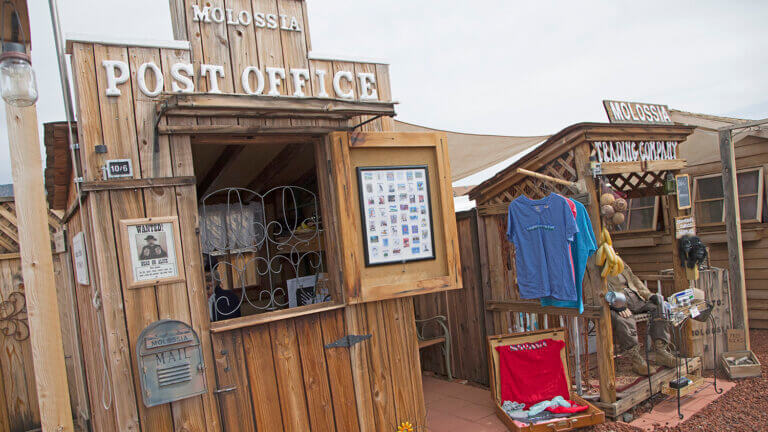 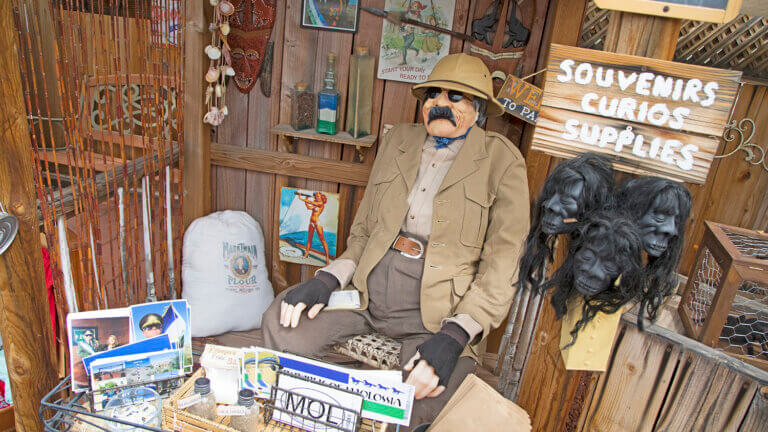 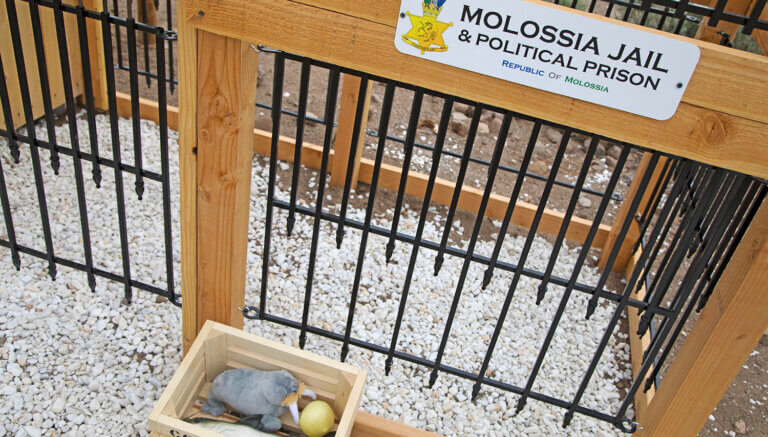 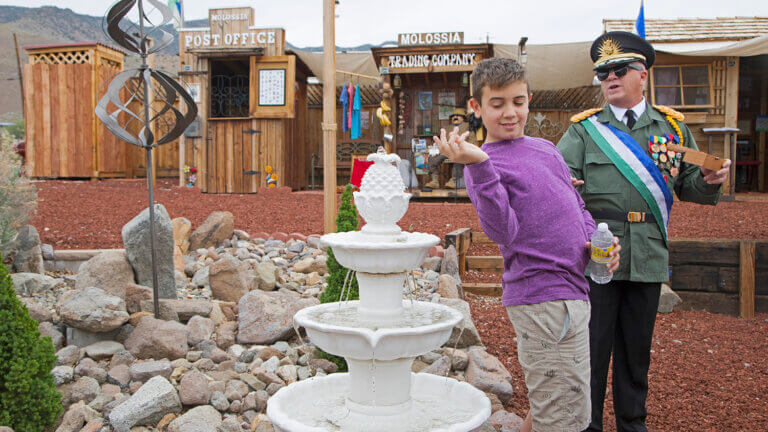 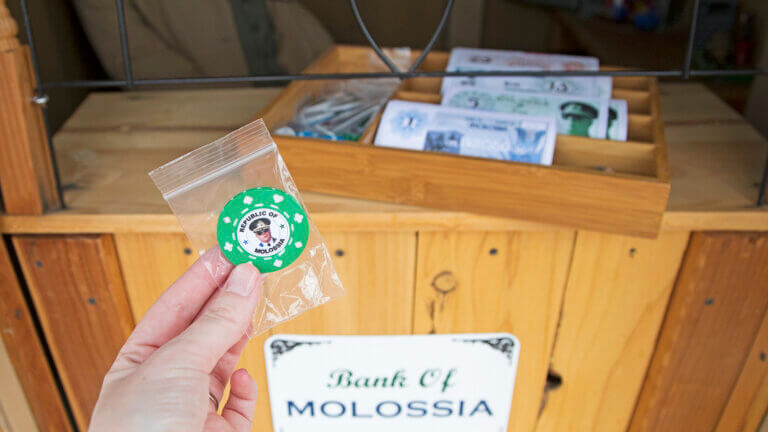