Dedicated to the conservation of raptors, hawks and other birds of prey, HawkWatch International is a Utah-based non-profit organization whose work with migrating raptors brings them to eastern Nevada—and outposts all over the world—each year. With an important field station situated in the Goshute Mountains, a team of wildlife biologists captures, surveys, and releases raptors of all kinds who follow the Pacific Flyway over the Goshute mountain range. While scientists and biologists are performing regular work important to the conservation of dozens of raptor species during migration season, they invite the general public to make the 2-mile trek up the Goshutes to learn about these fascinating indicator species, and release them back on their migration paths and back into the wild.

Nevada’s eastern border with Utah is located along the Intermountain Flyway—a migratory path that raptors have followed to winter in warmer climates each winter that stretches from northern Canada all the way to the very tip of southern Argentina. Altogether, this migratory flight path spans more than 8,000 miles, but just so happens to run along Nevada’s eastern border, south of West Wendover in the Goshute Mountains. Though headquartered in Salt Lake City, Utah, HawkWatch International has specifically chosen this state-straddling location as a home base because of its proximity to thousands and thousands of birds making their way through the region each spring and fall. Annual counts typically range between 10,000 to 25,000 birds comprised of 18 species, which makes the Goshute Mountains one the largest concentrations in the western United States and Canada.

HawkWatch founder Steve Hoffman has tracked apex predators, otherwise known as migrating raptors for decades, and officially founded HawkWatch International in 1986. Not familiar with raptors? That includes birds like hawks, eagles, vultures, and falcons of all sizes. Because nearly one-third of raptors are considered endangered, protecting them is paramount. The folks at HawkWatch operate on the premise that the health and migratory paths of raptors is a window into a bigger environmental picture. As they are at the top of their food chain, examining their overall health and the routes they follow helps to understand larger underlying environmental issues.

Since the non-profit opened in the mid ’80s, thousands of hawks, eagles, falcons and more have been counted, and banded to gather data of millions of birds heading south for the winter. Over the span of nearly four decades, the data captured at these survey sites—like the location found in Nevada’s Goshute Mountain range—has helped inform public and private land managers, other scientists, and the general public about what raptors need to survive among a rapidly changing landscape. As part of their efforts, HawkWatch works with land owners and managers to develop habitation protection plans while working to reduce external threats to birds such as habitation loss, negative contact with humans, being struck by vehicles, and much more.

Not just a conservation agency, HawkWatch International welcomes guests to the Goshute migration outpost to learn about raptors and to teach about the environment through education. Do hawks migrate? Want to know more about hawk counts and how you can help? The team up in the Goshutes can help connect all those dots.

Best yet, any visitor can participate in shadowing wildlife biologists as they capture this critical data before helping re-release these raptors back into the wild. Hawk Watch International hosts a series of events throughout the year, but the grand finale happens during the largest migration of the year in early October. During this time, a team of wildlife biologists lives in the Goshutes, keeping a population tally of the thousands of birds passing through the region, as well as capturing data and banding birds before they are re-released into the wild.

Hiking up to this remote, untouched landscape just south of West Wendover is sure to deliver during any season, but peak season—when this raptor migration is in full swing—occurs during the spring and fall seasons and is best enjoyed during early October. During this time, it’s not uncommon to see dozens of large birds soar over the Goshute Mountain Range.

Access to this #NVWildlife adventure is free, though this impactful non-profit depends on donations. Your contributions support HawkWatch International’s conservation and education programs. Show your support by making a one-time or continuous donation, become a member of the raptor conservation community, Adopt-A-Hawk, donate a kit that includes materials to build a nest box for American Kestrel research, or by purchasing apparel at the group’s online store. 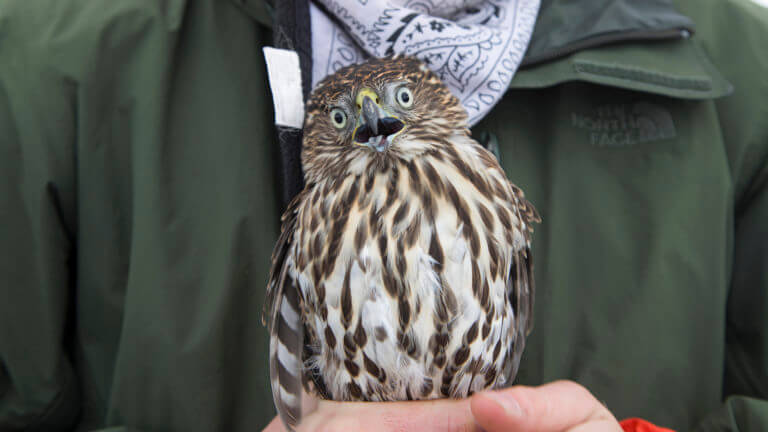 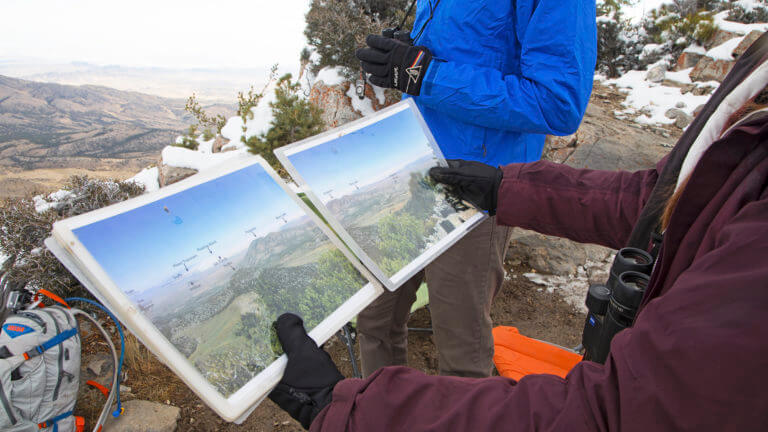 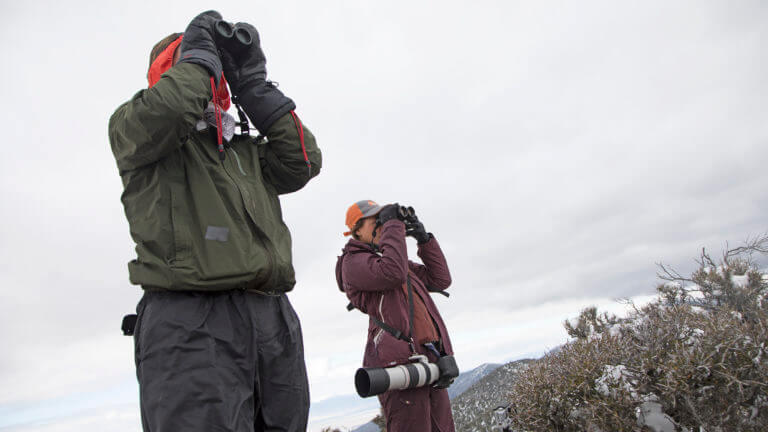 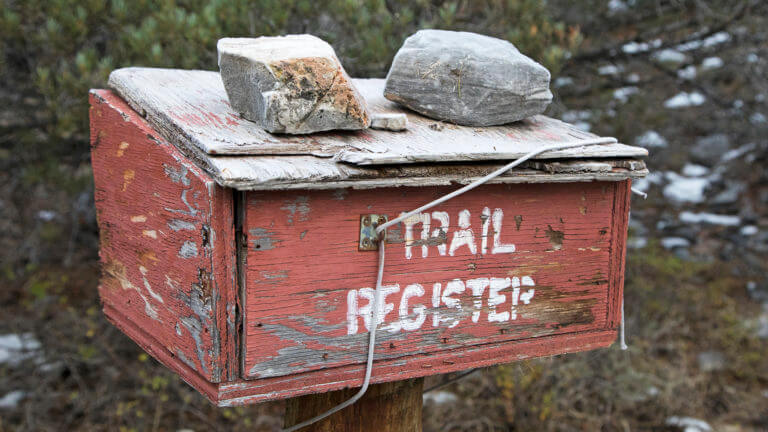 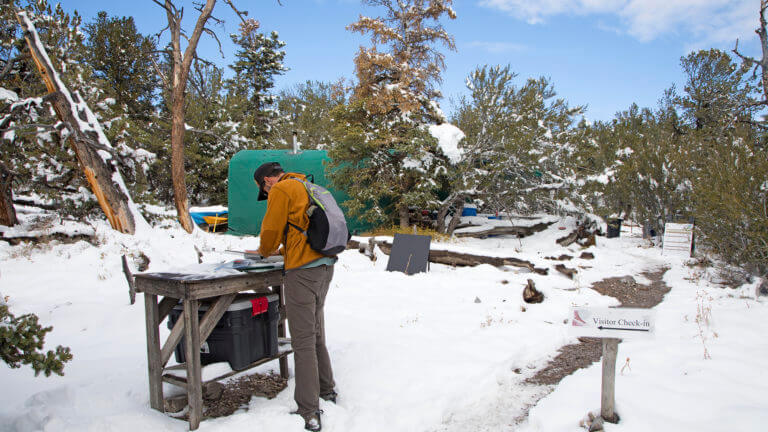 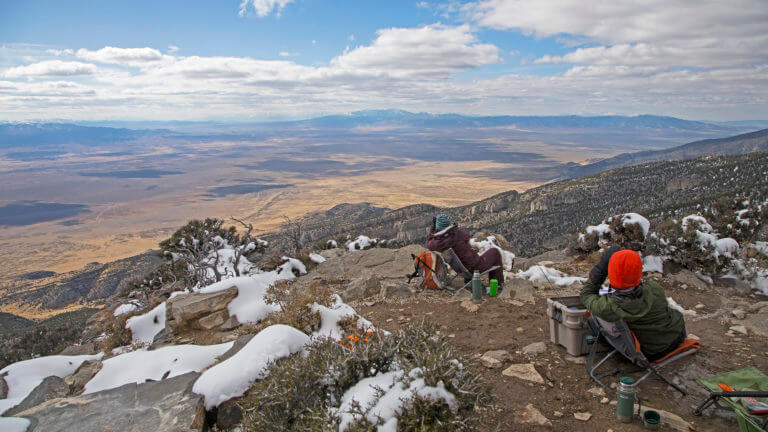 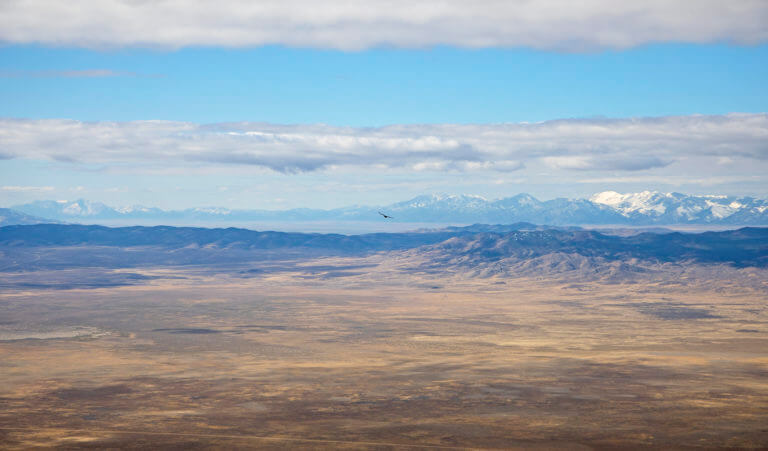 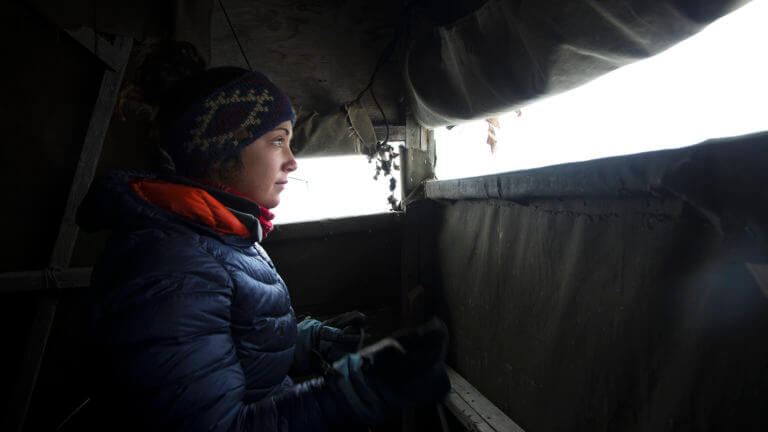 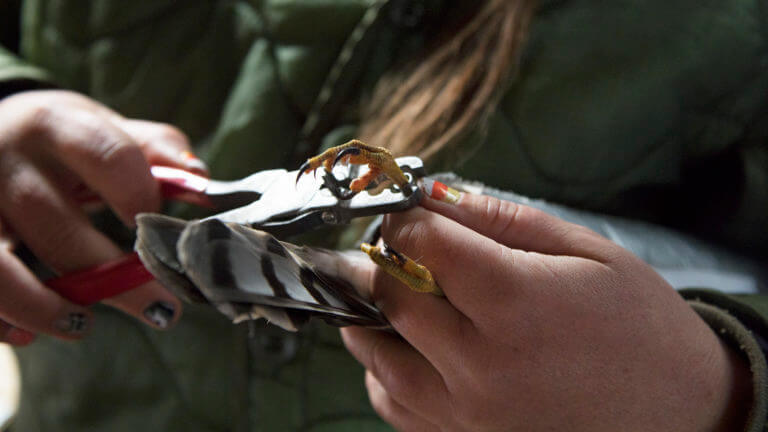 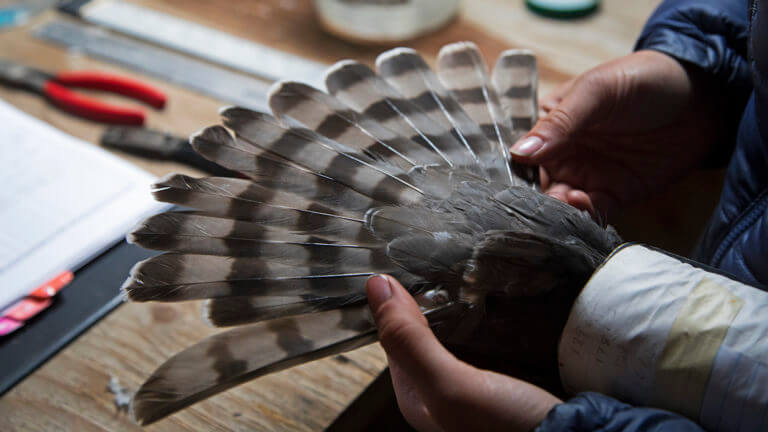 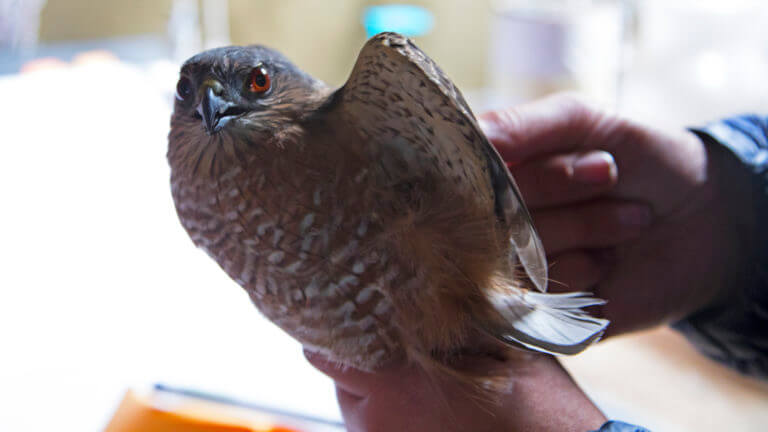 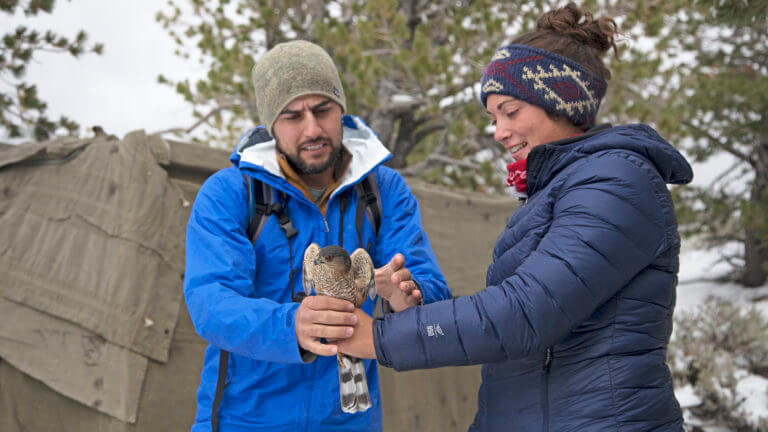