Visit the charming city of West Wendover for a restorative nights stay or take advantage of the incomparable recreational activities with a trip to Blue Lake or Pilot Peak. Wendover is a small city that straddles the Nevada/Utah border that offers surprises at every turn. Welcome to Wendover, Nevada!

When ripping through on Interstate 80—or as we like to call it, the #CowboyCorridor—it’s pretty much impossible to miss the famed Wendover Will, a 50-foot-tall neon cowboy welcoming you into the city of West Wendover. As Wendover’s formal greeter, wrangling in road-weary travelers, he pretty much sets the tone for any visit to this friendly community. With top-name entertainment lighting up the stage at exciting casinos and its veritable barrage of gaming, dining, and lodging choices, there’s a lot to take advantage of in Wendover, Nevada.

Considering West Wendover straddles the Nevada/Utah border, it’s no surprise that the town got its start as a fueling station in the middle of the desert. Initially, a single light bulb towered above the gas station and at the time was the only light in the surrounding desert landscape for miles upon miles. Wendover then boomed during the war when the Army Air Corps built a bomber training base here, which later hosted one of the largest military reserves in the world. Today, visitors can take in some culture at the historic Wendover Airfield Museum. Interestingly, scenes for the movie Independence Day were filmed here too. 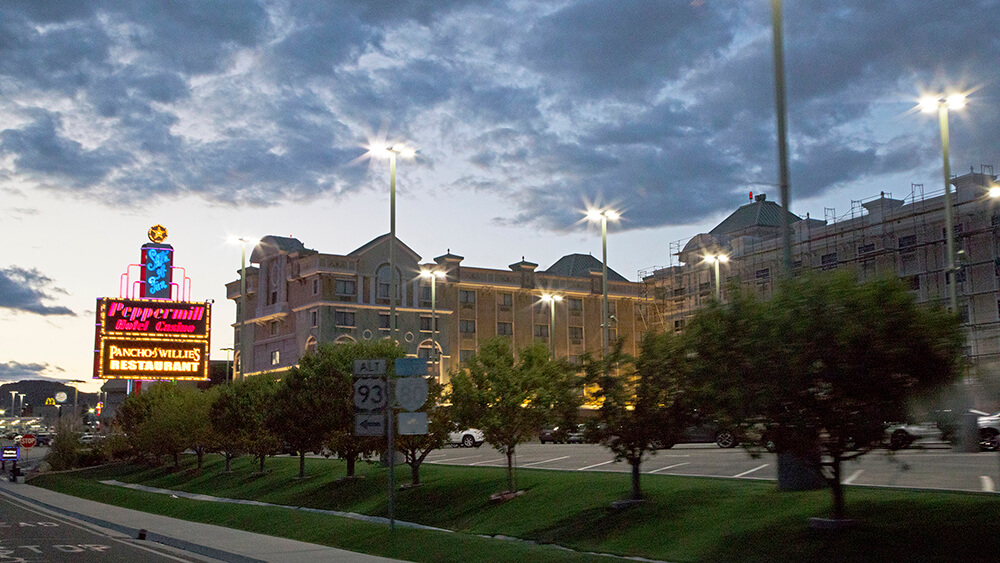 The bustling city is home to five casinos: The Peppermill, Montego Bay, Rainbow, Red Garter, and the Wendover Nugget. These exciting casino-hotels offer no shortage of slots, games, and restaurants. The Peppermill Concert Hall hosts headliner entertainment like Jay Leno, Wynona and Clint Black, while the Montego Bay Spa is just the place for body treatments and massages. Outside of the casinos, the friendly town hosts many community events around holidays as well as car shows, air shows, and thrilling speed events at the nearby salt flats, too.

Beyond the city life, there are tons of things to keep you busy. Many visitors to West Wendover, NV, make the town their home base for exploring the wilds of Nevada and Utah. Wildlife lovers and birdwatchers flock to the region, especially around the Goshute Mountain Range, to witness the “Highway of Raptors,” one of the most important raptor flyways in the U.S. Meanwhile, recreationalists show up for the hiking, mountain biking, horseback riding, and ATV touring, but there is indeed no end to the recreational splendor around these parts.

The nearby Bonneville Salt Flats are a magnet for speed demons and the site of a top land speed record—set at almost 630 miles per hour! Looking over the salt flats to the east from the top of Three Mile Mountain, it’s also possible to see the curvature of the earth, which is quite an experience. Other sights nearby are Blue Lake, a geothermal-fed lake that accommodates year-round scuba diving, and the West Wendover Trails System, which includes Leppy Hills Trails. There’s fantastic fishing in nearby lakes—including the original strain of Lahontan Cutthroat Trout at Pilot Peak, which is also Nevada’s most ultra-prominent mountain.

“COME GROW WITH US”

Wendover began to substantiate itself as a small city in the early 1930s–40s as the introduction of legalized gambling in the State of Nevada began to take off. William “Bill” Smith founded a small cobblestone service station, with that one single bulb, which provided a much-needed rest stop to travelers making the trek across the desert terrain of western Utah and eastern Nevada. This station is now known as the Wendover Nugget.

Wendover, Nevada, was known as a destination resort in the early 1970s and 1980s as the city started to expand with golf courses, more casinos, and even more restaurants, the citizens of West Wendover, Nevada (which then was as the township of Elko County), elected to incorporate themselves under self-rule. On July 1, 1991, Nevada welcomed the city of West Wendover and its new seal, “Come Grow With Us.”

In October 1999, the U.S. Department of Transportation moved West Wendover out of the Pacific Time Zone because of the strong economic ties between West Wendover and neighboring Utah. This made the city of West Wendover the only portion of Nevada legally in the Mountain Time Zone! The communities of Jackpot, Jarbidge, Mountain City, and Owyhee in northern Elko County also observe Mountain Time, but only on an unofficial basis. 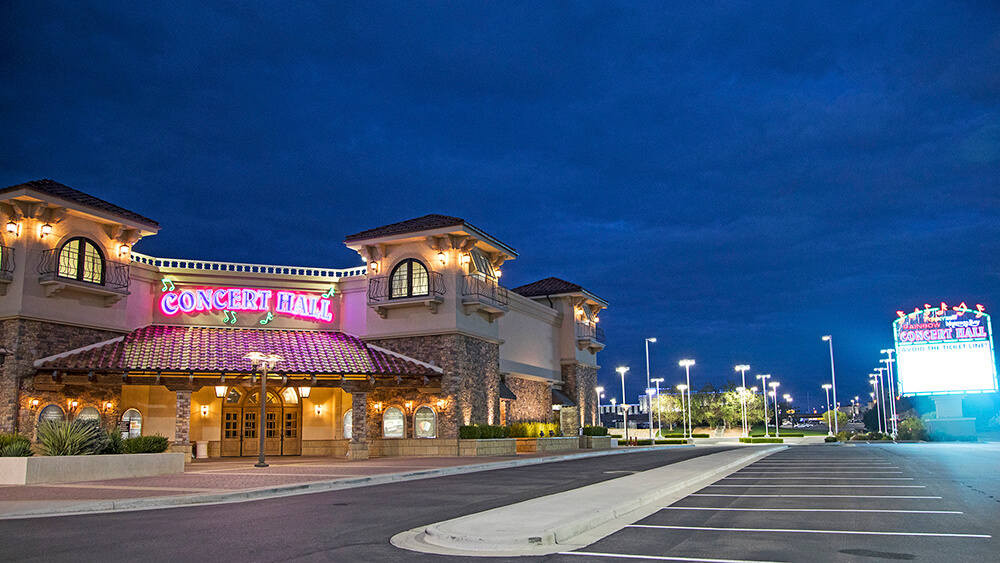 Many travelers to Wendover get confused about its location. Often confused with Wendover, Utah, Wendover, Nevada share a border. Residents in both Wendovers have voted to annex Wendover (Utah) into Nevada, arguing that they are one community that has been divided for way too long. While the decision is still being discussed politically, any change in state boundaries must be approved by the U.S. Congress as well as by the two state legislatures. We’ll keep you posted about when these two, long lost lovers finally tie the knot (and join their borders), but it sounds like it might be awhile.

Not many people know that Wendover is home to many firsts in our country. Wendover, Nevada, was the sight of the connection of the first Intercontinental Telephone Line, the place where world land speed records are set and exceed 626 MPH (as fast as a commercial airliner cruising at 30,000 feet), as well as home of the 509th Composite Group, which was formed to organize, develop and deploy the world’s first atomic weapons used to bring World War II to an end.

The 509th Composite Group commanded by Colonel Paul W. Tibbets, along with one of its divisions, the 1st Ordnance Detachment, were responsible for the assembly and modification of atomic aerial devices. The 1st Ordnance Detachment later became part of the Manhattan Engineers.  The missions of the 509th went down in history as the atomic missions over Japan (Hiroshima on August 6, 1945, and Nagasaki on August 9, 1945).  This was the first and to date, the only, atomic bombardment exercised by one nation against another. While Nevada has always been known for atomic testing, today the test sites offer monthly public tours which are often fully booked months in advance. Visitors should note that while they are on the tour that phones, cameras, and binoculars are not allowed. Also remember, you won’t be able to take home any rocks or rubble as souvenirs!

IF NEON COWBOYS COULD TALK 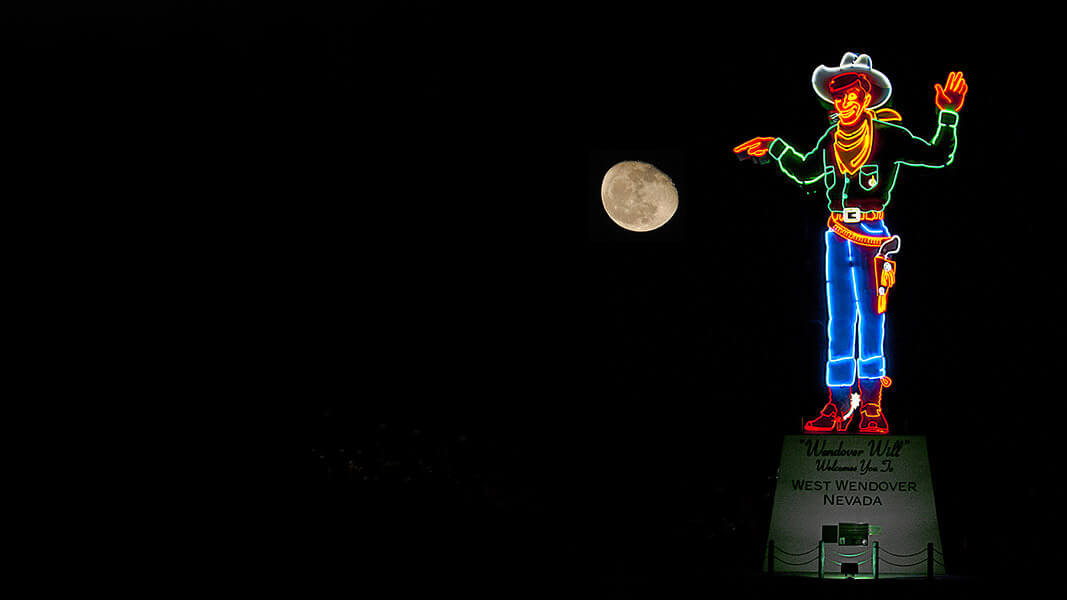 Wendover, NV, is home to not only just a Nevada icon, but a national icon and one that is unsurprisingly, known around the world—Wendover Will. Wendover Will is as real as it gets. He’s been waving tourists and locals into Wendover for decades, and, is made of hand-worked neon, not that LED look alike neon that we’re used to seeing these days. The same neon that was used to create him in ’52. We’re lucky the Young Electric Sign Company (YESCO) keeps Will looking fresh all year long, because the city just wouldn’t be the same without him. Hundreds of thousands of visitors have take photos with Will; it’s sort of a rite-of-passage. If you’re passing through Wendover, we hope you’ll stop to give him a hug or a handshake. If you like the selfie you took with Wendover Will enough, you can submit it to the City of Wendover’s website and view the other hundreds of photos that have been submitted of Will and his fans from across the states, and even a few countries!

So, what are you waiting for? Get a real feel for Interstate 80, head for the high desert hills and say howdy to Nevada’s favorite cowboy, Will. He’ll leave the light on for ya. 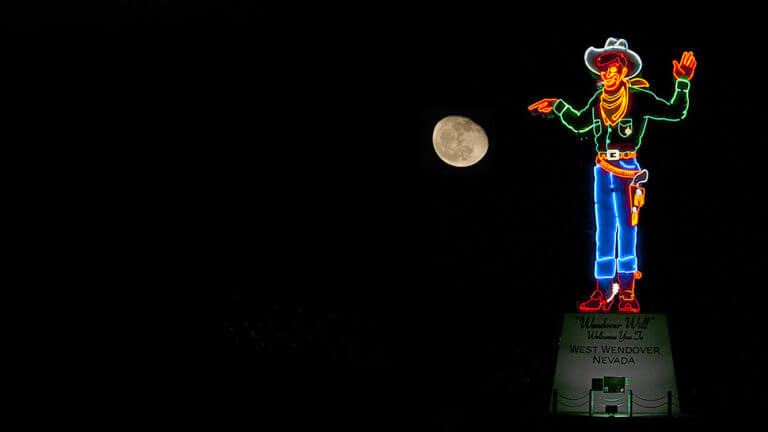 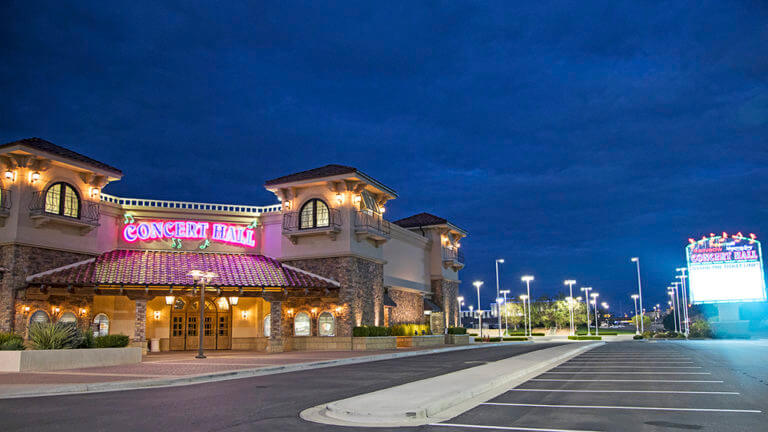 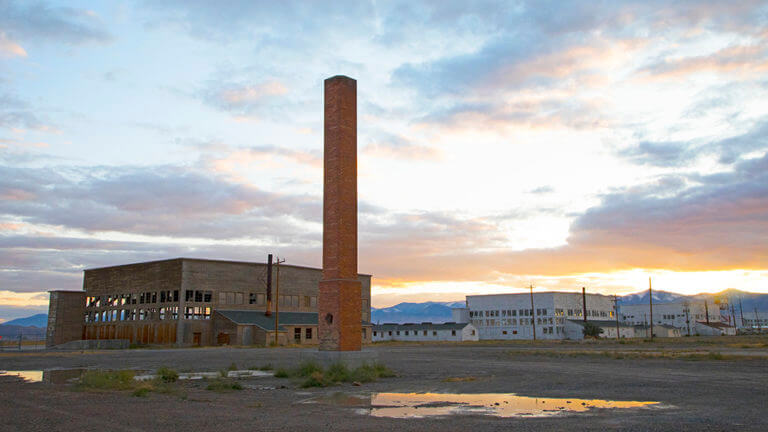 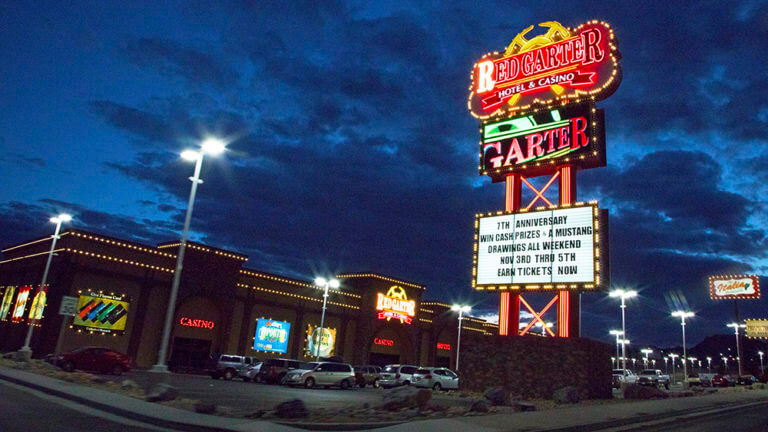 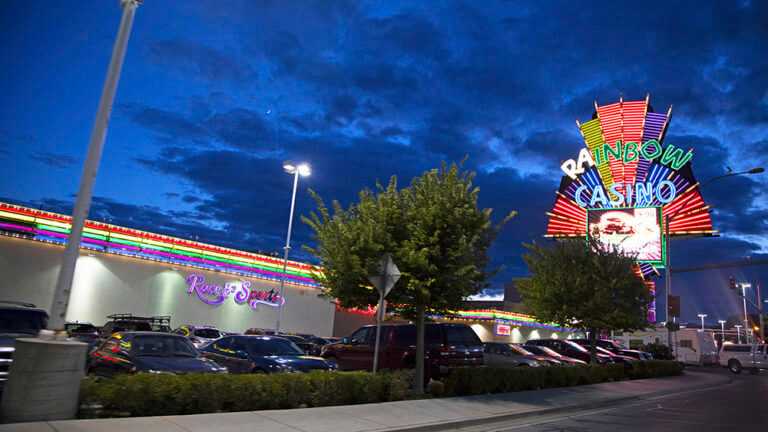 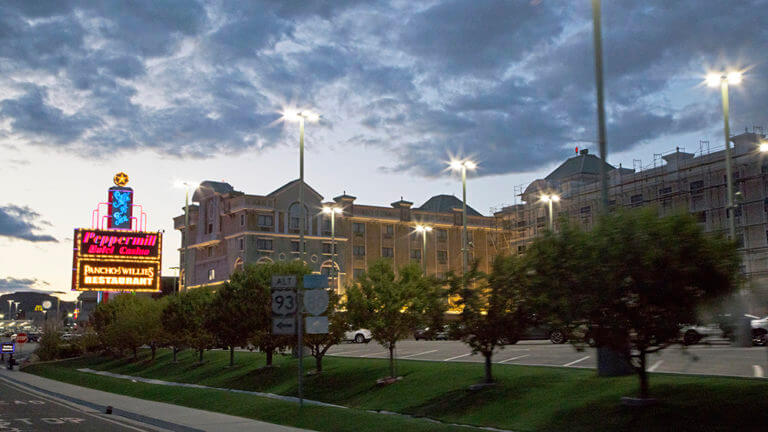