Usually, when you think of tombstone inscriptions, they run along the lines of “Dear, Departed Mother,” or “Faithful, Loving Husband.” Less expected is a very matter-of-fact epitaph such as “Gunshot,” or “Man Died Eating Library Paste.” But expectations and reality often clashed in the Wild West and, sure enough, that’s the sort of grim humor you’ll find on the grave markers of the permanent residents of Esmerelda County’s Goldfield Cemetery.

Goldfield offers a handful of funky shops, Sagebrush Saloons, and historic hotels today, but this central Nevada gold mining town was once the state’s largest city, springing up nearly overnight into what would soon be dubbed the “World’s Greatest Gold Camp.” In true Nevada fashion, most of the old boomtowns scattered across the state were lost to accidental fire, but Goldfield had it particularly bad after suffering not only a few fires but also a flood, stripping this endlessly interesting area of its once-flourishing businesses. Luckily, plenty of authentic, old-school buildings still stand, several of which can be toured, to the delight of history buffs and ghost hunters alike.

In fact, it was such a happening place that it drew in famed western lawmen such as Virgil and Wyatt Earp. Gold mining was so lucrative that it was one of the first places that miners actually went to measures like hollowing out boot heels and ax picks to bamboozle their own lode in secrecy. The Goldfield Hotel was rumored to have flooded the lobby steps with champagne during its grand opening, the county courthouse had (and still has) Tiffany lamps adorning the walls, and the Goldfield high school was one of the first in the area to have lavish amenities like heating and drinking fountains. Want another tip? If you’re into ghost hunting, do not pass up the opportunity to tour the remains of the haunted hotel.

So, what goes along with a serious boomtown? An endlessly interesting cemetery, of course. Goldfield’s cemetery was originally located in the center of town, but as the population and infrastructure swelled to accommodate 20,000 people and the railroad came to town, they needed to relocate the local burial ground. The railroad company didn’t want passengers stepping off the train and onto graves, and the city didn’t want graves near its largest hotel, so a group of men assembled to relocate the remains. Known as the “Official Ghouls,” this group of men unearthed the remains in the middle of the night, moving them to the modern day site on the edge of town.

Visitors should be respectful in any case, but it’s important to note that the cemetery is still being used as Goldfield’s present-day burial ground. The historical section can be accessed all the way to the back on the left. The large white stones, used as grave markers, make the plot easy to locate.

Interestingly, Virgil Earp was once buried here, but his body was later exhumed and relocated to Oregon. To learn about more interesting stories associated with the people buried here, visit Goldfield Historical Society’s website. And, while you’re in the area, be sure to swing into nearby Tonopah to learn more about the region’s history at the Central Nevada Museum.

The Goldfield Cemetery is open all hours, but only the truly brave enter this supposedly haunted graveyard after dark.

There is no cost to enter the Goldfield Cemetery. You can join the Goldfield Historical Society to help preserve this and other local historic sites. 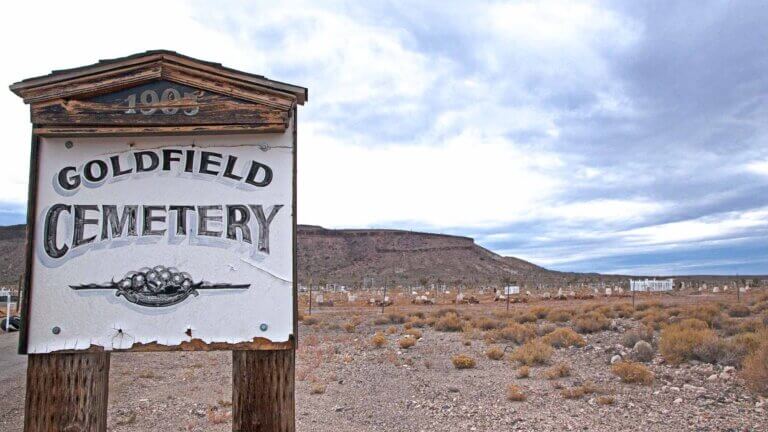 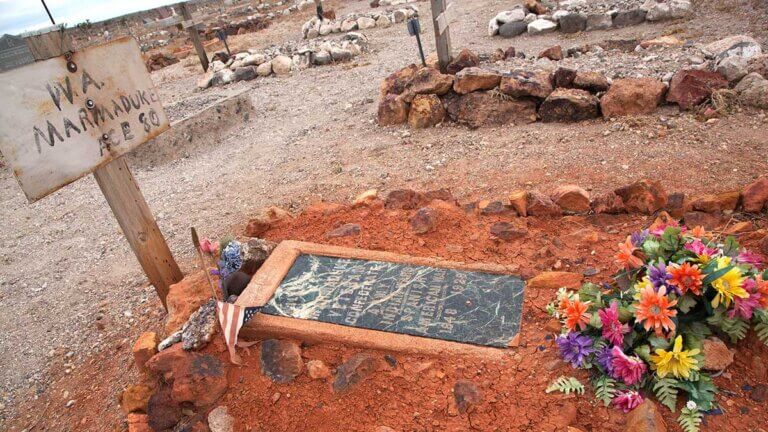 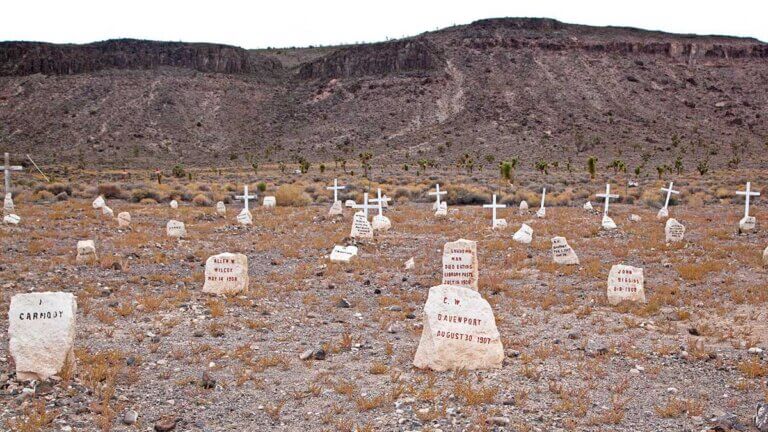 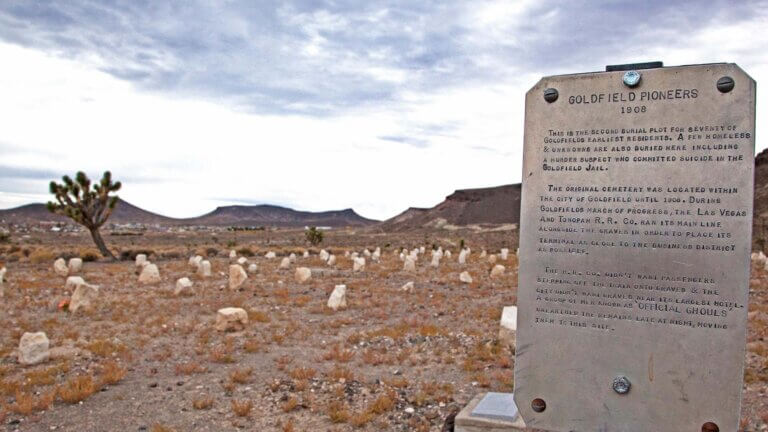 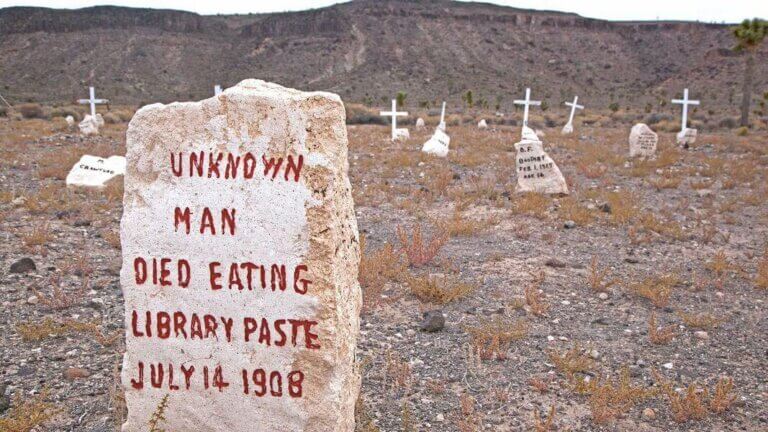 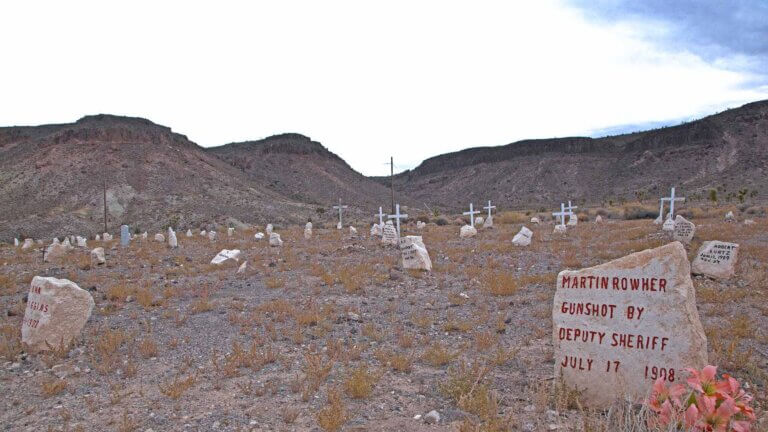 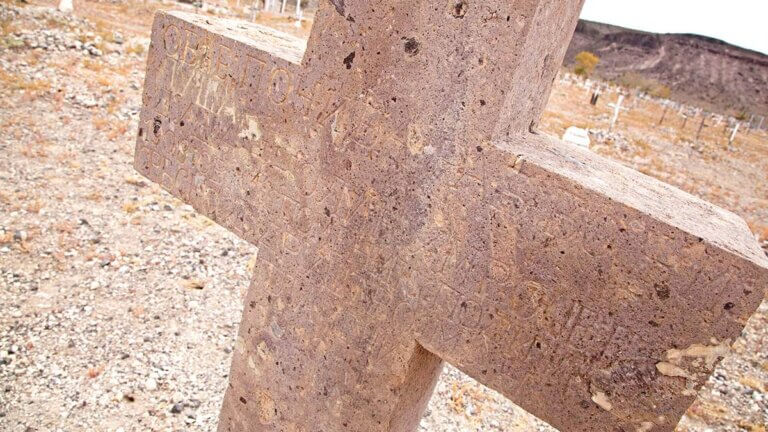