Lamoille Canyon, often referred to as the “Yosemite of Nevada,” is a breathtaking glacial-carved recreationalist’s paradise. Come for the camping, hiking, fishing and even heli-skiing, but stay for Lamoille’s good restaurants, classic Sagebrush Saloon, and its seriously photogenic historic church.

As quite the snug and picturesque little village tucked away in the foothills of the Ruby Mountains, Lamoille is not too far from Elko in the northeastern corner of Nevada. What it lacks in size, it more than makes up for in charm and amenities. Home to one of the rare heli-ski operations in the west, with more than 500 square miles of ski terrain it is the largest in the nation to boot. That means when winter rolls into Lamoille, the locals get busy.

First settled by John Walker and Thomas Waterman in 1865, the community was originally dubbed Vermont, in honor of their native state. In 1868, Walker established the Cottonwood Hotel, which was complete with a mercantile store and blacksmith shop. Following Wild West form, a saloon was opened before long, and a community really started to take form. At this time, this little hamlet became known as The Crossroads. Before long this Western community was used as a stage stop where wagons could replenish food and supplies. By 1880, Lamoille’s population reached 200+ and by 1884 the first frame house was erected. Later, the name Lamoille stuck after also stemming from Waterman’s home in Vermont. The french word La Mouette, meaning ‘gull-inhabited’ was given to the Lamoille River in Vermont. Interestingly, a cartographer subsequently forgot to cross the T’s, which led to people calling it La Mouelle. Eventually, this area in Vermont became known as Lamoille, and this stupefying beautiful section of Nevada was named after it.

By 1905, Lamoille’s first church, The Little Church of the Crossroads, was dedicated on November 5, 1905. When visiting Lamoille today, be sure to stop and see the Little Church of Lamoille. A few minutes inside the fence line and you’ll know what we’re talking about. As one of the most photographed places in Elko County let alone the state, this charming Nevada icon is one to visit, especially for photography enthusiasts.

Today, the town of Lamoille is an inviting mix of ranching operations and country lanes. There are cozy lodgings to be enjoyed at the Hotel Lamoille, and mouth-watering entrees to sink your teeth into at the nearby Pine Lodge, an old standby in Lamoille for fine dining. Aside from the cuisine, it’s got quite the reputation for its museum-quality displays of game animals—running the gamut from deer and moose to mountain lions and bears—right in the dining room.

But, the real thrill of Lamoille—and the reason adventure-seekers are drawn to the area from all over the world—is the Ruby Mountain Heli-Experience. Powder-hungry athletes have been flying into this tiny town for decades—since 1977 to be exact—in search of world-class skiing begging to be enjoyed in the Ruby Mountains. The choppers lift from a pasture near the entrance to Red Ranch—a magnificent ten-room guest house that exemplifies Western luxury—and drop their passengers at the summit for the ride of a lifetime.

When warmer weather comes, Lamoille has a few more tricks up its sleeve. The scenic Lamoille Canyon Road is one of Nevada’s gems, and that’s saying a lot considering the Silver State is packed to the brim with beautiful byways. The road leads to a plethora of recreational opportunities, particularly in the summer months, including camping, picnicking, fishing, easy strolling or serious hiking in what’s known as the Alps of Nevada. It’s also where you can access the trailhead for the 33-mile Ruby Crest National Recreation Trail, which offers views of some of the most spectacular scenery in the West.

As a must-see when trekking Nevada, definitely make time for this unforgettable jaunt the next time you’re in our neck of the woods. 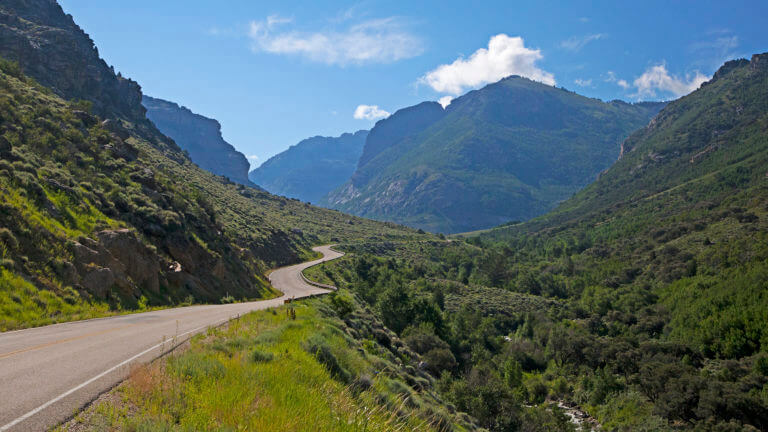 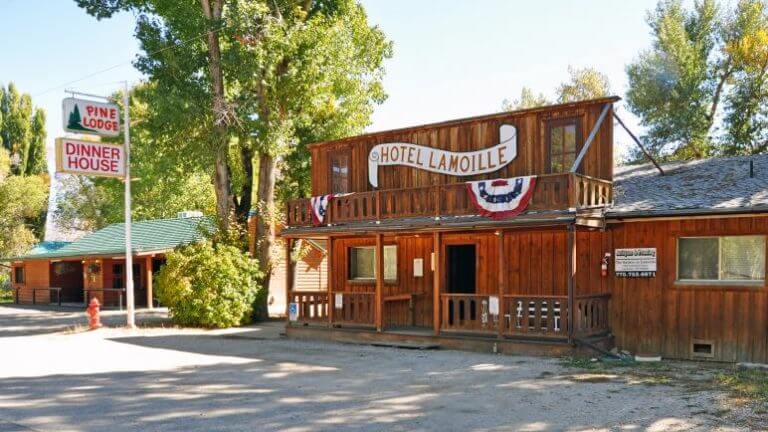 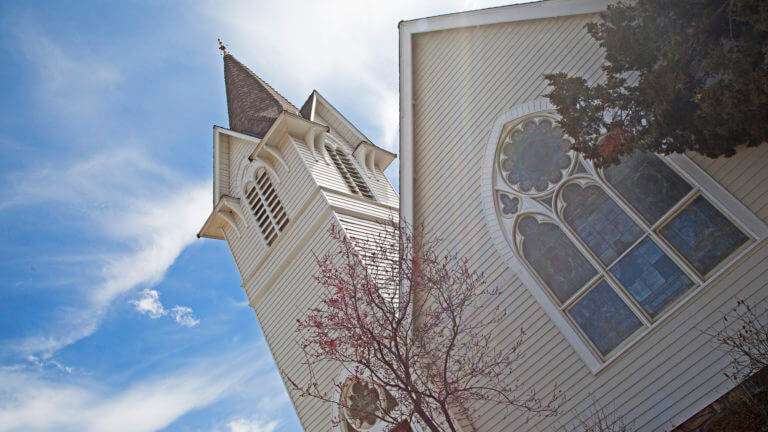 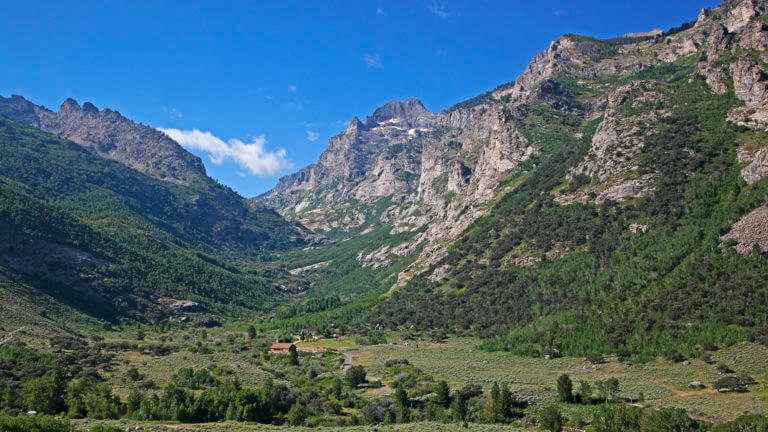 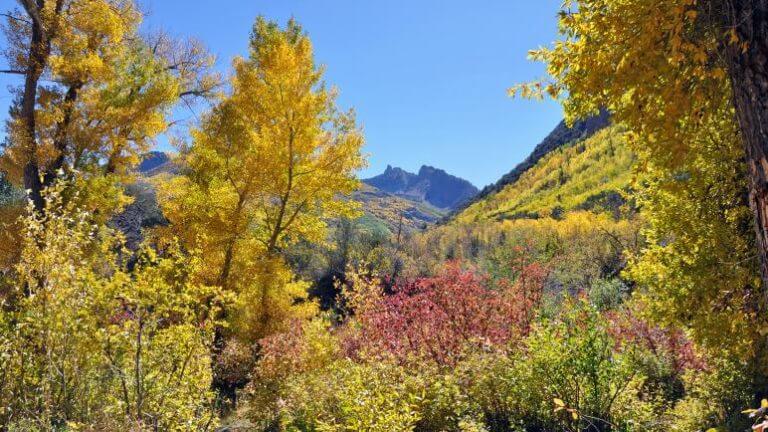 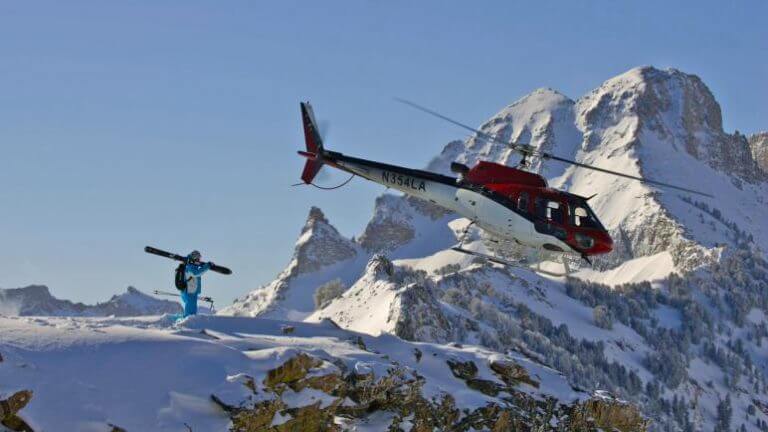 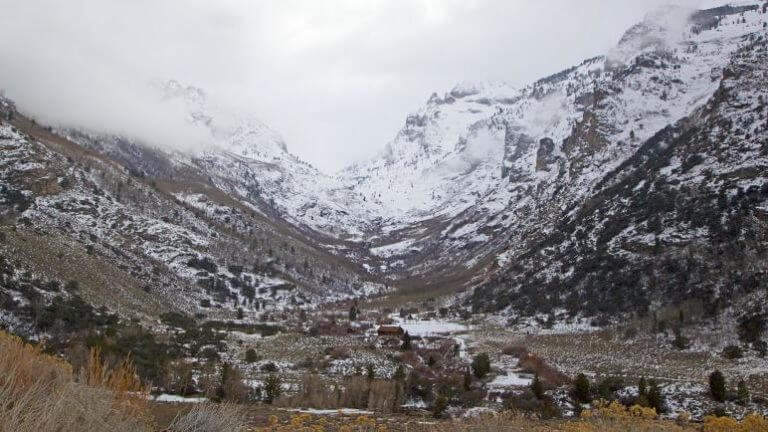