From Massacre Rim, to Great Basin National Park, to Tonopah and beyond, Nevada boasts some of the darkest skies in the country. Even though millions of stars, constellations, planets, and galaxies are visible to the naked eye every month of the year, one of our fave astronomical events of the year is the Perseid Meteor Shower, where you can see between 150-200 meteors per hour. Best yet, Perseid Meteor Shower happens each summer, right in the middle of Nevada’s prime-time Milky Way viewing season. So grab your telescope, dark sky chart, long exposure camera setups, and load up the whole fam for a trek into some of the best stargazing conditions in the United States.

One of the most visible meteor showers of the whole year, Perseid Meteor Shower typically lasts more than a month, usually beginning sometime in mid-late July then continuing through the end of August. In 2023, Perseid will occur from July 16 through August 23, with the best visibility during its peak on August 11-12. You won’t need any special equipment to see meteors with the naked eye just about anywhere, but especially in Nevada, just hope for a clear sky, some patience, and a secluded viewing spot away from light pollution in major metropolitan areas.

Some of the best places to see Perseid is Lamoille Canyon & the Ruby Mountains, the Tonopah Stargazing Park, Lunar Crater, Massacre Rim and the Black Rock Desert, Basin and Range National Monument, as well as Great Basin National Park and Death Valley National Park—both of which are International Dark Sky Parks with Dark Sky Ranger-led programs happening year round. Otherwise, just about anywhere else in rural Nevada and away from metropolitan light pollution works, too. For a full list of our fave places to stargaze in the Silver State click here. 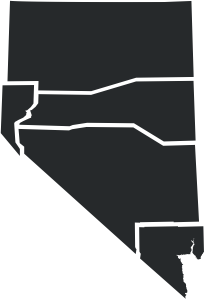 Some of the most beautiful golf courses in the world beckon golf fans, A-List celebrities, and outdoor recreationalists of all kinds for the annual summertime American Century Golf Championship in spectacular South Lake Tahoe.

Pull the chopper out of the garage—it’s rally time in northern Nevada! At Winnemucca’s annual Run-A-Mucca—home of the burning bike—count on live music poker runs, VIP parties, vendors, and more.

Hoist up a cold one of Nevada's largest beer festivals, held in the heart of the "City That Built Hoover Dam."

Nobody lights up America’s birthday like the Battle Born State.

Ready to get acquainted with some of the darkest skies on planet earth? An International Dark Skies-certified park, get Death Valley’s Dark Sky Festival on your calendar for an unforgettable celestial show. A Dark Sky Ranger-led Death Valley National Park event, listen in on astronomy lectures from the the pros at NASA and the Jet […]

Get in touch with your inner pioneer at the annual Dutch Oven Cook-Off at Cathedral Gorge State Park, where cast irons reign supreme—rewarding attendees with delicious fare, raffle prizes, and all manner of family fun.

Ready to dive into all the Black Rock Desert has to offer? Held by Friends of Black Rock High Rock each May, head to Gerlach to experience geology walks, history talks, group hikes and rides, photo contests, volunteer hot spring cleanups, rocket launches, and more.

Set against one of the most iconic landscapes in the world, register for the super endurance race of a lifetime at this beloved West Wendover racing event.